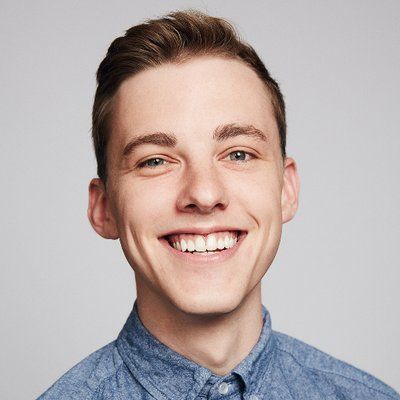 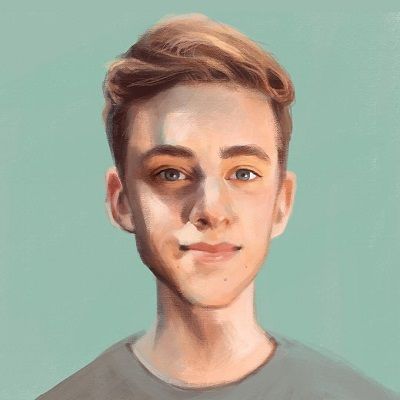 Jon Cozart is 30 years old. He was born on April 26, 1992, in Little Rock, Arkansas. Likewise, his astrological sign is Taurus. Later, he grew up in Houston, Texas, from the age of six. He has three siblings, two brothers, and a sister. There is no information regarding his parents. His sister’s name is Liz Cozart Boyles and one of his brother’s names is Rick Cozart. Likewise, he has also featured his family on social media handles. 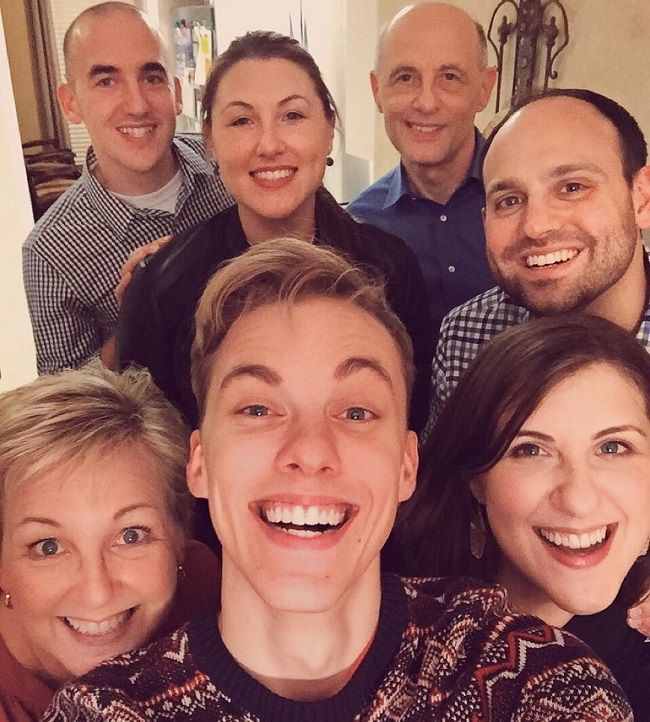 Caption: Jon Cozart posing for a selfie with his family member (Source: Instagram)

Moving toward his educational background, he attended Cypress Creek High School and graduated in 2010. Later, he shifted to Austin, Texas, and studied film at the University of Texas. When Cozart was a young kid, he took piano lessons.

Jon Cozart started his social media career through a YouTube channel named Paint. His YouTube channel “Paint” is gifted to him by his brother. The channel was launched on December 27, 2005, and has over 4.6 million subscribers as of April 2020. As a way to avoid writing papers, he started his video career in middle school, offering to make videos instead, and continued this through high school.

The first video posted on the channel is titled “Share The Love (Original Ukulele),” on February 14, 2010, and has got  7,662,062 views. Since then, he has been posting videos on his channel and has got millions of views on every video. He earned fame when he auditioned for Glee, getting far in the process but unfortunately falling short.

On July 17, 2011, he posted a video titled “Harry Potter in 99 Seconds.” This video quickly became viral video, with 50 million views as of April 2020. Harry Potter is one of the unmatchable characters in the world of fiction. And Cozart gained fame and recognition through his creation of the onscreen portrayer who touched upon his classic tale. When he uploaded the videos, he never knew it would change his fortunes forever. This video instantly became viral and built his fame as a prominent YouTuber.

Following the popular video of his Harry Potter video, he again came up with the ‘After Ever After’ in 2013. The video was about his Disney parody videos, which place Disney Princesses into modern features through a cappella layering of his voice to supply the music. It has amassed 89 million views, as of February 2020. This video was also notably successful and further made his reputation as a renowned YouTuber. He also supported it up with a self-introduction video ‘ME ME ME’ that gained one million subscribers on his channel. Soon, he multiplied his followers with the sequel video ‘After Ever After 2’.

Taking his popularity to the next level, he even created another channel, ‘Paintchips’ for uploading vlogs. He posted the first debut video on his new blogging channel on October 5, 2014.

In 2015, he has conducted a show in London, England titled ‘Laughter Ever After’ at the Edinburgh Fringe Festival. He sang his classics and talked about his experiences as a YouTuber on the show. the show. Similarly, his live performance of musical comedy was well-reviewed by viewers, stating, “Jon Cozart entertains with his witty, heartfelt music.”

He has also joined fellow YouTube artists Dodie Clark, Tessa Violet, and Rusty Clanton in 2016 for chosen shows of the short and intimate Transatlantic Tour along the east coast. 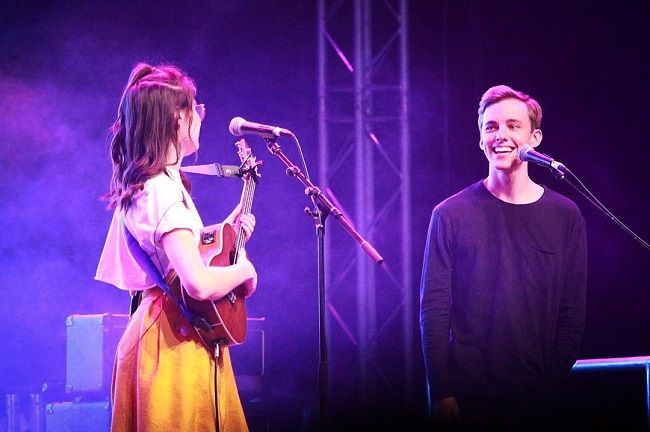 Cozart has even hosted the 7th Streamy Awards on September 26, 2017. Unfortunately, his hosting accomplishment was described as “vicious” by Newsweek, and the show introduced a musical number in which he negatively connected nominee Jake Paul to U.S. President Donald Trump. He also described his strategy as mimicking the noted “hypocrisy of the new media industry.”

Cozart has got two nominations for Streamy Awards for his tremendous YouTube work. Likewise, in 2016, he got nominated for “YouTube Culture: A Song” and in 2017 Streamy for “RIP Vine: A Song” along with Thomas Sanders.

Speaking on renowned American YouTuber, musician as well as a comedian Jon Cozart’s earning, he has earned a handsome amount of net worth through his successful work in the entertainment industry. Therefore, his estimated net worth is around $2 million. He lives blissfully and lavishly with his good fortune.

Reflecting on Jon Cozart’s personal life, he is bisexual. He came out as bisexual on June 15, 2017, via his official Twitter account. Currently, he seems to be saying no one and single. Further, he keeps on posting pictures with his friends on his social media handles and enjoys friends’ time.

Talking about his past lineups, he was once in a relationship with blogger Shannon Barry. However, their relationship did not last long. Furthermore, he is currently controversy-free and has been maintaining a clean profile. 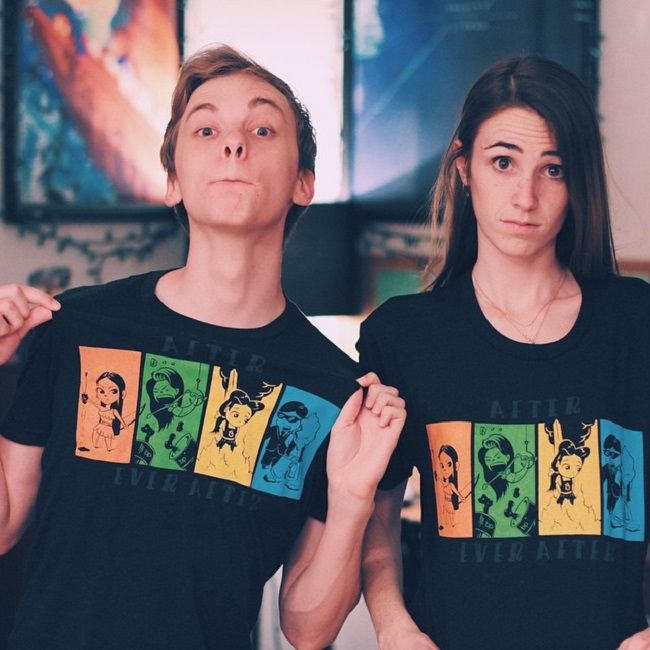 This 27-years-old Internet influencer Jon Cozart has a good personality. He has great height with a slim body type that stands 5 feet 7 inches. And, he weighs around 61 kg. He has a pair of greyish blue eyes and blonde hair color.