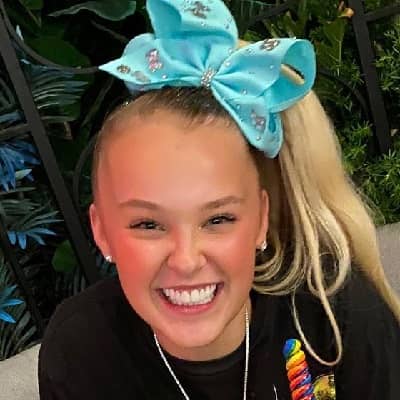 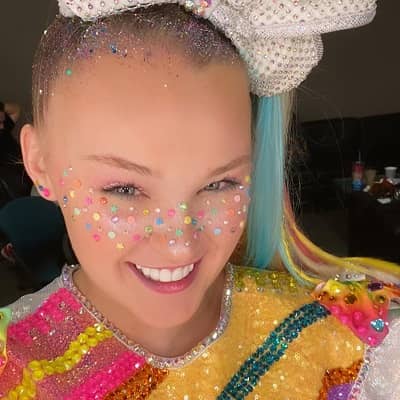 JoJo Siwa is a very talented American YouTuber, dancer, actress, and also singer. JoJo Siwa was the youngest contestant to take part in the 2nd series of “Abby’s Ultimate Dance Competition”. Moreover, she grabbed more attention after her appearance in the 5th season of the “Dance Mom” reality show.

JoJo Siwa’s full name is Joelle Joanie Siwa. Her date of birth is 19th May 2003 and her birthplace is Omaha, Nebraska, and she is 18 years old. She holds an American nationality. Similarly, she is just seventeen years old and her sun sign is Taurus. The talented YouTuber was born to her parents, father, Tom Siwa, and mother, Jessalynn Siwa. Moreover, her dad is a Chiropractor at Northwest Chiropractic and her mom handles her own dance school.

Her mom seems to be very close to her and is also supportive of her career. Also, her mother was also together with her in various reality shows. She also has an elder brother and his name is Jayden Siwa. He is also an Instagram star and dancer. Regarding her educational background, she was previously homeschooled. As of now, she is studying in grade eight. 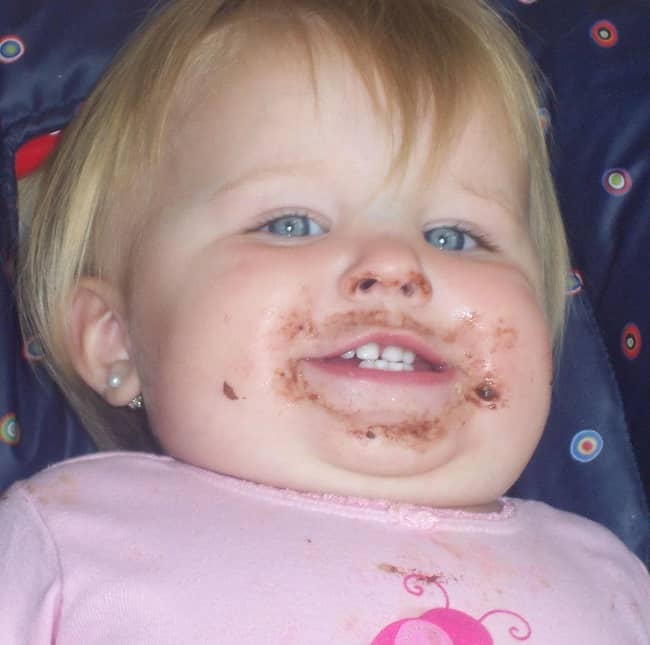 Caption: JoJo Siwa when she was a kid (Source: Instagram)

JoJo Siwa began her career after being the top five finalists and the youngest contestant on season 2 of “Abby’s Ultimate Dance Competition”. The producer was Abby Lee Miller of Dance Moms fame. She was present on the show together with her mom and was out in week nine. Then, she soon started to show her appearance on “Dance Moms”, starting with giving an audition for Miller’s “ALDC” dance competition group in the year 2014. She was in the group in early 2015. Similarly, Siwa published “Boomerang” for download and an earlier single, “I Can Make U Dance” in May 2016.

“Boomerang” targets the subject of online bullying. The video has been viewing for more than 900 million times and was achieving more than 2.5 million likes as well. Siwa got the name of the Breakout Artist of the Year by Vivid Seats in the year 2018. Then, in 2018 she announced that she would be going on her 1st massive concert tour in the year 2019. The title of the concert tour was “D.R.E.A.M. The Tour”. She made a schedule to go in a combination of theaters, out of the amphitheaters and stadiums, as well as inside the arenas in a total of fifty-two cities across the United States and Canada.

Moreover, other works would be done in the United Kingdom and Australia. The tour was fixed to start in Phoenix, Arizona on May 17. The 1st leg of the tour was fixed to add on June 26 in Austin, Texas, before continuing for leg 2 on July 10 in Orlando, Florida. The last date of the 2nd leg is fixed to be in Vancouver, Canada on August 20. In September 2020, she was added to the annual list of Time of the hundred most significant people in the world. In the year 2016, she was out of a line of hair bows together with fashion jewelry company Claire’s.

The line of hair bows, which inspiration was the hairbows, people recognize hers for wearing, experiencing specific success among first school students in the U. K., where several schools took to forbidden them for various reasons, adding peer pressure, making distraction from work, the disability of pupils’ concentration, and violent of school dress strategies. Due to the bows’ demand, several stores also started selling familiar bows. In the year 2017, Siwa told that her bows were a “symbol of power, confidence, believing-ness”.

Eventually, she got along with the American department store J. C. Penney to produce a variety of jewelry, bedroom decoration, and a doll and has brought some books mostly applicable for young children. Also, the FDA gave a warning about dangerous levels of asbestos in a JoJo Siwa-branded cosmetics kit, reminding Claire’s to remake the product in June 2019. Moreover, Nickelodeon signed a contract with her in the year 2017. Then, she was present in the movie “Blurt!” sharing the screen with Jace Norman and also with Nick Cannon in the show “Lip Sync Battle Shorties”.

After that, she was present in season three of “The Masked Singer” acting as T-Rex. Moreover, she is the youngest contestant who was present on the show when she was just sixteen years old. In January 2021, Spin Master was making a card game whose name was “JoJo’s Juice”. It was full of questions about nudity and theft, in spite of marketing it to children ages six and older. Later, Siwa was making an apology and was telling them that she wasn’t present in the game’s content evolution; the games were remaking from all toy store shelves. 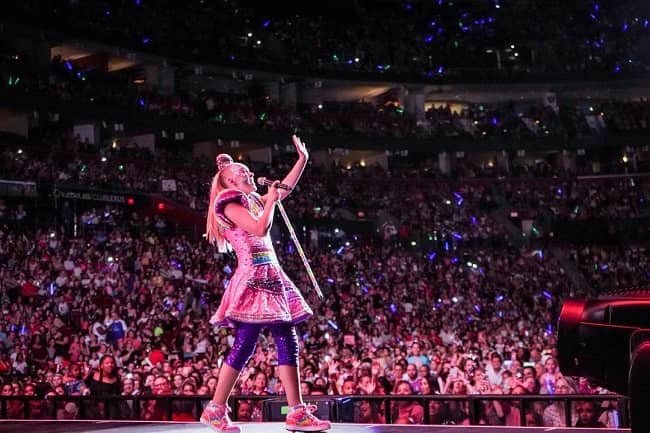 The young talented YouTuber and Social Media Personality have an amazing net worth of $14 million. Siwa has become successful to make a huge business organization from various merchandising, profitable business deals, and content formation. JoJo even has used her appearance to grow into varieties of business ventures which also include the hair bows with a fashion company “Claire’s” and a clothing line with “J.C. Penney”.

In addition, according to some reports, Siwa earns around $9 million from her YouTube channel as well. Talking about her assets, she just bought a $3.5 million house in Tarzana, Calif., with “marble floors, fireplaces, a gourmet kitchen, French doors, and various other inside presentations”. Also, Siwa got $27 million at the time of her debut trip whose presenters were Nickelodeon and Party City.

JoJo was previously dating a TikTok star whose name is Mark Bontempo from August to November 2020. However, she came out as a member of the LGBTQ+ community on her social media account in January 2021. After she was given a question about what her label was by one of her fans, she told that she doesn’t label her sexuality, as Siwa “does not really know this answer”. In February 2021, Siwa announced that she was dating her best friend, who had requested her to be her girlfriend a month earlier. As of now, Siwa is residing in Los Angeles along with her mother.

Coming to the scandals, some of the schools in the USA have forbidden her colorful bows from wearing to their students. The Pioneer uploaded that the school administration was feeling unpleasant, enormous, and rupturing the uniform code. Recently, a controversy has raised just after the Nickelodeon Kid’s Choice Awards when several fans of Jacob Sartorius commented that she had supplied and did payment to be the winner. 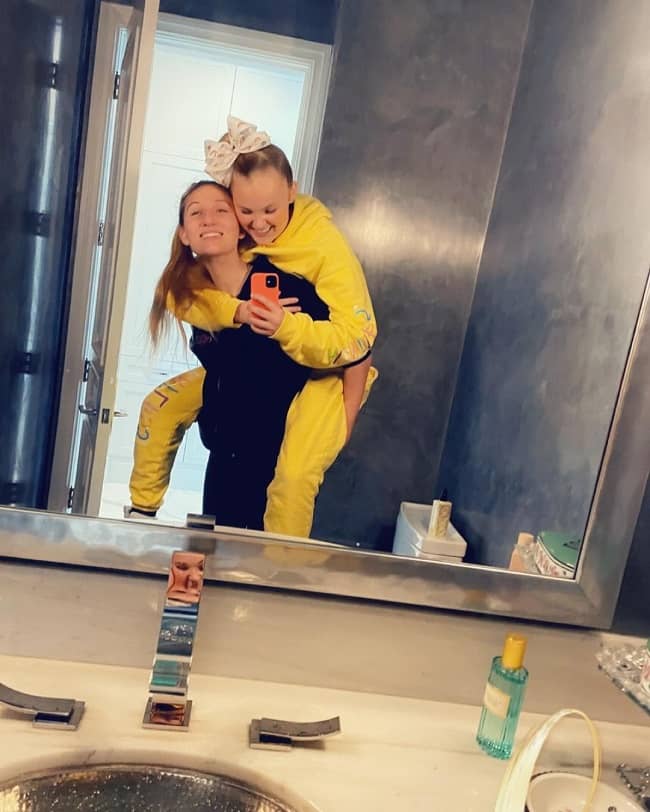 Regarding the YouTuber’s physical appearance, she stands at the height of 5 feet 6.5 inches. She has light brown eyes with a fair complexion. Similarly, she has a body weight of around 53 kg. JoJo’s original hair color is brown but her mother has been bleaching her hair since her childhood. Moreover, she was also once told that most of the bows she wears are handmade by her mother. Siwa’s body measurements are 32-23-33 inches and her bra size is 32 A. In addition, Siwa wears a dress size of 4 (US) and a shoe size of 6 (US).

She as a YouTuber obviously is very active on social media platforms. She has every social media accounts like Instagram, Twitter, and Facebook as well. On Instagram, Siwa has 10.8 million followers, and on Twitter, she has 623.9 thousand followers. Similarly, Siwa has a Facebook page with more than 1 million followers. Also, as a Youtuber, she also has her own YouTuber channel and there are 12.2 million subscribers there. Her social media accounts are full of her amazing fascinating images and videos as well.