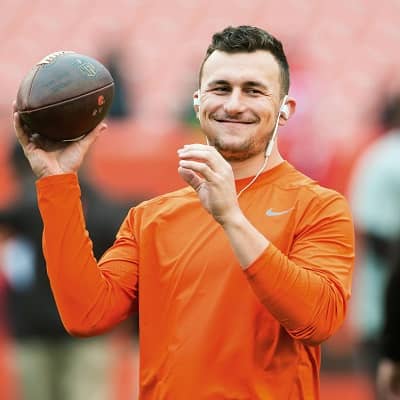 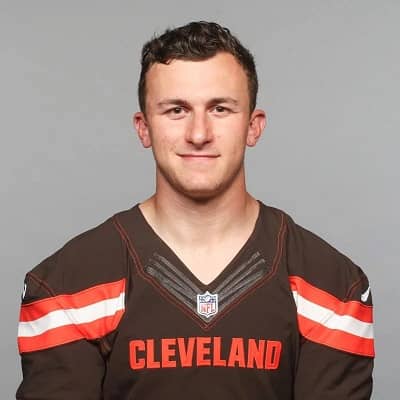 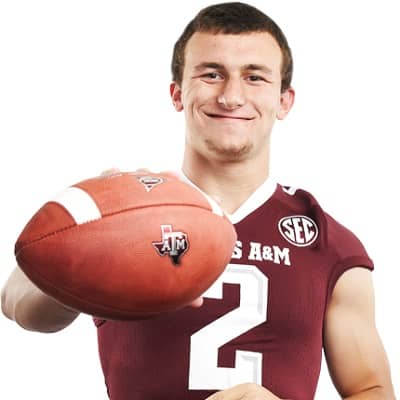 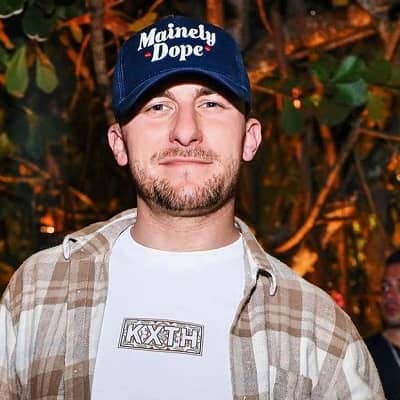 Johnny Manziel was born on 6 December 1992 and he is currently 29 years old. He is originally from Tyler, Texas, and his zodiac sign is Sagittarius. Talking about his family, his parents are Michelle (née Liberato) and Paul Manziel. Likewise, Manziel has a younger sister namely Meri.

This personality played a variety of sports while growing up. These include football, basketball, baseball, and golf. He attended Tivy High School in Kerrville where he focused on baseball and football. He played football for four years during high school. For higher education, this personality received an athletic scholarship to Texas A&M University. There, Manziel attended under coach Mike Sherman in 2011. He later played for new coach Kevin Sumlin from 2012 to 2013. 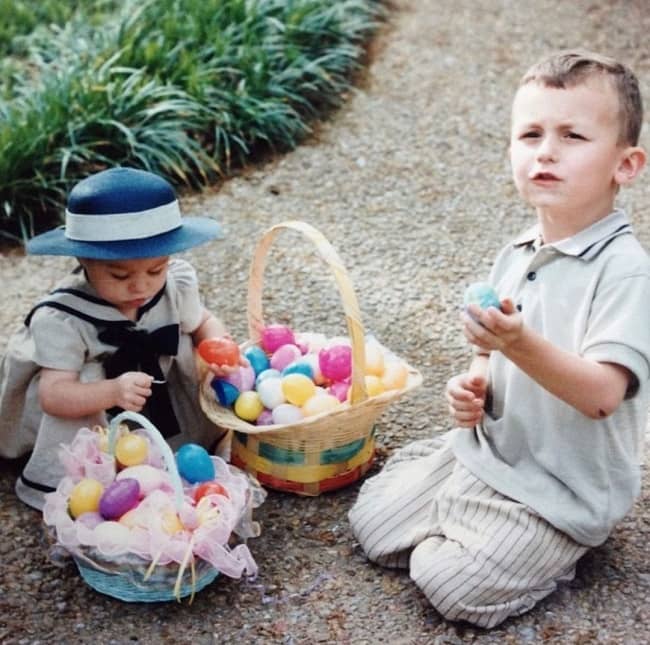 Caption: Johnny Manziel in a childhood photograph with his sister. Source: Instagram

Professionally, Johnny Manziel is an American footballer. He plays as quarterback for Fan Controlled Football (FCF) team – the FCF Zappers. Prior to this, this footballer played two seasons with the National Football League (NFL) team Cleveland Browns. He was also a member of the Canadian Football League’s (CFL) Hamilton Tiger-Cats as well as Montreal Alouettes in the year 2018. Furthermore, this footballer was a member of the Alliance of American Football’s (AAF) Memphis Express in the year 2019.

Likewise, the quarterback was nationally recruited out of high school as a dual-threat quarterback. As such, this footballer debuted for the Texas A&M Aggies as a redshirt freshman. It was in Kevin Sumlin’s Air Raid offense during A&M’s 1st season in the Southeastern Conference (SEC) in the year 2012.

At the end of the regular season, Manziel became the 1st freshman to win the Heisman Trophy, Manning Award, and the Davey O’Brien National Quarterback Award. This football quarterback capitalized on his redshirt freshman season. He did so by leading Texas A&M to a 41–13 victory over Oklahoma in the Cotton Bowl. 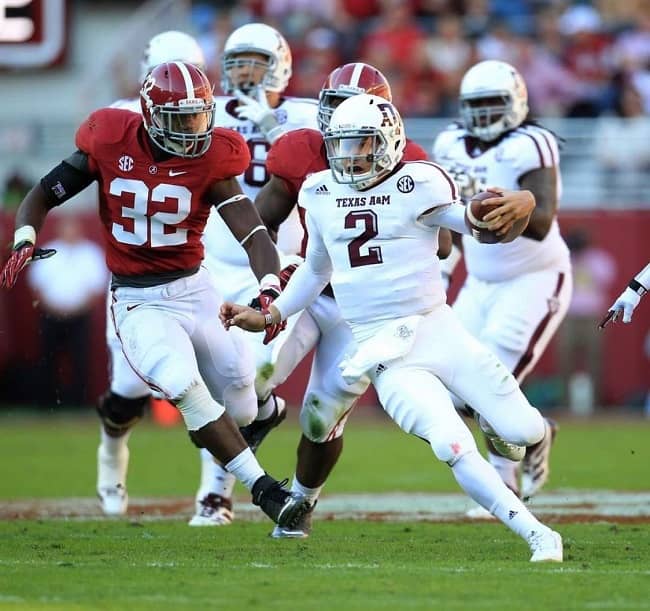 The Browns drafted this player as the 22nd overall pick of the 2014 NFL Draft. Although he had some success, Manziel struggled with consistency. As such, this player’s tenure was overshadowed by off-field controversies. The Browns released this player after the end of the 2015 season.

Further controversies followed during the 2016 offseason. As a result, another team didn’t sign this player before the start of the season. Hence, Manziel spent 2 years away from football until he returned with Tiger-Cats – of the Canadian Football League – in the year 2018.

Later on, this player was traded to the Alouettes during the season. However, Manziel was released the following year and rendered ineligible to play in the CFL. It was decided after they determined that Manziel violated the terms of his contract. Shortly after his release, this player signed with the Express during the AAF’s inaugural season. This was cut short when the AAF suspended operations 2 weeks later.

During Manziel’s sophomore high school season in Texas, TexAgs tagged this player with the nickname “Johnny Football”. This nickname followed him to Texas A&M University. Moreover, This personality applied for and was granted a registered trademark for the nickname in the year 2013. 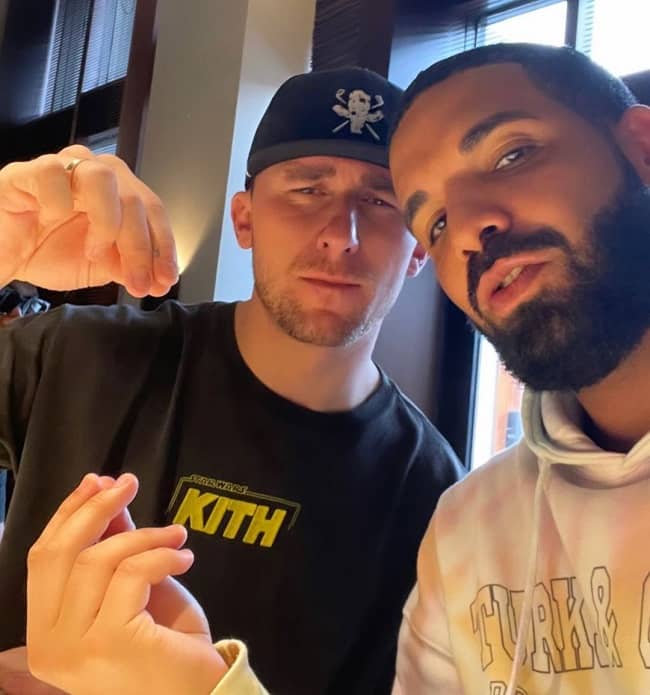 Caption: Johnny Manziel in a photo with his friend – rapper Drake. Source: Instagram

Johnny Manziel is single at present. Previously, Manziel was married to Bre Tiesi from March 2018 to November 2021. The couple’s engagement was on 10 March 2017. Besides this, there is no news related to Manziel’s other relationships and affairs.

Johnny Manziel stands tall at an approximate height of 6 feet or 1.83 meters and his weight is around 210 lbs or 95 kgs. This player has brown hair and eyes of the same color. Besides these, the footballer’s other body measurements like his chest-waist-hip measures, biceps, dress size, etc. are all under review.

Johnny Manziel joined Twitter in July 2011 and has over 1.9 million followers on his @JManziel2 account. Likewise, he goes by the username @jmanziel2 on Instagram. As of April 2022, this profile has garnered more than 1.7 million followers. Similarly, Manziel has more than 363K followers on his Facebook profile. Moving on, this footballer has a net worth of around $6 million US dollars.