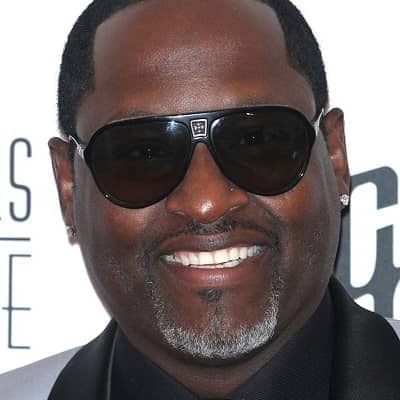 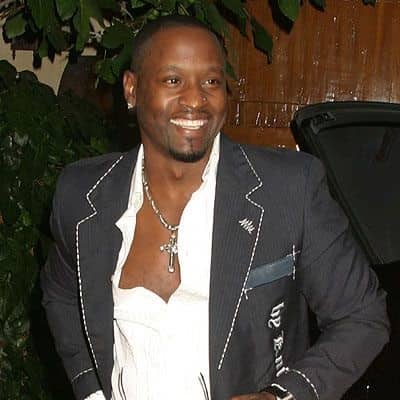 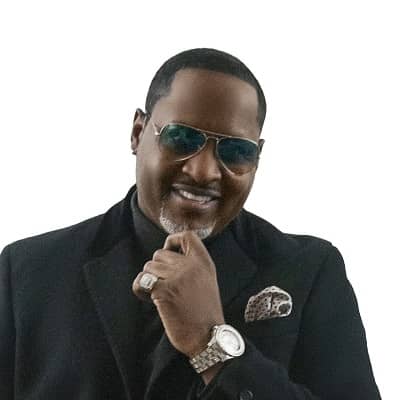 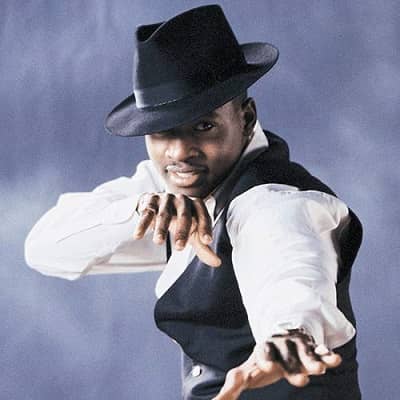 Johnny Gill is a popular American singer, actor, and songwriter. Johnny Gill is well-known for his solo career as well as his career with LSG and New Edition.

Johnny Gill was born on 22 May 1966 and he is currently 55 years old. He hails from Washington, D.C. and his zodiac sign is Gemini. Talking about his family, his parents are father Johnny Gill Sr. and mother Annie Mae Gill. His father is a Baptist minister but his mother’s profession is not mentioned. He has three brothers namely Randy, Bobby, and Jeff.

At the young age of 5 years, he began to sing and perform in church. He started off with a family gospel group called Little Johnny and “Wings of Faith”. This group also included all of his brothers Bobby, Jeff, and Randy Gill. One of his brothers, Randy is a popular solo recording artist as well as a member of the group II D Extreme.

Regarding his education, this personality attended Kimball Elementary and then Sousa Junior High. For his further studies, he attended Duke Ellington School of the Arts. Further, this personality completed his high-school education through the services of a tutor. Although he planned to attend college to pursue a degree in electrical engineering, he decided to rather focus on his singing career. 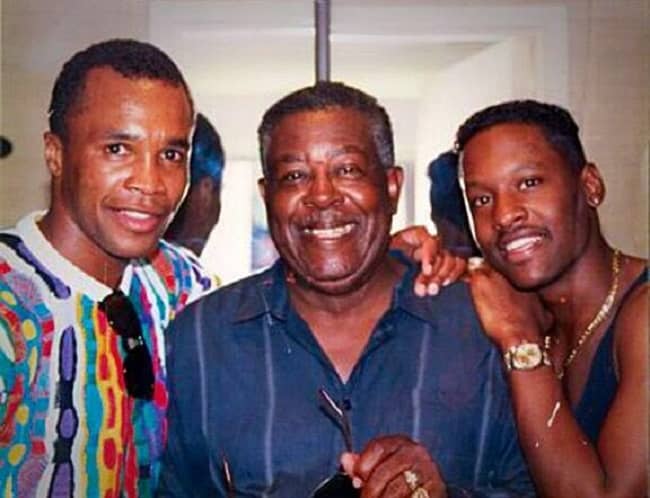 Caption: Johnny Gill with his father and brother in an old photograph. Source: Twitter

Professionally, Johnny Gill is a singer, actor, and songwriter. People recognize him as the 6th and final member of New Edition. It is an R&B/pop group that officially signed to Bad Boy Records on 21 October 2002. Moreover, he was previously a member of the supergroup called LSG. The other members of LSG were Gerald Levert and Keith Sweat.

Moreover, he is also a member of the group “Head of State” with other renowned personalities – Bobby Brown and Ralph E. Tresvant. Also, this personality started his own label called J Skillz Records in the year in 2014. Under this label, this singer released his next album Game Changer.

As a singer, this personality has released 8 solo albums, 3 albums with New Edition, 2 albums with LSG, and one collaborative album with Stacy Lattisaw. Likewise, he is also an actor who has credit for over 80 TV and film appearances. He appeared in TV and films both as a singer as well as an actor. 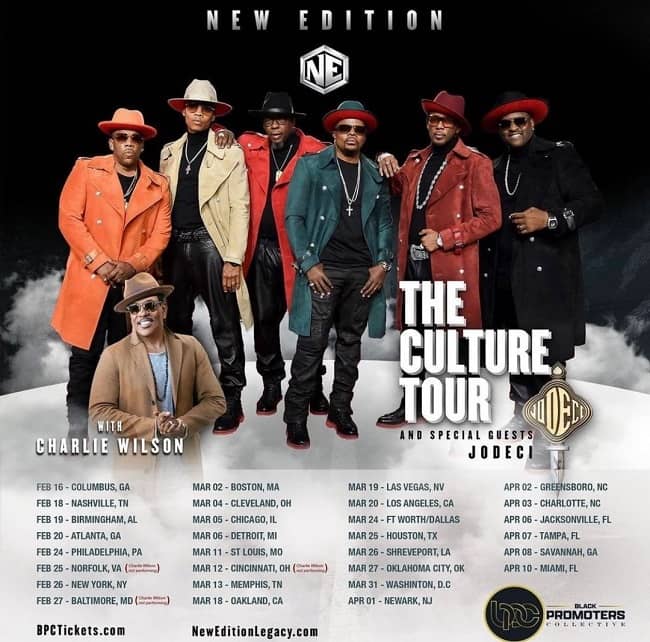 Further, this personality also had a cameo appearance on the TV show Family Matters. Additionally, he sang You For Me in the 2006 movie Madea’s Family Reunion. Moreover, as an actor, this person appeared in the 2009 stage play A Mother’s Prayer. For this project, he worked with other well-known personalities like Jermaine Crawford, Robin Givens, and Shirley Murdock.

Likewise, this actor/singer won two “Soul Train Awards” in the year 1991. One was for Best R&B/Urban Contemporary Album of the Year – Male (for Johnny Gill) and the other was for Best R&B/Urban Contemporary Single (for “My My My“). Furthermore, he also won the SoulTracks Readers’ Choice Award in the year 2019. The title of the award is Album of the Year and he received it for Game Changer II.

Johnny Gill is most probably single at present. Nevertheless, he does have a son named Isiah Gill. Isiah was born in the year 2006. Although his son’s mother’s identity is not mentioned yet, there are speculations that she is a journalist in Washington DC. However, this is not verified information. Moreover, there are also speculations regarding the singer’s sexuality and has often been linked with Eddie Murphy – the comedy superstar. 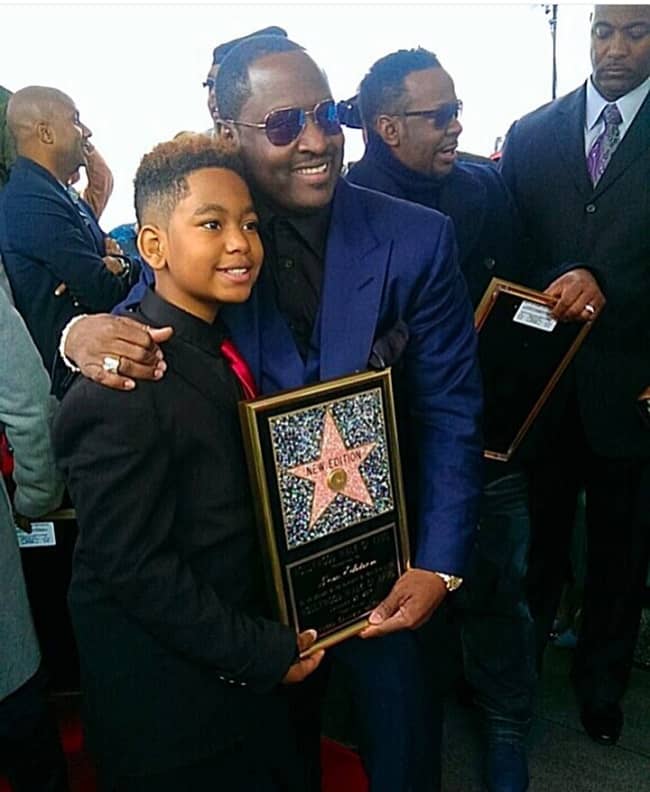 Caption: Johnny Gill and his son posing for a photo at the Hollywood Walk of Fame. Source: Pinterest

Johnny Gill stands tall at an approximate height of 6 feet or 182 cm or 1.82 meters. Likewise, the singer has a bodyweight of 176 lbs or 80 kgs. Other than these, there are no further details regarding this person’s other body measurements like his chest-waist-hip measures, dress size, shoe size, biceps, etc. Moreover, this American singer has dark brown eyes and hair of the same color.

The singer-songwriter then created his VEVO Youtube channel “JohnnyGillVEVO” on 12 May 2009. So far, this channel has earned more than 58.3 million views. Moving on, this popular singer-songwriter has a net worth estimation of around $10 million US dollars.