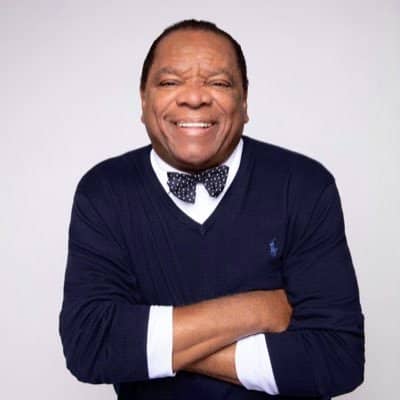 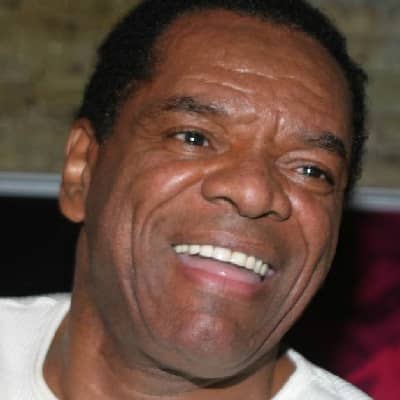 John Witherspoon is a famous American actor and comedian who is also known as John Weatherspoon. The actor is popular for his appearance in various movies like “Hollywood Shuffle”, “Boomerang”, “Vampire in Brooklyn”, and also  “The Five Heartbeats”.

Witherspoon’s birthdate is 27th January 1942 and his birthplace is Detroit, Michigan. The name of his parents is father, Prophet Cato II, and mother, Tennesee Stacks. The actor has ten siblings, and three of them are William, Cato, and Gertrude Stacks.

John was born as John Pops Witherspoon however he changed his last name to Weatherspoon after some time. The actor’s sun sign was Aquarius and he was following Christianity. Likewise, he was an American native and was of multiracial ethnicity. Since he was young, he was very passionate about music which also led him to play the trumpet and French horn. 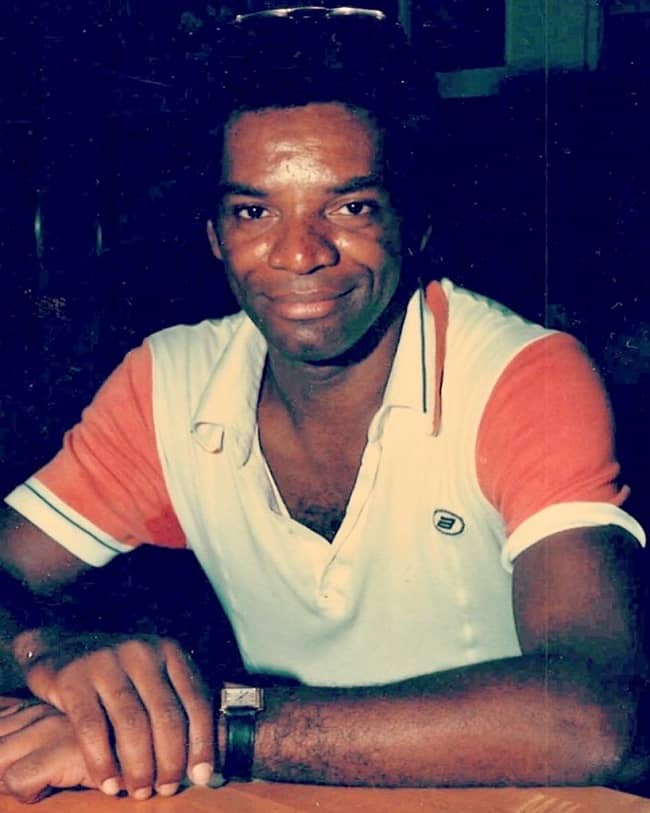 Caption: John Witherspoon when he was young (Source: Twitter)

Sadly, the famous actor, John Witherspoon passed away due to a heart attack which he got when he was still in his home. This happened on 29th October 2019, in Sherman Oaks, California. At that time, he was just seventy-seven years old. Moreover, his funeral took place on 5th November 2019. His body is buried at Forest Lawn Memorial Park which is located in Hollywood Hills, California.

Initially, John used to work as a model. At the time of the 1960s and 1970s, he started to take a step towards comedy and was doing stand-up comedy as well. Likewise, he was present in several feature movies adding “Friday”, “Next Friday”, “Friday After Next”, “Hollywood Shuffle”, “I’m Gonna Git You Sucka”, “Bird”, “Vampire in Brooklyn”, and also in “The Meteor Man”. The actor was also very popular after being present in “House Party” and “Boomerang”. His 1st TV appearance was on the 1970s CBS TV show, “Barnaby Jones”.

In 2003, the actor was present on NBC’s “Last Comic Standing”, which also gave him a contract, in the Las Vegas finals. In the same year, he performed in “The Proud Family” in the episode “Adventures in Bebe Sitting” and also in an episode of “Kim Possible”. Then, the actor acted in every episode of the comedy series “The Tracy Morgan Show”. In the year 2004, Witherspoon was in “Pryor Offenses” and also was present in “Comedy Central” talk show Weekends at the D.L. in the year 2005. The actor started appearing in “The Boondocks” as Robert Jebediah’s “Granddad” Freeman in 2005.

Then, the actor was seen in Field Mob’s song “Sick of Being Lonely” music video. Other music videos add Goodie Mob’s “They Don’t Dance No Mo” and also LL Cool J’s “Ain’t Nobody”. Witherspoon brought his album “63 Cent” in 2008. He went returned to comedian and began going on a comedy tour. It was a 2009 tour and there he had nineteen stops across the country. In December 2011, the actor performed his stand-up comedy act on the stage of the Funny Bone comedy club at Harrah’s Casino which is in Tunica, Mississippi. 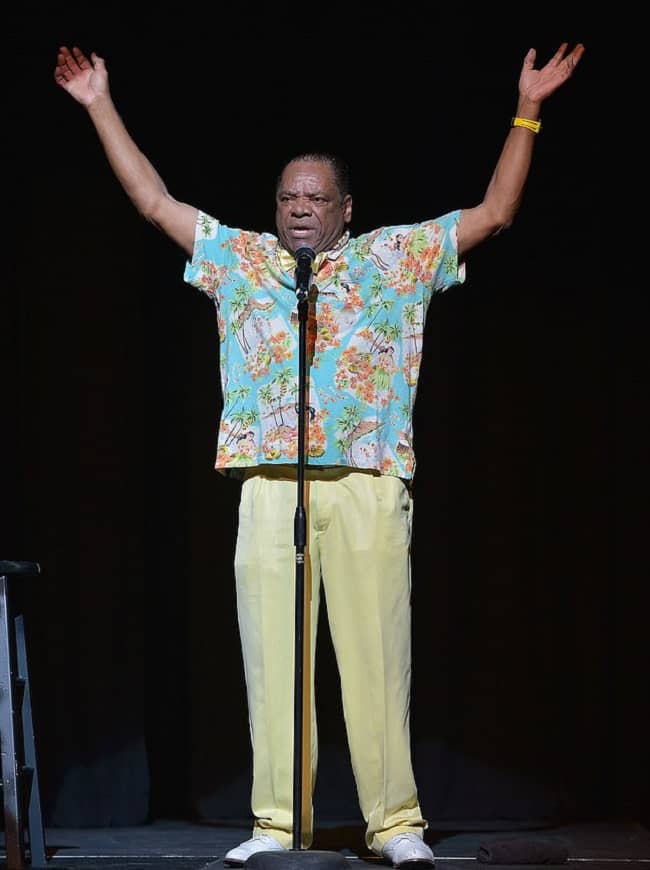 The popular and successful American personality has surely earned an excellent amount of money from his professional career. As of now, he had an amazing net worth of around $8 million. Likewise, the actor’s salary was between $120 thousand to $135 thousand.

Also. the primary source of his is from his career as an actor and comedian. While he was alive, he was living a luxurious and happy life in his house which is in Sherman Oaks.

John Witherspoon was a married man and the name of his wife is Angela Robinson. He and Angela’s wedding was in the year 1988. Together the couple has 2 amazing sons and their names are John David (“J.D.”) and Alexander. His son, John David is famous for creating skits and gameplay videos on his youtube channel.

He even was the host of the mobile game show “Confetti” on Facebook Watch. Furthermore, his best friend was David Letterman who is also the godfather to his 2 amazing sons. Apart from this, he had never been in any controversy and rumors as well. 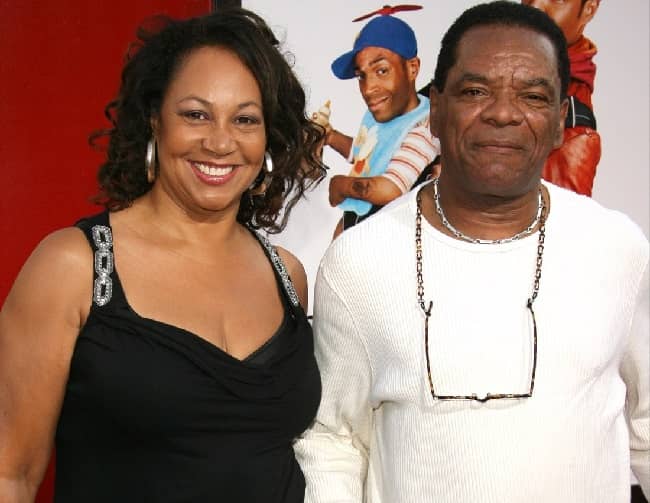 Caption: John Witherspoon with his wife (Source: Earn The Necklace)

Talking about the actor’s body measurement, John Witherspoon has a good height of 5 feet 10 inches. He also had a suitable bodyweight of around 74 kg or 163 lbs. Similarly, the actor used to wear a shoe size of 9 (UK) and the size of his biceps was 14 inches. The chest size of his was 41 inches and his waist size was 30 inches. Also, his hips size is 35 inches. In addition to that, the famous actor has a pair of black eyes with tiny black hair.

Coming to the social media part, he was quite active on some of the social media platforms. He had a Twitter account only. On Twitter, his account has 54.8 thousand followers as of May 2021. However, since he is dead now so it is impossible for him to be active on this platform now. Still, there are several memories of his on his social media accounts and people still love watching them.