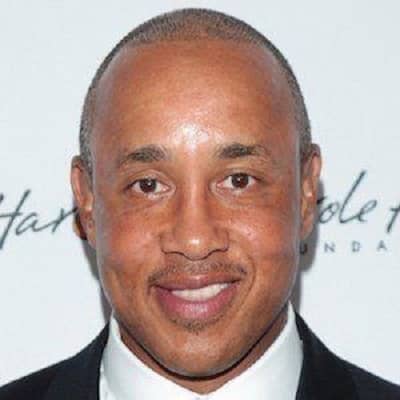 John Starks is a former professional basketball shooting guard from the United States. John Starks became well-known while playing with the New York Knicks of the National Basketball Association in the 1990s despite attending four institutions in his home state of Oklahoma, including Oklahoma State University, and being undrafted in the 1988 NBA draft.

John Starks was born in Tulsa, Oklahoma, the United States on August 10, 1965. His full name is John Levell Starks. He is 57 years old (as of 2022) under the zodiac sign Leo. Starks holds American nationality and follows the Christianity religion. John was born to Irene Starks (mother). However, his father’s name and other information about him are unknown. He also has five siblings, but their names are not given. 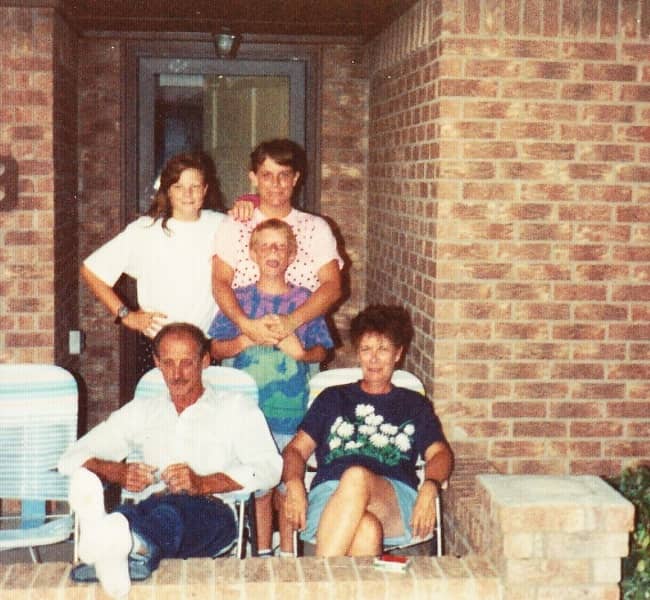 Speaking of his educational background, Starks attended Tulsa Central High School and played basketball for the school team for one year. He then attended Rogers State College after finishing high school. During his college years, John was an avid basketball player.

However, Starks was kicked off his team for hiding his teammate’s equipment in retaliation for the other player breaking into his dorm room. Stark was transferred to Northern Oklahoma College after being expelled in 1985. Starks was doing well, but he dropped out of college after being caught smoking marijuana.

In addition, Starks was transferred to Tulsa Junior School to pursue a business degree. Starks only spent one season at Tulsa Junior. Later, Starks received a scholarship to Oklahoma State University and decided to finish his education there.

Talking about his career, In September 1988, Starks agreed to a free agent contract with the Golden State Warriors. The Warriors selected fellow shooting guard Mitch Richmond with the fifth overall pick that year, so Starks saw little action in just 36 games as Richmond took home the Rookie of the Year award. Starks spent time with the Cedar Rapids Silver Bullets of the Continental Basketball Association (1989–1990) and the World Basketball League (Memphis Rockers, 1990–91).

In 1990, Starks tried out for the New York Knicks. Moreover, Starks eventually rose to the position of starting shooting guard, becoming a valuable member of the team and spending eight seasons in New York from 1990 to 1998. Starks executed one of the most famous plays in Knicks history, dubbed simply “The Dunk.”

Starks’ performance against the Houston Rockets in the 1994 NBA Finals was one of his career’s low moments. With the Knicks behind by three points in the final seconds of Game 3, Rockets center Hakeem Olajuwon fouled Starks as he attempted a three-point shot. The NBA only permitted two free throws for a foul on a three-pointer at the time. Starks made both shots, but Houston prevailed 93-89. 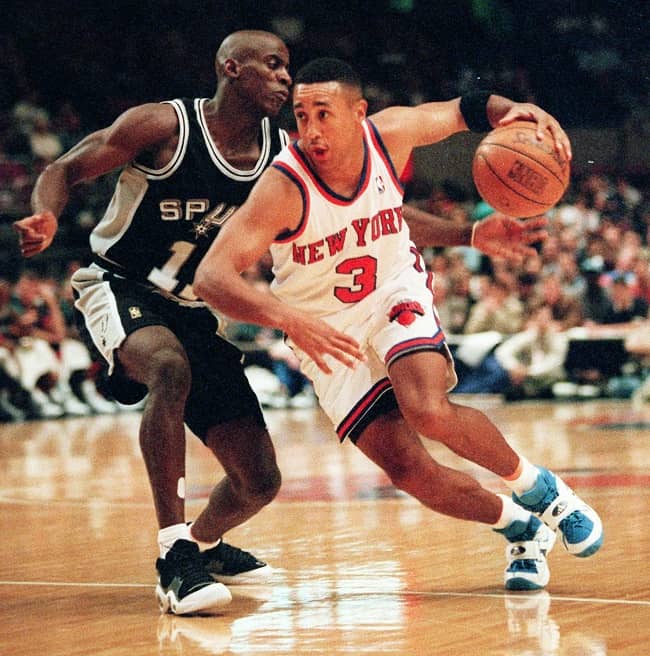 Starks became the first player in NBA history to hit 200 three-pointers in a single season in 1995. Starks hit a buzzer-beating three-pointer to beat the Phoenix Suns 95-94 at home on February 18, 1997.

On the play, he got to the three-point line after rebounding an Allan Houston miss and head-faked Suns Wesley Person before releasing the shot just as the horn sounded. Starks was traded back to the Golden State Warriors, who had originally acquired him, in January 1999. Starks was exchanged for Latrell Sprewell along with Chris Mills and Terry Cummings.

Up until February 2000, when he was traded as part of a three-team deal to the Chicago Bulls, Starks stayed with the Warriors. During the 1999–2000 season, Starks appeared in 4 games for the Chicago Bulls. Starks played for the Utah Jazz from 2000–2001, completing his career with them.

Following his time with Golden State, Starks played for the Chicago Bulls and Utah Jazz before being cut retired from the NBA in 2002. He finished his career with 10,829 points. He presently works for the Knicks as a former player, a fan development representative, and a pre-and post-game analyst on MSG Network’s coverage of home Knicks games. Additionally, he has led the Slamball squad known as the Maulers.

John Starks has also endorsed many brands, which is also his source of income. On May 7th, 2013 Swiss precision announced John Starks as a Brand Ambassador for the new Baller’s Bag high-end spots tech backpack line. Moreover, Starks is the first professional basketball face for the brand.

John Starks has earned a huge amount of money through his hard work and brilliance. His predicted net worth in 2022 will be around $20 million.

John Starks has achieved a lot throughout the course of his basketball career. He won the honor of CBA All-Star and NBA All-Star in 1990 and 1994 respectively.

Likewise, In 1993, his team earned the honor of The NBA All-Defensive Second Team. Moreover, Starks won the NBA Sixth Man of the Year in 1997.

Regarding his love life, John Starks is happily married and has a family. John and his lovely wife Jackie are happily married. They married on December 13, 1986. After a year, the couple welcomed their first child, their son John Jr., in 1987. Similarly, their daughters’ names are Chelsea and Tiara. 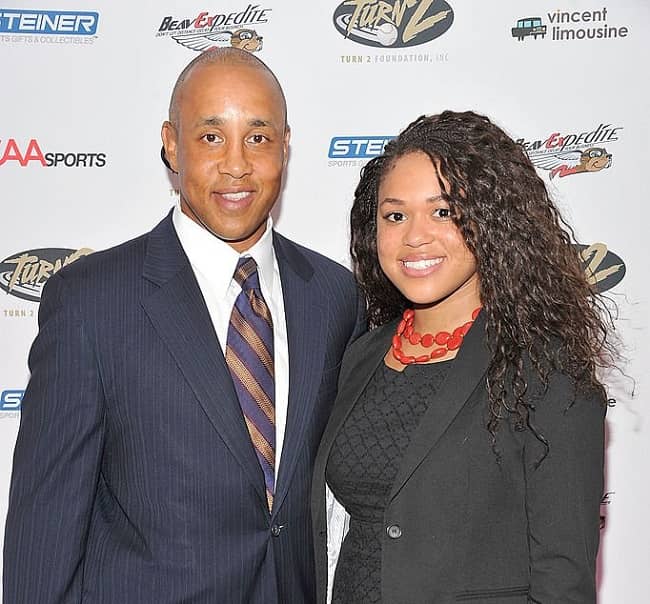 John Starks is very handsome and attractive, undoubtedly. He has a perfect height of about 6 feet 3 inches (1.96 m) and weighs about 86 kg (189 lbs). In addition, Starks has black pair of eyes and dark brown hair color.