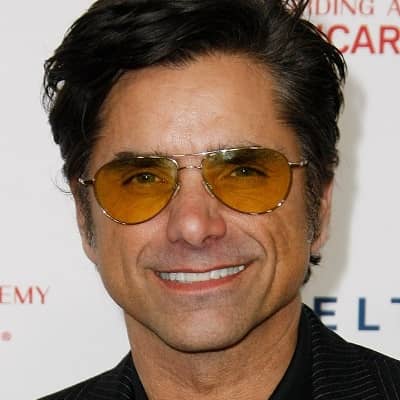 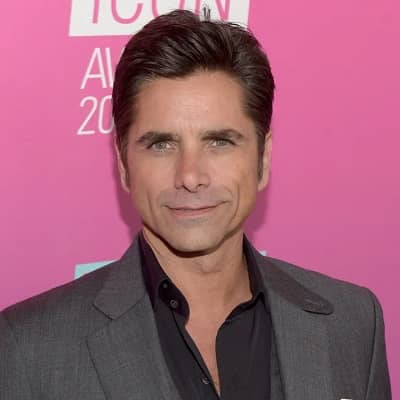 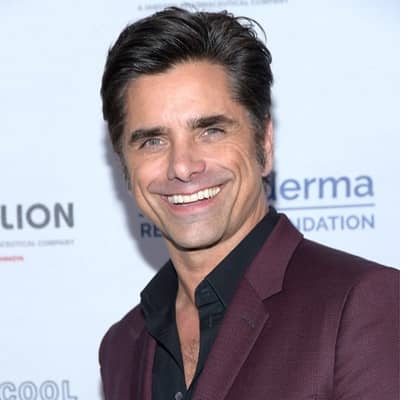 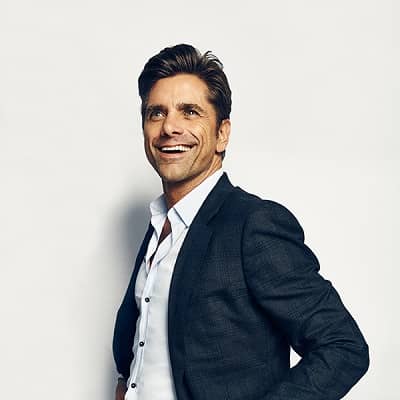 John Stamos is a talented American actor and musician. John Stamos is best known for his roles in film and TV projects including My Man Is a Loser, Full House, General Hospital, Alice in Wonderland, etc.

John Stamos was born on 19 August 1963 and he turns 59 years old in 2022. He hails from Cypress, California, and his zodiac sign is Leo. Likewise, his full name is John Phillip Stamos.


Talking about his family, his parents are William “Bill” Stamos and Loretta (née Phillips). His father is a second-generation Greek-American restaurateur. Moreover, John’s original family surname is Stamatopoulos which is written in Greek as Σταματόπουλος. Similarly, he has two siblings namely sisters Alaina Stamos and Janeen Stamos.

During his youth, this personality worked for his father’s restaurants. As a teenager, John worked flipping burgers in the Orange County area. Regarding his education, this personality attended John F. Kennedy High School. At this institution, John played in the marching band. At the age of 15 years, John attended his 1st Beach Boys concert. 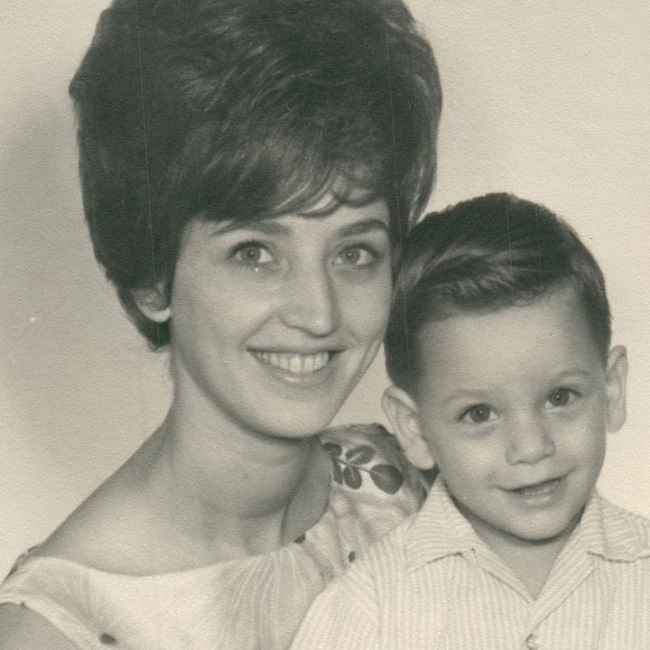 Caption: John Stamos in a childhood photo with his mother. Source: Pinterest

Professionally, John Stamos is a popular actor and musician. John initially gained recognition for his role as Blackie Parrish in General Hospital. For this role, this actor was nominated for the Daytime Emmy Award for “Outstanding Supporting Actor in a Drama Series”.

Likewise, Stamos is famous for his work on TV – especially for playing the role of Jesse Katsopolis in Full House. Since the show’s finale in the year 1995, this actor has appeared in numerous TV films and series. Since the year 2005, Stamos has been the national spokesperson for Project Cuddle.

From the year 2005 to 2009, this actor had a starring role in ER as the character Dr. Tony Gates. In October 2009, John started to play the role of Albert in Bye Bye Birdie. Stamos played this role until January 2010. From July to September 2012, actor Stamos played the role of Senator Cantwell in The Best Man.

Similarly, he appeared as the lead character in Grandfathered from September 2015 to 2016. He then reprised the role of Jesse Katsopolis in the Netflix series Fuller House. For this project, Stamos is also an executive producer. Furthermore, John has appeared in Never Too Young to Die in 1986, Born to Ride in 1991, and as Dr. Nicky in the You. 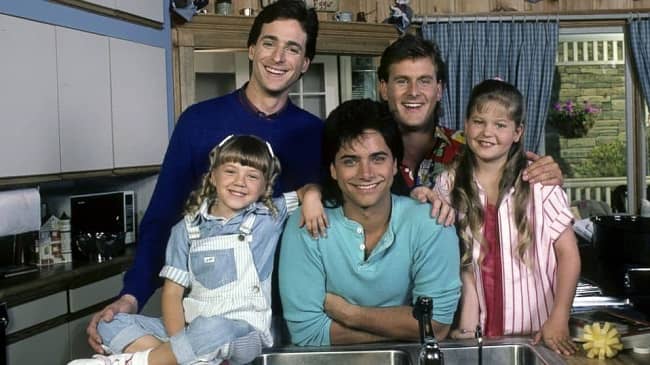 Caption: John Stamos posing for a photo with the co-stars of Full House on 1 July 1987. Source: ABC News

As a musician, this personality started to learn drums at the young age of 4 years. He went on to take up playing the guitar and also started his own band called “Destiny”. His band had played concerts at some amusement parks and parties. Additionally, this personality also independently released the 1994 album Shades of Blue. For this album, Stamos worked alongside Lanny Cordola, Tony Guerrero, Gary Griffin, Sandra Stephens, and David Enos.

Moreover, this personality occasionally performed in concert with “The Beach Boys”. Dating back to 1985, Stamos typically played drums and various other percussion instruments. Then in 1988, Stamos appeared in the band’s video for their son Kokomo.

Likewise, in 1990, John played drums for the band’s comedy Problem Child and also appeared in the song’s music video. Furthermore, in the year 1992, John sang lead vocals on a new version of Forever for the band’s album Summer in Paradise. This song was also featured on Full House two times. 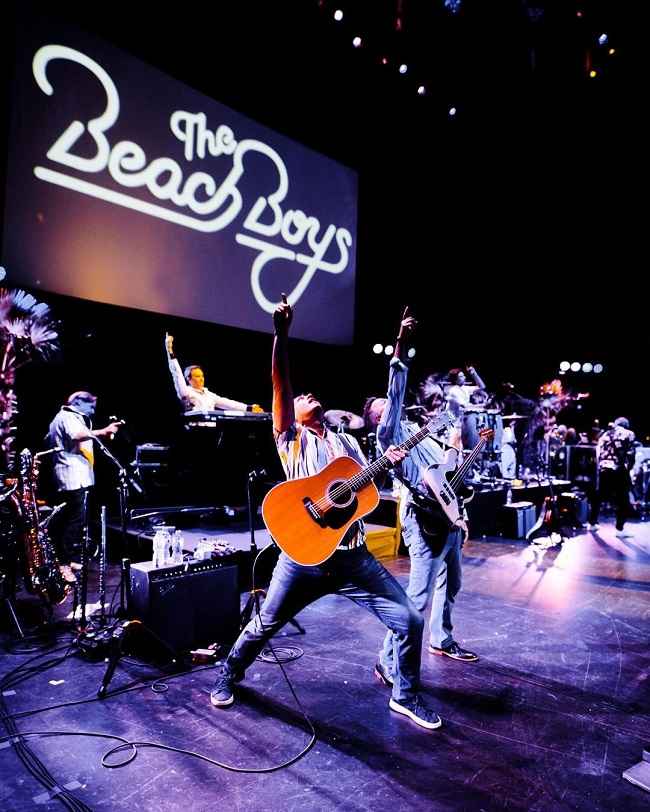 Moving on, actor John has a net worth of around $25 million dollars. Stamos mostly earns through his active career as an actor and musician. He has also earned through his involvement as a producer/executive producer in a few projects.

John Stamos is happily married to Caitlin McHugh. His wife is a popular actress, writer, and model. With McHugh, he tied the knot in February 2018. Together, this lovely couple has a son named Billy Stamos born in April 2018. Likewise, John and Caitlin had their engagement on 23 October 2017 after a year of dating.

Similarly, on 19 May 2018, John and Caitlin announced their new jewelry line “St. Amos Jewelry”. They also announced that this jewelry line’s 100% proceeds would go to the Childhelp foundation.

Talking about his previous relationships, Stamos started to date Rebecca Romijn in 1994. The two had their engagement on Christmas Eve 1997. With Rebecca, Stamos tied the knot on 19 September 1998 at the Beverly Hills Hotel. Later on, the couple announced their separation in April 2004 and the actor filed for divorce in August 2004. 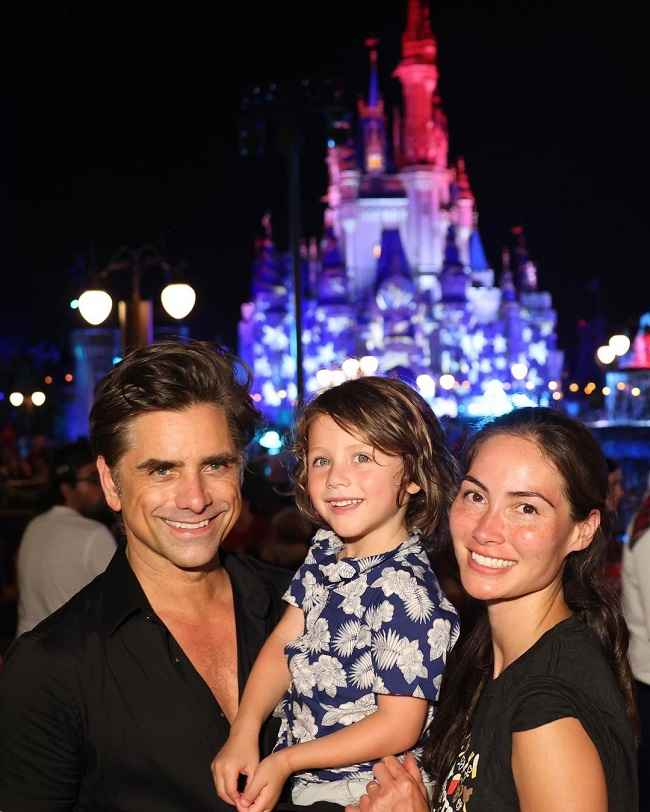 Caption: John Stamos and his family posing for a photo. Source: Instagram

John Stamos stands tall at an approximate height of 6 feet or 1.83 meters and his weight is around 170 lbs or 77 kgs.  Similarly, Stamos has green eyes and dark brown hair. The Full House actor’s other body measurement details like his chest-waist-hip measures, biceps, etc. are still under review.