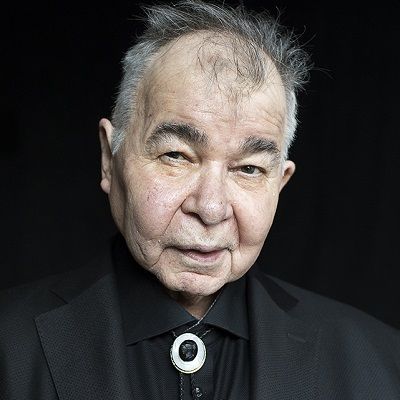 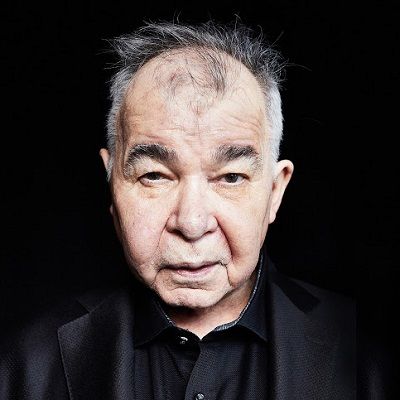 John Prine was an American country-folk singer-songwriter. John Prine was also active as a composer, recording artist, and live performer from the early 1970s until his death. Moreover, he played guitar and his styles included country folk, Americana, and progressive bluegrass. 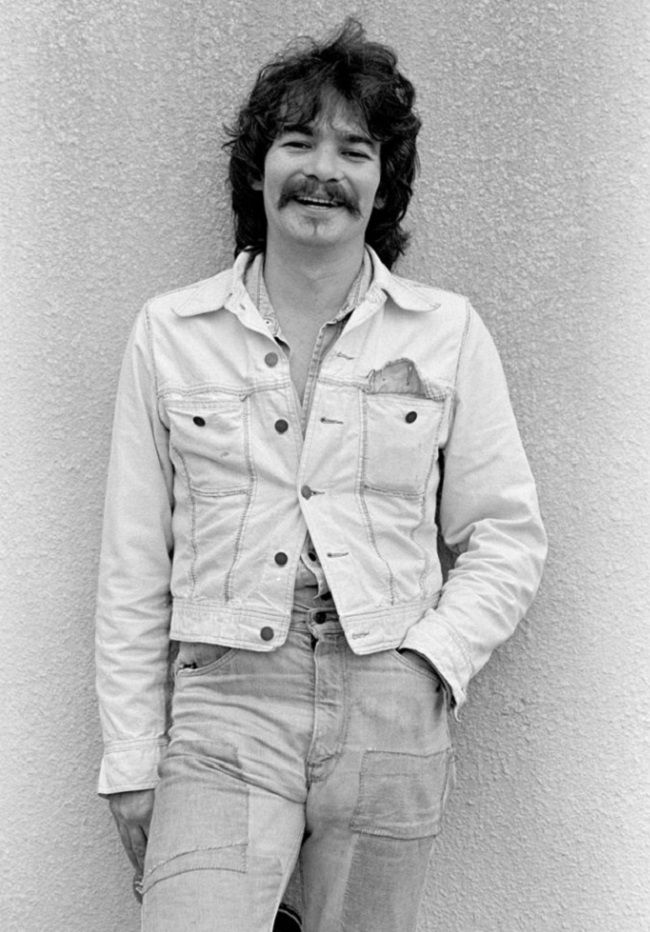 Caption: John Prine’s picture when he was young. Source: Billboard

American folk legend John Prine has passed away due to coronavirus complications. He was 73 years old. Prine, whose coronavirus diagnosis was revealed on March 17, died on Tuesday, his publicist told Variety. His wife and manager, Fiona, had on April 3 posted on Twitter that Prine was severely ill after being admitted into the intensive care unit of a hospital. And his wife asked people to take the threat of the disease “seriously”.

Fiona posted a statement on Prine’s official Instagram page, saying the whole family is grief-stricken after Prine’s demise. It states:

“John contracted COVID-19and in spite of the incredible skill and care of his medical team at Vanderbilt he could not overcome the damage this virus inflicted on his body. I sat with John, who was deeply sedated, in the hours before he passed and will be forever grateful for that opportunity”.

The news of his demise sent shockwaves across the music industry, with stars like Bruce Springsteen, Kacey Musgraves, Bonnie Raitt, Bette Midler, and others paying their tributes to the legend. Springsteen wrote in a post on Twitter:

“Over here on E Street, we are crushed by the loss of John Prine. John and I were “New Dylans” together in the early 70s and he was never anything but the lovliest guy in the world. A true national treasure and a songwriter for the ages. We send our love and prayers to his family.”

While Musgraves posted, Heartbroken. Further, Midler shared a news link about Prine, saying, He’s gone. Moreover, Raitt, who recorded Angel from Montgomery in the 1970s, said he is feeling crushed after learning about Prine’s demise. He stated:

“Words can’t even come close. I’m crushed by the loss of my dear friend, John. My heart and love go out to Fiona and all the family. For all of us whose hearts are breaking, we will keep singing his songs and holding him near.”

John Prine was born on October 10, 1946, in Maywood, Illinois, USA. His father’s name was William Mason Prine and his mother’s name was Verna Valentine. His father was a tool-and-die maker and his mother was a homemaker. He had three brothers named David, Doug, and Billy. In summers, they would go back to visit family near Paradise, Kentucky. He started playing guitar at age 14, taught by his brother, David.

Prine attended classes at Chicago’s Old Town School of Folk Music, and Proviso Township High School (later called Proviso East) in Maywood, Illinois. He was a mailman for five years and was drafted into the United States Army during the Vietnam War era, serving in Germany, before beginning his musical career in Chicago.

On March 19, 2020, amid the coronavirus pandemic in the United States, Prine’s wife Fiona revealed that she had tested positive for the SARS-CoV-2 and had been quarantined in their home apart from him. He was hospitalized on March 26 after experiencing COVID-19 symptoms. Fiona tweeted that she had recovered and that John was in stable condition but not improving on March 30.

Prine died on April 7, 2020, of complications caused by COVID-19. By Prine’s wishes as expressed in his song “Paradise”, half of his ashes were spread in Kentucky’s Green River. The other half was buried next to his parents in Chicago.

John Prine began his professional career with the release of his self-titled debut album in 1971. He was discovered by Kristofferson as he brought Prine to New York to perform at the Bitter End and the next morning, Prine had a $25K contract with Atlantic Records. Moreover, he released his second album ‘Diamonds In The Rough’ in 1972 and then his third album ‘Sweet Revenge’ in 1973.

In 1975, he released his fourth alum ‘Common Sense’ which turned out to be Prine’s first album to be charted in the US Top 100 by Billboard. Further, in the same year, he toured the USA and Canada with a full band featuring guitarist, Arlen Roth.

Prine released his fifth album ‘Bruised Orange’ and sixth album ‘Pink Cadillac’. In 1981, he co-founded the independent record label ‘Oh Boy Records along with his friend, Al Bunetta. Similarly, In 1991, he released his Grammy Award-winning eleventh album ‘The Missing Years, and his other albums ‘Lost Dogs and Mixed Blessings (1995) and ‘Despite Ourselves’ (1999).

Prine co-starred in the Billy Bob Thornton movie ‘Daddy & Them’ in 2001. He released his 15th album ‘Fair & Square’ in 2005, which later won the 2005 Grammy Award for Best Contemporary Folk Album. Oh, Boy Records released a tribute album titled ‘Broken Hearts and Dirty Windows: The Songs of John Prine in 2010.

Similarly, In 2016, Prine was named winner of the ‘PEN/Song Lyrics Award’. He won his second Artist of the Year award at the 2017 Americana Music Honors & Awards after previously winning in 2005. Moreover, On April 13, 2013, Prine released his first new album in 13 years titled ‘The Tree of Forgiveness’. Therefore, the album became Prine’s highest-charting album on the Billboard 200. 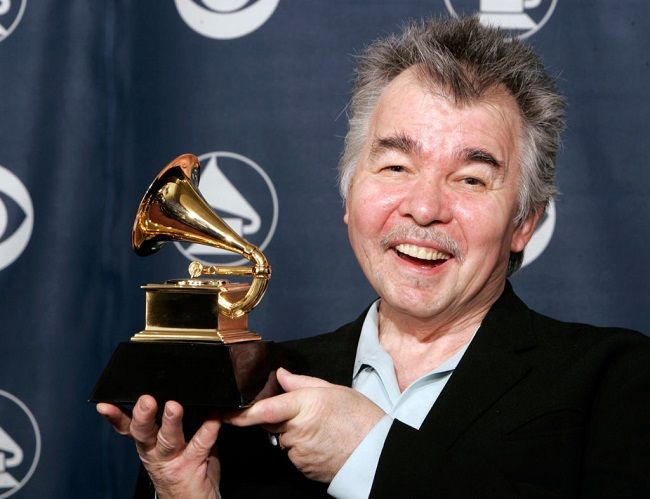 John was married three times. His first marriage was to his high school sweetheart Ann Carole in 1966. The marriage lasted until the late 1970s. Prine was married to bassist Rachel Peer from 1984 to 1988. He met Fiona Whelan, who later became his manager, in 1988. Prine and Whelan had two sons together, Jack and Tommy, and Prine adopted Whelan’s son, Jody, from a previous relationship. He had a home and spent part of the year in Galway, Ireland. 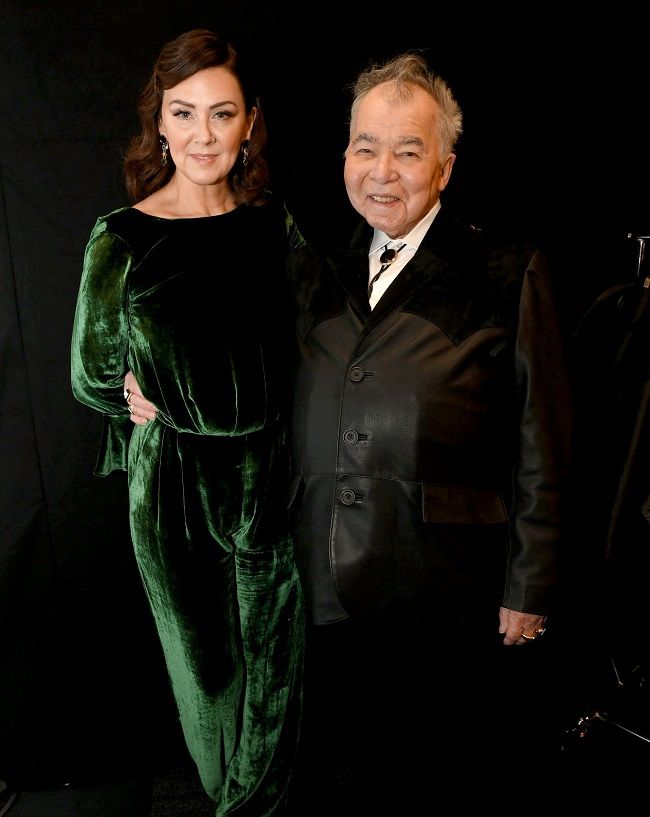 Besides, Prine was diagnosed with squamous cell cancer on the right side of the neck in early 1998. So, he had major surgery done but that altered his vocals and added a gravelly tone to his voice. He also had cancer in his left lung and underwent surgery in 2013.

The talented John Prine had quite a great learning through his professional career as a singer. Being in the field for more than 4 decades, he has managed to amass a fortune worth a million of dollars from his several hit albums and singles. However, he had a net worth of $10 million at the time of his death.

What were his body measurements?

He had a height of 5 feet 7 inches and weighs around 68 kg. He had a great personality. Moreover, Prine’s chest-waist-biceps measurements were 42-34-16 inches respectively. His shoe size was 9 (US). Likewise, he had white hair and hazel eyes.

Was he socially active?

For 73 years, the old musician was active on social media platforms. His ‘@john_prine’ Instagram account has over 197K followers. He was also active on Twitter with more than 83.9K followers. And his self-titled YouTube channel has more than 117K subscribers. Similarly, his official Facebook has over 329K followers.