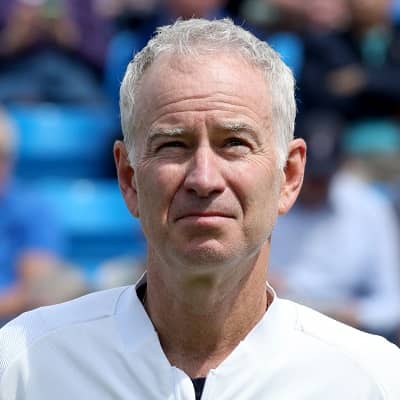 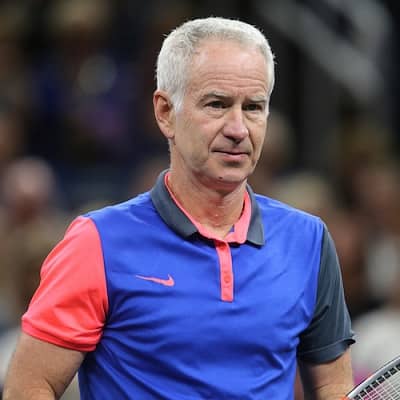 John Mcenroe is a Germany born American Former Tennis Champion. John Mcenroe is widely famous for his dominant personality and fantastic performance on the Tennis Court.

John Mcenroe stepped into the world on 16th February 1959 in Wiesbaden, West Germany. His real birth name is John Patrick McEnroe Jr. The zodiac sign of 62 years old former champion is Aquarius. The former Tennis star was born into an Irish American family. Further, he was born to her father John Patrick McEnroe Sr, and his mother Katherine Tresham. He is the eldest son among his three siblings.

His younger brothers are Mark and Patrick McEnroe. From a religious point of view, McEnroe is a Christian. His father served in the US Air force and was stationed at Wiesbaden when he was born. Similarly, his mother used to serve as a nurse for the US air force. Later in 1960, he along with his family returned to the US and settled in Douglaston, Queens, New York.

Moving into the educational background, he completed his high school at the renowned school in New York Trinity School. From a young age, he showed his proficiency in sports such as basketball, soccer, and tennis. At the age of eight, he began playing tennis at the ‘Douglaston Club’ alongside his brothers Mark and Patrick. Patrick went on to become a well-known professional tennis player as well.

Moreover, his parents enrolled him in Eastern Lawn Tennis Association when he was just 9. Moreover, he also attended Port Washington Tennis Academy in Long Island, New York. However, he was suspended from the academy for his mischievous pranks in the academy. His amazing tennis performance earned him a scholarship and enrolled in Stanford University in 1978. 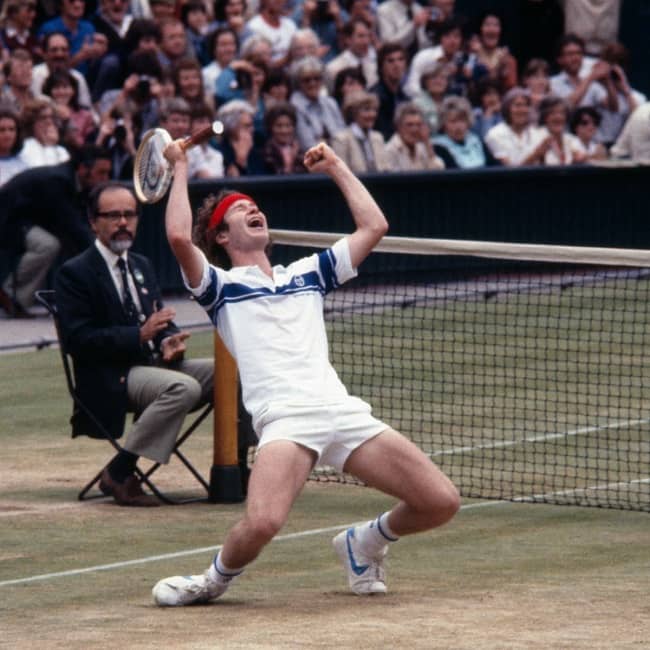 Caption: John Mcenroe playing tennis during his prime(source: the Guardian)

After graduating from high school in 1977, a critical set of events in John’s career occurred. He moved to Europe that year where he won the French Juniors Tournament. The 18-year-old John stunned everyone by being the youngest player to reach the Wimbledon semifinals.

He opted to become a professional after his freshman year. McEnroe was relegated in the first round at Wimbledon in 1978. However, he advanced to the fourth round of the US Open.

McEnroe began his lengthy devotion to the Davis Cup competition at this time. Tony Trabert gave a chance to the 19-year-old McEnroe who handled the pressure well and won the match against England. With his win, the United States lift the Davis Cup for the first time in six years.

The most epic Tennis match of all time and Tennis Rivalry 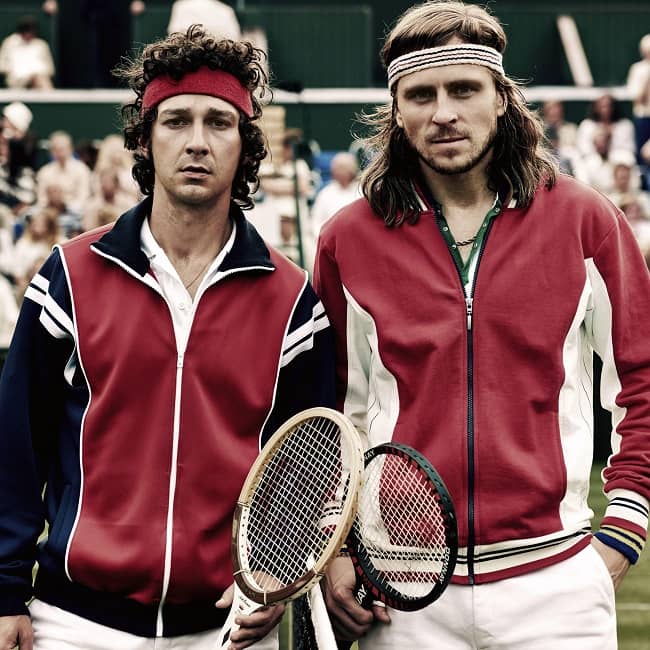 McEnroe and the unflappable Swede, Björn Borg is one of tennis’ most famous rivalries that began in 1980, with the Wimbledon final in July of that year. The fourth set landed in a famous 34-point tiebreaker, and the match lasted four and a half hours. Borg prevailed with scores 1-6, 7-5, 6-3, 6-7, 8-6 in a showdown. Who would have guessed the match would go down in history as one of the most epic tennis matches of all time.

McEnroe was unable to add to his Grand Slam collection in 1982, but he was back in great form the following year, demolishing Chris Lewis to win his second Wimbledon (6-2, 6-2, 6-2).

In 1984, he played 85 matches where he won 82 matches. His 82 wins include the fourth WCT final, third US Pro Indoor Championship, and second Grand Prix Masters championship. He won his third Wimbledon championship, comprehensively defeating Connors (6-1, 6-1, 6-2), and his fourth US Open victory, defeating Ivan Lendl (6-3, 6-4, 6-1), and concluded the year ranked no 1 for the fourth time in a row. 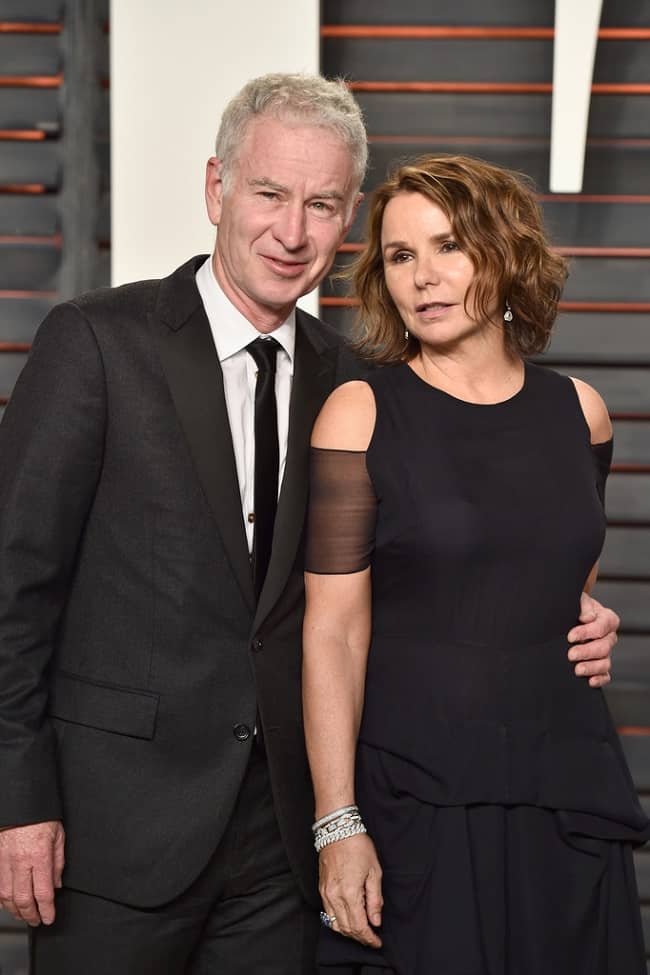 Moving into the relationship status, John is a married guy. He married two in his lifetime. In 1986 he married his first wife Tatum O’Neal on August 1. Tatum is an Oscar-winning American actress. With Tatum, he had three children. After a long relationship of 8 years, John and Tatum filed for divorce.

After 3 years of his divorce, he tied his knot with American singer Patty Smyth. He has two daughters with her and a stepdaughter from Smyth’s first marriage.

Talking about the body measurement, John stands tall at a height of around 5 feet and 11 inches. He has grey hair and brown eyes. Other than this there is no information available revealing McEnroe’s body size and measurement.

John Mcenroe is pretty much active on social media with more than 8k followers on his Twitter account. John McEnroe has amassed a fortune. He possesses a massive net worth. It appears that he is effective in earning a solid living from his professional work.

As of 2021, his net worth is expected to be $120 million. He is also one of the top 25 wealthiest tennis players in the world. He has increased his net worth via his talent and has been cast in various films.