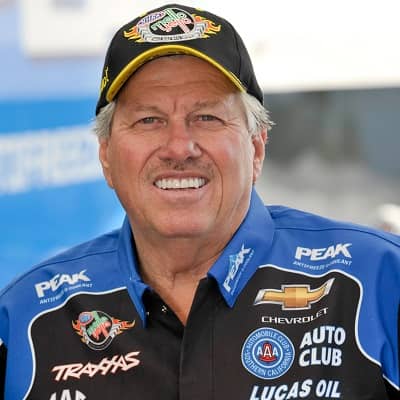 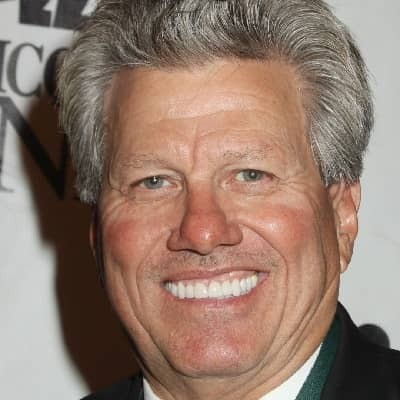 John Force was born John Harold Force on May 4, 1949, and is currently 73 years old. Born in Bell Gardens, California, United States, John is American by nationality. Similarly, he follows Christianity. Being born on May 4, his birth sign is Taurus.

In fact, his brothers Walker and Louie have worked with John. John grew up living in Indian reservations, logging camps, trailer parks, and migrant farms.

Regarding his educational background, John Force completed his schooling at Bell Gardens High School. Later, he joined Cerritos College and graduated from there.

John Force is a champion who has won a number of awards. In 1984, he won the AHRA Funny Car Championship.

John has earned a pretty handful amount of money through his drag race career. According to the online resources, John has an estimated net worth of $20 million US dollars.

John Force started his career in 1971. It’s the year when he started driving a Night Stalker Mustang, in fact, his first funny car. Similarly, in his early days, John used to drive a Corvette, a Monza, and in the 80s, the racer switched to an Oldsmobile Cutlass until the end of 1993.

In 1987, John shot into fame after winning an NHRA. Since then, the winnings began becoming easier and in 1990, John won his first-ever Funny Car title. In those times, he became one of the top teams in the sport.

Moving on, from the year 1993 to 2002, John won an unbelievable 10 straight Funny Car titles. With this, John also earned fame and became a fan favorite.

His Racing declared a partnership with Chevrolet in 2015. In the same year, John battled with a new sponsorship deal from Peak Antifreeze.

The day, August 4, 2019, was one of the biggest days for John as he won his 150th race at the Magic Dry Organic Absorbent NHRA Northwest Nationals breaking a 25 race winless streak. Not only this but he also won the U. S. Nationals in the same year.

Recently, in 2020, John became the runner-up at the season opener in Pomona California. However, John and his team didn’t run again in the 2020 season after 2 events because of the COVID-19 pandemic but would return for the next season. 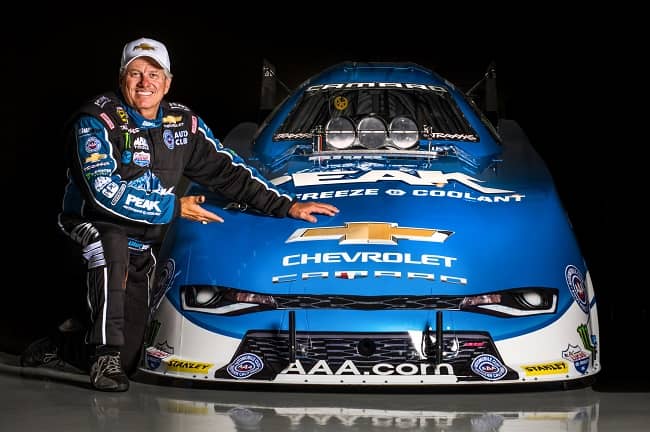 John Force is in a married relationship with Laurie Force since September 26, 1981. John has three daughters named Brittany Force, Courtney Force, and Ashley Force Hood from this marriage.

Ashley is also a former Top Fuel Funny Car drag racer. Apart from this, John was previously married to Lana Bonee from November 22, 1968, to 1972. He also had a daughter named Adria Force from this marriage. 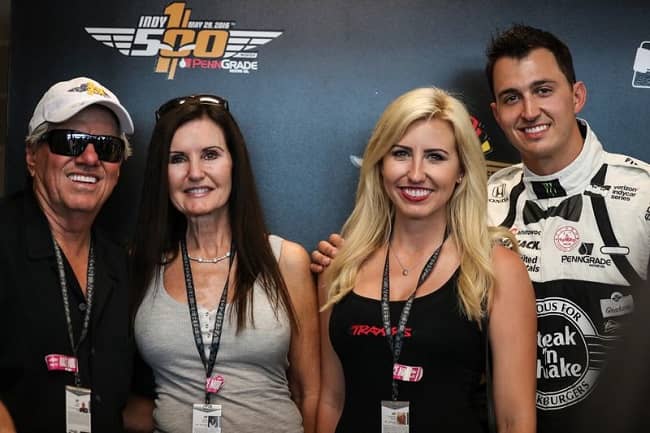 John Force has maintained a fit and healthy body at such age. Enhancing his physical appearance, the drag racer is 5 feet 11 inches or 1.8meters tall and weighs around 79 kg or pounds.

Similarly, his actual body measurement such as chest size, waist size, and hip size is currently unavailable. In addition, has salt and pepper hair and a pair of beautiful green eyes. 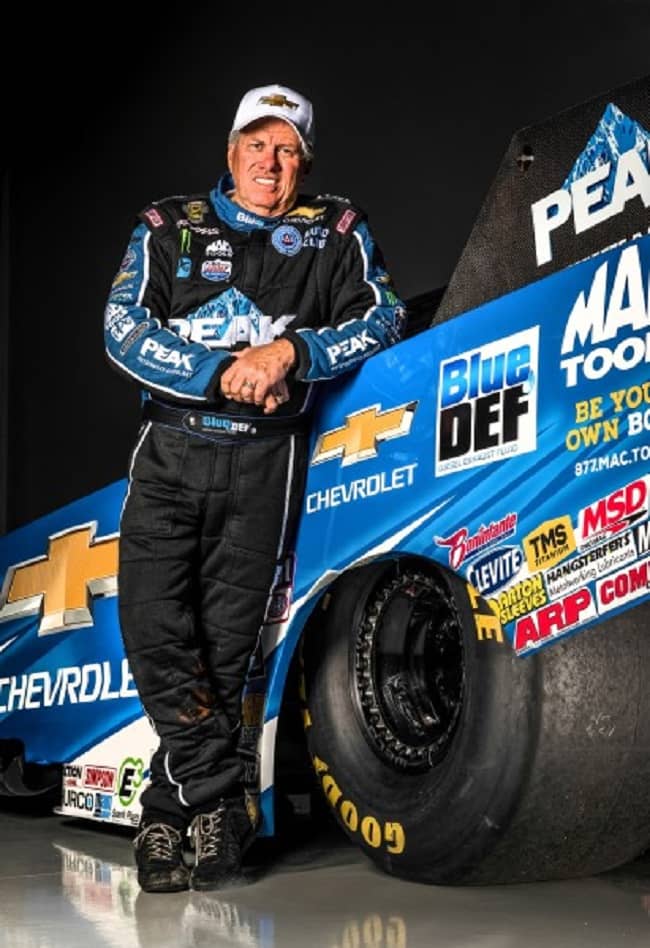 When it comes to his social media handles, John is quite active on them under the name John Force Racing. He has a Facebook page with over 640k likes and 630k followers. Similarly, his @jfr_racing Instagram account has more than 130k followers.

Moving on, he joined Twitter in January 2009 and has gained over 108k followers. In addition, he also has a Youtube channel with 22.3k subscribers where he uploads his race videos.