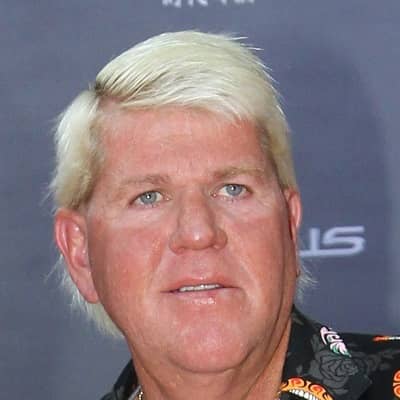 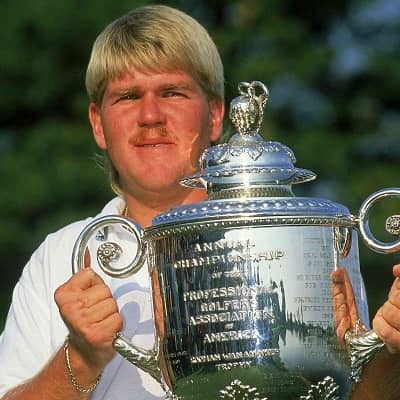 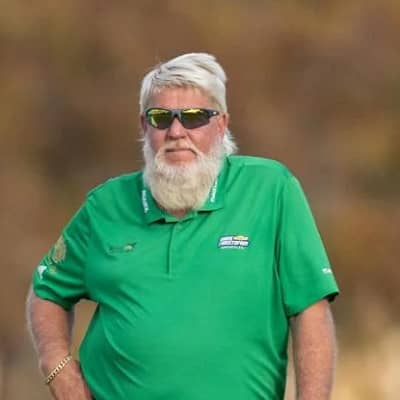 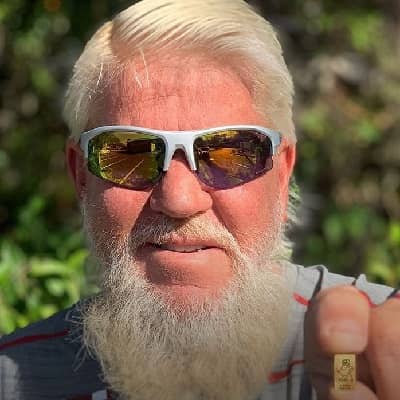 John Daly is a talented American golfer. John Daly is famous for winning the spring club championship at the young age of 13. At the time, he defeated all the male members and the club changed its rules that barred juniors from future open club competitions.

John Daly was born on 28 April 1966 and he is currently 55 years old. He is originally from Carmichael, California, and his zodiac sign is Taurus. Talking about his family, his father is Jim Daly who was a construction worker for industrial plants. Likewise, his mother is Lou Daly. He moved to Dardanelle, Arkansas, with his family at the young age of 4 years. There, he started to play golf the following year at the Bay Ridge Boat and Golf Club. Moreover, his full name is John Patrick Daly.

Then at the age of 10 years, he moved to Locust Grove, Orange County, Virginia, with his family. There, he played golf at the Lake of the Woods Golf Course. There, Daly won the spring club championship at age 13. Then his family moved to Zachary, Louisiana. There, Daly completed ninth grade and half of his tenth grade.

He later attended Helias High School in Jefferson City, Missouri. There, he was also a junior golf member at the Jefferson City Country Club. At this institution, Daly was a letterman in football and golf. In golf, he was a 1983 Missouri state team HS champion with Helias. Additionally, Daly also holds several Helias school kicking records in football.

This personality completed his final three months of high school at Dardanelle High School in the spring of 1984. Back at the Bay Ridge club that summer, he became friends with Rick Ross. Ross was the golf teaching professional at the aforementioned location. As such, Ross assisted Daly with his golf game for the next several years. 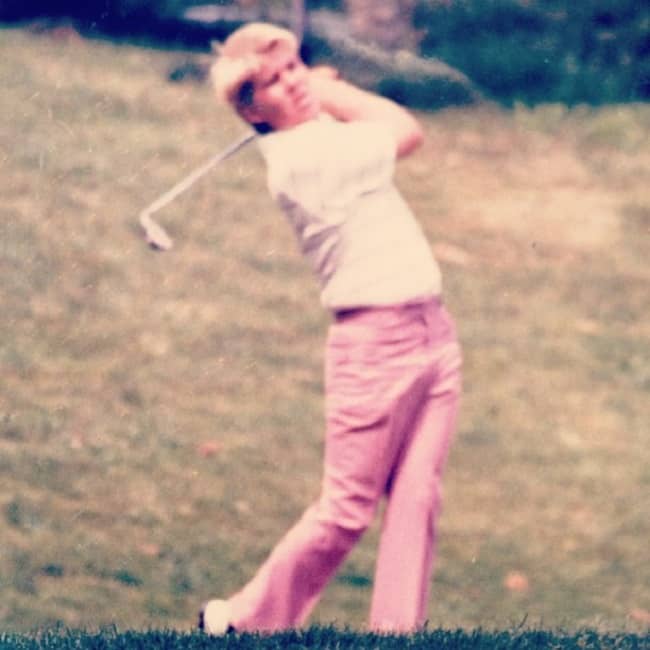 Professionally, John Daly is a golfer on the PGA Tour. People recognize him best for his driving distance off the tee. This earned this personality the nickname “Long John”. People also recognize this golfer for his non-country club appearance and attitude as well as his exceptionally long backswing. He also gained fame for the inconsistency of Daly’s play.

This golfer’s two greatest on-course accomplishments include his zero to hero victory in the 1991 PGA Championship. Another one is Daly’s playoff victory over Costantino Rocca in the 1995 Open Championship. Additionally, this golfer has also won accredited pro events in other countries besides the USA including Canada, South Korea, Scotland, South Africa, Swaziland, Germany, and Turkey.

Likewise, this golfer became the 1st PGA Tour player to average more than 300 yards per drive over a full season in the year 1997. Daly did so again every year from 1999 to 2008. This golfer was the only golfer to keep this record until 2003.

Furthermore, this golfer’s last PGA Tour victory was in San Diego in the year 2004. This earned Daly a two-year playing exemption. After 2006, this golfer’s career began to falter. As such, this golfer had trouble making cuts and staying on the tour. Primarily, this golfer was earning PGA Tour event entries through past champion status and numerous sponsor invitations. 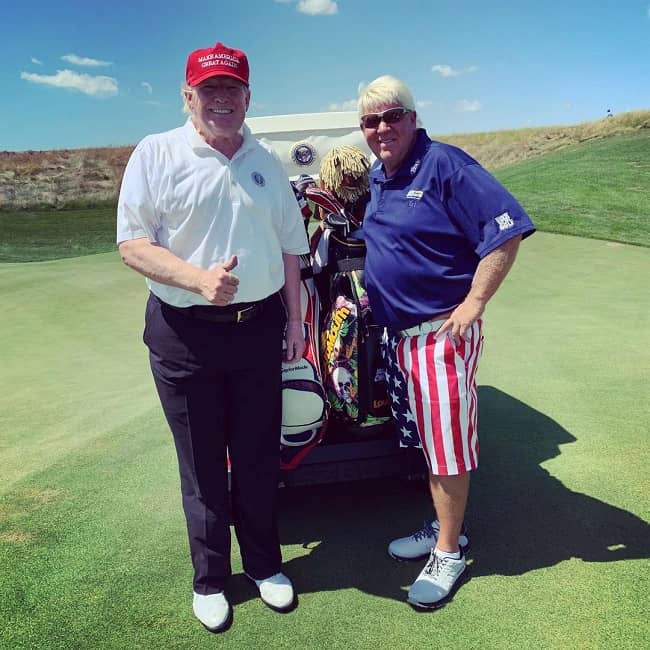 At present, Daly seems to be in a relationship with Anna Cladakis (@jdsace). The last photo that Daly shared featuring Anna on his personal Instagram profile dates back to late December 2021. Other older photos featuring this beautiful lady date back to 2013, 2014, 2016, and 2018. Therefore, it seems like Daly and Anna have been together for a long time since the early 2010s till today. 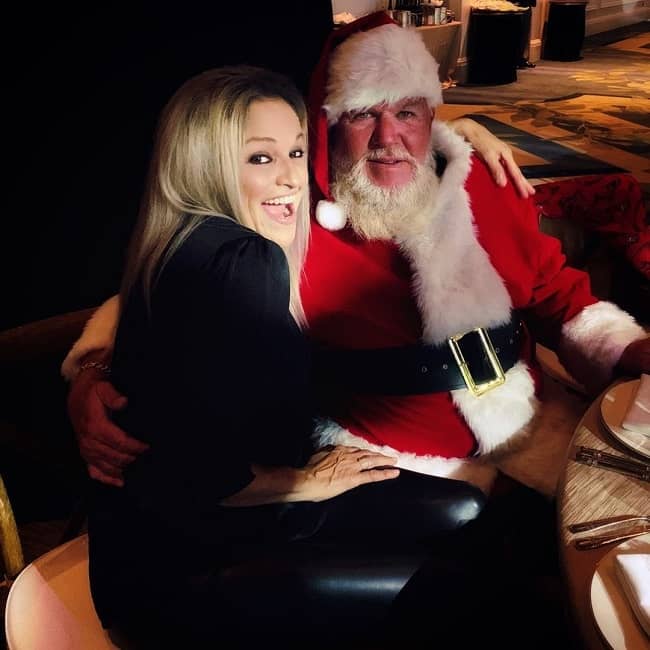 Caption: John Daly in a photo with his lover Anna. Source: Instagram

John Daly was married to Dale Crafton from 1987 to 1990. Then in the summer of 1992, this golfer married his 2nd wife – Bettye Fulford. With Bettye, Daly has a daughter named Shynah Hale. Then in December 1992, Daly was charged with 3rd-degree assault for throwing Bettye into a wall at their home near Denver. The actual circumstances of this incident remained unclear so far as his 2nd wife didn’t wish to pursue the matter. However, in his autobiography, Daly has written that he didn’t nor has ever hit or hurt a woman.

Following this divorce with Bettye that was finalized in 1995, Daly married Paulette Dean the same year. With Dean, he welcomed his daughter – Sierra Lynn – on 1 June 1995. Unfortunately, this marriage also didn’t last forever and they divorced in 1999.

The golfer claims that later that night Miller attacked him with a steak knife and showed up for his 2nd round of Championship on Friday afternoon with cuts and scrapes across his face. He contacted authorities and they came to his house. However, his wife had already fled the scene, taking their son with her.

At some point, Miller pleaded guilty to federal drug charges. Following this, Miller was sentenced to a five-month prison term. On 17 December 2010, Circuit Court Judge Donna Fields awarded custody of the couple’s 7-year-old son “Little John” to Daly. Judge Donna subsequently jailed Miller for interfering with Daly’s court-ordered visitation rights as well as other failures to abide by the court’s orders in their ongoing divorce proceeding. 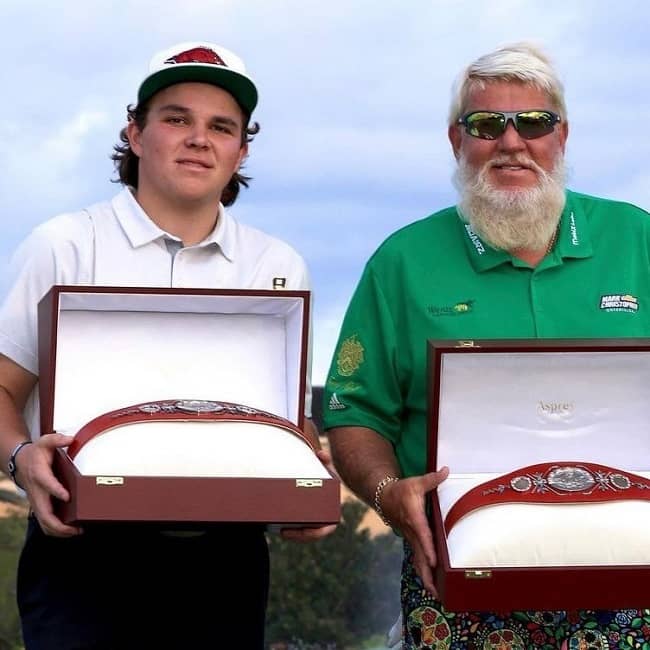 Caption: John Daly in a photo with his son. Source: Instagram

John Daly has a height of 5 feet 11 inches or 1.80 meters and his weight is around 250 lbs or 110 kgs or 17 st 12 lbs. Likewise, this golfer has blonde hair and blue eyes. Besides these, there are no further details like Daly’s chest-waist-hip measures, bicep size, dress size, etc.

John Daly joined Twitter in April 2009 and so far has over 614.9K followers on his @PGA_JohnDaly account. Likewise, his username on Instagram is @pga_johndaly, and has more than 444k followers. Similarly, he has over 301K followers on his Facebook profile as of April 2022. Moving on, this famous American golfer has a net worth of $2 million US dollars.