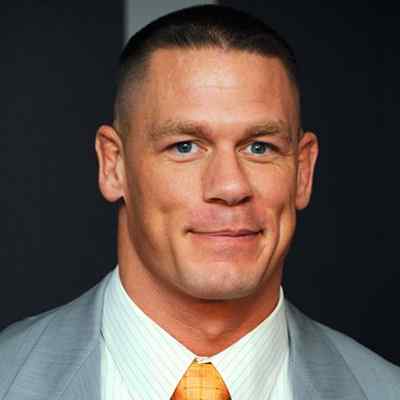 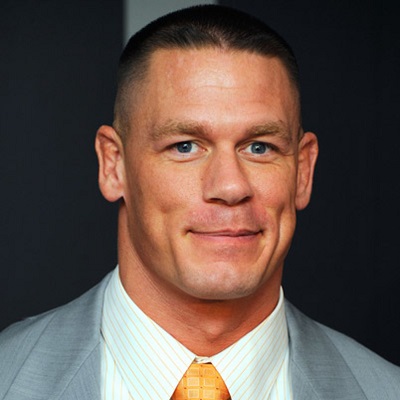 John Cena is an American Professional Wrestler, Actor, Rapper, and Television presenter. John Cena is famous for his appearance in WWE and is one of the legends of WWE.

John Cena is an American Professional Wrestler, Actor, Rapper, and Television presenter was born on (44 years) was born on April 23, 1977, in West Newbury, Massachusetts, United States. The name of his father is John Cena Sr. and his mother’s name is Carol Cena. He has four siblings one older brother named Stephen and three younger brothers Dan, Matt, and Sean. His grandfather was a baseball player Tony Lupien. John belongs to mixed (Italian-American) ethnicity and follows Christian. His Zodiac sign is Taurus.

Therefore, he was an NCAA Division III All-American center on the college football team. Where he was captain and MVP of a football team. In 1998, Cena graduated from Springfield College with a degree in exercise physiology and body movement.

John started the bodybuilding career as she graduates from college. But, he debuts in World Wrestling Federation in a match against Mikey Richardson in 2000 but lost the match. Later, he was given another chance in 2001 SmackDown against Aaron Aguilera and won the match. Then he signed the contract with WWF.

He debuts in the television episode of SmackDownin 2002 after accepted the challenge of American Gold medalist Kurt Angle. Though he lost the match he soon became the fan-favorite. Then, he appeared as a new character known as ‘Doctor of Thuganomics’. In 2004, he reached the final six in the Royal Rumble before being eliminated by the Big Show. It led to a feud that Cena won with his first WWE title, United States Championship.
After losing United States Champion, In 2005 he began a feud with then WWE Champion John “Bradshaw” Layfield. Then he won his first WWE world championship by defeating JBL at WrestleMania 21.

He developed a feud with The Rock and won his eleventh of the WWE championship. Again losing the championship with Ryback he retains it in Extreme Rule. The same year he lost it to Danial Brain. After returning from surgery, he wins World Heavyweight Champion against Alberto Del Rio in a Hell in a Cell match. Cena won his 15th world championship in Money in the Bank.

In 2015, Cena defeated Rusev for the United States Championship at WrestleMania 31. The same year he lost and retain United States Champion against Rusev and Kevin Owens. He resumed his feud with then WWE World Heavyweight Champion Seth Rollins. John faced Rollins in a “Winner Takes All” match at SummerSlam. Again, Cena defeated Rollins to win the title for the fifth time at Night of Champions. Cena lost the title to the returning Alberto Del Rio in an open challenge.

In 2017, Cena defeated Styles at Royal Rumble to tie Ric Flair for the most world title reigns at 16. However, Cena would lose the championship two weeks later in an Elimination Chamber match to Bray Wyatt. From January he was involved in a storyline. Then he loses to Undertaker just under Two minutes. After he lost the Royal Rumble. Cena defeated Triple H.

In July 2017, he became a free agent which meant he will feature in WWE Raw and WWE SmackDown. He and his then-girlfriend Nicki Bella frequently fought together.

John Cena performed himself in his WWE theme song, “Basic Thuganomics“, which featured on the WWE soundtrack album ‘WWE Originals‘ in 2004. The following year, he released his debut album, ‘You Can’t See Me‘, featuring his entrance theme, “The Time is Now“. He has appeared in Wiz Khalifa Two songs “All Day” and “Breaks”.

As for his acting career, he got his first movie role in ‘Ready to Rumble‘, in 2000. Then, after he has worked in many films and television series. Some of his famous films are in a film as ‘The Marine‘, ‘12 Rounds‘, ‘Legendary‘, ‘Fred: The Movie‘, ‘The Reunion‘, ‘Trainwreck‘, ‘Sisters‘, ‘Daddy’s Home‘ and ‘Transformer‘.

Before his professional wrestling career, he made an appearance in an advertisement for Gold’s Gym. As a wrestler, he has endorsed the energy drink, YJ Stinger, in commercials in October 2003, and Subway for whom he filmed advertisements with their spokesperson Jared Fogle in November 2006. For a time in 2007, he also signed the contract with and endorsed the other two “signature collections” of energy drinks and energy bars sold by American Body Builders. In 2008, he filmed a commercial as part of Gillette’s “Young Guns” NASCAR campaign.

Talking about his relationship status, he is a married man. He tied the knot with Shay Shariatzadeh in a private ceremony on October 12, 2020, in Tampa, Fla. She is a product manager for a tech company in Vancouver.

They started dating in 2019 after he and his ex-fiancee Nikki Bella split in 2018. The duo also made their red carpet debut at the premiere of his film “Playing With Fire.” 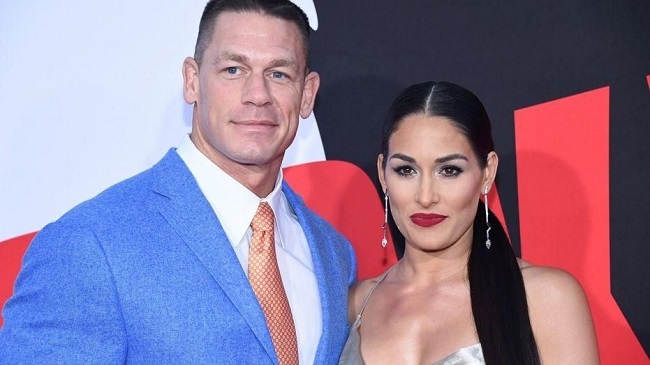 In July 2009, he married his girlfriend Elizabeth Huberdeau. But their marriage didn’t last long after Cena filed for the divorce in 2012 which was shocking for Huberdeau and many fans. After the divorce, the same year Cena started dating  WWE dive Nikki Bella. Cena even proposes the Bella in the ring after the match against The Miz and Maryse. But they had ended their engagement and went there own way in 2018.

In July 2018, he temporarily moved to China, where he settled in Yinchuan. He even created a YouTube show on WWE’s channel, highlighting his trips to local stores and markets. He revealed that he would be living there for five months while acting on a film with Jackie Chan. The shoot ended in November 2018. 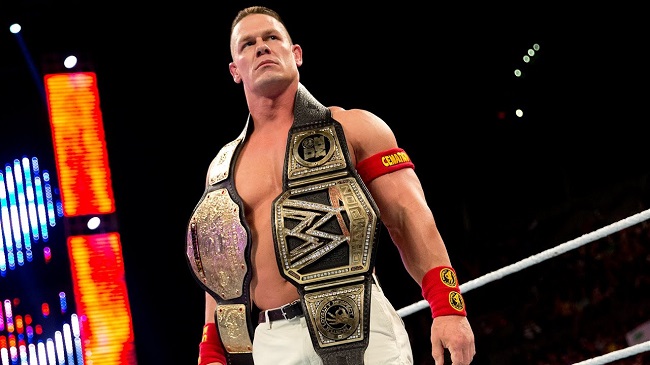 Therefore, Some of his other awards are Springfield College Athletic Hall of Fame inductee Class of 2015, Sports Social TV Entertainer of the Year in 2014 and USO Legacy of Achievement Award in 2016.

John Cena has an estimated net worth of around $55 million. He is one of the richest wrestlers after Dwyane Rock Jonwshon. The sources of his income come from WWE he is one of the biggest superstars of WWE. Besides his wrestling career, he is a Hollywood actor and works in various films. Some of his earning also come from Rap song also he has 2 albums and song with Wiz Khalifa for WWE and its royalty also help increase his net worth.

He became the WWE company’s highest-earning superstar in 2018. John Cena is also a brand in WWE. Likewise, he made a $1 million donation to Black Lives Matter in June 2020 as part of the #MatchAMillion initiative made popular by k-pop band, BTS.

The WWE superstar has been in controversy after openly criticizing the story writer and confused story light. John is one of the biggest stars and the company should listen to him. John along with Daniel Brayan refuses to perform in Crown Jewel in Saudi Arabi make a controversy. But he didn’t let the rumors and controversy affect his personal life. 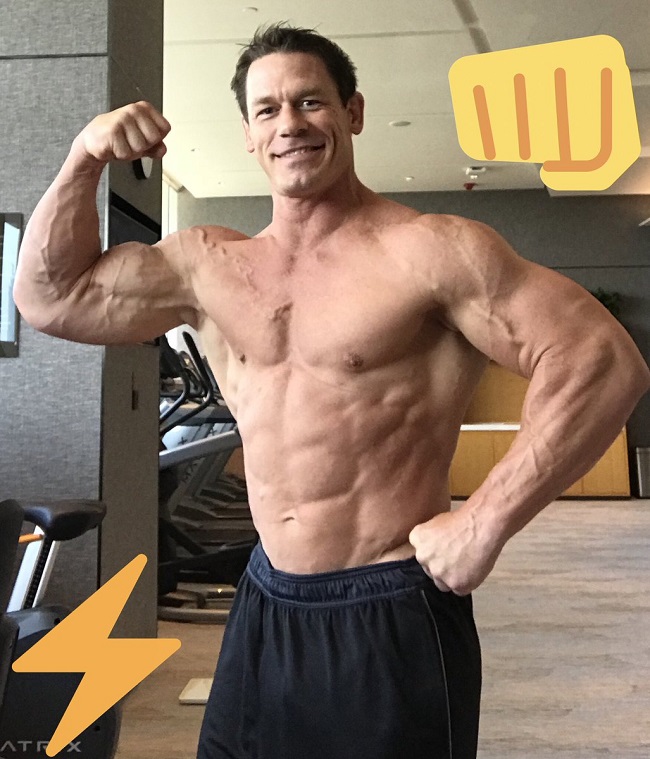