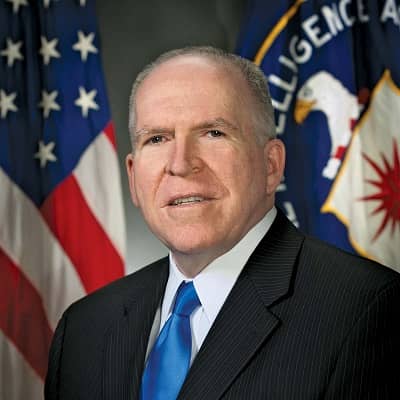 John Owen Brennan is a former American Intelligence officer. Moreover, John Brennan has also served as the Director of the Central Intellengecy Agency.

John was born on 22nd September 1955 in North Bergen, New Jersey. He is currently 65 years old and holds an American nationality. Likewise, he follows the Christianity religion and his birth sign is Virgo. He was born to his parents Owen Brennan (father) and Dorothy (Dunn) Brennan (mother). He grew up with his parents in North Bergen, New Jersey. John’s father was a blacksmith and his mother was a housewife. Moreover, he attended the Immaculate Heart of Mary Elementary School. Likewise, he later graduated from the Saint Joseph of the Palisades High School in West New York, New Jersey.

John attended and completed his graduation from Fordham University, where he graduated with B.A. in political science in 1977. He voted for the Communist Party USA candidate when he was a college student for president, Gus Hall. John later attended the University of Texas at Austin, where he attended and completed the Master of Arts in government with a concentration in Middle East studies in 1980. Moreover, he knows to speak Arabic fluently. Likewise, he applied for the CIA in 1980. John also attended American University in Cairo, where he took Arabian courses.

John started his CIA career as a psychoanalyst. Later he spends 25 years with the agency. Moreover, he worked as a daily intelligence briefer for President Bill Clinton. Likewise, he has also served as the CIA station chief in Riyadh, Saudi Arabia. He served as the chief of staff to George Tenet, then-Director of the CIA.

From 2003 to 2004 he has also served as director of the newly created Terrorist Threat Integration Center. Likewise, later he left government service in order to become Chairman of the Intelligence and National Security Alliance (INSA). John has also become the CEO of The Analysis Corporation (TAC). Later he returned to the government sector as Homeland Security Advisor with the Obama Administration. 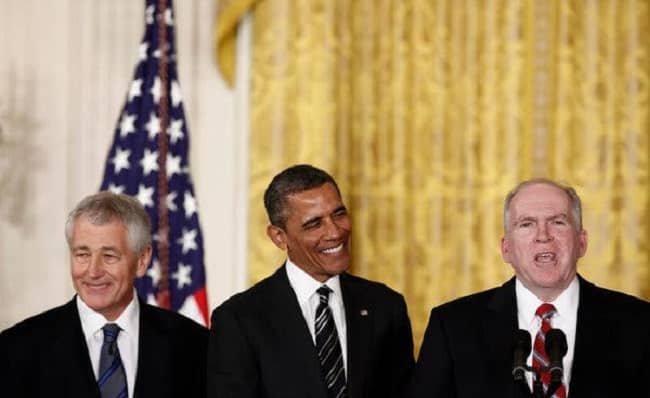 Moreover, President Obama nominated Brennan to be director of the Central Intelligence Agency on 7th January 2013. After the Obama Administration got replaced by President Trump John got replaced by Mike Pompeo on January 23, 2017. John was also named Distinguished Non-Resident Scholar at The University of Texas at Austin, he also acts as senior advisor to the University’s Intelligence Studies Project.

Talking about his achievements, John has done many noticeable things throughout his career. However, he has not been able to win any official awards. Moreover, he got a nomination as the director of the Central Intelligence Agency on 7th January 2013. Moreover, we can assume he will get some more in the upcoming days.

John is a former American Intelligence officer. Talking about his net worth, his estimated net worth is about 3 million USD.

John is an old man with a sharp brain and managing skills. Talking about body measurements, he stands 5 feet and 5 inches tall and weighs about 65 kg. Likewise, he has a pair of light brown colored eyes and has blackish white hair. However, he has not disclosed his other body measurements.