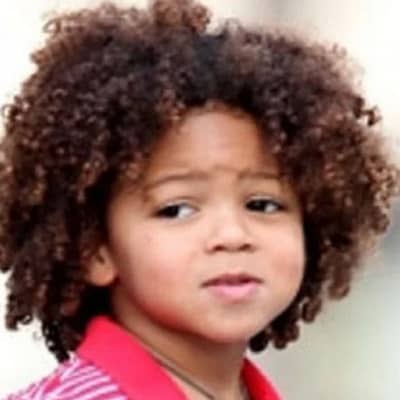 Johan Riley Fyodor Taiwo Samuel best known as Johan Riley Fyodor was born on 22nd November 2006, in Los Angeles, California, the United States of America. According to his birth date, he is 15 years teenager and holds an American nationality. Moreover, his zodiac sign is Sagittarius, and belongs to the American-German ethnicity. 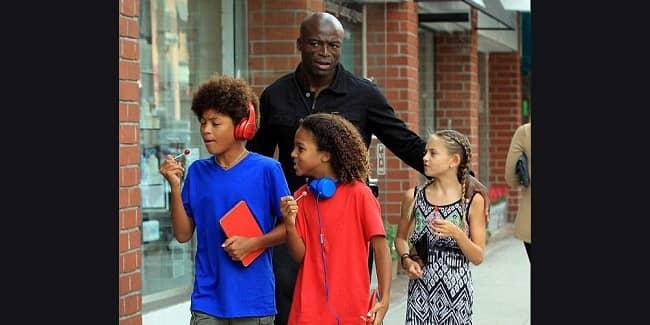 Caption: Johan Riley Fyodor with his father and sibling walking around the street (Source: Biography Post)

He is the third child of Seal (father) and Heidi Klum (mother). His father Seal is a British singer-songwriter and musician. On the other hand, his mother, Heidi is a German-American model, television host, actress, and businesswoman. Moreover, he has three siblings whose names are Helene Boshoven Samuel, Henry Günther Ademola Dashtu Samuel, and Lou Sulola Samuel.

Regarding his academic career, this teenager has not disclosed his academic qualification in public yet. Moreover, we might assume that he is studying in his nearby high school.

As of now, Johan is in his teenage life and mainly focused on his studies. Regarding his professional, there is no information regarding it. But, in nearby future, if he follows in his parent’s footsteps, he might gain huge fame later.

Henry Olusegun Adeola Samuel best known as Seal is a ‘Grammy Award’-winning British singer-songwriter and musician. He began his musical career with minor gigs in local bars and pubs. He joined the British funk band ‘Push’ in 1987 and traveled the world with them. Before returning to England, he went on a solo tour of India.

In the following years, he met producer Adamski, and the two collaborated on the song “Killer,” which went on to become one of 1990’s biggest hits. His career grew and he gained public notice as a result of the song. He eventually got a deal with ‘ZTT Records,’ and his self-titled debut album was released. Trevor Horn produced the album, which was released in 1991. This singer has sold over 20 million albums around the world.

His most well-known songs include “Crazy” and “Killer,” the latter of which reached number one in the United Kingdom, and “Kiss from a Rose,” which was released in 1994. He is well-known for his unique soulful singing voice.

In 2008, he released ‘Soul,’ a collection of covers that included songs by Otis Redding, Curtis Mayfield, and Ben E. King, among others. Over the years, he has also performed at several charity events. He has also worked as a judge for several music competitions in addition to signing and creating songs.

Heidi Klum is a German-American model, television presenter, producer, and entrepreneur. This actress was the first German model to be named a Victoria’s Secret Angel, and she graced the cover of Sports Illustrated’s Swimsuit Issue in 1998.  Moreover, she went on to host and judge Germany’s Next Top Model and the reality show Project Runway.

She has modeled for Dannon and H&M, as well as appeared in commercials for McDonald’s, Volkswagen, and other brands. On Barbie’s 50th anniversary in 2009, she was named her official ambassador. As ab actress, she played supporting roles in movies including Blow Dry (2001), Ella Enchanted (2004), and make guest appearances in The Devil Wears Prada (2006), Perfect Stranger (2007), and Ocean’s 8 (2018).

She has also made guest appearances on television shows such as Sex and the City, How I Met Your Mother, Desperate Housewives, and Parks and Recreation. Since 2013, except 2019, she works as a judge on the NBC reality show America’s Got Talent.

This boy has not yet won any awards or recognition. But his parents have received some of them. His father, Seal won the ‘Ivor Novello Award’ for ‘Best Contemporary Song’ in 1991. In 1992, his song ‘Crazy’ ’ won the ‘Ivor Novello Award’ for the ‘Best Contemporary Song’ and the ‘International Hit of the Year.’ In addition, his song “Killer” earned the “Brit Award” for “British Video of the Year,” as well as the “Brit Award” for “British Album of the Year.”

Seal won another ‘Brit Award’ in 1992, for ‘British Male Solo Artist.’ ‘Kiss from a Rose’ won the MTV VMA Award for ‘Best Video from a Film’ in 1995. Seal won two ‘Grammy Awards’ for the song in 1996. He got a ‘BMI Film & TV Award’ and an ‘Ivor Novello Award’ for the same song in the same year. on the other hand, Johan’s mother, Heidi won the Emmy Award for her outstanding performance as a host for ‘Project Runaway’ in 2013.

As a teenager, this teen is spending his student life and there is no information regarding his net worth. On the other hand, his mother Heidi has a net worth of $160 million, and his father, Seal net worth is estimated at around $40 million.

As of now, this teenager has not disclosed his relationship status in public. Moreover, Johan is single and unmarried. This teenager is not a part of controversy or rumors and focuses on his education.

He stands 4 feet 5 inches tall and weighs around 36 kg. This boy has light brown hair with black eyes color and there is no information regarding his other body measurements. 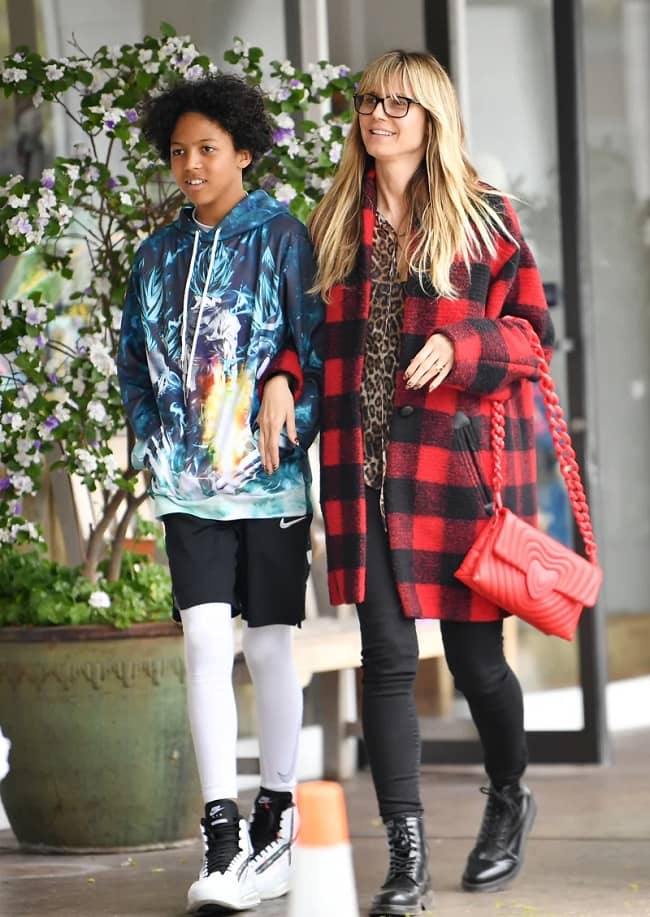