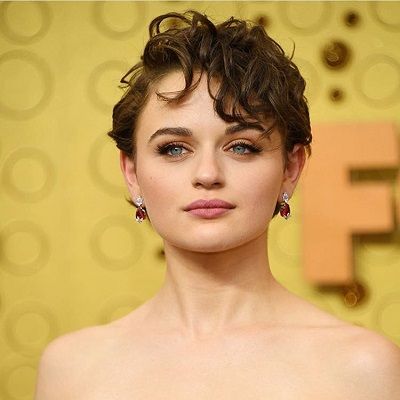 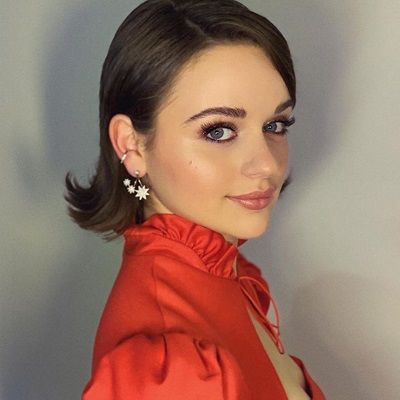 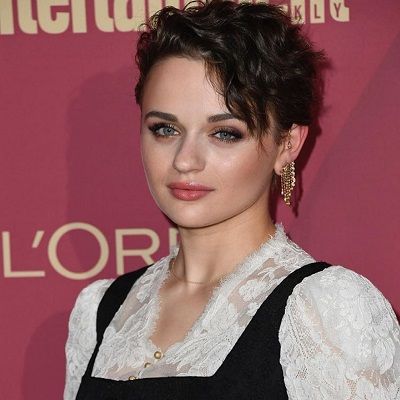 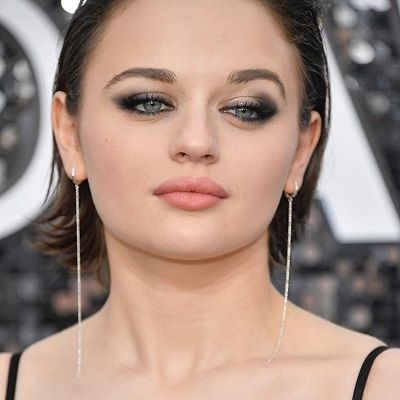 Joey King is a young American actress. Joey King has appeared in numerous TV shows and films. She is most popular for her roles in “Ramona and Beezus”, “The Kissing Booth”, “The Conjuring”, “The Act”, etc. Likewise, she also gained immense fame and recognition for her courage to shave her hair for the characters she plays in the film or shows.

Joey King was born on July 30, 1999, and her current age is 23 years old. She hails from Los Angeles, California, and her full name is Joey Lynn King. Talking about her family, King has two older sisters and they are actresses Kelli King and Hunter King. Also, she has shared that she is “part Jewish and part Christian, but … mostly Jewish.”

Her parents are father Terry and mother Jamie King. Although her parents had no connection with the entertainment industry, her father was an arm-wrestling champion. He was a popular face in the city. Likewise, her father also worked as a consultant for actor Sylvester Stallone. 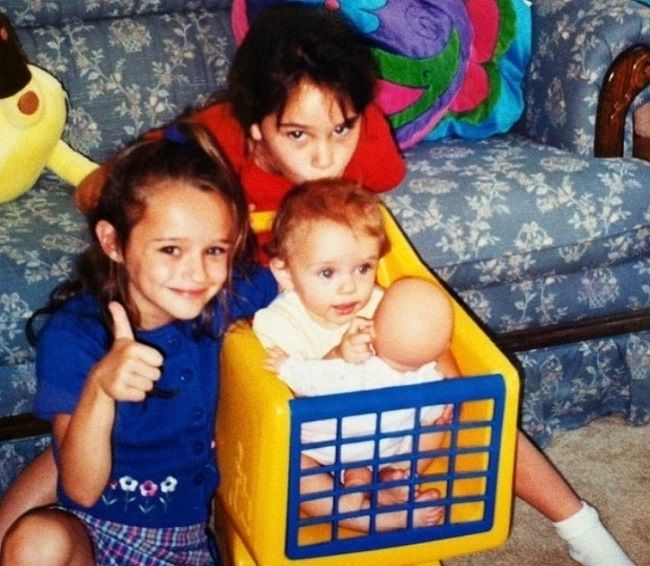 Caption: Joey King and her sisters in a childhood photograph. Source: Instagram

Professionally, Joey King is an actress who is best known for her starring roles in Ramona and Beezus, The Kissing Booth, The Conjuring, Reign Over Me, White House Down, Crazy, Stupid, Love, etc. In 2014, she began playing Greta Grimly on the FX series Fargo and nabbed the lead role in Hulu’s The Act in 2019.

Moreover, she starred in over 100 commercials after getting her first job as a model for Cereal Life. She also made a brief appearance in Taylor Swift’s music video “Mean.” Likewise, she provided her voice for the film Ice Age: Dawn of the Dinosaurs and she enjoyed working on this as it is one of her favorite films. Also, she played a young version of Marion Cotillard’s character in The Dark Knight Rises.

As soon as she was old enough to walk, she started auditioning for commercials. At the young age of 4, she appeared in the commercial for ‘Life Cereal’. The commercial was her first tryst with nationwide fame. She then started working as a child model soon after. Over the next couple of years, the young star featured in more than a hundred local and national commercials.

Moreover, she inherited the love of acting from her grandmother as per some sources. Her grandmother used to perform in live theater. Over time, she became further interested in a career in the entertainment industry and started auditioning more frequently.

Finally, in 2006, she made her film and acting debut with a small two-episode role in the popular Disney sitcom ‘The Suite Life of Zack & Cody.’ As it was one of the most popular Disney shows back then, it turned out to be a great platform for her to showcase her talent at the young age of 7 years.

Then in 2007, she appeared in a small uncredited role in the film Reign Over Me. She then worked with a voice role in the animation film ‘Horton Hears a Who!’ and the horror film ‘Quarantine’ in 2008. She was slowly gaining prominence, owing to her small but effective on-screen appearances.

Later in 2009, King provided her voice for another animated film, ‘Ice Age: Dawn of the Dinosaurs,’ and appeared in the TV film ‘Anatomy of Hope.’ During her early years, the young actress played small roles in many series such as ‘Entourage,’ ‘Jericho,’ and ‘Malcolm in the Middle,’ while she awaited a breakthrough role. 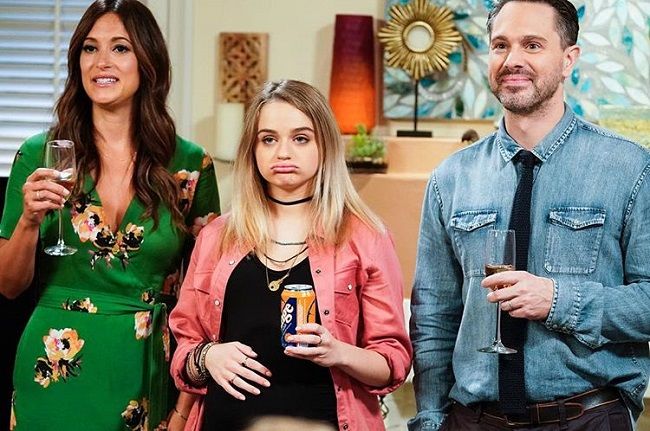 Caption: Joey King in a scene of the sitcom Life in Pieces. Source: Instagram

Then in the year 2010, she finally earned the very first lead role of her career when she appeared in the comedy-drama film ‘Ramona and Beezus.’ The film featured her in the titular role of ‘Ramona Quimby,’ the younger sister of ‘Beezus Quimby,’ played by Selena Gomez. They adapted the film from Beverly Cleary’s novel. This film made her a prominent child actor. Apart from starring in the film, she also contributed to the original soundtrack of the film and sang a song called ‘Ramona Blue.’

Likewise, in 2011, she appeared in the romantic-comedy series ‘Bent,’ which featured her in the leading role of Charlie. After the initial breakthrough, she appeared in several big-budget productions such as ‘Crazy, Stupid, Love’ and ‘Battle: Los Angeles.’

In 2012, she appeared in a small role in the film ‘The Dark Knight Rises.’ The film was the final installment in Christopher Nolan’s ‘The Dark Knight Trilogy’. She played a young ‘Talia Al Ghul’ in the film. Furthermore, she had to shave her head for the role, which had her earn praise from people in the industry.

In 2013, she appeared in the fantasy–adventure film ‘Oz the Great and Powerful.’ Sam Raimi directed this film and starred Mila Kunis and James Franco in leading roles. She played the role of China Girl which was mostly a voice role. The same year, she appeared in two major roles of Christine Perron in the horror film The Conjuring and Emily Cale, the daughter of the lead character, played by Channing Tatum. 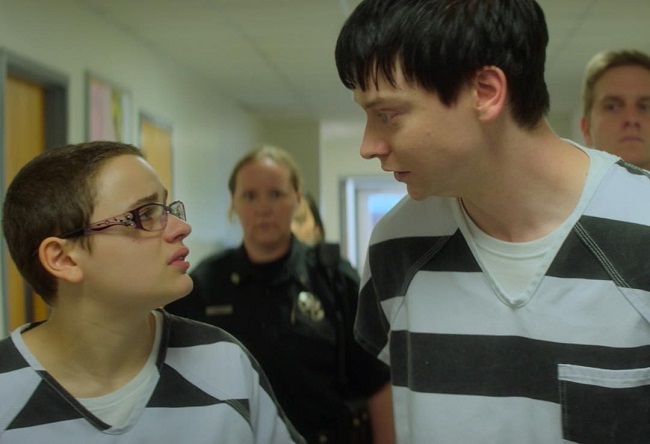 Caption: Joey King in a scene of the movie “The Act”. Source: Instagram

In 2014, King appeared in the comedy-drama film Wish I Was Here. The same year, she lent her voice to Jessie, one of the leading characters of the animated series ‘The Boxcar Children.’

In the year 2014, she also appeared as one of the key characters in the film The Sound and the Fury directed by and starring James Franco. She played the role of Miss Quentin in this film. The same year, she also bagged the recurring role of Greta Grimly in the popular crime-drama series Fargo.

Over the next few years, she starred in films such as ‘Stonewall,’ ‘Borealis,’ ‘Independence Day: Resurgence,’ ‘Going in Style,’ ‘Wish Upon,’ and ‘Smartass.’ Then in the year 2016, she appeared as the leading lady, Maddison Crawford, in the series Tween Fest.  The series turned out to be a major success and was also nominated for an Emmy Award. Then in 2018, she appeared in the film The Kissing Booth.

Furthermore, the Canadian Images features the jury made honorable mention of recognizing King as an Emerging Actress for her performance in Borealis. This was at the 2015 Vancouver International Film Festival. Moving on, she has a net worth estimation of approximately 3 million dollars.

Talking about her relationship status, Joey King started dating Steven Piet in 2019. Before this romantic involvement, she previously dated her Kissing Booth co-star Jacob Elordi. Moreover, King has maintained a clean public profile that is away from rumors, scandals, and controversies that might hamper her professional career and personal life. 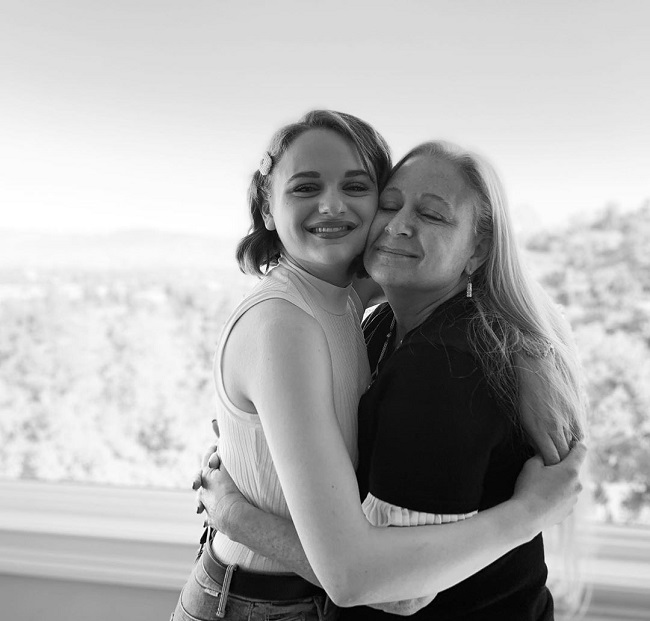 Caption: Joey King posing for a photo with her mother. Source: Instagram

Joey King stands tall at a height of 5 feet 4 inches tall and her chest-waist-hip measures are ‎34-25-35 inches respectively. Other than this there is no information about her weight, dress size, shoe size, etc. Moreover, the actress has beautiful blue eyes and dark brown hair color.

Talking about her social media presence, King joined Twitter in April 2009 and so far has 489.3K followers on her @JoeyKing account. Likewise, she goes by @joeyking on Instagram and this account boasts 534 posts and shares and 13.2 million followers at the time of writing this biography.