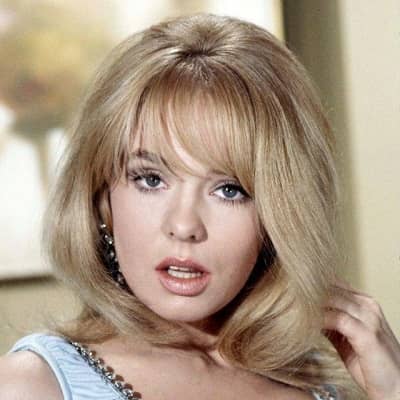 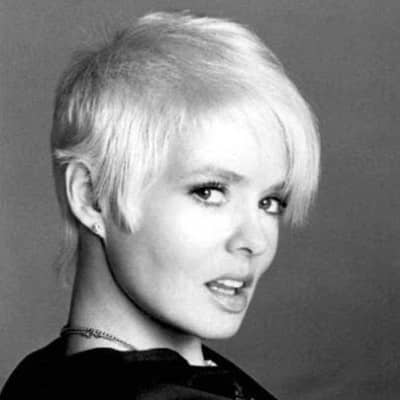 Joey was born on September 14, 1944, in Long Island, New York. Her full name is Davenie Johanna Heatherton. She has now turned 76 years old. Her horoscope is Virgo. Moreover, her nationality is American. She was raised in Rockville Centre, New York, a suburb of New York City.

The name of her parents is Ray Heatherton and Davenie Ross Watson. Her father was a Broadway star (Babes in Arms) and a television pioneer. He was famous in the greater New York area as the star of the long-running children’s television show The Merry Mailman. Her mother was a dancer. They met each other when both were performing in Babes in Arms. Heatherton has a brother, Dick (born October 19, 1943), who later became a disc jockey.

She attended Saint Agnes Academy, a Catholic grade and high school.  At the age of six, she began studying ballet at the Dixon McAfee School of Dance, and went on to four years of study under George Balanchine, and went on to study modern jazz dance, voice, and dramatics.

Joey Heatherton began her career as a child actress. She first appeared on television on her father’s show, The Merry Mailman, a popular children’s show in New York. In 1959, when she was 15, she became a member of the ensemble and an understudy in the original Broadway production of The Sound of Music, and received her first sustained national exposure that same year as a semi-regular on The Perry Como Show (later called Perry Como’s Kraft Music Hall), playing an exuberant teenager with a perpetual crush on Perry Como.

Heatherton also released her first single that year, entitled “That’s How It Goes”/”I’ll Be Seeing You”, but failed to have a hit with it, or with the three additional singles she released over the next few years. Her first television role as a dramatic actress came in 1960 when she guest-starred as a wealthy, spoiled teen on an early episode of Route 66. During the early 1960s, Heatherton was frequently cast as a troubled teenager due to her “sexy-kid look”.

Beginning in the mid-1960s, Heatherton began to gain attention for her sensual dancing on television, which some viewers considered shocking and some critics derided as “sleazy eroticism”. In 1964 she appeared on The Tonight Show, where she coached Johnny Carson on the finer points of dancing “The Frug.” She was featured on several more episodes of the show and released “Hullabaloo”, a song that she had performed on the show, on Coral Records. From June to September 1968, along with Frank Sinatra, Jr., Heatherton co-hosted Martin’s summer-substitute musical comedy hour, Dean Martin Presents the Golddiggers. She also made multiple appearances on other 1960s television variety shows, such as The Andy Williams Show, The Hollywood Palace, The Ed Sullivan Show, and This Is Tom Jones.

Heatherton also appeared in the movies Twilight of Honor (1963), Where Love Has Gone (1964), and My Blood Runs Cold (1965).[12] In her film debut, Twilight of Honor, she played the young wife of an accused murderer (Oscar-nominee Nick Adams). The only one of the three films to be made in color, 1964’s Where Love Has Gone, was a big-budget melodrama based on Harold Robbins‘ roman à clef about the scandalous Lana Turner–Cheryl Crane–Johnny Stompanato manslaughter case, with Heatherton playing the daughter of the Turner character (Susan Hayward). 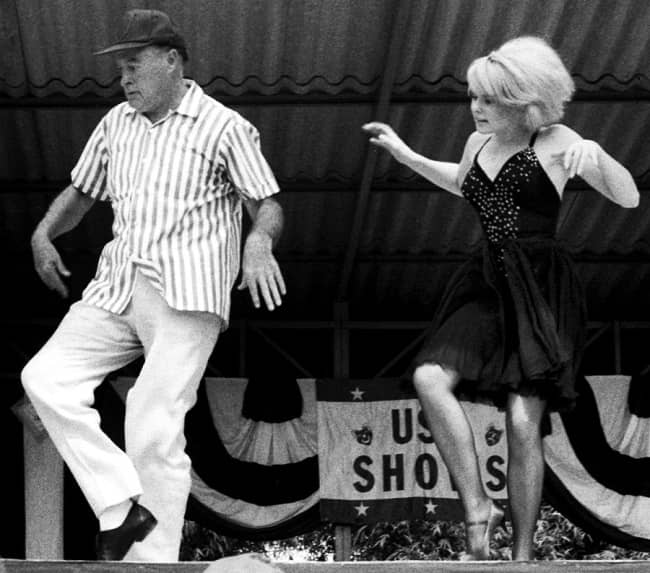 Joey married former Dallas Cowboy Lance Rentzel in April 1969,  a Dallas Cowboys wide receiver, in New York City. In November 1970, Rentzel was arrested for exposing himself to a 10-year-old girl. He pleaded guilty to the charge and promised to undergo psychiatric treatment. Then Heatherton filed for divorce in September 1971 and her career lost its luster; some say she never recovered from the psychic shock of Rentzel’s offense. The divorce became final in 1972. 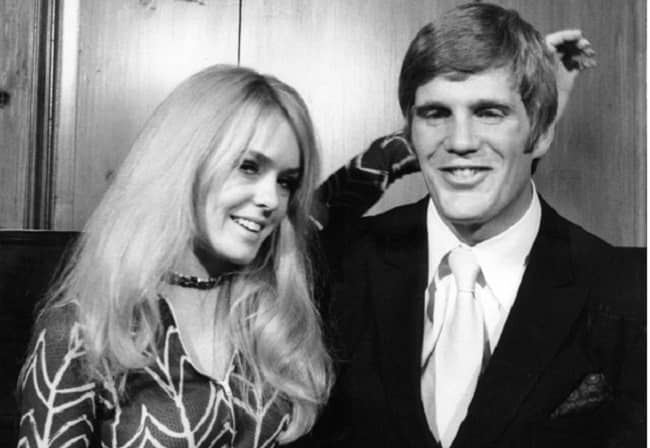 In July 1985, Joey was arrested and charged with theft of services for refusing to pay a $4,906 bill from a hotel and spa in Long Island where she stayed in 1984. She pleaded not guilty to the charge. On July 8, 1985, she was arrested and charged with interfering with a government agent’s duties and disturbing the peace after she allegedly slapped and pulled the hair of a clerk at Manhattan’s U.S. Passport Agency office.  On August 30, 1986, Heatherton was arrested for assault in Hillcrest, Rockland County, New York, after she stabbed Jerry Fisher, her former boyfriend, and ex-manager, in the hand with a steak knife during an argument.

After her arrest, Heatherton told police who she was, but they did not believe her. She then handed one of the officers her purse to verify her identity. While looking through Heatherton’s purse, the officer found a foil packet with less than a gram of cocaine. Heatherton was charged with assault and misdemeanor drug possession. In October 1987, a court ruled that the search was unconstitutional as Heatherton was not advised that she could refuse a purse search. Jerry Fisher later dropped the charge of assault against Heatherton.

Joey is 5 feet 4 inches tall and has a weight of 56kg. She has blonde hair and a pair of green eyes. The short haircut suits her perfectly and also has appeared on a short haircut. She is very attractive and beautiful. No doubts that she has thousands of followers and fans.

Coming to social media, she is no longer active on social media. But she has a Twitter account and has a YouTube Channel too. She has 11 followers on Twitter but has not shared even one post. Heatherton has a Facebook page for her appreciation of her work and there are 3,003 followers.  Lastly, there are 794 subscribers on her YouTube channel. Hence, she does not have her official account.