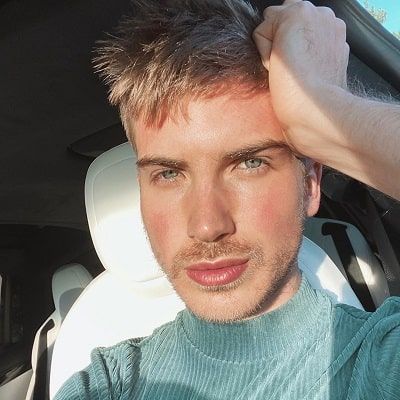 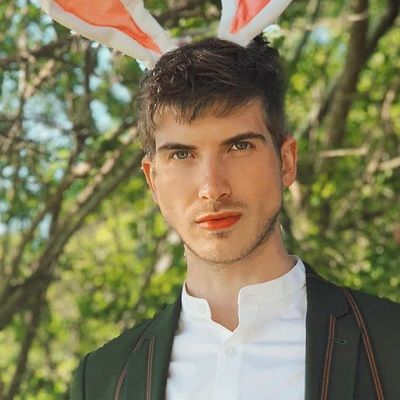 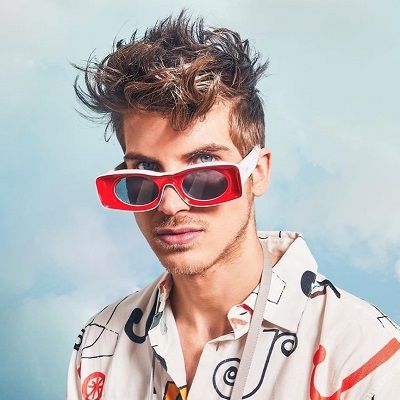 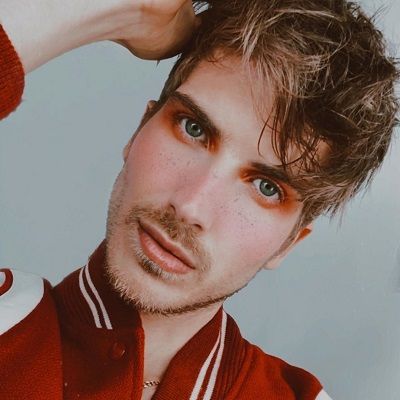 Joey Graceffa is an American multi-talented personality. Joey Graceffa is a YouTuber, actor, author, producer, as well as a singer. He has published three books of the same series namely Children of Eden, Elites of Eden, and Rebels of Eden. He has also worked on several projects including The Amazing Race and Escape the Night series among others.

Joey Graceffa was born on 16 May 1991 and he is currently 31 years old. His full name is Joseph Michael Graceffa and he is originally from Marlborough, Massachusetts. His parents are Debbie O’Connor and Joe Graceffa. Similarly, Joey has two siblings, an older sister named Nicole and a younger half-brother named Jett. Jett is his mom and his stepfather, Bob’s son and he has autism.

Further, Joey Graceffa’s mother resorted to alcoholism to cope with her life’s troubles. Hence, Joey endured hardships due to this incident in life. These started when he was only around 12 years old. According to his book In Real Life, Joey graduated from Marlborough High School in 2009. He originally applied to Emerson College but was rejected. Then he enrolled in Fitchburg State College intending to major in film, however, he left after only one year. 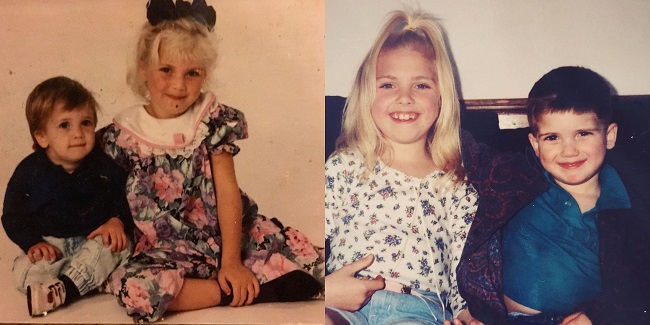 Caption: Joey Graceffa with his sister Nicole in their childhood photos. Source: Instagram

Joey is a multitalented personality. He is a YouTuber, vlogger, actor, author, producer, as well as a singer. Joey runs three active YouTube channels. The main channel is dedicated to vlogging, the second features video gaming content whereas the third was made only recently for daily vlogs.

In the year 2007, at the age of 16, Joey Graceffa began uploading videos to the YouTube channel “WinterSpringPro”. He did so with his high school friend Brittany Joyal. Then in 2009, Joey started posting videos on his channel called Joey Graceffa. Later in 2013, Joey joined the StyleHaul YouTube network.

In 2013, he and a fellow YouTube personality Meghan Camarena became contestants on The Amazing Race season 22. The duo made it to the tenth leg before elimination. Joey Graceffa told an interviewer that

“There were a lot of bad times but it was definitely good overall. It was an amazing experience, and I’d love to do it again.”

The duo later teamed up once again to compete in The Amazing Race: All-Stars. Then in late 2013 and early 2014, Joey starred in his web series, Storytellers. Kickstarter and Indiegogo campaigns, which Joey Graceffa ran himself, funded this project.

Similarly, in 2014, Joey Graceffa starred in his short film Eon. The same year he also starred in Ethereal. For this, he worked alongside Joey Pollari. Moreover, from 2012 to 2014, Joey was involved in various BlackBoxTV short films. He was also a part of the Fine Brothers online series MyMusic throughout 2013 and 2014.

Further, Joey Graceffa received nominations for two awards at the 2014 Teen Choice Awards. Besides these, he won Best Male Actor in a Dramatic Web Series at the 2014 Streamy Awards. It was for his portrayal of Hunter Crowley in Storytellers. Common Sense Media also named him one of the 10 YouTube Stars Your Kids Love.

Then in March 2015, he starred in an episode of the CONtv reality television project Fight of the Living Dead. Fellow YouTube personality Justine Ezarik created this project. Similarly, on 16 May 2015, Joey released a song along with its music video titled Don’t Wait. The music video is an unconventional fantasy fairytale story featuring goblins, a witch, and a prince. Then the video ends with Joey kissing his male co-star while dressed as a prince. By October 2016, the music video has earned over 24 million views.

On 19 May 2015, he released a memoir called In Real Life: My Journey to a Pixelated World. Keywords Press published his work and in this book, Joey discusses being bullied and feeling lonely in school, his mother’s alcoholism, his younger brother’s illness, the beginnings of his YouTube career, and his road to self-acceptance. These were some of the topics that Joey has discussed in his memoir. This book was a New York Times Best Seller on the “celebrities” list in July 2015 and they later changed the cover of the book to acknowledge this achievement.

Additionally, on 21 June 2016, Joey Graceffa announced in his YouTube video I HAVE A SURPRISE! that he’s starting a crystal-based jewelry line. The jewelry line is called Crystal Wolf. Then on 7 June 2017, Crystal Wolf Co released its Summer Solstice Collection with new jewelry and including the Crystal nail polish for the overall Summer Collection.

The first episode of this series has over 9,000,000 views. Then on 22 June 2017, he worked on Escape the Night’s season 2. The season stars himself and includes Liza Koshy, Alex Wassabi, Lauren Riihimaki, DeStorm Power, Gabbie Hanna, Jesse Wellens, Andrea Russett, Tyler Oakley, and Tana Mongeau. 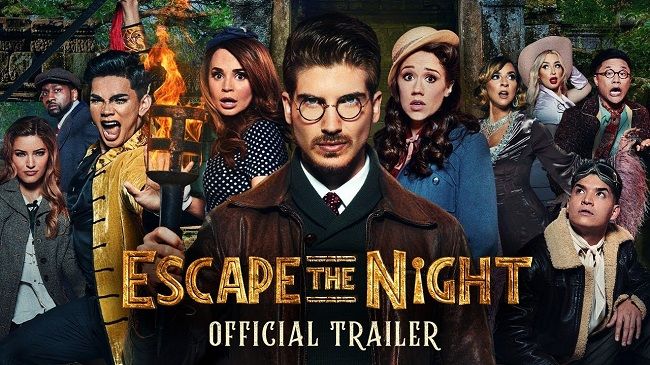 Caption: Joey Graceffa on the cover of the 4th part of the “Escape the Night” series. Source: Youtube

On 4 October 2016, Joey Graceffa along with co-author Laura L. Sullivan released a young adult novel, Children of Eden. Keywords Press again published his work. The book follows a Second child named Rowen. Rowen is marked with death due to Eden’s population control and recklessly escapes for an adventure after sixteen years of hiding. This book was a New York Times Best Seller on the “Young Adult Hardcover” list in the week of October 23, 2016.

On 6 January 2017, Joey Graceffa announced that he would be playing an extra in the full-length feature film, Space Between Us. This movie was originally released in the United States on 3 February 2017 and its story follows a teenage boy, Asa Butterfield, who travels to Earth. The boy is born on Mars and after uniting with his long-distant friend, Britt Robertson, the two soon form a new relationship with each other.

In the YouTube video MOST INSANE BIRTHDAY SURPRISE EVER!, Joey announced the sequel to his young adult novel Children of Eden. The sequel’s title is Elites of Eden, and the story follows an Elite and a lilac-haired girl – Yarrow, and Lark.

On a YouTube video uploaded on 16 May 2018, Joey announced the release of the final book in his Children of Eden series. Its title is Rebels of Eden. The book went on sale on 2 October 2018 and he announced the news of this book on his 27th birthday.

Moving on, Joey has a net worth estimation of approximately $12 million. His main channel is itself worth $466,000. Joey has published almost 2k videos which all together add up to more than 2 billion views. He creates on average 7 new videos every month earning 331k video views every day.

Likewise, his second Youtube channel alone is worth $143,000. He has so far published over 2,000 videos which all together add up to more than 601 million views. Likewise, Joey Graceffa creates on average 10 new videos every month earning 116k video views every day.

Before confirming his relationship status, Joey confirmed through YouTube on 18 May 2015 that he was gay. He further added that the reason he waited so long to come out online was:

There was a lot of hesitation to come out online because of growing up in my town: It wasn’t acceptable to be gay; it was looked down upon. I definitely feel more open and free with who I am, and I think that’s inspired a lot of other people to also do the same and have come out to their friends and family. 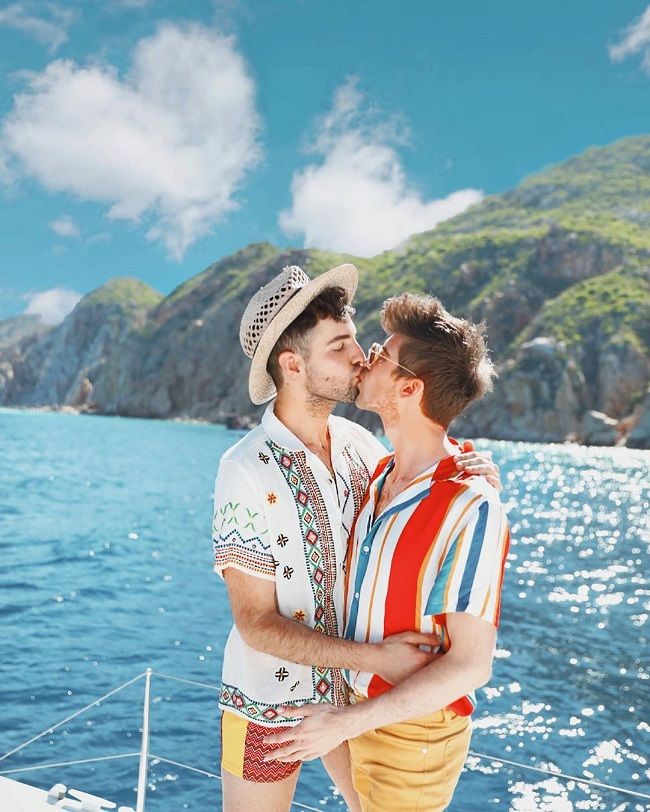 Joey Graceffa stands tall at a height of 5 feet 11 inches and weighs around 73 kgs. Likewise, he has green eyes and dirty blonde hair color.