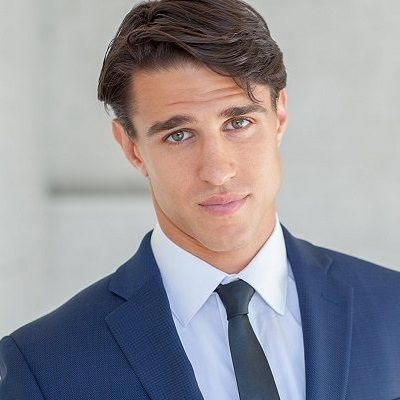 Joe LoCicero is an American Model and Actor. Joe LoCicero is also famous as Gina Rodriguez’s husband. Gina is a famous actress as well as a director. He has also worked on a campaign with many brands like Abercrombie & Fitch, Tommy Hilfiger, and Juicy Couture.

The 35 years old Joe was born on August 9, 1986, in Long Island, New York. He holds American Nationality and Leo Zodiac Sign. He has not mentioned anything about his family or childhood. Likewise, He is believed to be the only child of his parents. He is of Puerto Rican descent (citizens of the commonwealth of Puerto Rico). His parents were born in Puerto Rico.

There is currently no information regarding his education. But he was quite popular in high school thanks to his attractive looks. Although many girls told him he could be a model, he never took them seriously. He even didn’t plan on becoming a model. He has not enrolled in college as he was already on the path of modeling to become a worldwide popular actor and model.

Joe was spotted by a modeling scout in New Jersey when he was watching a movie with his girlfriend. He was invited by the modeling scout to attend his first photo shoot. Although he was a bit skeptical (Have doubts), he accepted the offer. After that, he became a model as soon as the photoshoot was done. His career was launched before he matriculated (passed) from high school.

When he was in high school he had a dream of becoming a popular soccer player. But he changed his dream when he started his career in modeling. He is very much interested in martial arts. It has been a couple of years now since he started practicing Muay Thai. He is also a big fan of mixed martial arts (MMA) and enjoys watching MMA matches both live and on TV.

In 2013, he began a step foot in an acting career in Jeff Compton’s short film ‘Hector: Lost Souls with Switchblades’. In the same year, he also appeared in his first TV project ‘A Crime to Remember. He also worked with director Tyler Jolley in the comedy short ‘Karaoke the Movie’. LoCicero had a recurring role as an MMA fighter in three episodes of the first season of the series ‘Kingdom’. He had appeared in both the pilot and season finale episodes.

Similarly, he appeared in another comedy short, ‘Crossword Puzzle Brahs’ in 2015. He has served as the stunt choreographer for the movie “Spaghettiman” shot in 2016. In the same year, he was featured in the movie ‘The Perfect Pitch’. He has also lent his voice to Luca Vincenzo Cocchiola in the video game ‘Battlefield 1’. He had also appeared in the indie horror science fiction film ‘Welcome to Willits’.

LoCicero’s first guest appearance in The CW’s television series ‘Jane the Virgin’ was in a season two episode. He has also made an appearance in the third, as well as the fourth season. LoCicero co-wrote the script of the 2018 ‘Cop Chronicles: Loose Cannons: The Legend of the Haj-Mirage’. He wrote the script with Winston Carter, Benjamin Crutcher, Samir Forghani, Brand Rackley, and the film’s director Mark Potts. He also played the role of McGraw in the movie.
In 2019, he shared screen space with his then-life partner Rodriguez in two non-mainstream films: ‘Miss Bala’ and ‘Somebody Great’.LoCicero is likewise set to star in two up-and-coming short movies: ‘Karate City’ and ‘I Lost My Phone.
He has worked with some of the most popular brands such as Abercrombie & Fitch, Tommy Hilfiger, and Juicy Couture, among others. He has also performed a couple of times on the radio with the “Long Beach Shakespeare Company”. 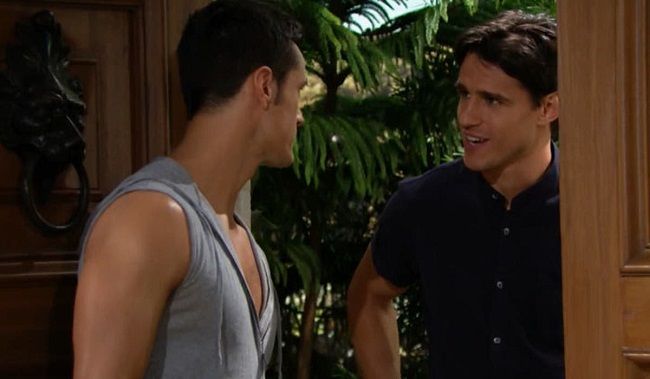 Caption: Joe LoCicero as Vinny Walker in the TV-Show The Bold and The Beautiful. Source: Soap Central.

There is no information about his awards. As he has not won any awards till now but we might hope he may be able to win awards shortly. He was spotted at many award functions with his wife Gina Rodriguez.

According to some sources, his net worth is estimated to be more than $350,000. It is said that their net worth will keep on rising as long as he keeps on modeling and acting. Speaking about his assets there is no information.

Joe met Gina Rodriguez when he appeared in the “Chapter Thirty-Nine” episode of the “Jane the Virgin” TV series in 2016. In a meeting on Live With Kelly and Ryan in May 2017, Rodriguez opened up about her and LoCicero’s meet-charming and uncovered they didn’t begin dating right when they met. After meeting on-set, they headed out in their direction and ran into one another a half year later at a boxing exercise center.

They made their relationship official in November 2016 and had been seen attending the red carpets together. In July 2018 he asked Gina to marry him getting on his knees. The couple got engaged in July 2018. On May 4, 2019, the couple got married which was a modest ceremony. The two only invited their closest friends and families.

Talking about his previous relationships there is no information. But there was a rumor that Gina was dating actor Henry Esteve for a year and Ben Schartz for a couple of months. Though they have been together for more than 3 years they are not planning on starting a family. Both of them are focused on their acting careers. 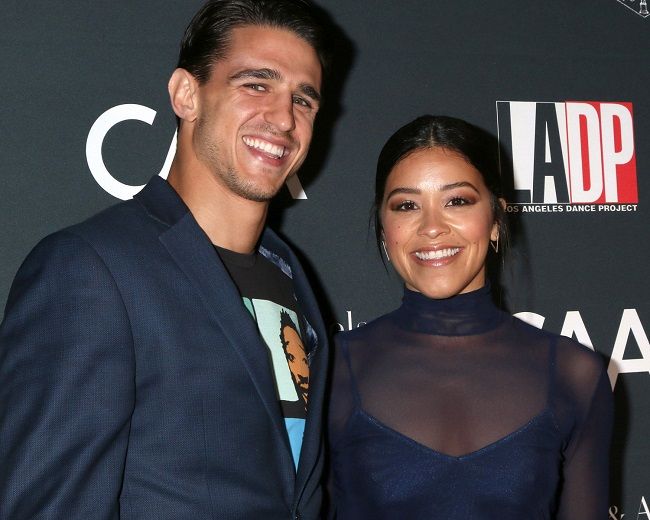 According to biographypedia.org, there was a rumor that he was a womanizer before meeting Gina. Currently, there are no controversies about him around.