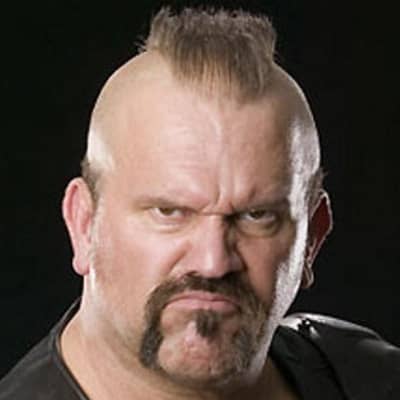 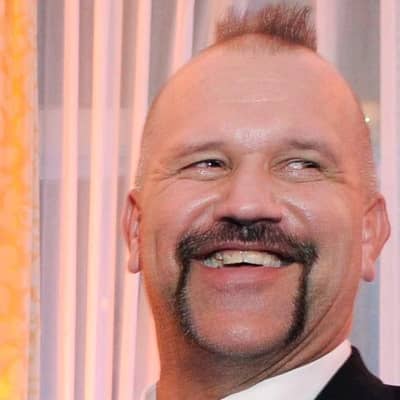 Joseph Michael Laurinaitis best known as Joe Laurinaitis was born on 12th September 1960, in Philadelphia, Pennsylvania, the United States of America. He was 61 years at the time of his death and was a citizen of America. Moreover, he was a Christian by religion and his zodiac sign is unknown. He was the son of Joseph Anthony Laurinaitis (father) and Lorna Ann Lauronaitis (mother).

In addition, he has two brothers whose names are John and Marcus. His brother John is a former Executive Vice President of Talent Relations for WWE and a former wrestler. And his other brother is also a former wrestler who is best known for his ring name ‘The Terminator’.

Talking about his academic career, he attended Irondale High School. Apart from this, there is no more detailed information regarding his further education life.

Joe Laurinaitis died of natural causes on September 22, 2020. He had celebrated his 60th birthday just ten days before. At the age of 60, he died in Osage Beach Missouri.

In his early career, he used to work as a bouncer at Grandma B’s in the Twin Cities due to his large body. At the same time, he met wrestling trainer Eddie Sharkey. Joe made his professional wrestling debut in November 1982. He made his debut as The Road Warrior, with a motorcycle gimmick. Joe and Mike formed The Road Warriors with Paul Ellering’s help. Joe was given the nickname Animal, and Hegstrand was given the nickname Hawk.
The two started wearing studded dog collars, spiked shoulder pads, and face paint after shaving their heads into Mohawks. The team was an instant success. The team was four-time NWA National Tag Team Champions. More titles were won by their team in larger promotions like the American Wrestling Association in the United States and All Japan Pro Wrestling in Japan.

The Road Warriors wrestled for both the AWA and the National Wrestling Alliance (NWA).  They later got big deals with the NWA and left the AWA. The team took first place in the first Jim Crockett Sr. Memorial Cup Tag Team Tournament. They helped popularize the WarGames bout, the Scaffold match, and their trademark Chicago Street Fight during their original tenure in the NWA. Animal’s eye damage was caused by the Road Warriors’ feud with The Powers of Pain in 1988. (kayfabe). The two teams were scheduled to play a match. The Powers of Pain, on the other hand, quit the NWA.

In 1988, the Road Warriors won the NWA World Tag Team Championship.  Due to disagreements with Jim Herd, the Road Warriors left NWA in 1990. In 1990, the team secured a contract with WWF. The Legion of Doom was their name.  When the duo entered the WWF, they were involved in a memorable feud with Road Warrior Clones, Demolition. The WWF Tag Team Championship was won by the Legion of Doom in 1991. They quit the WWF after losing the belts. They eventually returned to WWF with a wooden ventriloquist named “Rocco,” which they hated.

Hawk left the WWF following the SummerSlam in 1992. For the first time in nine years, Joe was alone. In addition, he fought alone till his WWF contract expired. He resigned from wrestling in September 1992 due to a legitimate back problem. He made a few non-wrestling appearances in WCW in 1993. Moreover, he appeared at the Clash of the Champions XXIV. In September 1993, he served as an advisor to Sting’s team at Fall Brawl. He stayed out of the ring, collecting on a Lloyd’s of London insurance coverage. He rejoined Hawk and inked a contract with WCW after fully recovering from a back injury.

The Road Warriors fought with the Steiner Brothers in 1996. The Road Warriors never won a championship and left WCW in June 1996. In 1997, they returned to the WWF and competed in the Stone Cold Steve Austin vs. the Hart Foundation feud. When the Legion of Doom defeated The Godwinns in October 1997, they became two-time tag team champions. In November 1997, they were dethroned by the newly established New Age Outlaws. After several failed challenges, the L.O.D. was relaunched as Legion of Doom 2000.
In 1998, the Legion of Doom became engaged in their most controversial angle, which was based on Hegstrand’s real-life drug and alcohol addiction. While Hawk dealt with personal concerns, a third member, Puke, was added to the team. They eventually walked away from WWF. The animal began making solo appearances, even though their partnership never formally disbanded. The Road Warriors wrestled in the AJPW Giant Baba Memorial Show in 1999.

The contract for Animal was not chosen

The Road Warriors worked for i-Generation Superstars of Wrestling in Australia in 2000, where they sparred with The Public Enemy for the i-Generation Tag Titles. Animal also wrestled for Battlearts in Japan in 2000 as Animal Warrior, partnering with Alexander Otsuka. In January 2001, Animal returned to WCW as the “enforcer” of The Magnificent Seven group. His mission was to defend WCW World Champion Scott Steiner. The Magnificent split soon before Vince McMahon bought WCW in March 2001. The contract for Animal was not chosen. On September 8, 2001, Animal reunited with Hawk at Jersey Championship Wrestling, defeating the Moondogs 2000 in Lodi, New Jersey.

In 2002, Animal returned to All Japan Pro Wrestling as Animal Warrior, teaming up with Keiji Muto. The Road Warriors’ final appearance was in 2003 for Fighting of World Japan Pro Wrestling, where they feuded with the Shane Twins. Hawk, Animal’s longtime companion, died on October 19, 2003. He carried on with his single wrestling career. Animal and Heidenreich teamed up to defeat MNM for the WWE Tag Team Championship.

In June 2006, Joe was released from his WWE contract. Animal and Power Warrior defeated Damián 666 and El Terrible to win the UWA Tag titles at Toryumon Mexico Dragonmania III in Mexico City, Mexico on May 11, 2008. Moreover, in 2008, Animal announced his retirement from wrestling. In 2011, the Road Warriors: Animal and Hawk were inducted into the WWE Hall of Fame. In July 2012, he returned to WWE in SmackDown to celebrate Raw’s 1,000th episode, defeating Heath Slater. He later appeared in the 1,000th episode of WWE Raw. On September 1, 2018, Animal made a surprise visit to All In to kick off the tournament. 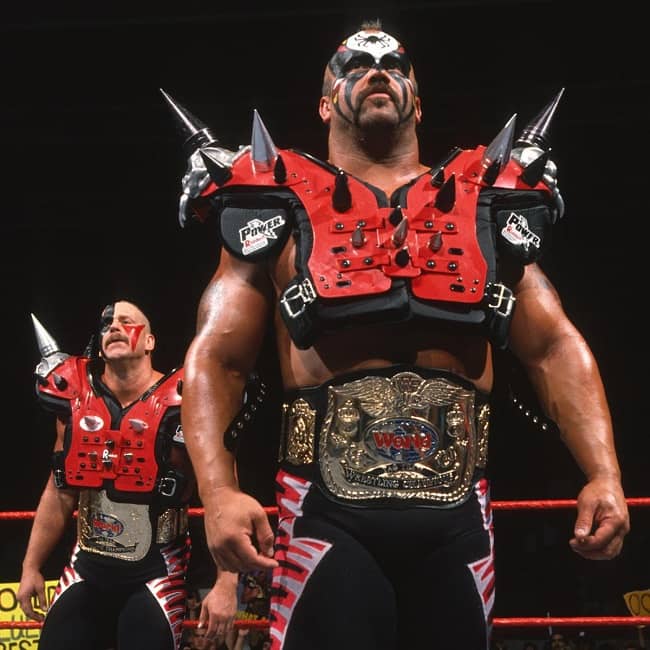 Joe has won different titles in his wrestling career as a tag team partner. But, till his death, he did not receive any major awards or recognitions.

Wrestling for many wrestling companies, he earned a decent amount of money. At the time of his death, his net worth was estimated around $3 million. 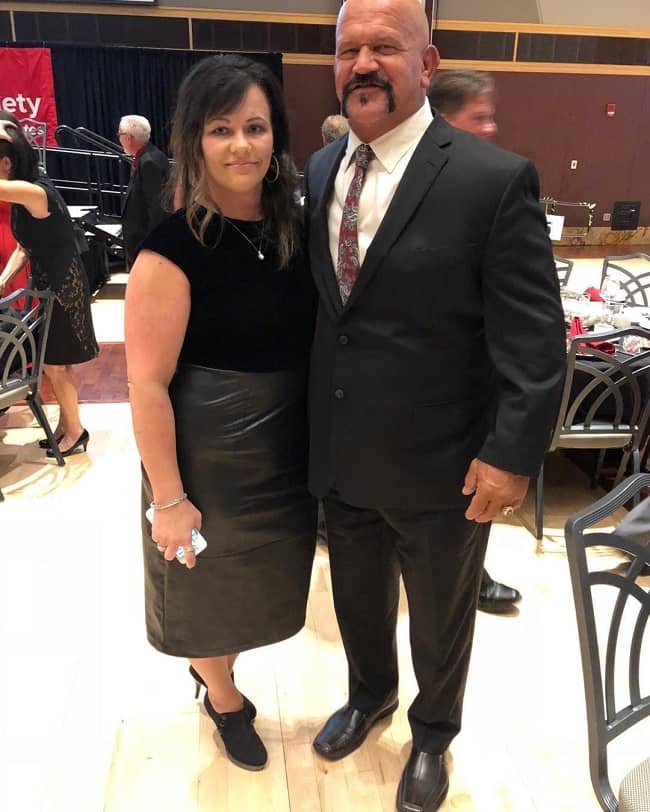 Joe was married to his ex-wife Julie Laurinaitis, and they had two children: a son James and a daughter Jessica. Kim Laurinaitis. He kept his love life a secret until his death. Moreover, he was not a part of controversy or rumors till his death. 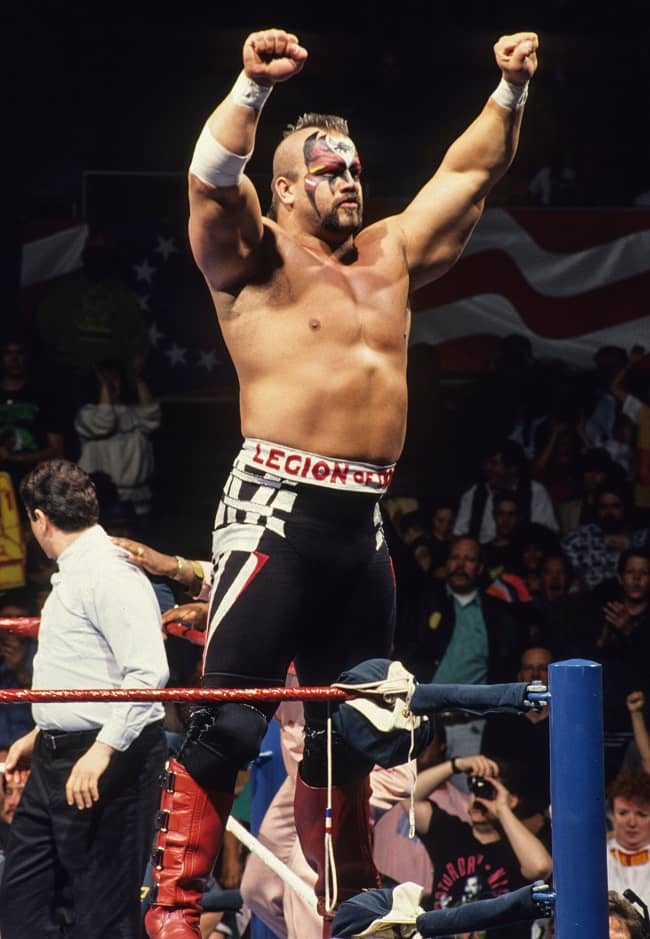 Joe was 6 feet 1 inch tall and weighs around 129 kg. Moreover, he has brown eyes with bald and there is no other information regarding his body measurements.