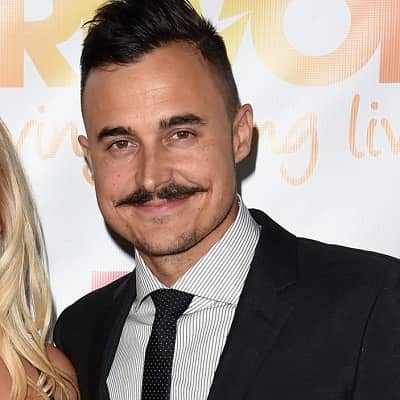 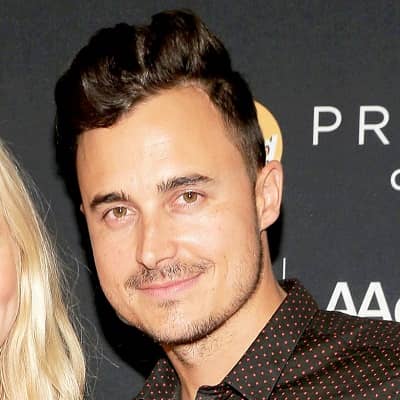 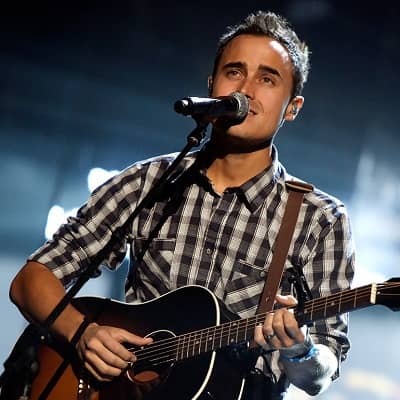 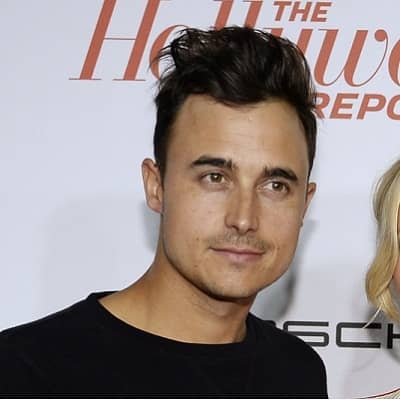 Joe King is an American guitarist, backing vocalist, and songwriter. Joe King is also popular as the co-founder of the Denver-based band “The Fray”.

Joe King was born on May 25, 1980, and he is currently 40 years old. He hails from Colorado. Talking about his educational journey, Joe attended Faith Christian Academy in Arvada, Colorado. Joe also worked as an auto damage appraiser while still attending school. This was before his success with The Fray.

Likewise, Joe learned to play the piano at an early age. However, he later dropped it and instead started playing the guitar. Moreover, Joe states that he left piano and starter guitar because the coolest guys in his eighth-grade class all played guitar and he also wanted to fit in. 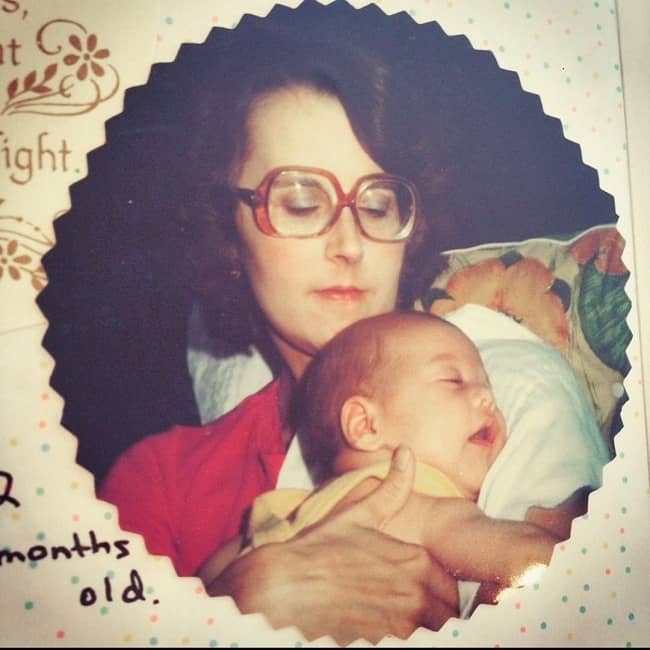 Caption: Joe King with his mother in a childhood photograph. Source: Instagram

Professionally, Joe King is a musician and singer. He is also a member of the band “The Fray”. This band is based in Denver. In the band, Joe King takes the role of the guitarist, backing vocalist, songwriter, and co-founder.

Talking more about “The Fray”, the band released Movement EP in the year 2002. In this EP, Joe King sang lead on two songs titled It’s for You and Where You Want To. Then in 2003, The Fray released Reason EP. This EP prompted Epic Records to sign the band in the following year, i.e. 2004.

The Fray’s first album titled How to Save a Life brought the band to mainstream success. The band released this album in the year 2005. Along with playing guitar, Joe also sang lead on the song, “Heaven Forbid”. This song was about his sister.

Moreover, Joe also gave backing vocals on three other songs in the album. Those songs are titled “How to Save a Life”, “Look After You”, and “Trust Me”. 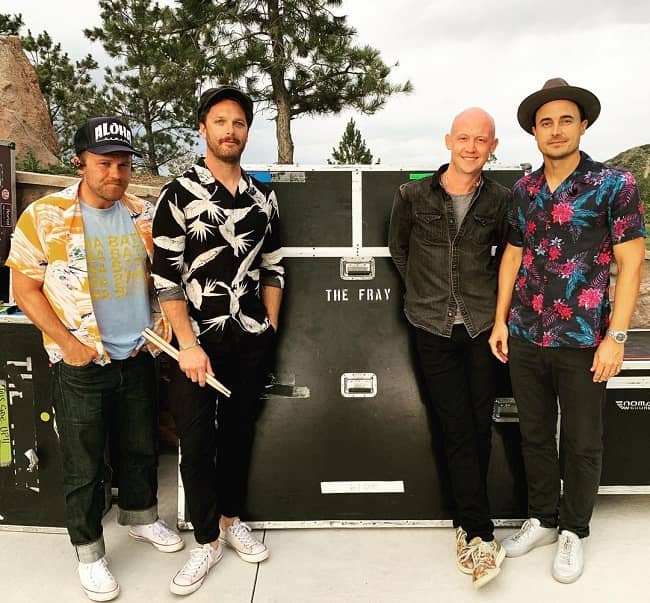 CAption: Joe King posing for a photo with the bandmates of The Fray. Source: Instagram

The Fray then released their second album in 2009. This second album is a self-titled album called “The Fray”. The second single from the album is titled “Never Say Never“. Joe King primarily wrote this song from the perspective of his marriage.

Along with playing guitar, Joe is also seen singing a lot more in this second album. Joe supplied lead vocals for the song “Ungodly Hour“. He also sang in the bonus track “Uncertainty“. Similarly, Joe also provided backing vocals on “Syndicate” and “Absolute”. The Fray released the album Scars & Stories in the year 2012. In this album, Joe King is seen singing lead on “Rainy Zurich”. 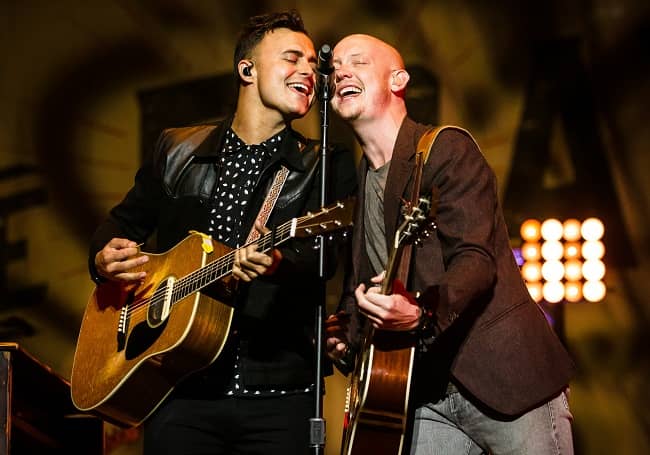 Caption: Joe King singing together with the lead singer of The Fray at The Fray Grandstand Concert on 20 August 2015. Source: The Visual Journal

Work outside The Fray

Joe King sang in the song “Undertow” off the Timbaland album Shock Value 2. He also co-wrote and co-produced the song “Alright With Me.” This song was included on American Idol winner Kris Allen’s debut self-titled album “Kris Allen”. Then in April 2013, Joe King released a six-song EP titled Breaking, under the name “King.” His single titled “Need a Woman by Friday” also features Trombone Shorty. Moreover, Joe released 5 songs in the “Union Moon” project in September 2017.

Joe King is a married man. He married actress Candice King (nee Accola) on 18 October 2014. They had their wedding in New Orleans, Louisiana. The couple started dating each other in February 2012 after meeting at a Super Bowl event. The two later had their engagement in May 2013.

Prior to his relationship with Candice, Joe King had his first marriage when he was only 19 years old. Joe’s first wife’s name is Julie and they had two daughters together. The children’s names are Elise and Ava. 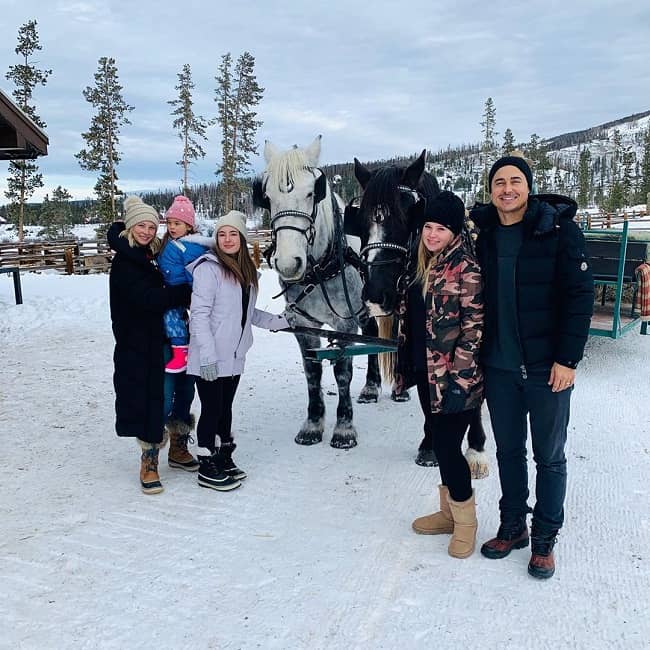 Caption: Joe King posing for a photo with his wife and daughters. Source: Instagram

Joe King stands tall at a height of approximately 1.9 meters or 6 feet 2 inches. Likewise, his weight is around 77 kgs. Other than this, there is no further information regarding his other body measurement details including his chest-waist-hip measures, dress size, shoe size, biceps, etc. Moreover, Joe King has dark brown hair and eyes of the same color.

Talking about his social media presence, Joe King joined Twitter in April 2012 and so far has over 14.7K followers in his @joekingofficial account. Likewise, he is available on Instagram under the username @josekingseco. Joe has shared 935 posts and earned more than 312k followers at the time of writing this biography (November 2020).