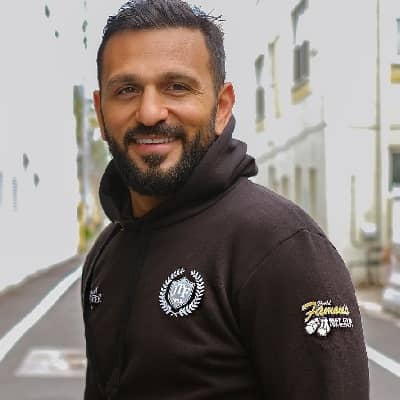 Joe Fournier is an unbeaten WBA International Champion who is an English businessman and professional boxer. Joe Fournier is the multi-millionaire and proud owner of the BonBonniere Brand. Likewise, he is a seasoned traveler and a successful entrepreneur. He has put his time and money into fitness, hotels, restaurants, and boxing, making him one of the most powerful businessmen in the world.

Jocelyn Faisal Jules was born in London, United Kingdom, on January 23, 1983, and is currently 39 years old. For his schooling, he enrolled at the Lycée Français Charles De Gaulle de Londres. Later, he enrolled in American Community School to continue his education. He

Joe is a well-established businessman with interests in real estate, nightclubs, and gyms. Joe’s insatiable desire to box professionally is, nevertheless, one of the main reasons for his decision. In 2015, he made his professional boxing debut in the Dominican Republic against Jorge Burgos.

He defeated Manuel Regalado, Pedro Sencion, Bela Juhasz, and Mustafa Stini in a four-match winning streak. Moreover, he knocked off Stine in the first round of their match. He tested positive for illegal substances, thus the decision was thrown out.

After that, Fournier altered gears and went clutch versus Johhny Ascensio, Francisco Suero, Antonio Sanchez, and Reykon. Joe’s next fight will be against David Haye on September 11, 2021, at the Seminole Hard Rock and Casino in Hollywood, Florida.

Joe is the WBA International Champion and an undefeated English boxer. He is on his way to becoming a global boxing superstar. He’s shown himself in the corporate world, and now it’s time to prove himself in the ring.

He is one of the most well-known multimillionaires in the world. The beginning of the climb to the summit, however, was never easy. He began his basketball career as a collegiate student-athlete. He revealed in an interview that he bought a $100k Ferrari with his first $200k deal.

Joe decided to enter the fitness sector and has built a reputation for himself throughout the world. He sold his fitness business’s fourteen locations to an FTSE 100 company. He still believes that sales were the catalyst for his company’s growth.

Fournier has also made significant investments in the nightclub industry. He is the proprietor of The Rose Club, Whisky Mist, and Streaky Gin. He also owns Bonbonniere, which has locations in Mikonos and London. In Bonbonniere, Tulum, there is a 600-person indoor venue with a retractable roof for parties under the stars, as well as a 150-person rooftop lounge for that magical sunset golden hour.

The 38-year-old business magnate has a sizable stock market and real estate portfolio. Likewise, he has also authored a book that contains all of his life experiences, struggles, and the taste of achievement.

He is a maniac when it comes to the holidays. He enjoys going on a full-fledged vacation. Moreover, he enjoys traveling in his private aircraft, yurts, helicopters, and other vehicles. This data gives you a rough notion of Joe’s net worth.

He has been on the list of millionaires thanks to his earnings from gyms, nightclubs, the stock market, real estate, and book sales. He has also dabbled in professional boxing, where he earns a tidy sum of money.

Joe is a multi-millionaire business mogul, as you are fully aware. He is one of the most well-known figures in the United Kingdom. He has friendships with some of the world’s most famous people. Joe’s buddy circle is as long as the red carpet at an award event, stretching from Beyonce to Kim Kardashian West.

David Beckham, Usher, Kanye West, Beyonce, Jay Z, and Paris Hilton are among Joe’s friends. Fournier’s buddies are everywhere, from football to music, and each one is a global celebrity. His celebrity connections have also aided the growth of his nightclub and gym businesses. A photo of him with Usher, for example, encourages Usher fans to learn about and visit the nightclub.

Reykon is a Colombian reggaeton musician that fought him for the first time. They had a squabble in one of Joe’s nightclubs a few years ago. For both of them, this conflict had been a long time coming. Joe knocked down Reykon twice, and the star-studded bout paid off handsomely for both of them. He made roughly $220,000 from the battle, while Reykon made around $80,000.

Joe has issued a combat challenge to Jake Paul. Jake, on the other hand, has yet to respond to the challenge. A match between him and Jake Paul is on the horizon. It just needs a little nudge to turn into a full-fledged conflict.

Joe Fournier’s net worth is projected to be approximately $200 million, and it is expected to continue to climb.

Joe is currently single and not dating anyone. The attractive businessman, on the other hand, is never short of attractive women in his life. Paris Hilton, Chloe Smith, and Nicole Scherzinger are among the celebrities he has dated.

He was in a committed relationship with Chloe Smith at the time. While they were dating, he also had a romantic relationship with Paris Hilton, a well-known model, and singer. Smith had stated that learning about Paris and Joe had utterly broken her heart.

Joe’s nightclubs and gyms are frequented by celebrities. You never know when he’ll be dating because of his charisma and social skills. 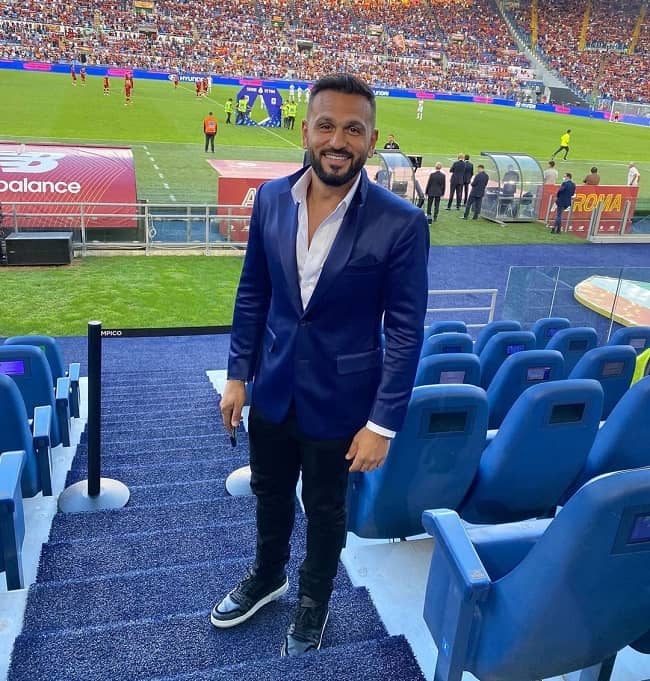 Joe Fournier stands about 6 feet 1 inch tall and weighs approximately 75 kilograms. With an orthodox stance, he competes in the light heavyweight division. So far, the exceptional boxer has competed in ten fights, winning nine of them via knockout.

He is active on social media, with over 200k Instagram followers. Likewise, he writes about her day-to-day activities, accomplishments, and contests. He has a large following on Instagram.