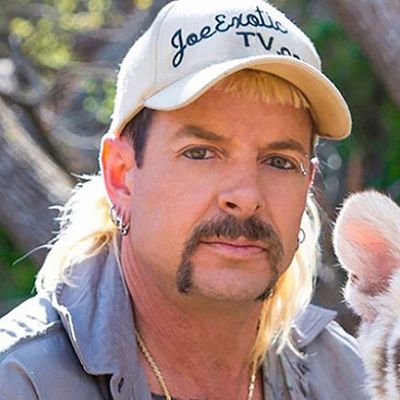 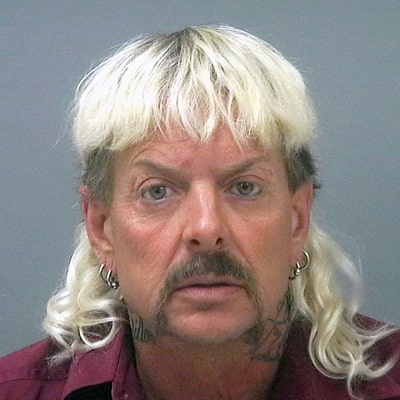 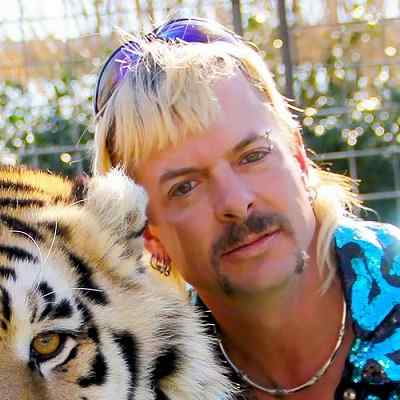 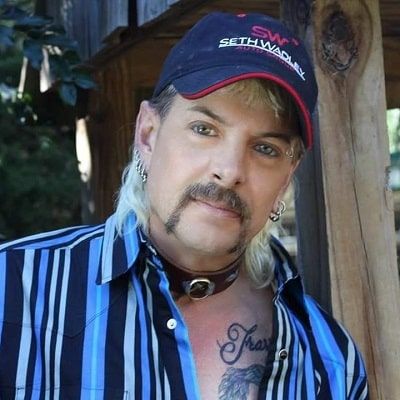 Joe Exotic is an American former zoo operator and also a convicted felon. Joe Exotic is also the former owner and operator of the Greater Wynnewood Exotic Animal Park (a.k.a. G. W. Zoo). He is serving 22 years of jail for 17 federal charges of animal abuse and two counts of murder for hire.

Is the “Tiger King” star infected with the COVID-19 virus?

In early April 2020, Joe “Exotic” Maldonado-Passage, the star of Netflix hit Tiger King was placed in coronavirus isolation in a Texas prison.

His husband, Dillon Passage, shared this news. At the age of 57, he is serving a 22-year sentence for animal abuse along with his involvement in a murder-for-hire plot.

As per the reports, they placed him in isolation after some inmates at the jail, where he was previously held, tested positive for the virus.

There are currently over 1.5 million confirmed cases of COVID-19 across the US alone.

He was recently transferred from Oklahoma’s Grady County Jail to the Federal Medical Center in Fort Worth, Texas. Speaking in detail, Dillon told US entertainment reporter Andy Cohen:

“We speak like three to five times every day, but since he’s been moved to this new facility, they are putting him on a Covid-19 isolation because of the previous jail he was at, there were cases. I’ve yet to speak to him since he moved.”

When he asked Dillon if he is in individual quarantine, he said that it is the case as far as he knows.

Moreover, the US Bureau of Prisons announced on Wednesday that all those currently held in federal facilities, approximately 146,000 inmates, includinghim, will be put in quarantine for the next 14 days.

However, his Facebook page reported that he doesn’t have the coronavirus infection. The initial story goes on to say that “the Tiger King has been moved to a prison hospital for treatment.”

However, they flagged this post as part of Facebook’s efforts to combat false news and misinformation on its News Feed. He was rather placed in isolation since some inmates tested positive in the prison where he was in.

The move comes amid a growing number of confirmed Covid-19 cases among incarcerated people. Dozens of federal inmates and at least 37 guards have tested positive so far.

Joe Exotic’s full name is Joseph Allen Maldonado-Passage (né Schreibvogel). He was born on 5 March 1963 and his current age is 57 years. Likewise, he is originally from Garden City, Kansas.

She, he grew up on a working farm. When he was five years old, an older boy raped him. Later, he moved to Texas with his family.

There, he joined the Eastvale, Texas police department and soon became the chief of the small department.

He has said that after being outed to his parents as gay by one of his siblings, he attempted suicide by crashing his police cruiser into a bridge.

However, his claims about the wreck have changed over time. In 1997, he told The Dallas Morning News that someone forced the car off the bridge during a police drug investigation.

However, the local residents had no recollection of the event when contacted in regards to this incident.

Joe Exotic is a former zoo operator and convicted felon. He is also the former owner and operator of the Greater Wynnewood Exotic Animal Park (a.k.a. G. W. Zoo) in Wynnewood, Oklahoma.

He also claimed to be the most prolific breeder of tigers in the United States. Prior to working with animals, he was a police officer who briefly served as the chief of police in Eastvale, Texas.

Beginning with the Pet Store

He worked at various jobs before opening a pet store with his brother Garold in Arlington, Texas. It was back in the year 1986.

Then in 1997, he came into conflict with Arlington officials over repeated code violations for decorations and signs.

He had hung gay pride symbols such as a United States flag with rainbow stripes in the store windows. However, he accused city inspectors of homophobia and of targeting the business because of his sexual orientation.

Later, after his brother’s death in a car accident the same year, he sold the pet store and purchased a 16-acre (6.5 ha) Oklahoma farm with his parents.

Two years later, he opened the farm as Garold Wayne Exotic Animal Memorial Park. It was a dedication to his brother. The first inhabitants in the zoo were two of Garold’s pets.

Then in 2000, he acquired his first tigers, two abandoned tigers. To feed his growing zoo of big cats, he then took in horses that people donated.

He would then shoot the horses and feed them whole to the tigers, lions, and other big cats in the zoo. 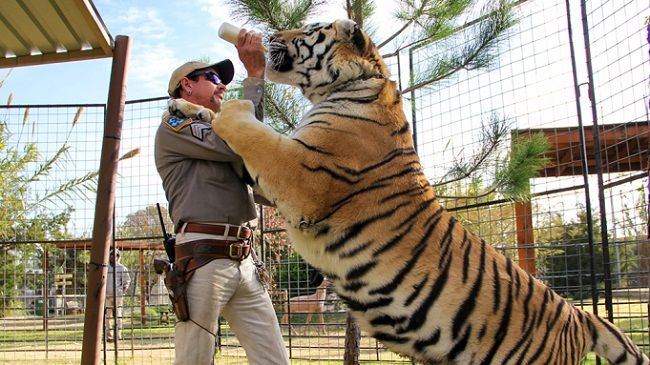 Caption: Joe Exotic working with the big cat at his zoo. Source: Variety

For over 20 years, he was popular as the owner and operator of the Greater Wynnewood Exotic Animal Park (a.k.a. G. W. Zoo).

This zoo is particularly known for its big cats. He also operated an online reality television show that he streamed from his zoo.

Over the years, he also operated sideshows around the country where he allowed people to pet tiger cubs.

Then in 2006, the USDA cited his zoo multiple times for violations of Animal Welfare Act standards.

In the year 2011, the founder of Big Cat Rescue sanctuary in Florida, Carole Baskin, organized protests against his use of cubs in his shows.

To retaliate, he used the Big Cat Rescue name and various identifying aspects of the sanctuary’s branding in his own marketing. In response, Carole sued him for trademark infringement.

Joe Exotic is an openly homosexual person. He referred to numerous partners as his husbands despite not being legally married.

Likewise, his first known partner was Brian Rhyne, who died of complications from HIV in the year 2001.

The following year, he started a relationship with J. C. Hartpence. Hartpence is an event manager who aided him with his traveling animal show.

In mid-2003, G.W. Zoo hired John Finlay as an employee and within a month, he had a relationship with him.

By this point, he and Hartpence’s relationship had deteriorated due to drug and alcohol addiction.

Their relationship finally came to an end after he threatened to kill Hartpence and feed his remains to the zoo’s largest tiger. Hartpence later woke him up by putting a gun to his head.

It was the action that led to Hartpence’s arrest by the local authorities. The authority later convicted Hartpence of child molestation and first-degree murder.

Later in December 2013, Travis Maldonado arrived at the zoo. And just like Finlay, Travis rapidly began a relationship with him.

He, Travis, and John unofficially married each other less than a month later in a three-partner wedding ceremony.

However, he and Finlay eventually fell out. Following an incident in the zoo’s back parking lot, the authority arrested and charged John Finlay with assault and battery.

Then in the year 2015, he legally wed Travis Maldonado and legally changed his name to Joseph “Maldonado” from “Schreibvogel”.

As revealed in Tiger King: Murder, Mayhem, and Madness, neither Finlay nor Travis identified as gay and both often had affairs.

John Finlay impregnated the zoo’s receptionist and this was one of the reasons for his departure. Similarly, Travis was regularly having sex with multiple women on the grounds of the zoo.

Unfortunately, on 6 October 2017, Travis Maldonado died at the zoo. It was in an accident involving a firearm in front of his campaign manager.

He then married Dillon Passage on the 11th of December 2017 of the same year. One of the witnesses of the ceremony was Travis Maldonado’s mother.

Upon his marriage to Passage, he changed his legal surname to Maldonado-Passage instead of Schreibvogel.

He is an ordained minister in the state of Oklahoma. He is also able to officiate marriages. However, it is unclear if he has ever done it before.

He obtained his ministry license through the Universal Life Church and during the Tiger King series, he is seen wearing a priest outfit. 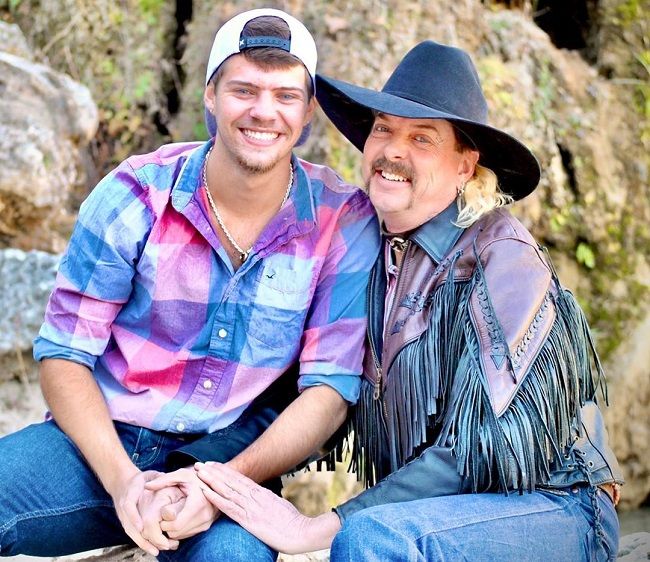 Joe Exotic ran as “Joseph Allen Maldonado” as an independent candidate in the election for President of the United States in the year 2016.

He then attained ballot access in Colorado and also received 962 votes nationwide. Then he ran in the primary election for the Libertarian Party in the 2018 election for Governor of Oklahoma.

For this, he received 664 votes in the primary, finishing last among the three Libertarian candidates.

Similarly, during his primary campaign, the Oklahoma Libertarian Party officially censured him. In the year 2019, the state convention voted unanimously to cancel his party membership following his arrest.

The 2020 documentary series “Tiger King: Murder, Mayhem, and Madness” is centered on him, his zoo, and his feud with Big Cat Rescue’s CEO Carole Baskin.

He also previously appeared in the Louis Theroux documentary America’s Most Dangerous Pets.

Joe Exotic was indicted and arrested on 7 September 2018 in Gulf Breeze, Florida

. It was as a result of the investigation by the United States Fish and Wildlife Service Office of Law Enforcement, the Federal Bureau of Investigation,

the Oklahoma Department of Wildlife Conservation, and the U.S. Marshals Service. A federal jury found him guilty on 17 federal charges of animal abuse and two counts of murder for hire.

More precisely, he was convicted for eight violations of the Lacey Act and nine of the Endangered Species Act and two counts of hiring someone to murder a woman in Florida.

Jae Exotic tried to hire an undercover FBI agent to murder Carole Baskin of Big Cat Rescue. He was sentenced to 22 years on 22 January 2019. 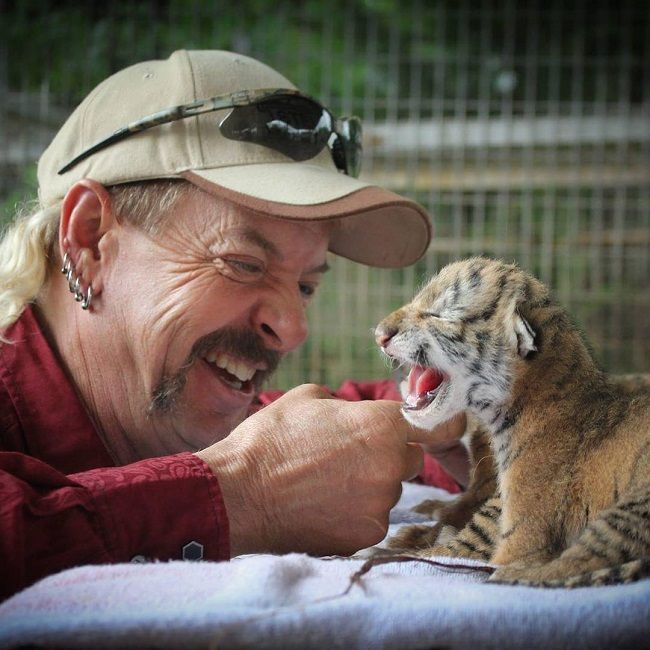 However, Joe Exotic filed a lawsuit against the United States federal government at the Grady County Jail on 17 Marcy 2020.

In this lawsuit, he asks for $94 million from the United States Fish and Wildlife Service (USFWS). He also seeks a presidential pardon from Donald Trump as well as he plans to represent himself in the lawsuit.

Moreover, this lawsuit specifies damages by the USFWS of $79 million for the loss of his tigers.

He also demands $15 million for false imprisonment and a litany of other charges including the death of his mother, Shirley.

Additionally, this lawsuit also accuses Jeff Lowe, his former business partner of switching his medicine with illegal drugs and ruining his property.

He stands at a height of 5 feet 11 inches but his other body measurement details are not available. Likewise, he has green eyes and dark brown hair that he often dyes blonde.

Joe Exotic is available on several social media platforms. He joined Twitter in January 2014 and so far has 38k followers.

He, the star of the hit show “Tiger King,” once had a net worth of around $15 million dollars. It was when he and his zoo was in their prime.