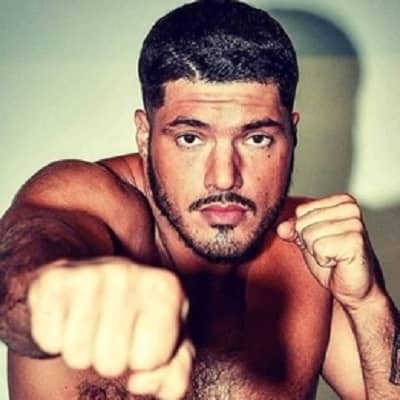 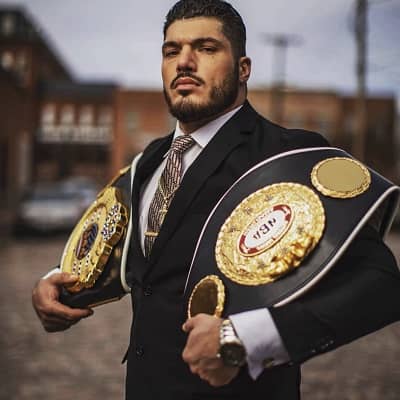 Juiseppe Angelo Cusumano or Joe Cusumano in short is an American professional boxer associated with the World Boxing Association (WBA). Joe Cusumano still hasn’t reached his peak success but he has shown his potential and what he is capable of.

Joe Cusumano was born on 7th May 1988 in Danville, Virginia, USA. He was born as their first and only child of mother Nancy Ferrara and father Angelo Cusumano. Though he was born in the USA, he grew up in Sicily, Italy. Later they moved to New York because his father owned a restaurant there.

His father was a huge fan of boxing and introduced Joe to boxing. His father always acted as the prime inspiration for Joe. He has been a huge fan of Mike Tyson since he was age nine or ten.

Information about his education qualification is not revealed or known to the public. 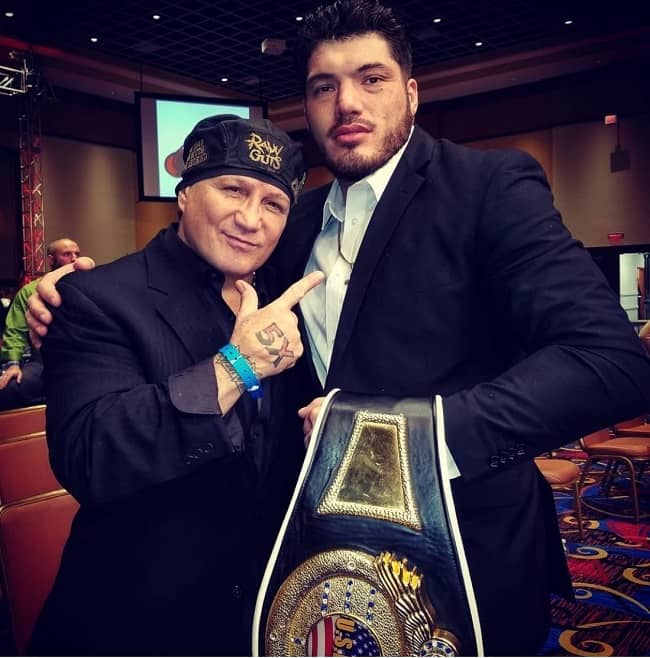 Caption: Joe Cusumano posing for a photo with his belt source: NY Fights

Joe Cusumano is an American heavyweight boxer by profession. He debuted on 14th August 2010 at the age of 22 against Marcus Patterson, which he won by knockout(KO). He has been progressing in his career ever since.

In 2019, he won the National Boxing Association(NBA) title and World Boxing Association(WBA) title. He also holds the title of USBU(United States Boxing Union) champion.  Moreover, he has an astonishing career of 21 wins, 4 losses, and 0 draws(21-4-0). 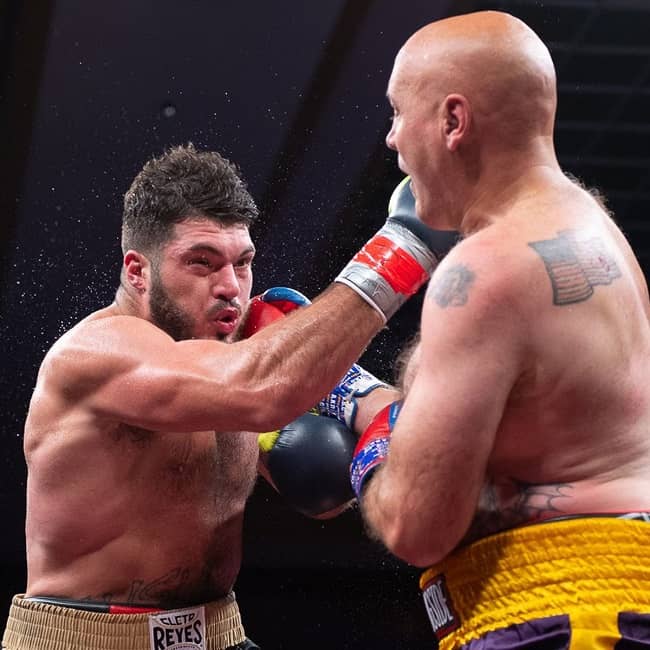 Joe Cusumano has a net worth of $2 million. He has earned a huge fortune from his boxing career. In addition, he has been in the boxing scene for over a decade now and has played 25 official matches. As his popularity is growing his net worth is also increasing.

They are living in Carson, Virginia. They have two adorable children. An elder son named Luciano Cusumano and a younger daughter Farryn Cusumano. His son Luciano is also walking down his path and is taking boxing training. 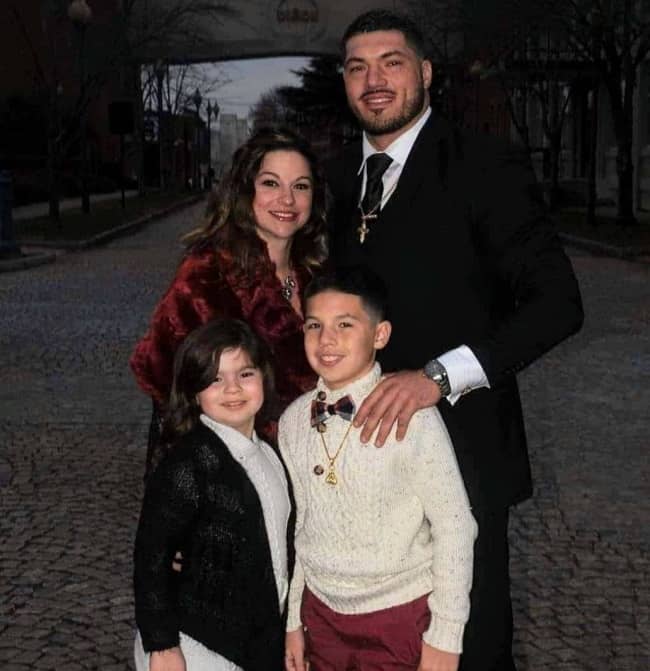 Caption: Joe Cusumano and his family posing for a photo source: NY Fights

He is an American boxer. His height is 6 feet and 4 inches and he weighs about 90.7 kgs. He has a tattoo on his abdomen with his family name “Cusumano”.

Joe has an Instagram account with the username @juiseppe.cusumano with 3.4k followers where he frequently posts about his boxing matches. Moreover, he is active on Facebook where he shares photos and news about his family and training. His user name is Juiseppe Cusumano.