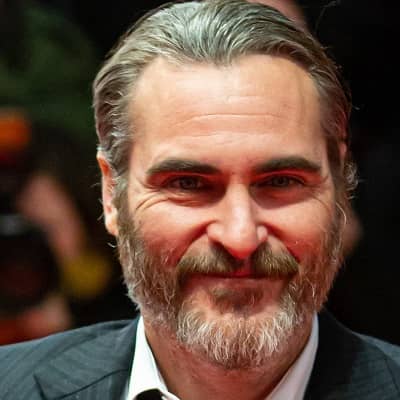 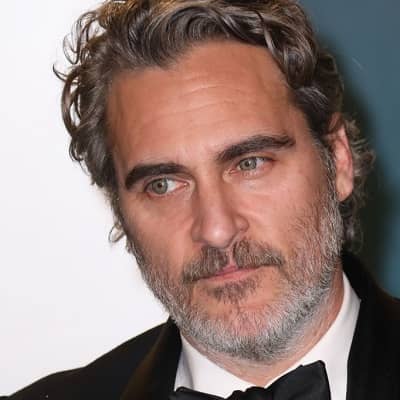 Joaquin Phoenix is an award-winning actor. Similarly, Joaquin Phoenix is widely recognized for his performance in the 2019 blockbuster movie “Joker”. He is listed as one of the best actors of the 21st Century by the New York Times.

His full name is Joaquin Rafael Phoenix. However, he was originally born Joaquin Rafael Bottom, until his parents changed it to Phoenix. He was born on October 28, 1974. Thus, he is 46 years old as of the present. Similarly, he was born in San Juan, Puerto Rico. Although Phoenix was born in Puerto Rico, he was mostly raised in Florida and Los Angeles. His birth sign is Scorpio.

He was born to parents John Lee Bottom(Father) and Arlyn(Mother). Likewise, he has 4 siblings of his own. The eldest of them all is the late American actor and musician River Jude Phoenix. After River is his elder sister Rain, who is also an actress, singer, and musician. Two more of his siblings are his younger sisters Liberty and  Summer. All four of the siblings are in the acting and singing industry.

He changed his name to Leaf Rafael Phoenix because he wanted a name that defined or was related to nature somehow, like that of his siblings’. However, he changed it back to him when he was 15 years old. 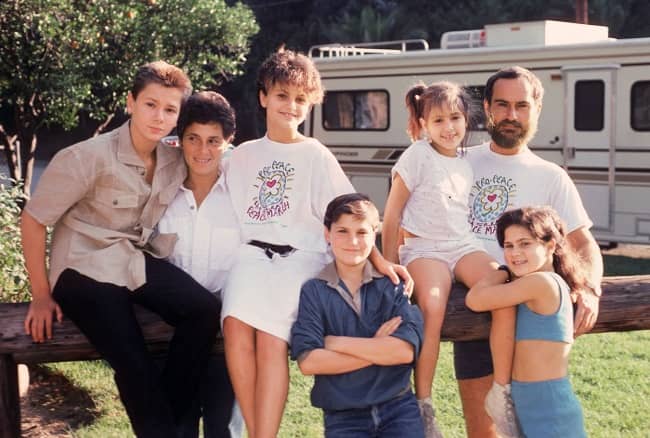 Caption: A family picture of Joaquin including all his siblings and parents. Source: CR Fashion Book

It is believed that he is homeschooled. He never attended an institution like a school or a college. His homeschooling also ended after he quit when he was around 9th grade. There are no reasons why he did so.

Career as a Child Actor

His career began young as he along with his siblings used to sing and play various instruments at talent shows to provide for the family. That is how the five of them actually got noticed by one the Hollywood’s leading child agents Iris Burton. Hence, their careers as actors started young. He appeared in one of the episodes of the television series Seven Brides for Seven Brothers alongside his elder brother River. That was his acting debut at the age of 8. Then onwards, he appeared in different television series like “Backwards: The Riddle of Dyslexia” which was his first major role series, “Murder, She Wrote”, “The Fall Guy”, etc. Similarly, he made his theatrical debut in the year 1986 with the adventure film “SpaceCamp”.

One of his most successful films as a child actor was the one titled “Parenthood”. The 1989 comedy film helped him get nominated for the Young Artist Award. Soon after he announced his temporary retirement from his career as a child actor and went to explore South America and Mexico with his dad. Sadly, his brother River passed away due to an overdose 3 days after he celebrated his 19th birthday in the year 1993.

Comeback to the Film Industry

In 1995, he made his comeback as an actor in the film industry. During those days, he was mostly given supporting roles that portrayed a dark side of a human being. His first movie after his big break was a comedy/drama, crime movie “To Die For”. The movie performed well and ultimately became a financial as well as critical success. The critics praised his character “Jimmy” for his perfect portrayal. Similarly, he played supporting roles in a few more films like “U-Turn”, “Clay Pigeons”, and “8mm”. However, not all of those films performed well. Already a successful child actor back in his childhood, success returned to him again in the year 2000.

Not all his films were able to perform well at the box office. However, most of them were positively viewed by the audience and critics which contributed to his stardom. His movie “Gladiator” was of the most successful movies released in the year 2000. The depiction of the historical drama was a worldwide hit earning $457 million at the box office. Likewise, another one of his critically praised films was “Quills”. The year 2000 to 2005, was a golden era in his career. He played in a bunch of different movies in those years which gained him recognition and praise from his audiences all around the world. During that period of time, he was a nominee for many awards. Likewise, he also bagged many of them. Although not all of his movies were a financial success, every one of them secured a place in the viewers’ hearts. A few of his movies are: “It’s All About Love”(2003), “The Village”(2004), “And walk The Line”(2005). 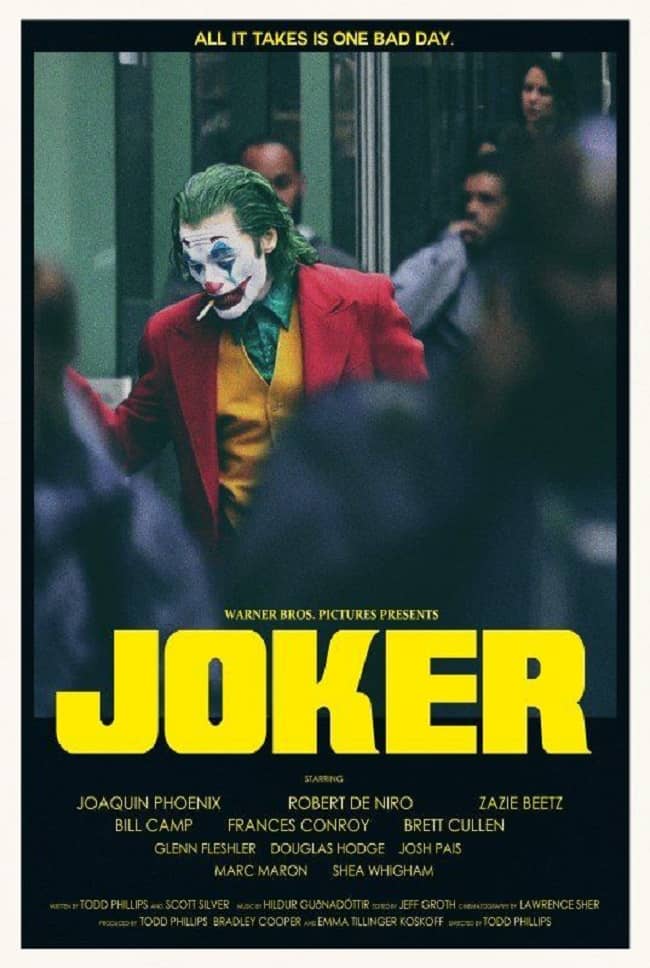 Caption: A poster of his film “Joker”. Source: Pinterest

Moreover, he has played in countless movies throughout his career. He portrayed different characters with graceful and effortless-looking acting. Although he is an anxious person by nature, such things never hampered his acting and even if they did, they helped to enhance his character for the better. One of his most remarkable movies is “Joker” which was released in the year 2019. Due to this particular movie, he won many awards for his amazing performance in the film. Joker was indeed one of his finest works. The movie was a worldwide blockbuster earning $1 billion.

Phoenix has received many awards and nominations throughout his career in various categories. Altogether he has won 33 awards to date.  The list of major awards won by Joaquin are listed below:

The main source of his income is his career as an actor. He earns all of his earnings through the movies he is a part of. Similarly, his net worth is around $50 million. However, there are no details of the properties and assets he owns yet. He owns a house of his own.

Joaquin and his long-time girlfriend Rooney Mara are engaged. The two have been dating since 2016. Recently, they had a baby boy of their own. Their son’s name is River. They seem to be in a committed relationship. Other than Rooney, he has dated Liv Tyler for about 3 years. Similarly, he was also in a relationship with model Topaz Page Green back in the day. 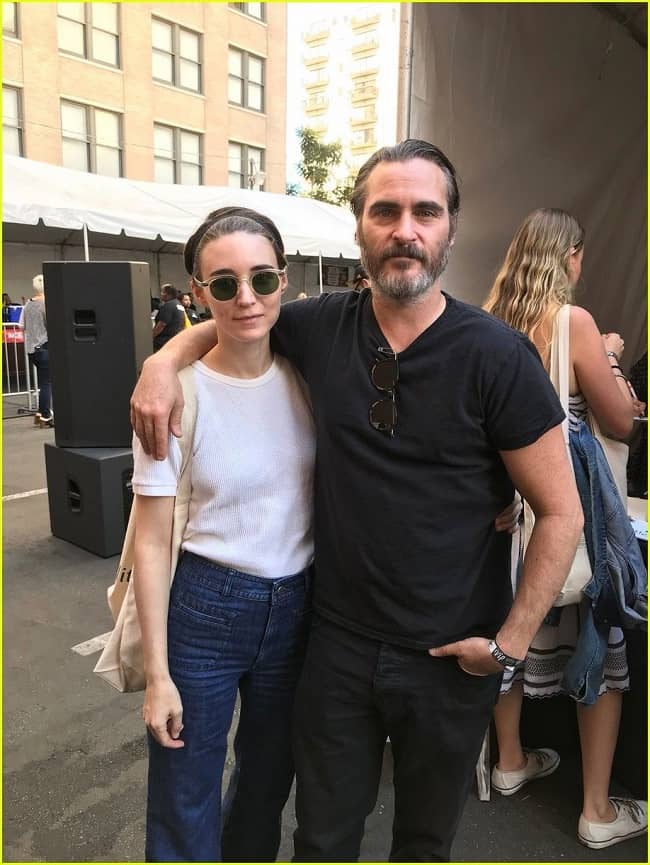 Caption: A picture of Joaquin and Rooney posing together. Source; Pinterest

He is 5 feet and 8 inches tall. Likewise, he seems to weigh about 81 kg. Joaquin has beautiful green eyes, and currently, his hair has turned grey. Further details are still under review.