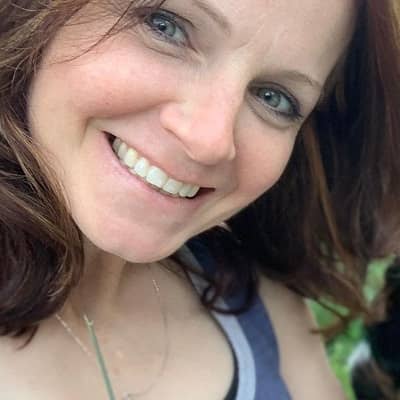 Joanne Moormierer is famous as the mother of the prominent TikTokers, Faith and Paton Moormeier. Joanne Moormeier also owns a TikTok account with more than 621.5k followers. Furthermore, Joanne Moormeier is also an owner of Soar Moor Gymnastics.

Joanne Moormeier was born on 17 September 1979 and has turned 42 years old as of now. She was born with the astronomical sign of Virgo in the United States of America. Joanne is residing in Mooresville, North Carolina. She has not disclosed who was she born to and what his parents do for a living.

Talking more about her, she has dogs whom she loves very much. Joanne features her dogs in her Tik Tok account as well. Joanne has a bulldog named Timber.

Regarding her educational background, she attended Charleston Southern University for two years from 2006 to 2008. In 2013, she got graduated from Liberty University. However, Joanne has not revealed which majors she graduated in.

Joanne is famous as the mother of TikTok stars, Faith and Payton. Both of them are prominent TikTok stars known for their comedy, lip-sync, and family videos.

Joanne Moormeier has a TikTok account with the username, @joannemoormeier. Her account is best known for lip-syncing, dances, and other comedy clips.  She has garnered 621.5K followers with more than 8.8K likes. Moormierer commenced her TikTok journey in 2017. Her first ever video was “#CoolMom #AmIReallyFrozenChalllenge @kingtino @payton.erbe #FeatureMe ??” to the original Life Goes On-Fergie. It has amassed 364.7k views which is pretty well for the first time. Some of the older videos have titles like “Get this to 50 likes for more vids #PaytonAndJoanne ❤?” and  “PATS WON???”.

“When you embarrass your son @paton ?” has been viewed by more than 3.5M people. It was uploaded on March 21, 2o2o. There are other few videos with millions of views. Some of them are “Trying to work out means dogs need attention ?”, “Me and my girl ❤️”, and “Get up”. She has featured other TikTok stars such as @pj_moormeirer @kingtino  @brandcardosoo, and  @jacbeezy. 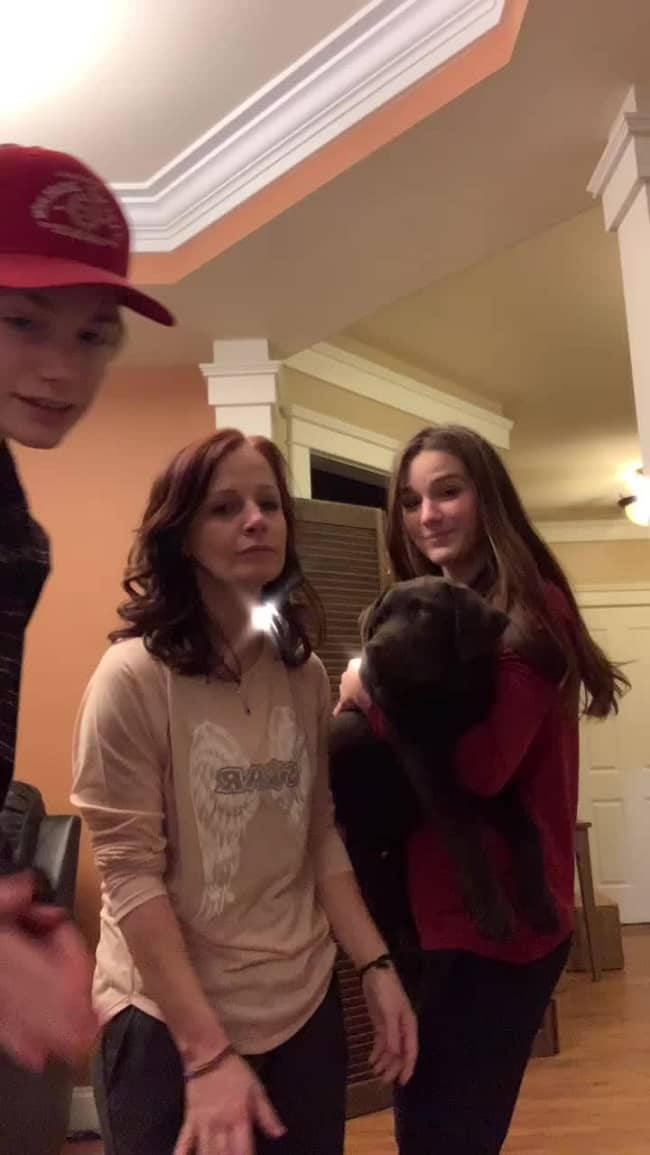 Joanne is an owner and coach at Soar Moor Gymnastics situated in Mooresville, NC.  She has lots of students at her training center. Her coaching center is also available on Instagram. Looking at her videos, lots of young kids are interested in gymnastics. Her gymnast center has led her to start an online business of gym supplies too.

Joanne Moormeier’s main source of income is TikTok.  Her salary and other sources of income have not been available. She has accumulated a net worth of $100k-$5M. Her hard work and dedication have paid her well. She is undoubtedly living the best life on her own. It would not be wrong to say that success and money are on her way. 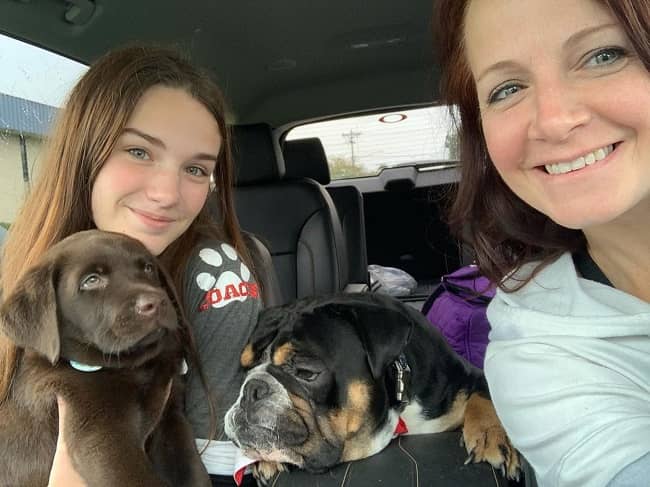 Caption: Joanne taking photos with her daughter and dogs(Source: Instagram)

Joanne is a married woman. She tied the knot with Chris Addario. Moormeier has two children named Faith and Paton Moormeier. She is living a blissful life with her family.  She often features her family on her TikTok account. There is no record of her past relationships before she married Chris. 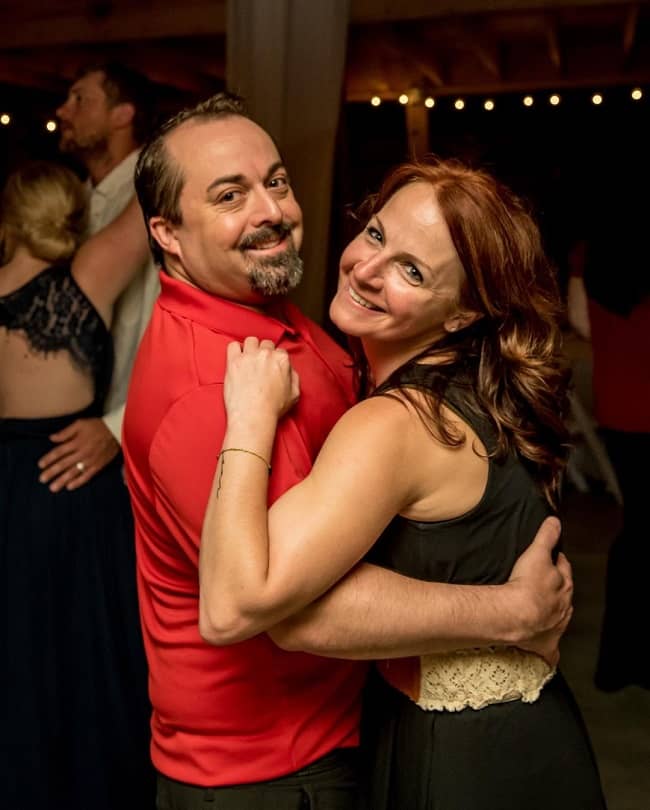 Talking about her appearance, Moormeier has a fair complexion. Moreover, her other body measurements like height, weight, chest size, and other things are not recorded. Reflecting on her eyes, her beautiful pair of eyes are slightly Hazel. Furthermore, she has Blonde straight hair. In some of the pictures, her hair is red. Thus, she often dyes her hair.