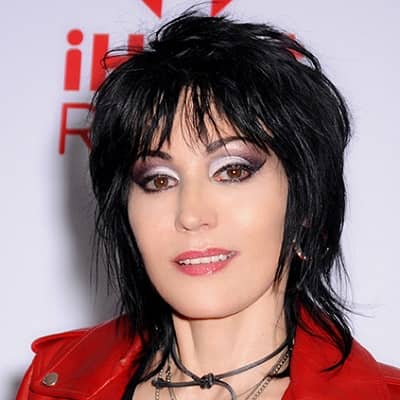 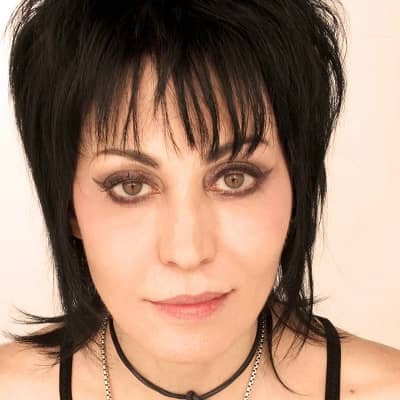 Joan Jett is a famous American rock singer, composer, producer, musician, and actress. Joan Jett is well recognized as the frontman of the popular band, “Joan Jett & the Blackhearts”.

Joan Jett was born Joan Marie Larkin on 22nd September 1958. She stepped into this world in Wynnewood, Pennsylvania, United States. With this, she is currently 63 years old and she holds American citizenship. Moreover, she is a Christian and her birth sign is Virgo.

Moving on to her family members, she was born to her father James Larkin, and her mother Dorothy Jett Larkin. Her father was an insurance agent while her mother worked as a secretary. Joan was the eldest child of her parents and had two siblings. After her parents got separated, she considered her mother a role model. After she moved to Maryland, she started gaining interest in rock music. 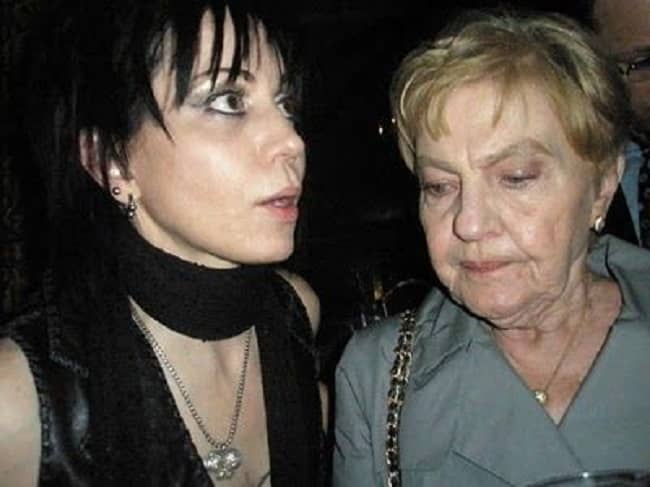 In terms of her educational qualifications, she first joined Randolph Junior High School and then joined Wheaton High School. She wanted to learn music professionally. For this, her mother arranged a music teacher. But, she quit it soon.

At the age of 15, Joan was determined to form a band. She formed her band, ‘The Runaways,’ with a few female friends the same year. Disco music had begun to rock everyone in the 1970s. Most people thought of ‘The Runaways’ as amateur teenagers screaming about sex, drugs, and rebellion, therefore they didn’t have much popularity at first. She’s also a member of PETA (People for the Ethical Treatment of Animals) and claims to have been a vegetarian for over 30 years.
‘Queens of Noise,’ the band’s next album, was released in 1977. In the United States, this album was also a flop. In Japan, the band received three “gold” records. Joan and her band were showered with their love for Japan, which was reciprocated by the band on their album “Live in Japan,” which was dedicated in part to their Japanese admirers. Ironically, the album was the band’s first big hit in the United States. Joan moved to England in the late 1970s, depressed by the failure of their recordings in the United States, and considered going solo.

She met Paul Cook and Steve Jones, former members of the seminal rock band ‘Sex Pistols,’ in England. Likewise, she subsequently returned to the United States and worked as a music producer for the ‘Germs,’ a punk rock band from the United States. She began work on her debut solo album but had a difficult time finding a record label to sign her to. According to reports, she was rejected by 23 record labels, prompting her to form ‘Blackheart Records,’ a label she co-founded with producer Kenny Laguna. As a result, Joan became the first woman to run a record company in the history of American music. In 1980, she launched her self-titled solo album. 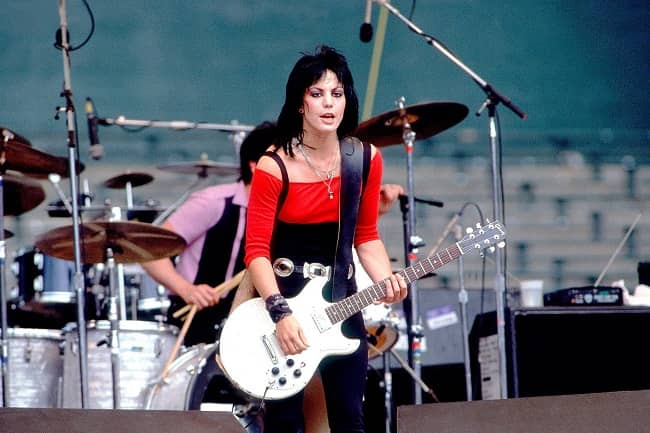 Joan Jett & the Blackhearts were formed when she teamed with Kenny, and her debut album, ‘Bad Reputation,’ was re-released in 1981. The concert in New York in the spring of that year proved to be a passport to the hearts of the American people for ‘Joanna Jett & the Blackhearts.’ The band issued another album, ‘I Love Rock ‘n’ Roll,’ in early 1982, which became a great smash. For weeks, the album’s title track remained at the top of several music charts. The band, unable to relax, quickly began work on their next album, ‘Album,’ which was published in early 1983. The record was not as successful as their previous efforts.
Moving on, she tried her hand at acting for a few years but failed to make an impression. She went on to make a couple more albums, but none of them were commercially successful. Following that, she began collaborating with other musicians, like ‘Bikini Kill’ and ‘L7.’ She was also a member of a couple of all-female bands that attempted to imitate ‘The Runaways.’ She published albums like ‘Fetish’ and ‘Naked’ in the 2000s, and her 2006 album ‘Sinner’ had a subtle political satire.
‘Unvarnished,’ her next album, was released in 2013. This is her final album to date. Jett’s music has appeared in several films and television shows over the years. ‘Shrek,’ ‘Baby Mama,’ and ‘The Runaways,’ for example, have hit soundtracks. She’s been in movies including “By Hook or By Crook” and “Boogie Boy.” She also appeared as a narrator in the film ‘Godly Boyish.’ Her acting career, on the other hand, was not particularly successful.

Joan has made a pretty satisfactory amount of wealth being a professional musician. As for the resources, she currently owns an estimated net worth of $10 million US dollars.

Joan Jett’s sexuality has long been a source of controversy among her followers. She has always provided mixed messages when asked. Furthermore, she has never married or dated a man, leading to further suspicion about her sexual orientation. According to certain claims, she is homosexual, however, she has categorically rejected this.

Enhancing her body measurements, she is an attractive girl and has an amazing personality. Talking of her height and weight, she is 5 feet 5 inches or 1.66 meters tall and weighs around 55 kg or 121 pounds. Likewise, her actual body measurements (Chest-Waist-Hip) are 33-24-33 inches. In addition, the singer has black hair and a pair of grey eyes. 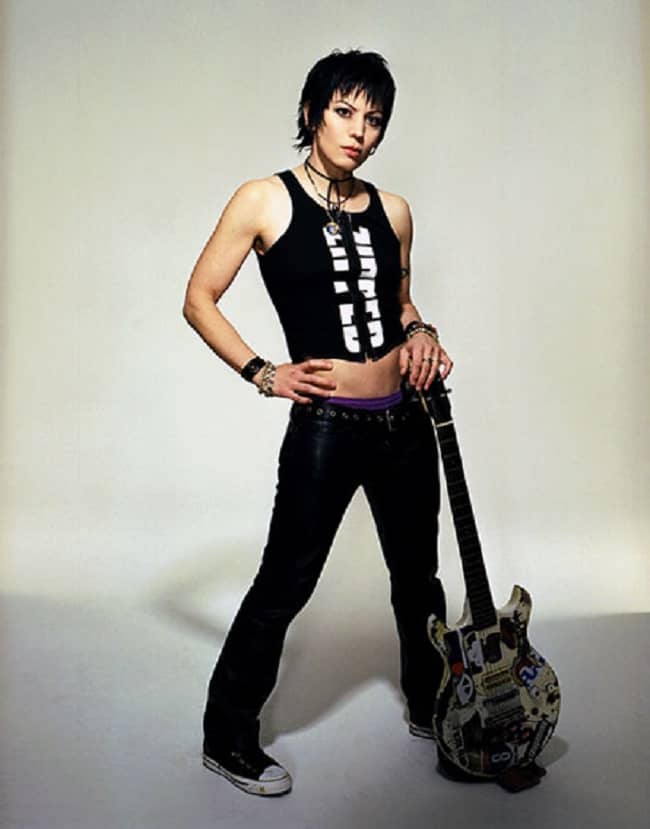 When it comes to her social media availability, she is pretty available on them. Her Facebook profile has 19k followers while her band’s Facebook has a huge 1.3 million followers. Moving on, her Instagram handle has 474k followers and her Twitter handle has over 274k followers. LAstly, her band Joan Jett and the Blackhearts have a YouTube channel that has more than 438k followers.