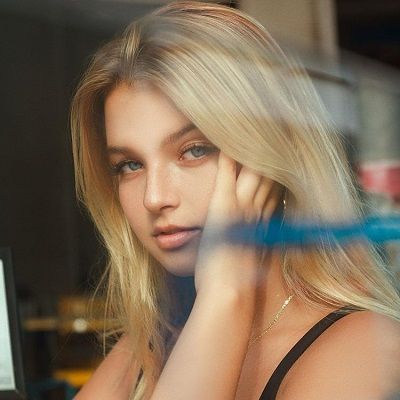 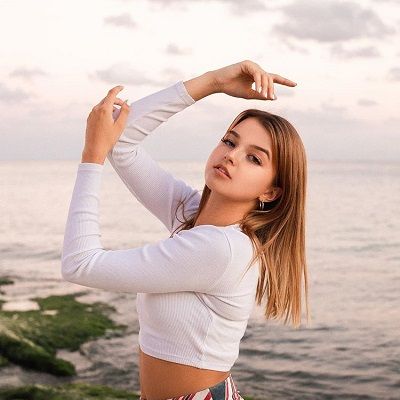 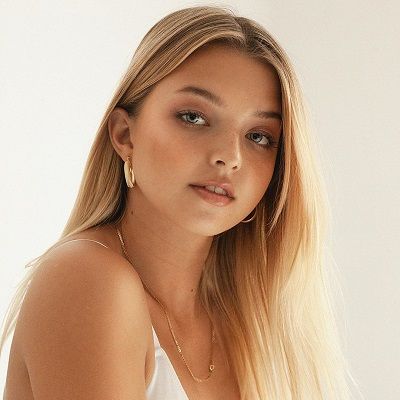 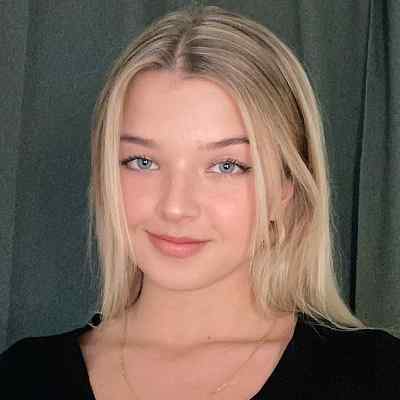 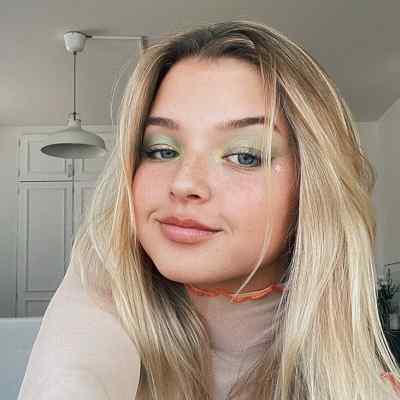 Joalin Loukamaa is a Finnish model, dancer, and singer. Joalin Loukamaa is popular as a member of the international group “Now United” since 2017 representing Finland. She is also a Youtuber and social media star.

Joalin Loukamaa was born on July 12, 2001, and her age is currently 21 years old. She is originally from Turku, Finland and her full name is Joalin Viivi Sofia Loukamaa.

When she was ten years old, Joalin moved with her mother to Mexico. Both her mother and stepfather are dancers.

They also teach at a dance school together in Playa del Carmen, Quintana Roo, Mexico, and still live there at present. Likewise, she has two younger siblings, a six-year-old sister, and a four-year brother.

She has also featured all her family members in various videos like Saying YES to my 5-year-old sister for 12 HOURS!, Only saying YES to my 4-year-old brother!, and Behind the scenes + my parents react to Benefits! among others.


Joalin also has yet to share any information regarding her educational journey.

But considering her age, we can assume that she might be a fresh high school graduate unless she decided to take a break from her studies and rather focus on her professional career.

Likewise, Joalin has both Mexican and Finnish heritage. 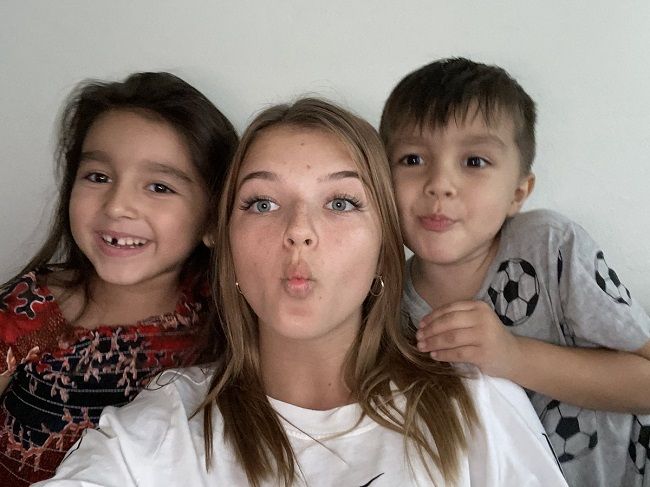 Caption: Joalin Loukamaa posing for a photo with her siblings. Source: Youtube

Joalin has earned a hefty amount of money throughout her career as a dancer. She has a net worth of between $100k and $1 million as of 2022.

Sadly, there is no information regarding Joalin’s body measurement details.

Her height, weight, chest-waist-hip measurements, dress size, shoe size, etc are all unavailable at the moment. Similarly, she has green eyes and blonde hair. 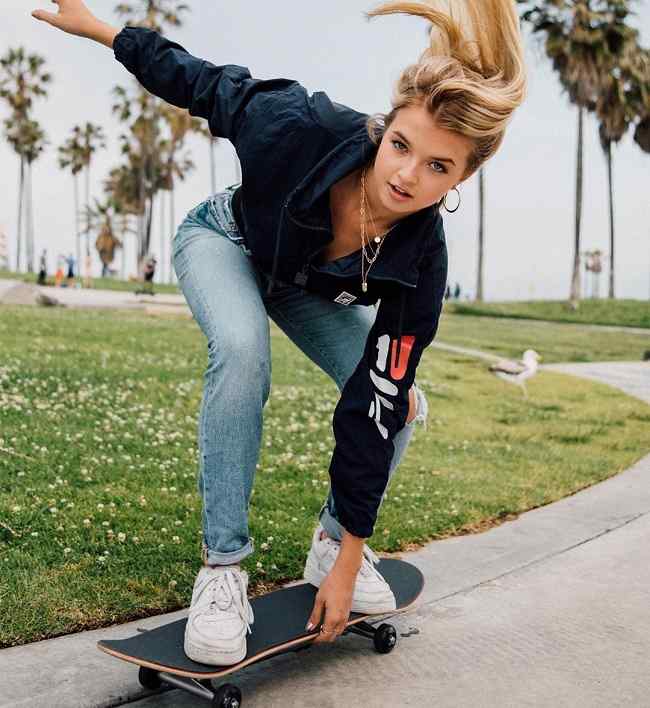 Joalin Loukamaa is most probably single at present. Joalin has not shared much information regarding this issue.

Likewise, Joalin Loukamaa has also not shared any social media posts that might indicate her current relationships or affairs.

Moreover, Joalin has maintained a clean public profile that is away from rumors, scandals, and controversies that might hamper her professional career and personal life.

Nevertheless, Joalin is sure to attract many lovers in the future through her talent, humor, and charms.

Professionally, Joalin Loukamaa is a dancer, pop singer, and model. She is a member of the international pop group “Now United”.

She also had the opportunity to appear in Harry Styles’s Lights Up music video.

Additionally, “Now United” is known for its song Summer In The City among many other songs. Simon Fuller was the architect behind this group.

Talking in more detail about the group, Now United is a global pop group created in 2017. Its creator Simon Fuller is also the creator of Idols (franchise).

Likewise, XIX Entertainment manages the group. There are 15 members in the group and they are all from different nationalities. Hence, Joalin Loukamaa represents Finland in the group.

Moreover, Now United has gained fame all over the world, especially in Asian and South American countries, since its official debut in 2018.

In the beginning, the model office agent noticed a notice of Simon Fuller’s new project (Now United) and asked Joalin and her parents if he could put the girl’s photos in for the selection.

The photos were taken and after several stages, Joalin went to the world final in Los Angeles. Initially, Joalin represented Mexico.

But since New United selected only one representative from each country in the group, Joalin nearly didn’t join the group.

However, she later learned that she could represent her country of birth, i.e. Finland, and that is how she joined the group and now represents Finland. 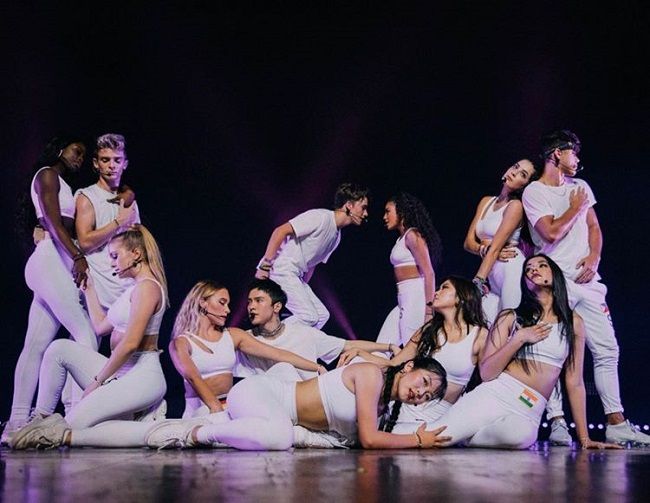 Likewise, the oldest video uploaded available at present is titled Bday parties & questions. She uploaded this particular video on February 4, 2018, and so far has over 27k views.

Likewise, the most popular video on her channel is What’s in the box challenge ft. Bailey, Josh, Hina, and Sabina! This video has had 1,245,253 views since its upload on August 2, 2018.

The other videos with 400k views are How I ended up in Harry Styles music video! (Storytime) with over 736k views, Saying YES to my 5-year-old sister for 12 HOURS! 420k views, and Who knows me better? Krystian VS. Sabina! with over 401k views.

Talking about her social media presence, Joalin Loukamaa joined Twitter in August 2017 and so far has 453.8K followers on her @joalin account.

Likewise, she goes by @_joalin on Instagram and this account has 87 posts and 2.6 million followers. She goes by @joalin2001 on Snapchat and also has a self-titled Youtube channel “Joalin”.

Her channel has earned 411K subscribers and 9 million views since June 28, 2015. She posts new videos every Saturday. We can also contact her at [email protected] for more business inquiries.