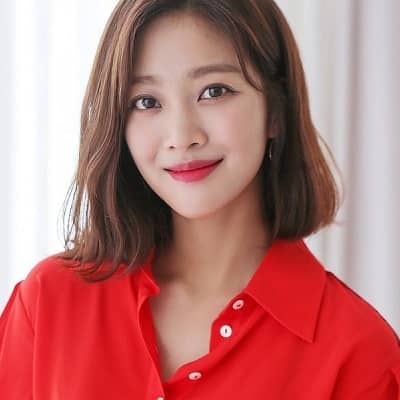 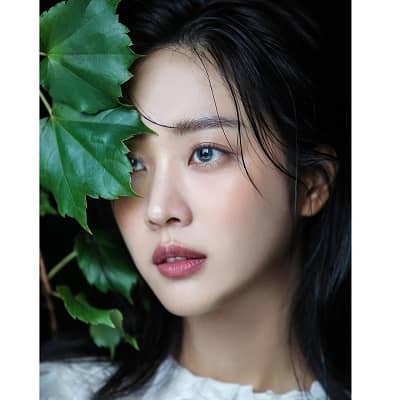 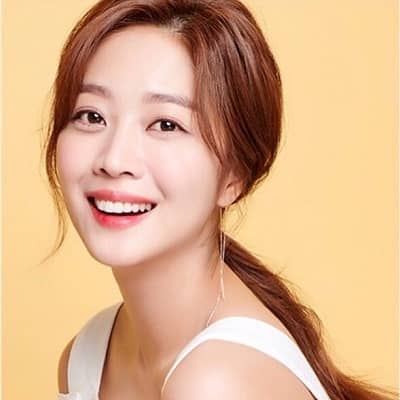 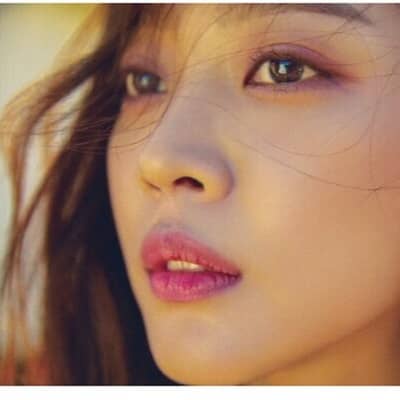 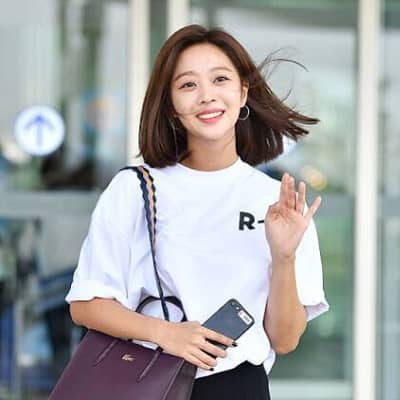 Jo Bo-ah is a prominent South Korean actress, model, and host. Jo Bo-ah gained immense fame for her appearance in TV dramas including ‘Tale of the Nine-Taled’, ‘Shut Up Flower Boy Band’, ‘The Idle Mermaid’, ‘The Missing’, and ‘My Strange Hero’ among others.

Jo Bo-ah was born on August 22, 1991, and she is currently 29 years old. She hails from Daejeon, South Korea, and her zodiac sign is Leo.

Further, her birth name is Jo Bo-Yoon, which is written as 조보윤 in Korean. Also, her name Jo Bo-ah is written in Korean as 조보아 and in Hanja as 曹宝儿.

Talking about her educational journey, she graduated from Sungkyunkwan University. She majored in Performing Arts.

Regarding her family, she has a younger sister, but her identity is not disclosed. 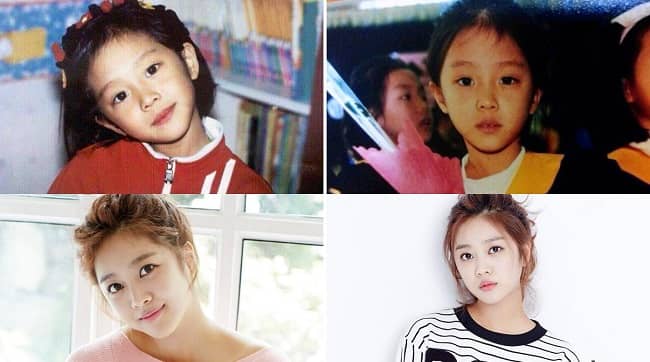 Jo Bo-ah is currently single. She was previously in a romantic relationship with actor On Joo-wan. The pair started dating each other in the year 2015.

They dated after meeting on the set of The Idle Mermaid. Unfortunately, the then-lovers split in January 2017.

Professionally, Jo Bo-ah is a prominent actress, model, and host. She rose to fame as the lead actress in the Korean dramas Shut Up Flower Boy Band and The Idle Mermaid.

She has also won several awards for her role in the KBS2 series All About My Mom. For this project, actor Choi Tae-Joon portrayed Bo ah’s love interest.

The on-screen lovers were nominated for KBS Drama Award for “Best Couple” in the year 2015.

Initially, she made her screen debut in the year 2011 in the daily sitcom I Live in Cheongdam-dong.

Following this, she hosted a gig on the audition program Made in U and also appeared in the Korean-Japanese co-production Koisuru Maison ~Rainbow Rose~. 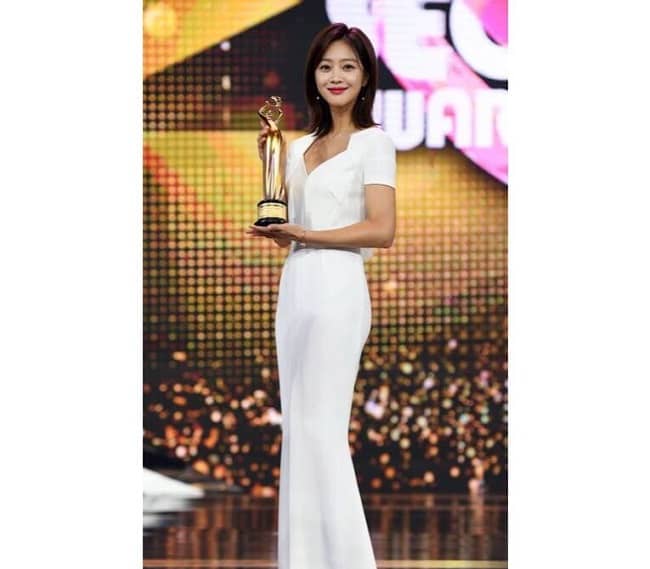 Caption: Jo Bo-ah posing for a photo with an award. Source: Instagram

In the year 2012, she landed her first major role in tvN’s coming-of-age series Shut Up Flower Boy Band. For this project, Bo-ah played the role of a former rich girl who falls for a rocker.

Later the same year, Bo-ah appeared in her first network TV series with a supporting role in the MBC period drama Horse Doctor.

In the year 2013, she and Kim Woo-bin hosted Mnet’s weekly music show M Countdown for two weeks, on April 4 and 11. The actress then made her film debut in the year 2014.

It was when she played the character Ha Young-Eun in the erotic-thriller Innocent Thing. In this project, Bo-ah’s character is a troubled, seductive teenager who becomes obsessed with her gym teacher.

It is a modern retelling of The Little Mermaid set amidst the competitive Korean workplace. 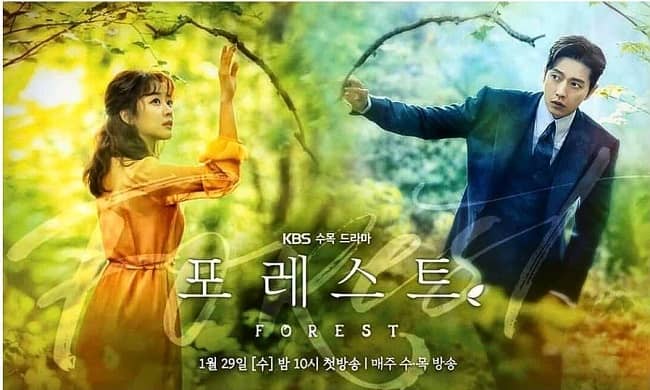 Then in the year 2015, she tried a new genre with the OCN police procedural The Missing. For this project, Bo-ah played a detective on the missing person’s task force.

She also starred in the web series Love Cells 2. It is adapted from the webtoon of the same title. In the year 2016, Bo-ah starred in the revenge melodrama Monster and the romantic comedy series Sweet Stranger and Me.

The next year, Bo-ah starred in the romance melodrama Temperature of Love and the two-episode drama special Let’s Meet, Joo-oh.

Similarly, in the year 2018, she starred in Goodbye to Goodbye. This project is based on a webtoon about the stories of two women.

The actress played the role of a university student who faces challenges as a single mother.

In the year 2020, she starred in the romance drama Forest as a doctor. Later the same year, the actress starred in the fantasy drama Tale of the Nine-Tailed.

Her character for this drama was a television producer.

Her latest project while writing this biography is the Tale of the Nine-Taled and for this, she worked alongside prominent Korean actors Lee Dong-Wook, Kim Bum, Kim Jung-nan, Ahn Gil-Kang, Hwang Hee, and Lee Tae-Ri among others in the lead roles. 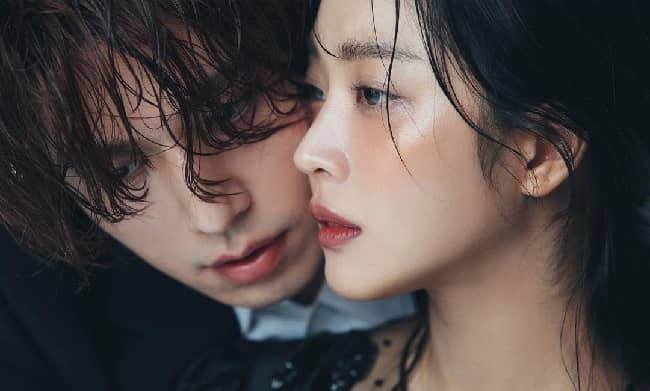 Caption: Jo Bo-ah captured with her co-star of ‘Tale of the Nine-Tailed’, Lee Dong-Wook. Source: Instagram

Jo Bo-ah stands tall at a height of approximately 1.65 meters or 5 feet 4 inches. Likewise, her weight is around 49 kg.

Other than this, there is no information regarding her other body measurement details including her chest-waist-hip measures, dress size, shoe size, etc.

Further, the actress has silky dark brown hair and eyes of the same color.

Talking about her social media presence, she joined Twitter in September 2014 and so far has over 1.6k followers on her @bbbbboah account.

The actress is not very active on this platform. Similarly, she is available on Instagram under the username @xxadoraa.

This account boasts exactly 438 posts and has garnered over 908k followers while writing this biography in January 2021.