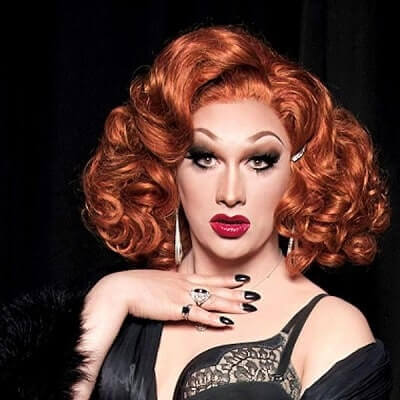 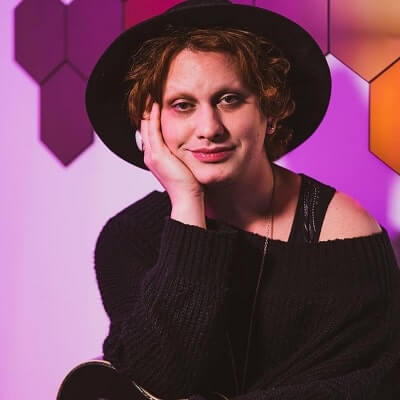 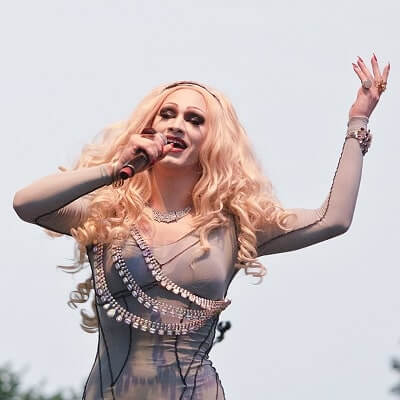 Jinkx Monsoon was born on September 18, 1987. The former winner of the Drag Race was born in Portland, Oregon, United States. Hoffer is the daughter of Deanne Hoffer(mother). However, Jerick’s father’s name is unknown. Jerick has three younger siblings. Hoffer was Catholic by birth. Later on, discovered Russian-Jewish ancestry on their mother’s side at the age of 18.

Jerick first started performing drag at the age of 15 at the all-ages ‘Escape Nightclub’ which was an LGBT Friendly nightclub in Portland, Oregano. Jerick’s drag name; Jinkx Monsoon was the nickname at an outreach center for gay youth in Portland and was derived from the word “jinx”, which translates to ‘subject to bad luck’. Monsoon came from the character Edina Monsoon from “Absolutely Fabulous”.

Jerick first studied in the DaVinci Arts for his middle schooling. Then, later graduated from Grant High School. Moreover, during college, Jerick worked as a janitor and graduated with a BFA in theater from Cornish College of Arts in the year 2010. 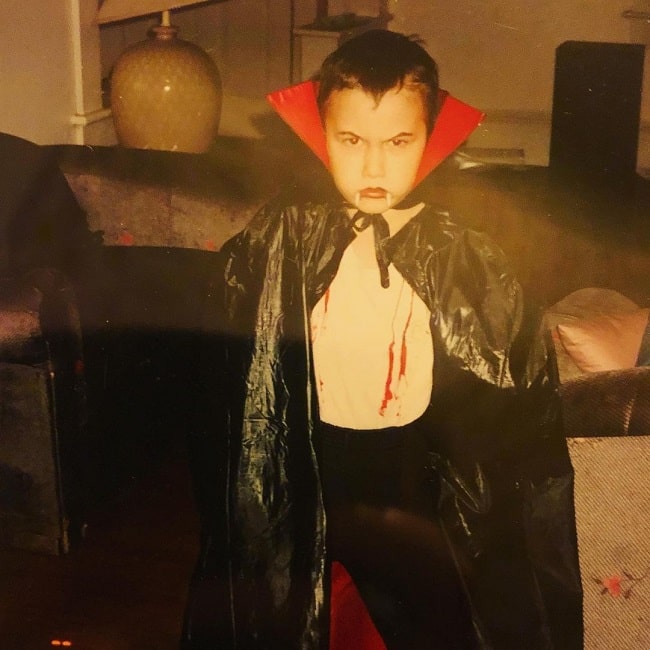 Caption: A picture of Jerick dressed up as a ‘Dracula’ when he was younger. Source: Instagram

After Jinkx Monsoon move to Seattle, they wrote and starred in multiple ‘Funny or Die’ webisodes titled Monsoon Season in which they played “Jinkx Monsoon”; an overbearing, substances added, near-psychotic mother to Nick Sahoyah’s Character. Moreover, in the year 2011, Monsoon appeared in the film “Waxie Moon in Fallen Jewel”. Later that same year in June, a documentary series based on Jerick’s life was out on Youtube by Seattle videographer Alex Berry.

The documentary series named “Drag Becomes Him” was a reference from the drag performer’s favorite movie “Death Becomes Her”. The series talked about and showcased Hoffer’s life in and out of drag. In October 2015, the series was turned into a feature-length film. Similarly, on March 26, 2015, Hoffer on their Instagram page announced that the film was to premiere at the Cinerama in Seattle on 29th April 2015.

In the January of 2012, Hoffer appeared as Moritz in ‘rock musical Spring Awakening ‘ at the Balagan Theater in Seattle. In November of the same year, Logo announced that he was among fourteen drag queens who would be competing on the fifth season of RuPaul’s Drag Race. Jerick auditioned for the show after seeing Sharon Needles, another character-driven drag queen who appeared in the fourth season of the same show. 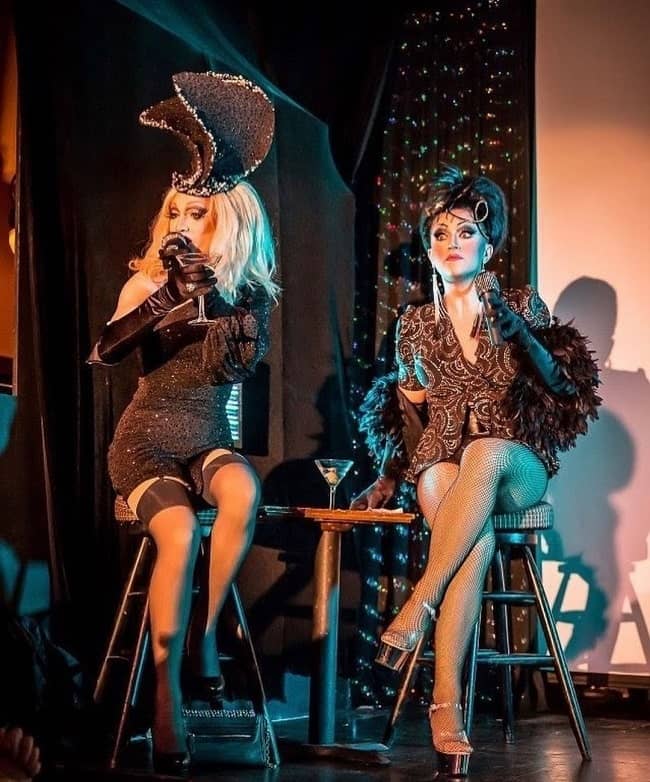 Additionally, Hoffer performed as the renowned he in the original one-act cabaret musical “The Vaudevillians” under the name ‘Kitty Witless’. In one of the episodes of ‘Blue Bloods ‘ which aired on January 31, 2014, Hoffer played Tallulah/Dennis.

Similarly, in the year 2015, Jerick joined the cast of Wes Hurley’s hit comedy series “Capitol Hill”.Jerick has also released many singles and albums of her own such namely; “The Inevitable Album”, “The Ginger Snapped”, “Coffee and Wine”, “Creep”, “ Cartoons and Vodka” and many more.

Jerick is the winner of RuPaul’s Drag Race season 5. Moreover, Jerick was also one of the Artists of the Year by City Arts magazine in the year 2013. Hoffer also received a nomination for the Helpmann Award for Best Cabaret Performer. 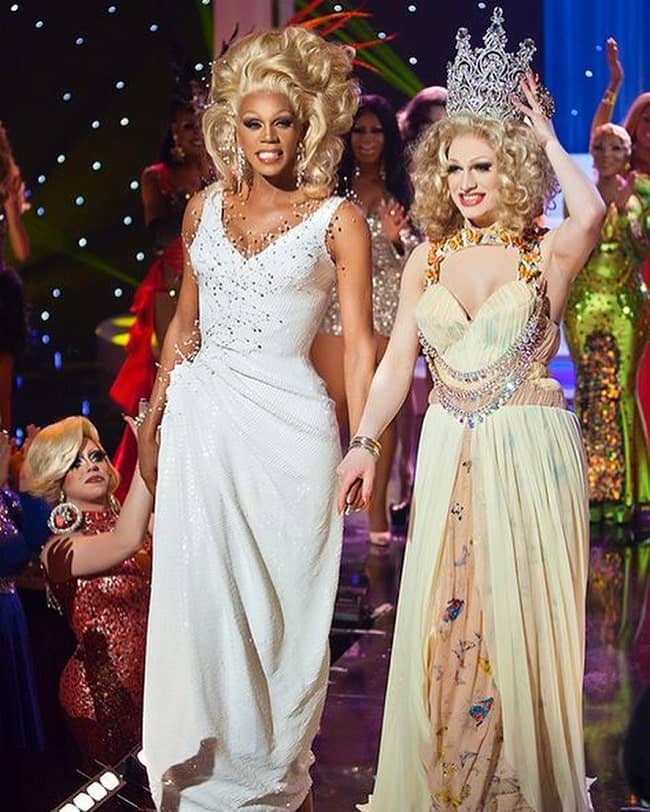 Jinkx Monsoon isn’t dating anyone currently and is single. It seems that Jerick is more focused on doing well in Jerick’s career than to be romantically involved with another person at the moment.  In the past, there was a controversy regarding Jerick and the fellow drag performer Ivy Winters after Jerick’s confession of having a crush on Ivy. After that, the two are only friends to date.

Jerick has lived in Seattle, Washington DC since the year 2006. Jerick has a condition called narcolepsy. It is a disorder that decreases the ability of the patient to regulate the sleep-wake cycle. This fact was revealed in the season 5 premiere of RuPaul’s Drag Race. Hoffer has said in an interview taken in April of 2017 that the drag performer has always identified them-self as more gender fluid or gender ambiguous. However, Hoffer has never identified them-self as fully male.

Jinkx Monsoon is 5 feet 7 inches tall and weighs 55kgs. Similarly, Hoffer measures 32inches and has dark hair and dark brown eyes. Her other body measurements such as waist, hip, chest are under review.

Net Worth And Social Media

The net worth of the drag performer is around $1million. The exact details about the drag performer’s salary are not known. Jerick’s main source of income is performing drag. Jinkx Monsoon also has a career in singing and has released few albums which also contributes to their income. Other details regarding Jerick’s assets are not available on the web.