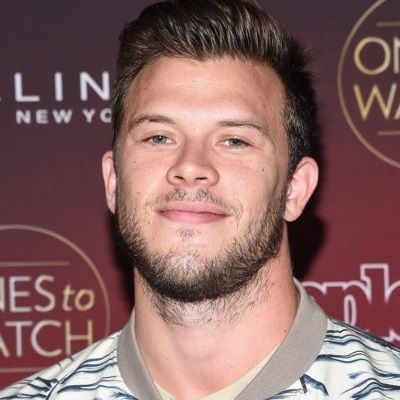 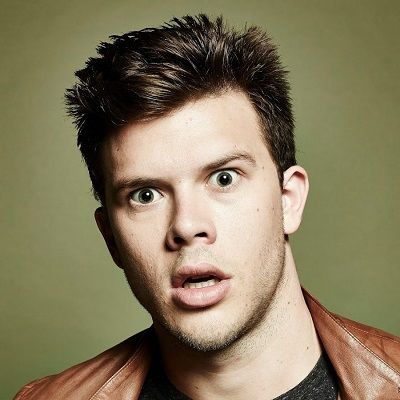 Jimmy Tatro is a multi-talented personality. Jimmy Tatro is an American actor, comedian, director, writer, and creator. He began his career via Youtube and his Youtube channel, ‘LifeAccordingToJimmy’ has amassed 3.35 million subscribers.

Jimmy Tatro’s full name is James Richard Tatro. He was born on 16 February 1992. Jimmy has turned 29 years old recently. Furthermore, his birthplace is California, the United States of America. Jimmy’s mother’s name is Maria Tatro. But, he has not revealed his father’s detail. Thus, we don’t know his dad’s name but he has shared his photos occasionally.

He was brought up in Los Angeles along with his siblings. Moreover, he has a sister named, Laura Tatro and a brother named, John Tatro. Jimmy is an American by nationality and White Caucasian by ethnicity. Similarly, he was born with an astronomical sign, Aquarius.

We don’t know much about his childhood. But, from his chosen path, we can predict that he was an entertaining, fun-loving, and mischievous person from a young age. 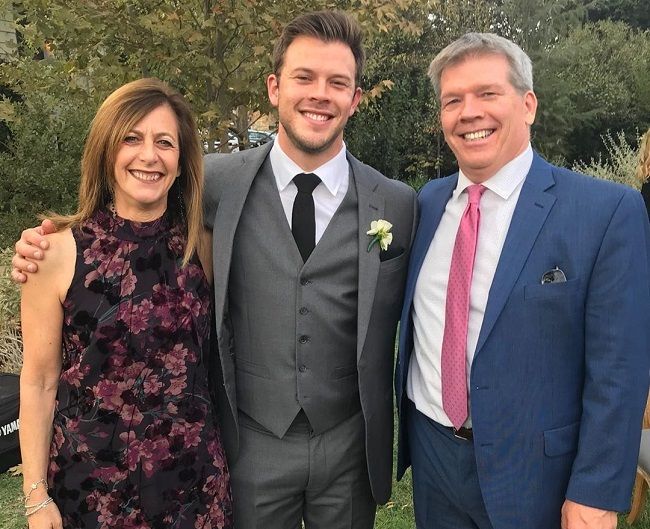 Reflecting on his educational background, he studied at Notre Dame High School located in Sherman Oaks California. Tatra was a member of Pi Kappa Phi Fraternity at the University.  He got enrolled at the University of Arizona.

He has not revealed which major he has taken during his university days. But, he dropped out his college when he was in his junior year. Then, he shifted his focus toward creating a Youtube channel with his creative partner Christian Pierce.

Jimmy has been performing stand-up comedy at comedy clubs and colleges all across the nation. Besides comedy, he was cast in series, films, and cameo too. Tatro began his acting career in 2013 via a small role in the comedy, Grown Ups 2. Then after, he made his appearance as a Rooster in 22 Jump Street opposite ti Jonah Hill and Channing Tantum.

Furthermore, Tatro nailed the role of Clayton Vance in the Christian Summer Camp comedy, Camp Manna. In 2017, he landed the role of Dylan Maxwell on a Netflix series, ‘American Vandal’.  American Vandal is a true-crime satire that unfolds the aftermath of expensive high school pranks that left twenty-seven faculty cars vandalized with phallic images. It has ended with two seasons.

In the same way, Small foot is another work of his with Channing Tantum. He provided the voice to the character, Thorp. The Small foot is a 3D computer-animated film. Moreover, Drive Share, Air Bound, and The Guest Book are some of his other works of his on a screen.

From the year 2018-2019, he played some of the major roles. He was cast as Bill the Firefighter in the 6 episodes of “Modern Family. Similarly, ‘Stuber’ is another film of him where he provided justice to the role of Richie Sandusky. The audience thoroughly enjoyed the character of John McCormick in ‘Bad Education.’ In 2020, he appeared in the film The King of Staten Island in the role of Firefighter Savage. 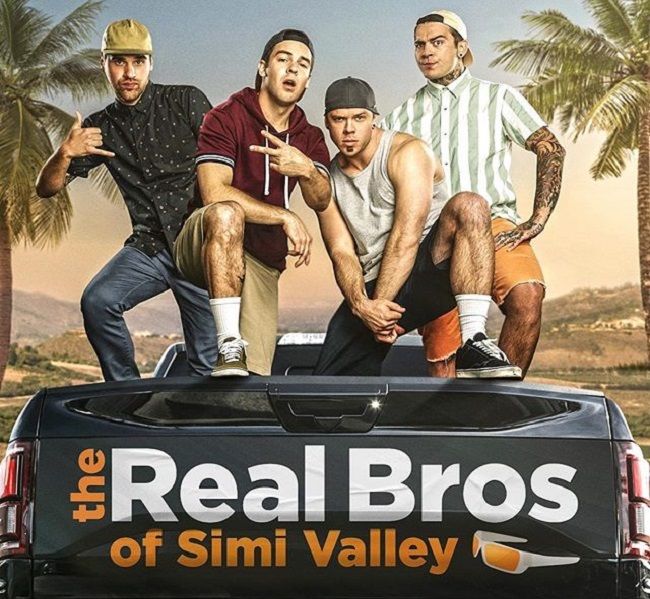 Jimmy’s ‘Real Bros of Simi Valley’  on Youtube and Facebook watch is running its season 3. It was created by Jimmy Tatro himself alongside his high-school graduated fellows: Nick Colleti, Tanner Getter, and Cody Ko. A comedy reality genre is about a look inside the lives of Xander(Jimmy), Bryce(Tanner Getter), Duncan(Nick Colletti), and Wade(Cody Co) of Simi Valley.

In the year 2011, Jimmy created the Youtube channel,’ TheJimmyTatroChannel’ later changed to ‘LifeAccordingToJimmy’.  Tatro in collaboration with his creative partner, Christian Pierce uploads comedy skits. He has featured lots of other celebrities such as Emily Osment, Milo Ventimiglia, Riff Raff, and David Henrie to name a few.

Until now Jimmy had been nominated in various categories for his series, American Vanderwall. He was nominated for ‘Best Actor in a Movie Made for Television or Limited Series’ on‘Critics Choice Award’. In 2018, Jimmy got nominated for Movie/Limited Series Actor’ on the ‘Gold Derby TV Award’. ‘Best Comedic TV Performance’ is another category for which he was nominated. Unfortunately, he couldn’t take any of the awards in his home. But, he has been getting the love of his followers like any other celebrity.

Tatro appeared in various cameos, films, and web series. He is also a Youtuber. Jimmy has accumulated a decent amount of money via his income streams. As of now, his net worth is estimated at $2.5 million. Altogether, he makes over $600,000 monthly, but he gets around $50,000. His weekly earnings are $12,500. 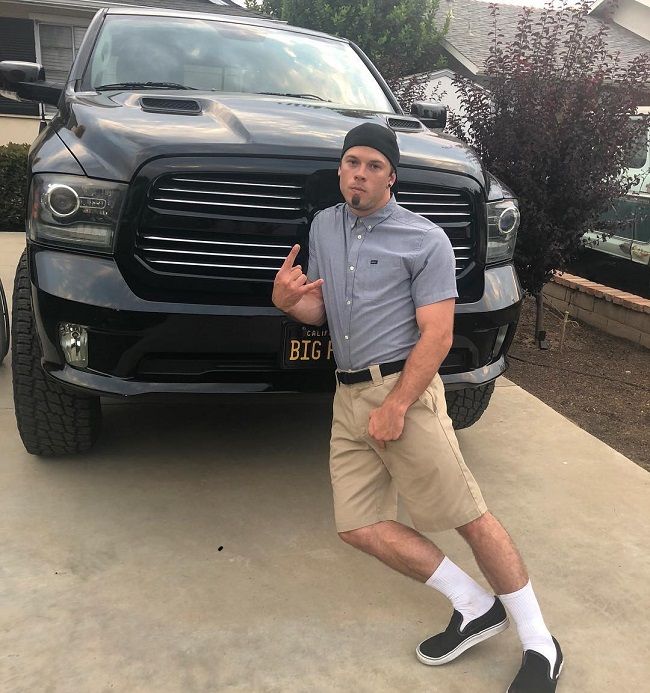 Jimmy Tatro is possibly living his single life. Talking about his past relationships, he dated actress Emily Osment in 2013. Emily Osment has appeared in ‘Sky Kids and  ‘Hannah Montana’. Unfortunately, their relationship couldn’t sustain for a longer time. They parted ways after two years of being together in 2015.

Also, Jimmy had dated Laura Elizabeth. As of now, there is no rumor of him dating anyone. He is living his best single life. If not then he is very secretive and loves to keep his life secret.

Dashing Jimmy Tatro has a height of 5 feet and 10 inches. He weighs 85 kg. He has a fit body of mesomorph build. His green eyes and brown hair add extra charm to his face. Regarding his body measurements, Jimmy’s chest size is 44 inches, and his waist size is 32 inches. Likewise, his arms size is 15.5. We do have his shoe size also. His shoe size is 9 UK.

Jimmy Tatro has an amazing number of fan following on all his social media handles. His Twitter handle has 531.3K followers. His username is @Jimmytatro. He is a verified user of Instagram. Jimmy has total fan followers of 499K followers.