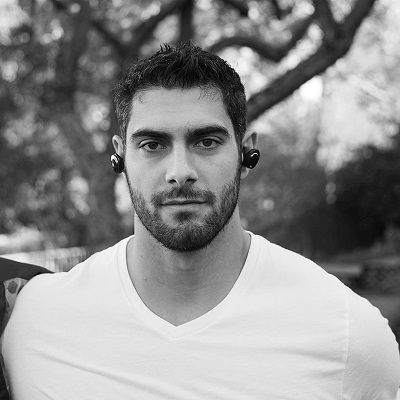 Jimmy Garoppolo is a prominent footballer. Jimmy Garoppolo had come to fame after playing for the San Francisco 49ers of the National Football League (NFL).

Jimmy Garoppolo was born on 2nd November 1991 in Arlington Heights, Illinois, the United States. As for now, his age is 28 years old and belongs to American nationality. Similarly, he was given birth by the parents named Tony Garoppolo and Denise F. Malec as James Richard Garoppolo.

Furthermore, he had spent his childhood playing with his three brothers named Mike, Billy and Tony Jr. 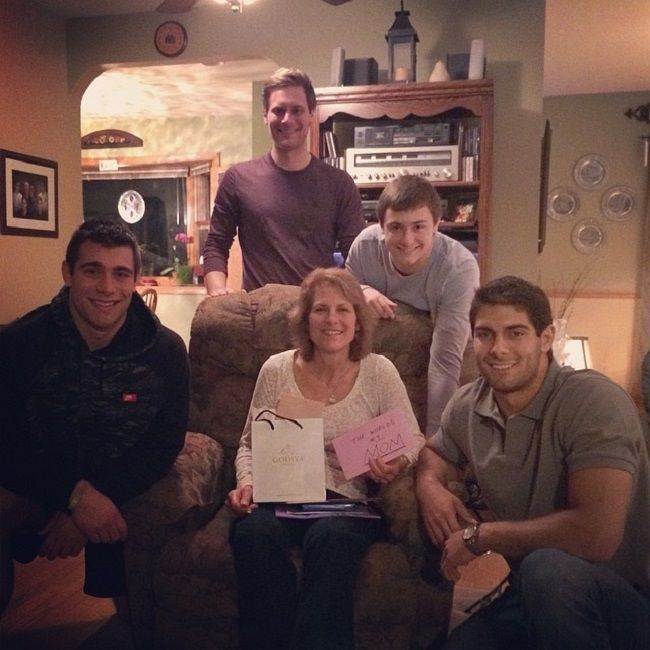 Caption: Jimmy Garoppolo posing along with his mother and siblings (Source: Instagram)

Moving toward his educational background, he attended Rolling Meadows High School in Rolling Meadows. He was a quarterback and linebacker for the Mustangs football team. He has even played in 19 games at quarterback during his junior and senior seasons and qualified for 3,136 yards and 25 touchdowns.

Concerning Jimmy Garoppolo’s college career, he played football for the Eastern Illinois Panthers from 2010 to 2013. In the first year, he played eight games, reaching for 1,639 yards and 14 touchdowns. He even won All-Ohio Valley Conference Newcomer Team honors competing under head coach Bob Spoo.

In 2013, he played on his senior season in head coach Dino Babers’s up-tempo no-huddle offense and won the Walter Payton Award. The award was given to the most outstanding offensive player in the Division I Football Championship Subdivision. He also got named the 2013–14 OVC Male Athlete of the Year and the 2013 College Football Performance FCS National Quarterback of the Year.

Focusing on Jimmy Garoppolo’s career, he had started in the year 2014. In that year, the New England Patriots drafted him with the 62nd pick overall from the Football Championship Subdivision. Then, he along with Patriots signed a 4-year contract worth $348,389 with an $853,744 signing bonus. The same year (2014), he was drafted by the England Patriots in the second round of 2014 NFL Draft while he was playing for Illinois. 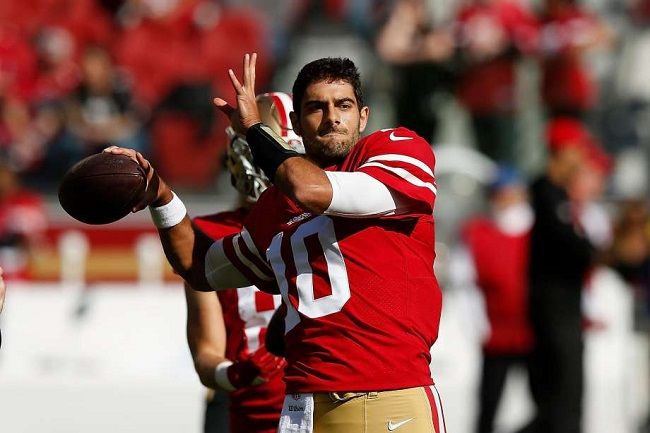 Similarly, he had played 5 games and completed the season with 1 of 4 passes for 6 yards on the season for a 39.6 passer rating in the year 2015. He had even drafted by the San Francisco 49ers in the second-round pick in the 2018 NFL Draft on 30th October 2017. Furthermore, he had even played against Tampa Bay Buccaneers, Cincinnati Bengals, and Arizona Cardinals in the 2019 season.

Jimmy Garoppolo hasn’t married nor has children. As reported by Gssipgist, he is in a relationship with his girlfriend named Alexandra Rose King. The duo began dating each other in 2018. Likewise, they share good mutual understanding and love for each other. The couple is living a very happy and peaceful life.

Focusing on his past relationship, he hasn’t dated anyone until now. He usually doesn’t speak about his personal life in the media or public as well as hasn’t mentioned his affairs publically. Moreover, he even has managed to keep it low profile. As well as he is too young to involve in a relationship.

Handsome hunk Jimmy Garoppolo has a height of 6 feet 2 inches tall and owns a weigh of 102 kg. Similarly, he has a beautiful light brown hair color with a pair of hazel eyes.