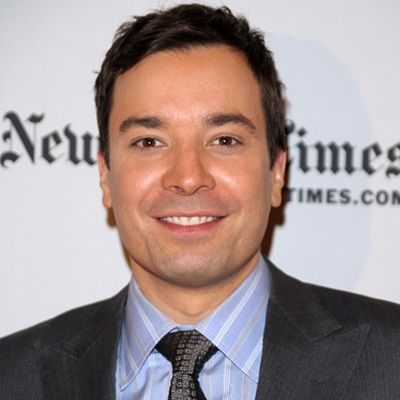 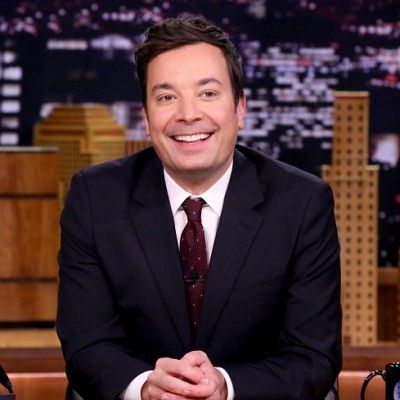 Jimmy Fallon is the host of the NBC comedy show ‘The Tonight Show starring Jimmy Fallon’. Jimmy Fallon is also the winner of six ‘Primetime Emmy Awards and five ‘People’s Choice Awards for his shows.

Jimmy Fallon was born James Thomas Fallon on 19 September 1974. Currently, he is 48 years old. He was born to parents Gloria Rose Feeley and James W. Fallon at Bay Ridge, Brooklyn, New York. Hence, he is an American who is a descendant of German-Irish-Norwegian migrants. 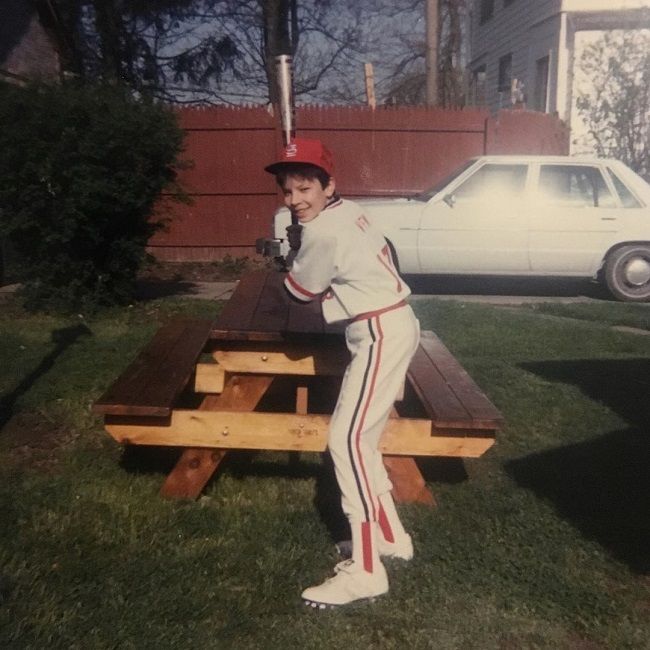 Likewise, he has a sister named Gloria Fallon, who is also a writer. Her books include “The Grass is Never Greener Over There: And Other Disappointments” (2017) and “I Hate This Place: The Pessimist Guide to Life” (1999). Furthermore, Fallon has revealed that his parents were overprotective and that he considered being a priest during his childhood. Moreover, he is good friends with singer Justin Timberlake and actress Drew Barrymore, through whom he met his wife, Nancy.

Jimmy Fallon attended St. Mary of the Snow, a Roman Catholic school located in Saugerties, New York. He later graduated from Saugerties High School in 1992. Furthermore, he is a graduate of Bachelors of Arts in Communications from The College of Saint Rose, located in Albany, New York.

In the late 1990s, he shifted to New York and attained his lifelong dream with the chance to audition for his favorite show, Saturday Night Live. He also met with co-creator and producer Lorne Michaels and won him over with his influence on Adam Sandler. Then, he appeared in the show’s cast for the 1998-1999 season, which co-starred Will Ferrell, Tracy Morgan, and Molly Shannon.

During his time on the show, he gained popularity for his impressions. His name was taken along with such famous names as Robert De Niro, John Lennon, Chris Rock, and Mick Jagger. He brought to life a diverse mix of personalities as for original characters.

He even co-hosted SNL’s recurring news sketch “Weekend Update” with Tina Fey. They demonstrated to be a famous pairing, with him also using the “Weekend Update” platform in 2004 to disclose that he was leaving the show.

The comedic personality has also attempted to change over into feature films, with mixed results. He has co-starred with Queen Latifah for the 2004 crime comedy Taxi, which made a commercial and critical dud and also appeared in Drew Barrymore for the 2005 baseball-themed romantic comedy Fever Pitch.

In 2006, he made an appearance on the dramatic side of Factory Girl. He starred in Guy Pearce along with artist Andy Warhol and Sienna Miller as his muse, Edie Sedgwick. He is portrayed as the promoter, Chuck Wein.

In 2008, he made his high-profile transition. NBC disclosed that the young comedian would be taking over Conan O’Brien’s late-night talk show in the same year. His first show, Late Night with Jimmy Fallon, aired in March 2009 and guest-starred Robert De Niro and Justin Timberlake.

Initially, he received mixed reviews and eventually became a popular late-night host. He has a boyish charm, and quirky spoofs and with stunts, he won over audiences. In addition to interviews and monologues, he has performed comedy segments, along with playing games with guests and making comedic videos. 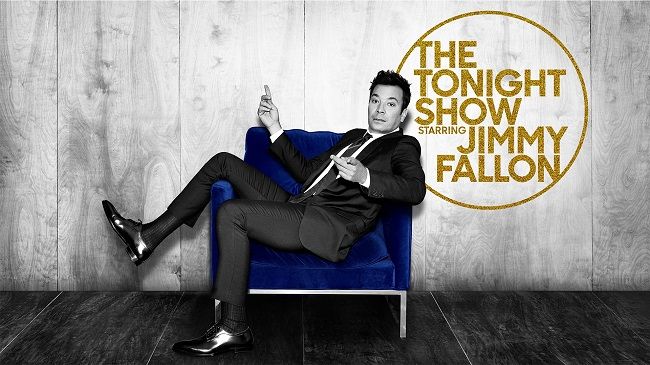 In April 2013, it was disclosed that he would become the new host of The Tonight Show, after the expiration of Jay Leno’s contract. The show moved its production from Los Angeles to New York. His fist The Tonight Show Starring Jimmy Fallon debuted on February 17, 2014. He put on his all best effort to make the show more interesting to catch the eye of lots of viewers.

Currently, the show is running in its seventh season. It is an American late-night talk show that airs weeknights at 11:35 pm Eastern/10:35 pm Central on NBC in the United States. In March 2020, The show shut down production on The Tonight Show after the coronavirus outbreak. Further, he made headlines for hosting the “at home” versions of his show, with help from his family.

Besides his appearances, he has also released two comedy albums, The Bathroom Wall (2002) and Blow Your Pants Off (2012). He has even hosted the MTV Movie Awards, the Emmys, and the Golden Globes. Fallon also published other books like “Thank You Notes” (2011) and “Your Baby’s First Word Will Be Dada” (2015).

Further, the comedian has released several books, including I Hate This Place: The Pessimist’s Guide to Life (1999), co-written with his mother, and the children’s book This Is Baby (2019).

As of 2019, Jimmy Fallon owns 15 awards including five ‘People’s Choice Awards and six ‘Primetime Emmy Awards. He won these awards mostly for his outstanding late-night comedy shows. Likewise, he has been nominated for international awards since 2001 including ‘The teen Choice Awards, ‘The Comedy Awards, and more.

As claimed by ‘Celebrity Net Worth’, Jimmy Fellon has an estimated net worth of $60 million as of 2022. Likewise, ‘Paywizard’ claims his salary to be $15 million. He earns mostly from hosting the ‘Late Night Show’, singing, and writing. Similarly, he owns a farm in Hamptons – where he resides with his family, a house in Manhattan, and a Land Rover.

Jimmy Fellon is happily married to the film producer Nancy Juvonen since 22 September 2007. Nancy is also the co-owner of ‘Flower Films’. The couple met when Jimmy was filming for the movie Fever Pitch and started dating in May 2007. The couple got engaged and finally tied the knot within the next six months. 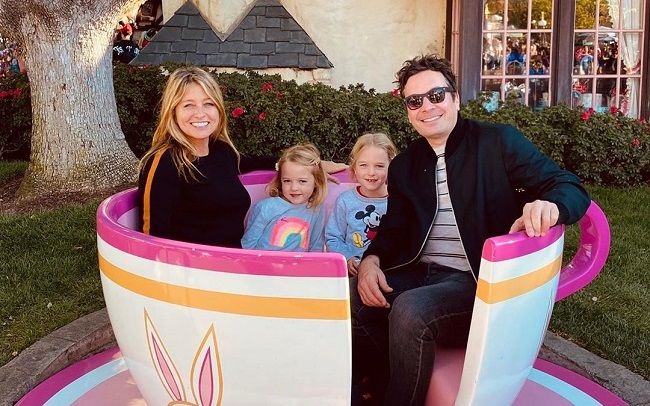 Moreover, the couple has two children Winnie Rose (2013) and Frances Cole (2014). Furthermore, the children were born through surrogacy. The couple chose it trying several other options since they were dealing with fertility issues.

In 2020, he partnered with pacifier producer WubbaNub to produce two limited-edition pacifiers based on the penguin and cow characters in his children’s books.

Several rumors surrounded Jimmy Fallon, many of which were related to his accidents and some to his TV show. His controversial injuries include two times finger injuries and a chipped tooth among others. One of his finger injuries required 6 hours of microsurgery, 10 days in ICU, and several months of insensitivity to the finger. Likewise, Jimmy was also accused of being an alcoholic, which supposedly led to the injuries. However, he quashed this rumor saying that he could never work if he drank daily as accused.

Also, there were criticisms for his welcoming behavior towards the then Presidential candidate, Donald Trump. Despite his motive to have fun, he received many criticisms online for being charitable towards Trump, a candidate who made several offensive comments during the time.

Jimmy Fallon has an athletic body weighing 86 kilograms (190 pounds). Likewise, he stands 6 feet tall, which is considered taller than the average. Also, his chest-waist-hip measurement is 40-34-40 and he wears shoes of size 10 according to the U.S. standard. Furthermore, the color of his hair and eyes is both brown.

Jimmy Fallon has 17.9 million followers on Instagram (@jimmyfallon) and 51.4 million on Twitter (@jimmyfallon). Likewise, he has +3 million likes and +4 million followers on his official Facebook page. Similarly, Jimmy updates his accounts on these multiple platforms frequently, which are related to his TV show and its guests. Additionally, he sometimes shares updates related to his personal life.