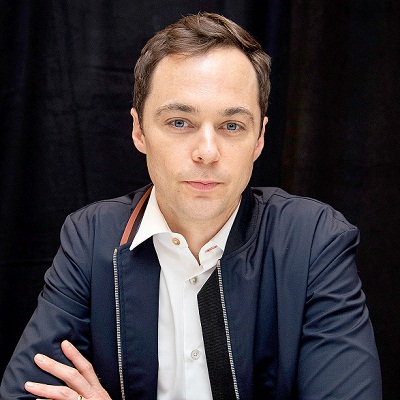 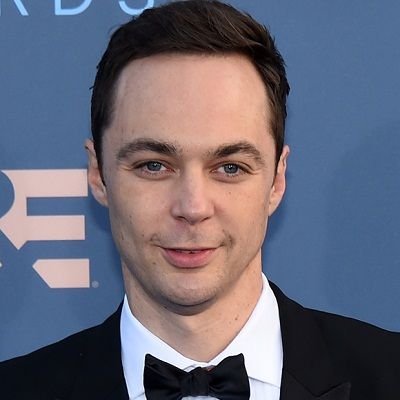 Jim Parsons is an openly gay American actor. Jim Parsons is best known as Dr. Sheldon Cooper in ‘The Big Bang Theory. He is a Hollywood Comedy star as well as a theatre artist.

James Joseph Parsons was born on March 24, 1973, to his parents, Milton Joseph and Judy Ann. He is 49 years old as of 2022. Similarly, he was born in Houston, Texas, and raised in Spring, a northern suburb of Houston. He has a sister Julie Ann Parsons. Moreover, both his mother and sister are teachers. He is an actor and producer with the Nationality of an American, better known as Jim in the industry. Currently, he owns houses at Gramercy Park, New York City, and Los Angeles, California. 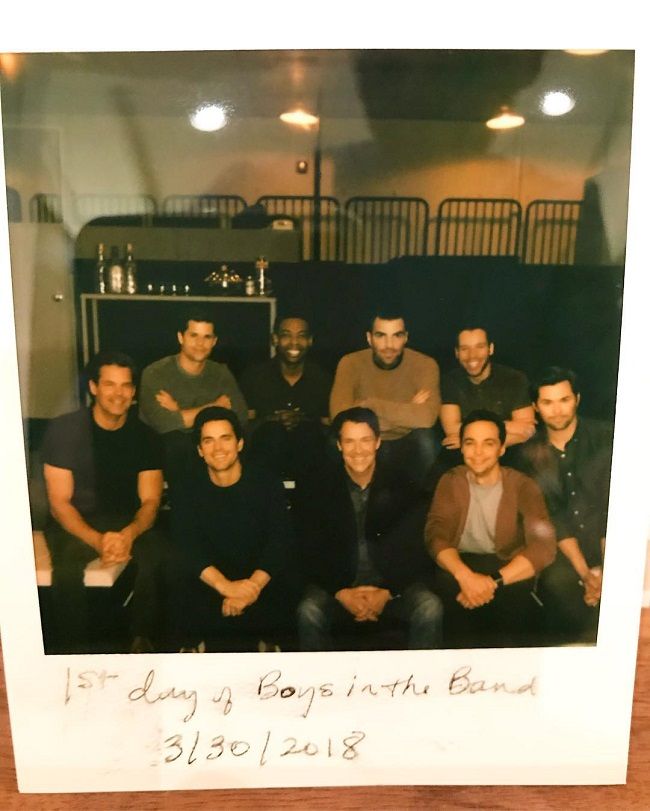 He attended Klein Oak High School located in Spring. Likewise, he joined the University of Houston for his bachelor’s degree in Arts. He later graduated from the University of San Diego gaining a Master’s degree in Fine Arts (MFA). Likewise, he has revealed that he was determined to become an actor at the young age of six after playing in a school production of ‘The Elephant’s Child’. Similarly, he was involved regularly in plays during his school and University, appearing in 17 plays in 3 years.

Forbes, in 2018, estimated his salary as $26.5 million yearly, also naming him the highest-paid TV actor in the world. Similarly, his net worth is $160 million, according to Celebrity Net Worth. He also earned $177.7 million from The Big Bang Theory alone. 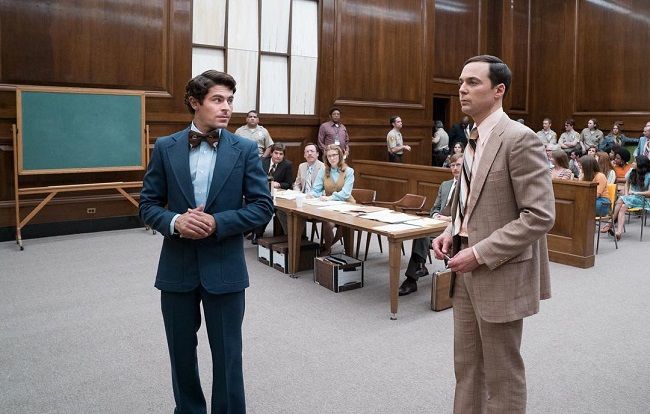 Caption: Jim Parsons at the set with the co-star Ted Bundy (Source: Instagram)

He won his first award titled “Individual Achievement in Comedy” at the TCA Awards in 2009. Since then, he has bagged 21 winning awards and has been nominated for more than 30 awards. His winning awards include several “Best Actor in a Comedy Series”, “Outstanding Lead Actor in a Comedy Series”, “Favorite Actor” and “Outstanding Performance” among a few others. He owns four Primetime Emmy Awards, two Critic’s Choice Awards, and three People’s Choice Awards among many others.

On 11 March 2015, he received a star on the Hollywood Walk of Fame, marking his incredible achievement in the entertainment industry.

Jim Parsons is an openly gay celebrity in Hollywood. ‘The New York Times’ revealed his sexual orientation in an article in May 2012. Similarly, he was in a romantic relationship with partner Todd Spiewak for nearly 15 years before they decided to tie the knot. The couple legalized their long-time relationship on 13 May 2017 in Rainbow Room, New York City. His husband is an Art Director. 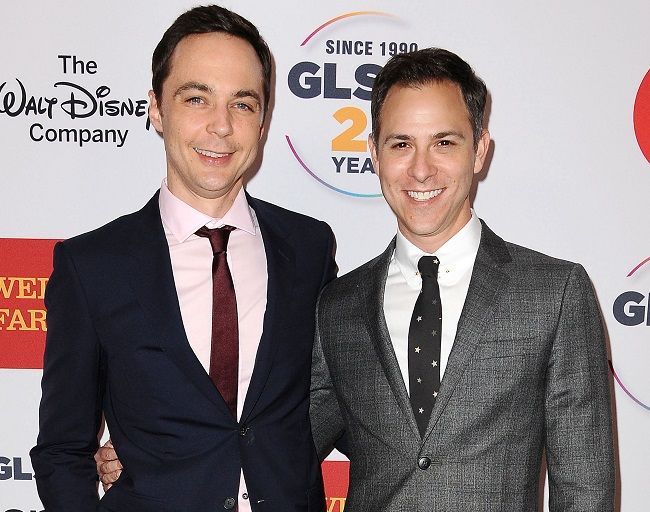 The actor has a slim body that stands at a height of 6 feet 1 inch tall and weighs around 66 kg. Jim Parson has mesmerizing blue eyes and naturally brown hair. Likewise, his chest-biceps-waist measurements are 39-14-32 inches. He wears shoes sized 10 according to the American standard. Similarly, he is popular for his character Sheldon Cooper’s weird smile. He invented the smile specifically for this role.

Jim Parsons is active on Instagram with 7.1 million followers. He doesn’t have personal accounts on other social media platforms. However, we can find him easily on YouTube appearing in numerous videos including interviews and TV shows. Likewise, he also revealed during an interview that he was not very good at Twitter.