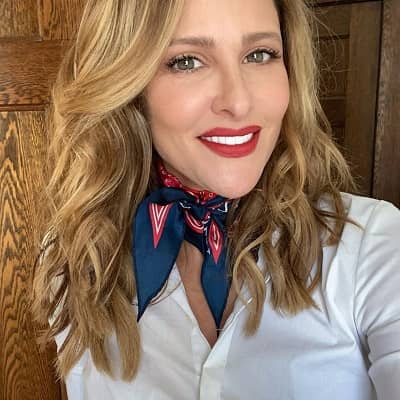 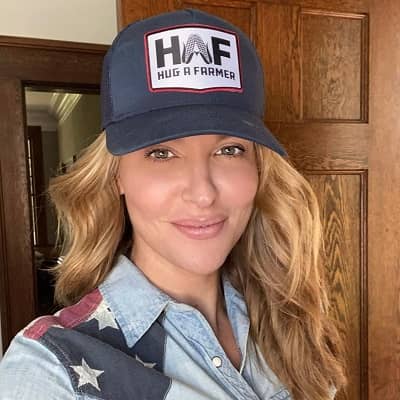 Jill Wagner is an American model, actor, and host, best known for presenting the ‘ABC’ game show ‘Wipeout’ for six of its seven seasons. Jill Wagner became popular as ‘The Mercury Girl’ after featuring in TV commercials as the spokesmodel of the ‘Ford’ brand, ‘Mercury’. She also co-hosted the TV show ‘Inside the Vault’.

Jill was born Jill Suzanne Wagner, on January 13, 1979, in Winston–Salem, North Carolina, US. The actress’s full name is Jill Suzanne Wagner. She holds an American nationality and is 41 years old. Similarly, her sun sign is Capricorn. She lost her mother shortly after her birth. She grew up along with an older brother Brandon Wagner. Wagner got raised by her father, David Wagner, a US Marine, and grandparents, who had both several in the U.S. military. Moreover, she is of Caucasian ethnicity. 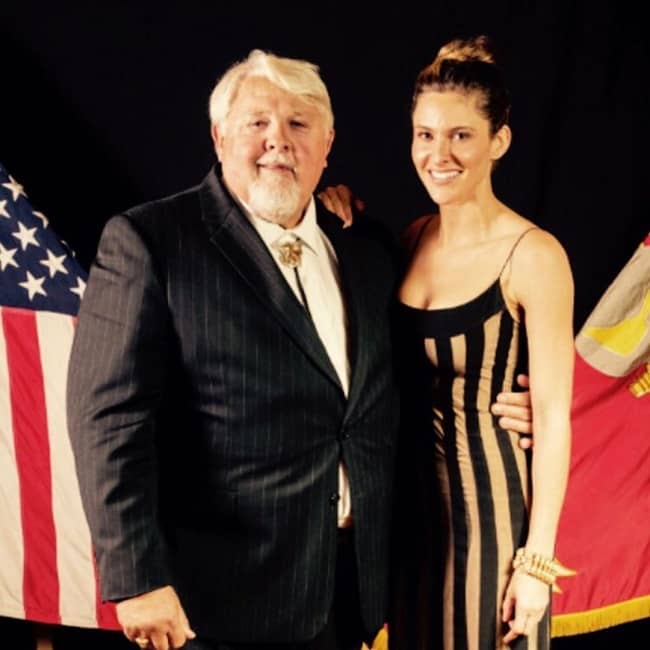 Jill studied in the ‘Ledford Senior High School’ in Wallburg, North Carolina, and she then obtained a bachelor’s degree in business management in 2001 from the ‘North Carolina State University’. Moreover, she also attended the internationally renowned ‘Barbizon Modeling and Acting School’ in its Raleigh center and graduated from there. Thus, she earned the name ‘Miss Barbizon’.

Jill had resolved to step into the entertainment industry and thus, relocated to California to commence her career in modeling. In 2003, she landed up as a cast member of the MTV series Punk’d’. The show was created by Jason Goldberg and Ashton Kutcher. It featured practical jokes, filmed by hidden cameras. She featured as ‘Field Agent’ in the show and appeared in six of its episodes, taking part in around a dozen of its sketches. Following this exposure, she featured in the British men’s magazine ‘Stuff.’ She achieved another feat when the international men’s magazine ‘Maxim’ ranked her number 90 on its list of ‘Hot 100 Women of 2004’.

In 2004, she appeared in three television series. These include an episode of the comedy-drama ‘Monk,’ titled ‘Mr. Monk and the Employee of the Month,’ which aired on August 6; two episodes of the drama ‘Dr. Vegas,’ titled ‘Dead Man, Live Bet’ and ‘All In,’ which aired on October 8 and October 15 respectively; and an episode of the sitcom ‘Quintuplets,’ titled ‘Thanksgiving Day Charade,’ which aired on November 24. Then, from 2005 to 2011, she featured in various TV advertisements, as the spokesmodel of ‘Mercury,’ a brand of the multinational automaker ‘Ford.’ Such ads, of the now-defunct band, led her to be known as ‘The Mercury Girl’. The 2005 American comedy-drama film ‘Junebug,’ starring Embeth Davidtz, Amy Adams, Scott Wilson, and Benjamin McKenzie, featured her in the bit role of Millicent.

She landed up with the role of ‘Krista Starr,’ one of the main characters in the American live-action superhero TV series ‘Blade: The Series,’ which aired on ‘Spike TV,’ from June 28, 2006, to September 13, 2006. That year, she appeared on the now-defunct UK monthly lifestyle magazine for men, ‘FHM,’ in the July issue of its American publication. She played ‘Larrin,’ a leader amongst the ‘Travelers’ in two episodes of the Canadian–American adventure and military science-fiction TV series ‘Stargate Atlantis’. The episodes, titled ‘Travelers’ and ‘Be All My Sins Remember’d,’ were aired on October 26, 2007, and January 4, 2008, respectively, in the fourth season of the series.

Although a few years old in the entertainment industry, she got her real breakthrough as the “on-location” presenter of the game show series ‘Wipeout,’ which premiered on ‘ABC’ on June 24, 2008. She remained the co-host of the show from its first to its fourth season. Also, again for its sixth and seventh seasons, encompassing 65 episodes. The show turned her into an ace co-host, garnering her immense recognition and popularity. ‘The Man in the Outhouse,’ the third episode of Season 4 of the popular American crime procedural drama ‘Bones,’ which aired on ‘Fox,’ on September 10, 2008, featured her in the role of ‘Holly Markwell’.

In addition, she landed up with the starring role of ‘Polly Watt’ in the American horror film ‘Splinter’. In 2009, she appeared in an episode of the American dance competition TV series ‘Dancing with the Stars,’ titled ‘Round Ten: Final Results’. Then, in 2011, she was seen as the co-host of the American news magazine TV show ‘Inside the Vault,’ in ten of its episodes. Moreover, that year, she was present as ‘Kate Argent’ in the American television series ‘Teen Wolf’. Seasons 1 and 4 of the series saw her in a recurring role, while she featured in a guest role in seasons 3 and 6, appearing in a total of 20 episodes. Moving on, she featured as ‘Sandy’ in the 2014 blockbuster American drama-thriller film ‘Road to Paloma.’

Apart from TV series and shows, she has also featured in several TV films. These include ‘Autumn Dreams’ (2015), ‘Christmas in the Smokies’ (2015), ‘Christmas Cookies’ (2016), ‘A Harvest Wedding’ (2017), and ‘Karen Kingsbury’s Maggie’s Christmas Miracle’ (2017). Since 2015, she has been hosting the original series ‘Handcrafted America,’ which airs on ‘INSP’.  Moreover, she appeared in an episode of the American reality television cooking competition ‘Hell’s Kitchen,’ titled ‘It’s All Gravy,’ in 2017. The upcoming Canadian action-thriller film ‘Braven,’ will see her in the role of Stephanie, wife of a major character, Joe Braven, played by Jason Momoa. Being an actress, she earns quite a good amount of money. The net worth of her is approximately $4 million. She has earned her net worth from her career as a successful actress. Also, the film ‘Splinter’ grossed $478,931 at the box office.

Jill Wagner is the wife of her longtime boyfriend David Lemanowicz since 8 April 2017. Her husband is a former pro hockey player and engaged in 2016. Before him, she had dated Jay Gordon from 2001 to 2005. In addition, in November 2019, she announces on social media that she and her husband are expecting their first child together and are due in April 2020. This is the first child for Wagner and the second child for Lemanowicz, who has a daughter Lija (born 2010). 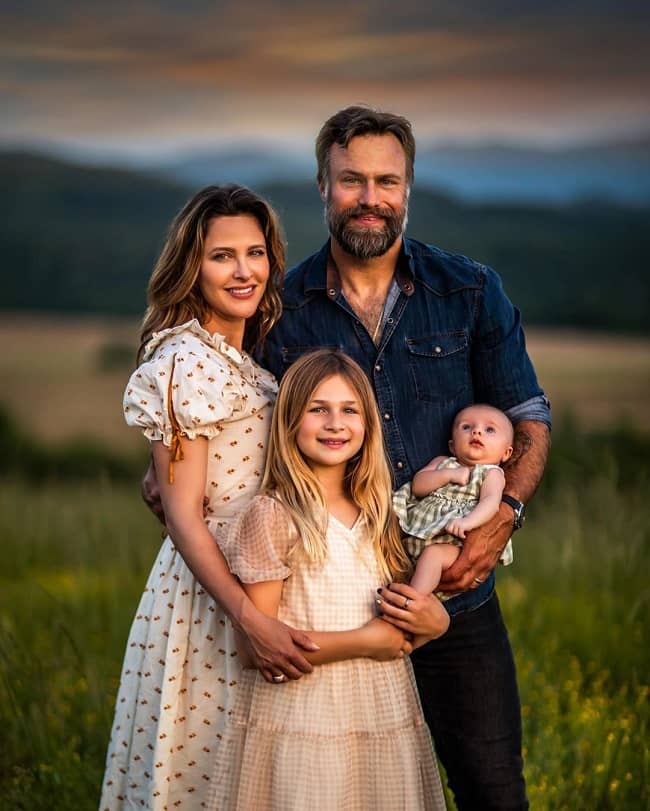 Talking about the actress’s body measurement, she has a height of 5 ft. 8 inches and weighs 53 kg. Also, Jill has hazel eyes and light brown hair. Her body measurements are 34-26-35 inches and her bra size is 34B. Moreover, she wears a dress size of 6 (US). As an actress, she has a well-maintained and athletic body type and a pretty face.