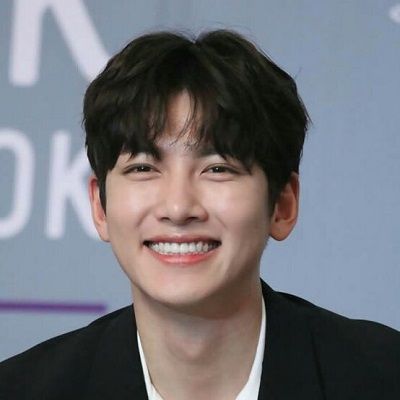 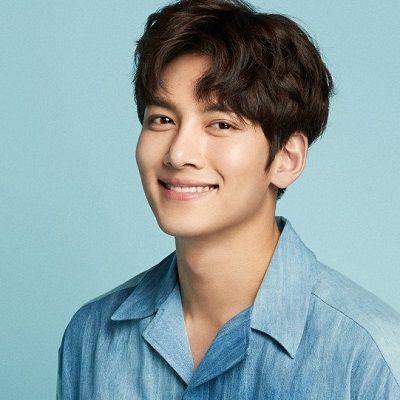 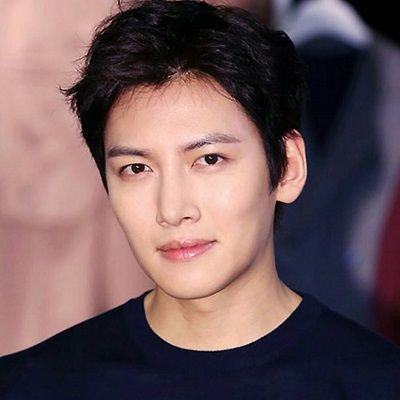 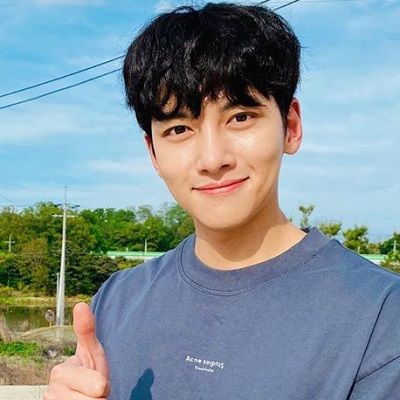 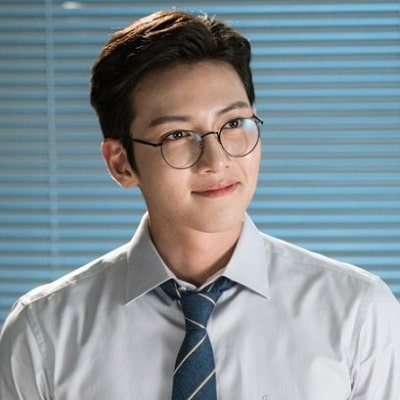 Ji Chang-Wook was born on July 5, 1987, and his age is 35 years old as of the year 2022. He is originally from Anyang, Gyeonggi Province, South Korea. Though Chang-Wook has not shared the names of his parents, he has featured his mother in his social media posts.

After coming to the limelight, Chang-Wook shared that he lost his father when he was still in elementary school. After the unfortunate incident, his single mother supported him while working in a restaurant.

The mother-son duo has a loving and affectionate relationship. Likewise, he is a single child and doesn’t have any siblings. He has also revealed that his mother was against his decision to become an actor after high school. His original dream was to become an engineer!

Talking about his educational background, he graduated from Shin Sung High School and went on to study at Dankook University with a major in the Department of Performing Arts. 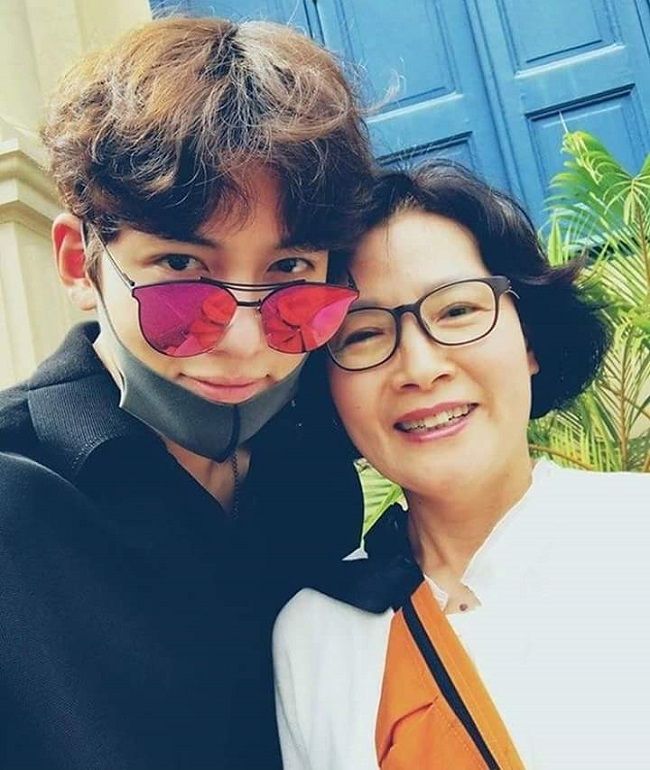 Caption: Ji Chang-Wook posing for a selfie with his mother. Source: Twitter

On 27 September 2016, Ji Chang-Wook appeared on the program Taxi. During his appearance in the program, he shared that the gift that he feels most proud to give his mother is cash. It is because she likes the cash best!

He also mentioned that he has paid off all the debts of his household and has now purchased a house for his family. However, the house is still in the lease.

Chang-Wook began his mandatory military service on 14 August 2017. Initially, he underwent basic training at the Army’s 3rd Infantry Division at Cheorwon, Gangwon Province and after completion, he received a prize for high performance.

Following this, he was assigned to the Army’s 5th Artillery Brigade at Cheorwon, Gangwon Province to complete the remainder of his military service. Chang-Wook was then appointed as a Platoon Leader and later received a promotion to a Corporal.

Again, he received the promotion as a Sergeant and was finally discharged on 27 April 2019.

There is no information regarding Ji Chang-Wook’s romantic relationship status. He is most probably more focused on his career as an actor, singer, model, and ambassador for various brands rather than involve in a relationship.

+Or it might also be the case that he has not publicly shared his romantic involvement to avoid any kind of rumors, scandals, and controversies that might hamper his steady career and public image.

Professionally, Ji Chang-Wook is an actor and singer. He gained immense fame after playing the lead role of Dong-hae in the daily drama series Smile Again. Since then, Chang-Wook has had roles in dramas like Warrior Baek Dong-soo and Empress Ki.

He has also worked on the popular television series Healer, The K2, Suspicious Partner, and the crime-action film Fabricated City. His most recent acting project is the drama series Backstreet Rookie.

For this project, Chang-Wook worked alongside actress Kim Yoo-Jung in the lead female role.

The Beginning of His Career

He started his acting career in musical theatre. Later, he went on to appear in the 2006 film Days… which was his onscreen debut. Following this, he appeared in the 2008 television drama You Stole My Heart in a minor role.

Moving on, in the year 2009, he starred in My Too Perfect Sons. It is a weekend family drama. Likewise, for this series, he played the timid, sissy youngest brother who ends up raising his best friend’s daughter while just turning 20 years old.

The same year, he played the role of Park Jun-hyeong, a supporting role in the film Hero. It is an action-comedy series. 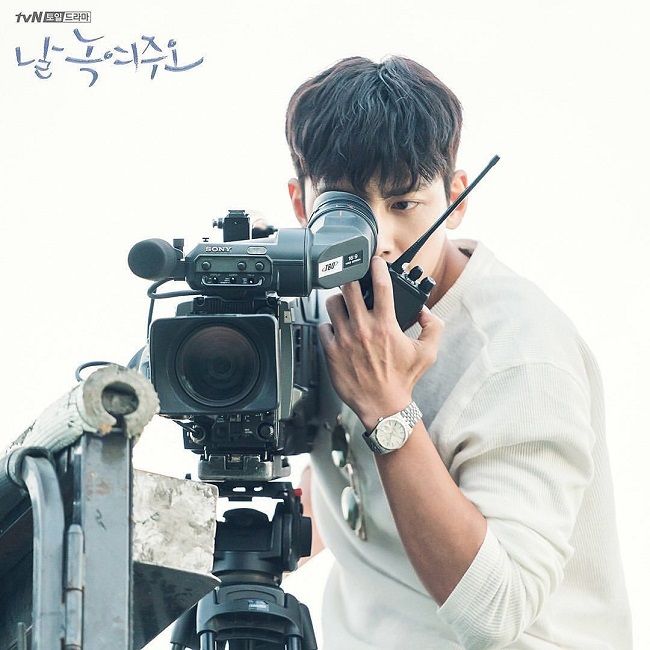 Caption: Ji Chang-Wook working on the set of filming a drama. Source: Instagram

In the year 2010, he won his first starring role in the daily drama Smile Again. This series had 159 episodes and in this, he played the role of a Korean-American short-track speed skater.

For his role as Carl Laker / Dong-hae, Chang-Wook trained four to five hours daily at the ice rink. Moreover, he received the award for “Best Actor in a Daily Drama” at the KBS Drama Awards for this role.

He went on to star in the 2011 action historical drama Warrior Baek Dong-soo in the year 2011. This drama series was adapted from Lee Jae-he’s manhwa Honorable Baek Dong-soo. Lee Hyun-jik and Kim Hong-sun directed the series which aired in 2011 from July to October.

Likewise, the story is originally about the Joseon-era swordsman Baek Dong-soo. In the original story, Baek shows his growing years until political intrigue creates a rivalry with his childhood best friend-turned-enemy.

Moreover, he bagged the “New Star Award” at the SBS Drama Awards for his role in this drama.

The same year, he featured in the cable drama Bachelor’s Vegetable Store as the character Han Tae-yang. This drama’s story is based on the true success story of Lee Young-Seok.

He is a young man who turned a tiny 350-square-feet vegetable store in 1998 into a nationwide franchise with 33 stores.

Choi Hyeong-hun directed this series and its story revolves around a pianist’s revenge on a family that tried to destroy his dreams.

In the year 2013, he returned to the musical theater playing for The Days. He played the role of a presidential bodyguard who went missing 20 years ago along with a mysterious female companion.

This theatrical performance was a jukebox musical using the folk-rock songs of Kim Kwang-Seok.

Despite his numerous involvements in TV shows and films, he had his breakthrough only when he played in the historical drama, Empress Ki. His role in this series was Toghon Temür, also known as Ta Hwan. His character is the 16th emperor of the Yuan Dynasty. 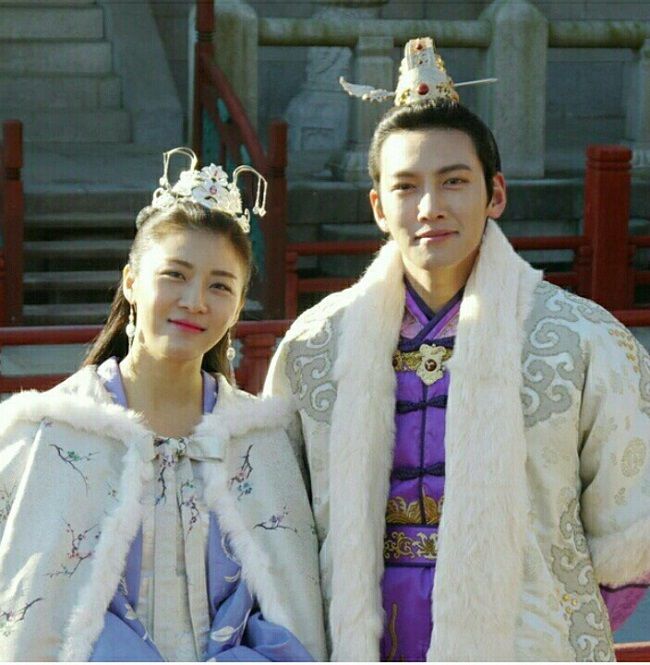 Caption: Ji Chang-Wook and Ha Ji-won in a scene of the drama Empress Ki. Source: We Heart It

The portrayal of the young king left a strong impression on both critics and the audience. Hence, he earned critical acclaim and increased recognition through this role. Moreover, several countries broadcasted this series like Vietnam, Poland, and Sri Lanka.

After his breakthrough role in Empress Ki, he played the lead role of Seo Jung-hoo / Park Bong-soo / Healer in the 2014–2015 drama Healer. It is an action thriller for which he took martial arts lessons for his role as a mysterious errand guy.

He also gained popularity in China and other Asian countries through this series. Later, he also part-took in Mandarin-language dramas like The Whirlwind Girl 2 and Mr. Right.

In the year 2016, he starred in The K2 in the title role of Kim Je-ha / K2. His character is a bodyguard who gets betrayed by his fellow countrymen and falls in love with a girl with PTSD and apparent sociophobia.

Then in November 2016, he co-starred in the promotional web drama First Seven Kisses for Lotte Duty-Free.

In the year 2017, he starred in the action film Fabricated City, playing the role of a jobless game addict who becomes a framed murderer. The same year he starred in the romantic comedy/thriller Suspicious Partner as a prosecutor.

Then in 2019, following his discharge from the military, he appeared in the romantic comedy-drama Melting Me Softly. He plays the role of a television producer who finds himself waking up 20 years following a human freezing project.

The most recent project is the 2020 romantic comedy-drama Backstreet Rookie. He stars alongside Kim Yoo-Jung in the drama based on the webtoon of the same name. His role is a young former public relations director who ends up managing a convenience store.

Besides numerous TV series projects and films, he is also featured as the first Korean actor named in Calvin Klein‘s 2020 global campaign. 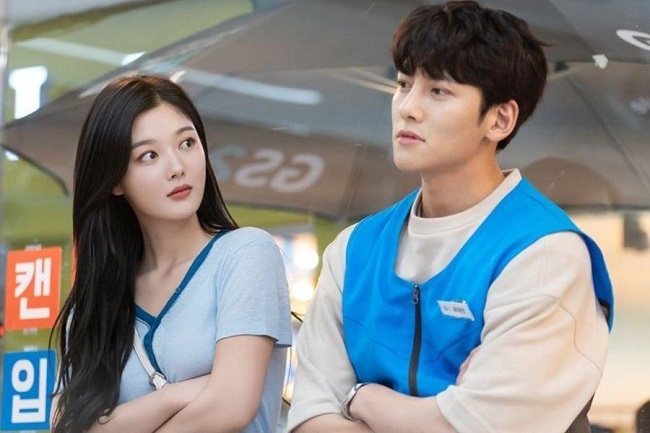 Talking about his social media presence, he joined Twitter in May 2010 and has earned over 254.2K followers on his @Jichangwook account. Likewise, he goes by the username @jichangwook on Instagram.

Ji Chang-Wook stands tall at a height of 5 feet 10 inches or 1.78 meters and weighs around 65 kgs. Other than this, there is no information about his other body measurement details like chest-waist-hip measures, dress size, shoe size, biceps, etc.

Likewise, he had black hair and dark brown eyes.