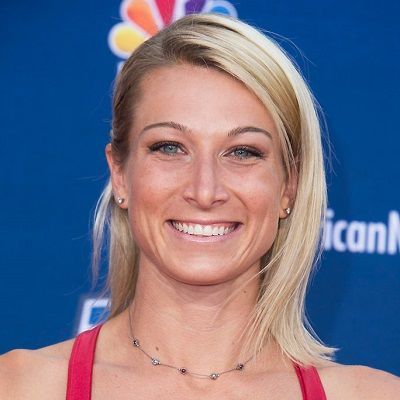 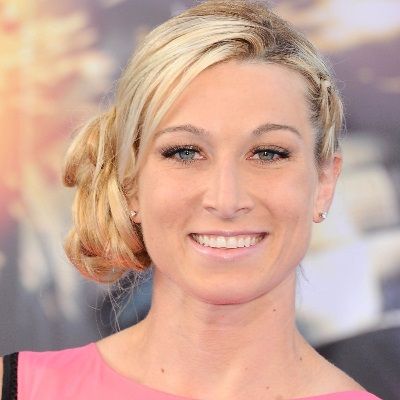 Jessie Graff is an American gymnast, stunt woman, and Television personality. Jessie Graft is well known for her athletic achievements on the American Ninja Warrior. She gained popularity from her work in films like Live Free or Die Hard, X-Men: First Class, and Transformers: Revenge of the Fallen.

Jessie Graft birth name is Jessica Lauren Graff and she was born on January 12, 1984. She turned 38 years old this year. She was born in New York City, United States. Graff was born to Ginny MacColl and Tom Graff. She later lived in Maryland, Georgia, and California. 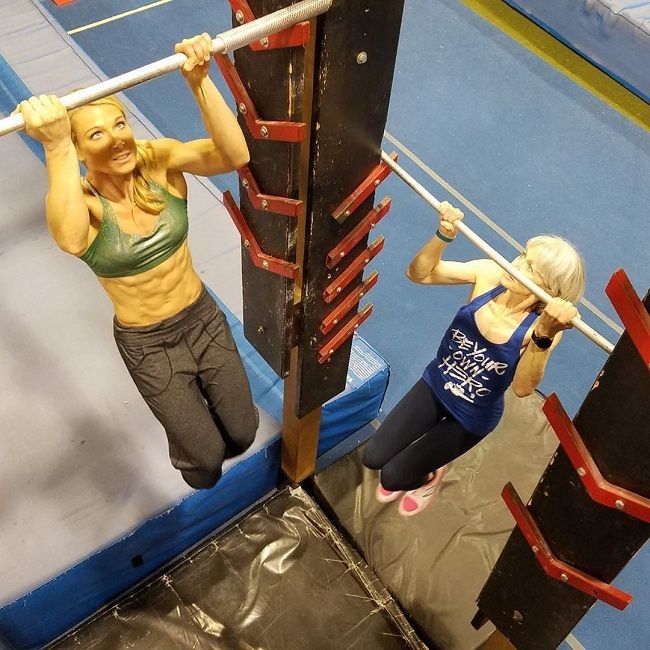 Caption: Jessie Graff and her mom practicing for the world championship. Source: Instagram

Graff at the age of 6, started taking circus classes. Likewise, she started doing gymnastics at the age of 9. Furthermore, she did competitive gymnastics for six years. She was a member of the Frederick Gymnastics Club for 6 years and by the age of 12, she was catching other performers on the trapeze. She has stated about her time as a 12-year-old trapeze artist, “The rule was I wasn’t allowed to catch anyone who outweighed me by more than 20 pounds.”

She graduated from Urbana High School in the year 2002, as a Track Team Leader as well as an Honor roll student, and a member of the National Honor Society. Her school is located in Frederick, Maryland. She was also a pole vaulter back in high school. Likewise, she also earned a black belt in Tae Kwon Do, a black sash in Kung Fu, and is trained in five other styles of martial arts, high falls, wipeouts, sky diving, motorcycles, stunt driving, fire, wirework, and of course, flying trapeze.

Graff later enrolled at Georgia Tech where she majored in aerospace engineering. Furthermore, she also did theatre and graduated from the University of Nebraska-Lincoln (UNL) in the year 2007. Moreover, Graff held the pole vault record at Georgia Tech and the University of Nebraska. She was also 1.5 inches away from qualifying for the 2004 Olympic trials in this sport.

Jessie began her career as a stunt woman in 2007. She first started by appearing in TV shows and movies, such as Another Period, Bad teacher, Make It or Break It, Bridesmaids, Sons of anarchy, Knight and Day, John Carter, Leverage, and X-Men: First Class. Likewise, she did a variety of tricks, skills, and acrobatics which got her fame and popularity.

Moreover, she made a name for herself on Tv and became a well-known stunt woman. She earned massive fame for her appearance and athletic achievements on the obstacle course show American Ninja Warrior and Sasuke/Ninja Warrior franchise. Likewise, she became the first woman to represent the United States in the World Competition. 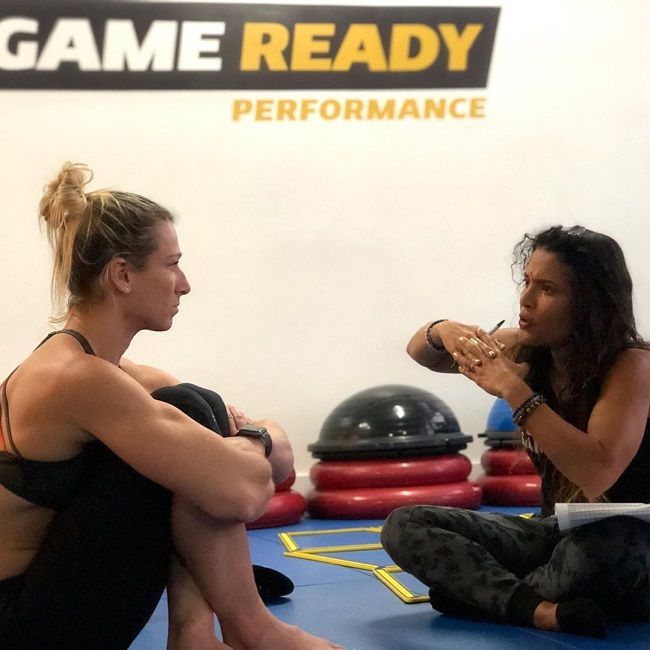 Caption: Jessie created a game plan for herself. Source: Instagram

Besides, she has won many competitions. She has her athletic apparel collection and she is sponsored by Kevin Planks Under Armour. More precisely, she has done tumbling on Make It or Break It, trampolined on Another Period, and has done many stunts on rooftops, the sides of bridges or buildings, and dramatic wipeouts.

She stated that she continues to learn new skills from other stunt people who specialize in different areas. Further, as of 2016, her most recent high-profile stunt work was for the CBS/CW series Supergirl as a recurring double and in 2018 she was the stunt woman for Wonder Woman 1984. Some of her other credits include G.I. Joe, Transformers, Die Hard, The Dark Knight, Agents of S.H.I.E.L.D, Leverage, and many more.

Similarly, she has even worked onscreen in her own right outside of stuntwork. In 2020, she became a Titan Warrior, a host of Titaness, for the NBC game show Dwayne Johnson’s The Titan Games, serving the West Region against show contestants.

Jessie has reached the peak of success in her career. She has successfully amassed a lot of awards and achievements. She has won four Commissioner’s, Honor Roll. Similarly, in 2013, she became the first woman to advance to a City Final in American Ninja WarriorSeason 5.

Likewise, in 2015, in season 7 of the American Ninja Warrior show, she again became the first woman to sit atop the leaderboard and the first to advance to the National Finals. Furthermore, she was also awarded the Action Icon Award for “Stuntwoman of the Year.”

Jessie, a professional stunt woman, and a TV personality, earns her money through her appearances in TV, films, and shows. She is estimated to have a net worth of around $3.5 million (as of 2019), earned mostly through her TV career. Furthermore, since she is at her career peak so she might receive around $200,000 salary per year.

Moreover, she also earns money from her athletic apparel collection. She possesses some expensive cars and houses and lives a luxurious life.

On April 12th, 2020, through her Instagram Live,  Graff announced that she was married. However, she has not revealed anything else about her spouse.

So far Jessie has managed to keep her private life off of the media. She has not flaunted her relationship status or any of her dating histories to the public. Moreover, her social media is also full of posts about her professional life.

At present, she lives in Los Angeles. Further, she hopes that she can be a positive influence and show girls and women all over the world that strong is beautiful. Moreover, she made American Ninja Warrior history when she became the first woman to complete the stage 1 obstacle course during the National Finals in Las Vegas in Aug 2016.

In 2020, she underwent stem cell treatment for her damaged shoulders and neck. This is expected to contrast with American Ninja Warrior (season 12), and The Titan Games Season 2, though that eventuality did not come to pass.

Further, she did TG2 without issue and entered ANW12 filming. ANW12 filming got interrupted by the 2020 COVID-19 pandemic, giving her recovery time from her medical treatment.

Jessie is a professional stunt woman and athletic personality with an athletic physique. She stands 5ft 8 inches tall and weighs 58kg. Additionally, she has blue eyes with blonde hair. 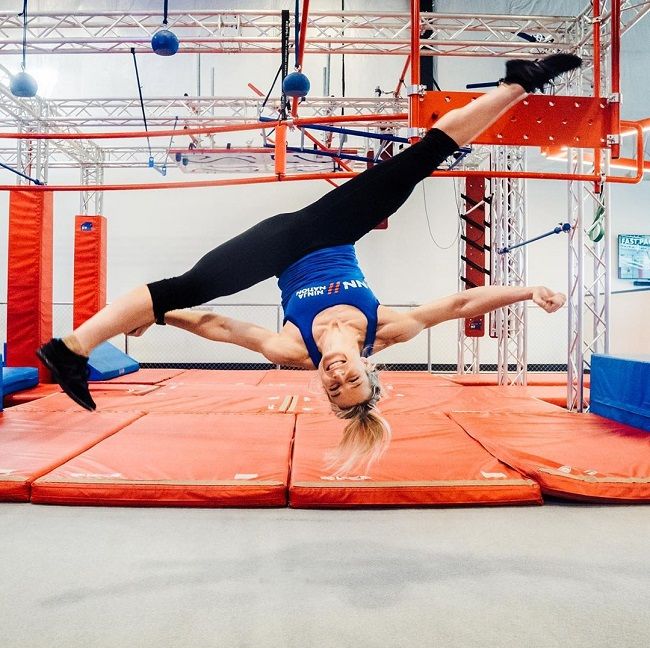