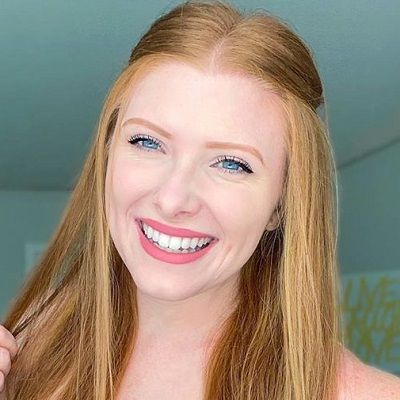 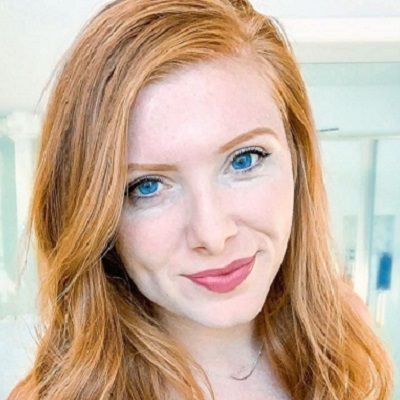 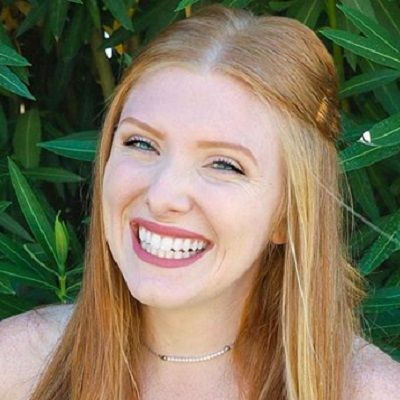 Jessica Skube is an American vlogger and the creator of the family ‘YouTube’ channel ‘JesssFam.’ Jessica Skube began vlogging during her first pregnancy. Her YouTube channel features vlogs of her daily life with her husband and seven children.

Jessica Skube was born on March 7, 1992, in Fresno, California, USA and her birth sign is Pisces. Currently, her age is 29 years old. Her mother’s name is Wendy Spurgat. Further, her father worked for long hours and would mostly be away from home. Jessica’s mother did not want her daughter to grow up in daycare. Thus, she decided to be a stay-at-home mother to take care of her daughter. And after two years, her mother gave birth to Jessica’s brother.

When Jessica turned 5, her mother found out that her husband was having an affair with another woman. Jessica’s mother decided to leave her husband. She moved to Modesto, the largest city in Stanislaus County, California. There, she married again. Jessica’s stepfather was very supportive and caring. She started learning ballet at the age of 7. She is a high school graduate. 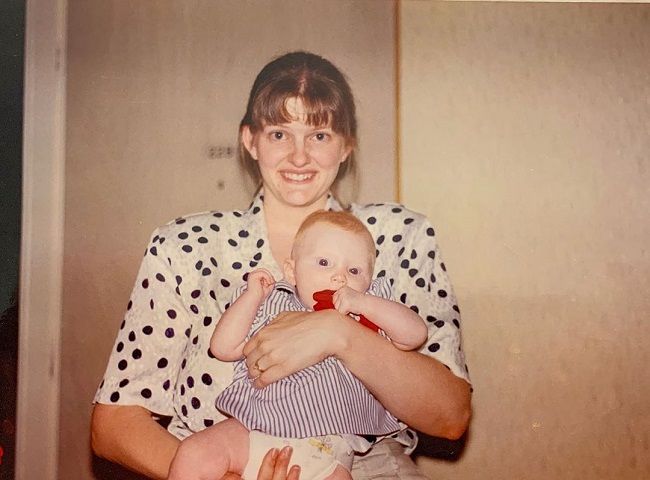 Jessica is a web star who has accumulated over millions of subscribers to her ‘JesssFam’ YouTube channel. Her YouTube channel features vlogs of her daily life with her husband and seven children. Her most popular videos include, ‘Natural Labor and Delivery of Twins!’, and ‘Dancing Into Labor!’

Jessica started blogging during her first pregnancy. She joined her ‘JesssFam’ YouTube channel on September 11, 2009. Her YouTube channel majorly contains pregnancy and motherhood-related content. She kept her followers updated about her pregnancies and documented each of her deliveries. Jessica has vlogged about her experience of teenage pregnancy, about motherhood, about her struggles of being a single mother, and about her troubled relationships.

She has posted a vlog on her drug-free labor and the vaginal delivery of her twins. She later included content apart from pregnancies and motherhood, such as tags, makeup tutorials, travel diaries, storytimes, and room tours. The channel contains videos of her wedding with Chris. Moreover, Jessica did a vlog with Gabe’s present wife, Amber, and even brought Chris and Gabe together for a vlog. Vlogging is now Jessica’s full-time job, through which she supports her family. And in 2017, Jessica created another channel, exclusively for her children and named it ‘JesssKids.’

In seventh grade, she met a boy named Gabriel “Gabe” Esquilin. She thought he was cute and his amazing dance skills made her fall for him. In the same year, Gabe asked her out, and they started dating. After three months of courtship, Gabe and Jessica moved to different high schools. It made impossible for them to meet regularly. However, they decided to make their relationship work.

And while in high school, they were in a long-distance relationship. Toward the end of Jessica’s freshman year, she met a man named Drake Roque. Since Jessica was already in a relationship with Gabe then, Drake did not ask her out despite having feelings for her.

By the end of her freshman year, Jessica switched her school to move to Gabe’s school. They started spending more time together. They were adorably known as the “cookie couple” as they shared cookies at lunchtime. Jessica began working as a dance teacher at a local dance studio and participated in a few beauty pageants too.

In October 2009, Jessica realized she was pregnant. She later found out that she was carrying a baby girl. She decided to name her child “Lily” but Gabe suggested “Lilia.” Jessica graduated two weeks before her due date. Further, on June 18, 2010, Jessica gave birth to her daughter, Lilia Jean.

After a few months, Lila was born, Jessica and Gabe broke up. Jessica began raising Lilia by herself. She underwent anxiety and depression. At the time when she went through a traumatic phase, she met Drake again. They began talking to each other. Jessica fell in love with Drake. They got married, and a few months later, Jessica conceived twins. Unfortunately, her marriage with Drake did not last long.

She then found out that Drake had been cheating on her when she was five months pregnant. Soon after they separated, and after a few months, on March 30, 2012, she gave birth to her twin boys, Kyson James, and Kaden John Roque.

Again, they got back together later and started living together too. Jessica got pregnant again, and on March 3, 2014, their third son from Drake, Landen Joseph, was born. By then, Drake and Jessica’s relationship had turned sour again, and they geared up for a divorce. They are still not in touch with each other, but Jessica still shares a good relationship with her ex-boyfriend, Gabe.

Drake has a child from his ex-girlfriend, Natalie Rose Brown, a daughter, Airabella Dawn “Bella” born on March 25th, 2015. Drake rarely ever sees his sons, Jess has said he has seen them a hand full of times a year and he and Jess are on bad terms.

She is able to earn fame and popularity as a YouTuber. She has always been careful and cautious about her actions which could spark rumors and controversy in an instant. Jessica has not made herself involved in any kind of controversial acts and has maintained a good profile.

After three months of courtship, she along with Gabe moved to different high schools. This made it difficult to meet regularly. However, they chose to make their relationship work. While in high school, the pair lived in a long-distance relationship. Approaching the end of her freshman year, she met a man named Drake Roque. Since she was already in a relationship with Gabe then, Drake did not question her out despite having feelings for her.

By the end of her freshman year, she shifted her school to move to Gabe’s school. They began spending more time together. They were adorably famous as the “cookie couple” as they shared cookies at lunchtime. Meanwhile, she started working as a dance teacher at a local dance studio and engaged in a few beauty pageants too. In October 2009, she realized she was pregnant. She got to know that she was carrying a baby girl. She determined to name her child “Lily” but Gabe recommended “Lilia.” Likewise, she graduated two weeks before her due date. On June 18, 2010, she gave birth to her daughter, Lilia Jean

Then Jess met Christopher Scott “Chris” Skube, who had two sons of his own from a previous marriage, Caden Joseph and Tommy Rae. Chris proposed to Jess on Valentine’s Day 2015 and they were married on August 8, 2015. On Easter 2016, they announced via YouTube video that Jess was expecting her 5th child.

Addelyn Jade “Addie” was born at home in the water on November 14, 2016 (a day after her due date) at 5:27 am weighing 7lb 11.5oz and was 18.5 inches long. Her gender was a surprise until birth and was announced on YouTube a few days later. Chris raises Jess’ boys as his own. In July 2018, Jess mentioned that Caden and Tommy’s mom had a baby girl. Jess and Chris have a really good relationship with Gabe and his wife, Amber and her son Logan. 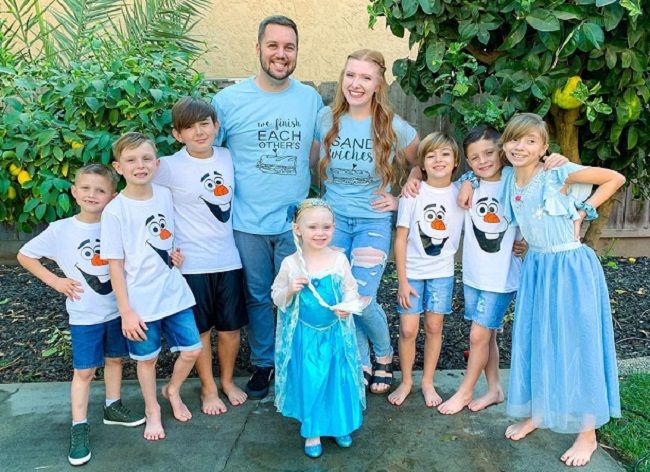 Caption: Jessica Skube clicking a picture with her husband and children. Source: Instagram

Jessica received the Shorty Award for Best in Parenting and Family in May 2019. Jessica has a channel just for herself called “Just Jesss” where she discusses things that aren’t exactly age-appropriate for JesssFam.

Her sons, Kyson and Kaden were once featured on a show for their video “Twins Notice Each Other For The First Time”. Jessica’s voice was illegally featured in Chapter 22 of Jane the Virgin where a woman is screaming in pain during childbirth. The voice is from her vlog where she gave birth to her twins.

Jessica is a pretty lady with an amazing personality. She has an average body figure. She stands at a decent height and has the perfect weight for her height. Jessica has been able to maintain a healthy body despite giving birth numerous times. She has blonde hair and pretty blue eyes. However, she has not shared any details regarding her body measurements.

Moving towards her net worth, without any doubt, she might earn a pocketful of money through her profession. She has not shared the exact information regarding her earnings and net worth. However, some online sources estimate her net worth at around $100K – $1 million.