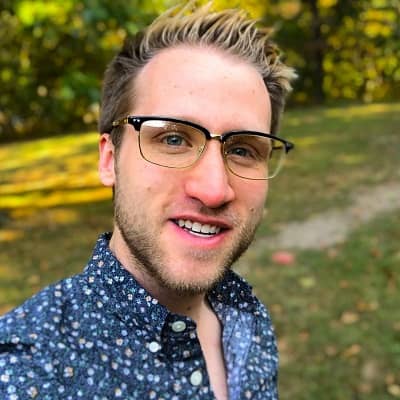 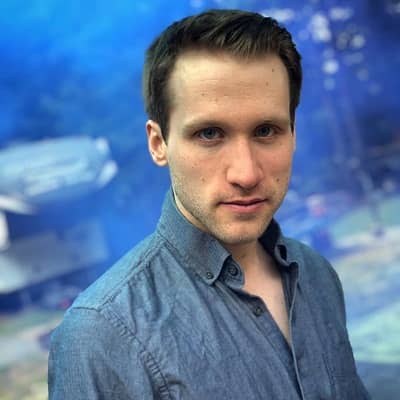 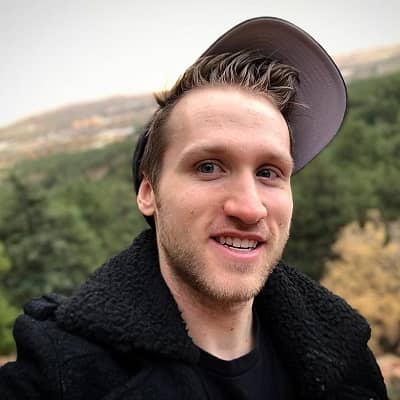 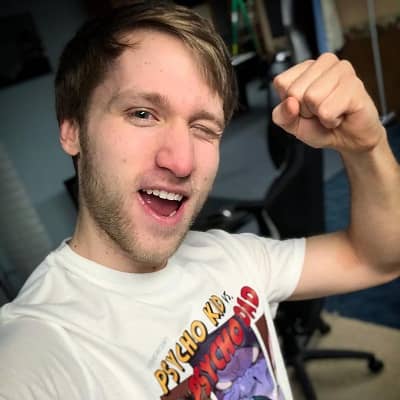 Jesse Ridgway was born on September 29, 1992, and he is currently 28 years old. He hails from New Jersey and his zodiac sign is Libra. Talking about his family, Jesse’s parents are mother Theresa and father Jeffrey Ridgway Sr. He also has an elder brother named Jeffrey Ridgway Jr. Jesse’s middle name is Tyler.

There isn’t much information after his birth, but Jesse has confirmed that the most traumatizing year during his childhood was when he was 8 years old in 2000-2001. Jesse had his feet burned when he walked through hot asphalt at that time. That same year, he was attacked by a savage Fred, one of his childhood dogs. Following these both events, Jesse was rushed to medics after suffering critical effects.

Moreover, Jesse had befriended Georgie Stahlberger sometime before 2002, where the two were seen in images with Georgie’s sister Emily. Before he got into YouTube, Jesse loved telling stories and played it out using his imagination and stuffed animals.

In the year 2010, Jesse became a graduate of Arthur P. Schalick High School. By June 2014, he graduated from Rowan University with a degree in Film/Radio/TV. However, he struggled to pay a debt of $70,000. Footage of his graduation celebration was seen in the skit Jesse Reaches 100,000 Gamerscore. 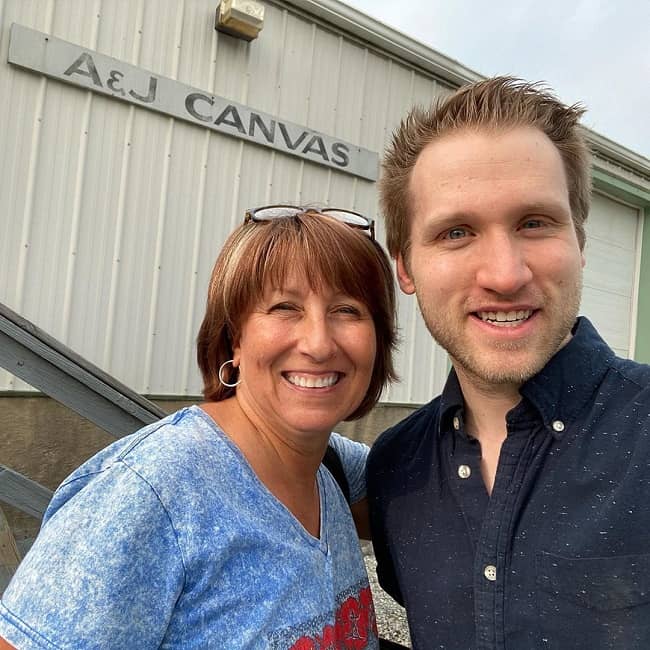 Caption: Jesse Ridgway posing for a photo with his mother. Source: Instagram

Professionally, Jesse Ridgway is popular by the online persona “McJuggerNuggets”. Jesse is an actor, director, writer, and YouTuber. He is a Twitch live stream partner and YouTube phenomenon who created “RiDGiD STUDiOS”. He has over 4 million subscribers on YouTube and his video “Psycho Dad Shreds Video Games” has garnered more than 30 million views. Moreover, he started uploading videos to YouTube back in December of 2006.

Additionally, Jesse as affiliated with the hashtag #PsychoStreamRaid which was trending in January 2015. He was also behind the viral video “Psycho Kid Ruins Thanksgiving.” Furthermore, he is an exercise junkie who has completed the “Insanity” program about 8 times. Jesse’s videos sometimes include other YouTubers like RackaRacka and Pickleboy.

Likewise, he is also the star and creator of the world-famous YouTube series The Psycho Series. Since the end of this series, Jesse has created many different series including the Devil Inside, The Spirit Of Ursula, and My Virtual Escape. Likewise, he along with fellow director Brain Spitz created the story sharing app Story Fire.

Jesse Ridgway started his YouTube channel, “McJuggerNuggets” on 9 December 2006. He then came up with the name “McJuggerNuggets” after using the washroom. Jesse’s debut video was Cops-The Untold Story, a halo video. It wasn’t until later that Jesse started to create skits.

Then back in 2006, Jesse uploaded comedy and gaming videos, mostly from Halo 2. And in the year 2008, he mostly uploaded comedic skits with his friends and family members. 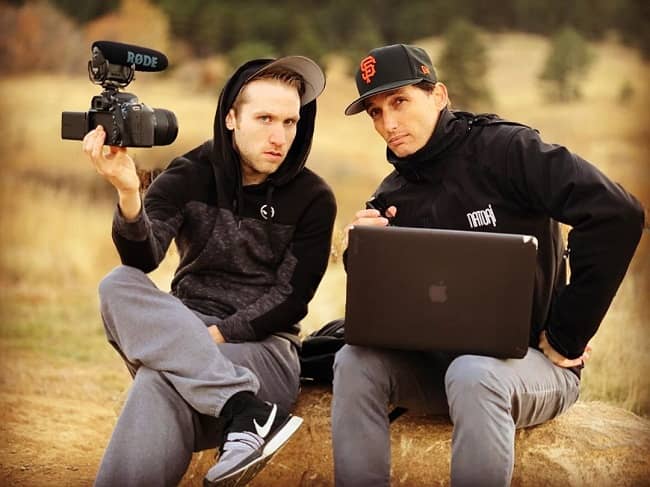 The first series that Jesse created was Overachievers, back on Valentine’s day in 2009. Likewise, he has also worked on several other series like The G.A.M.E. & Rule 19. Moreover, he rose to prominence when he began creating and directing the Psycho Series playing the role of the titular protagonist.

After flying to Switzerland with his family to film the Psycho Series finale, Jesse filmed a mini-series titled C-R-I-S-I-S. It was to essentially portray the Juggies. Likewise, he wrote the series in less than a day and made it sixteen episodes so that it would lead up the day in which he went to Vidcon.

Other series that Jesse created and directed on his Youtube channel include The Spirit of Ursula Series, COLLAB SERIES, CHRISTMAS SERIES, THE DEVIL INSIDE SERIES, MY VIRTUAL ESCAPE, THE GROWTH OF STORY FIRE SERIES, etc.

Jesse Ridgway is currently in a romantic relationship with a girl named Ashley (@ashreneemay). The couple recently celebrated their first anniversary on 23 July 2020. Jesse shared an Instagram post commemorating this special occasion and wrote on his post:

It has officially been one year since asking you out on top of the Griffith Observatory in LA. And I honestly don’t know what I would’ve done without you. It has been absolutely INSANE. You’re my other half and I can’t wait for more adventures. ❤️ I’ll save the juicy stuff for IRL. Love you, babe. Happy Anniversary!

Prior to this, Jesse started dating Juliette Reilly in September of 2013. But they, unfortunately, parted ways in the year 2018 after being together for 5 long years. 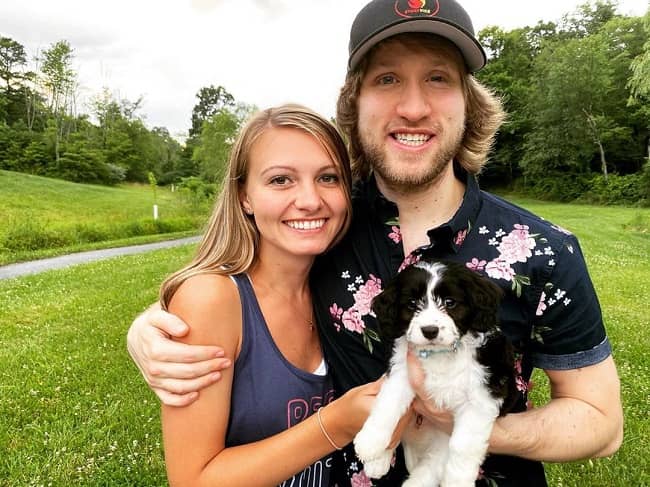 Caption: Jesse Ridgway posing for a photo with his girlfriend Ashley and their new pet dog Jenny. Source: Instagram

Talking about his social media presence, Jesse Ridgway joined Twitter in October 2011 and so far has over 421.2K followers on his @mcjuggernuggets account. He goes by @mcjuggernuggets on Instagram. This account boasts 793 posts shares and over 390k followers at the time of writing this biography.

Likewise, he created his Youtube channel on December 9, 2006. So far, this channel has earned over 1.8 billion views and 4.02 million subscribers. He also has several other Youtube channels including “Jesse Tyler Ridgway”, “RiDGiD STUDiOS”, and “RiDGiD GAMiNG” among others.