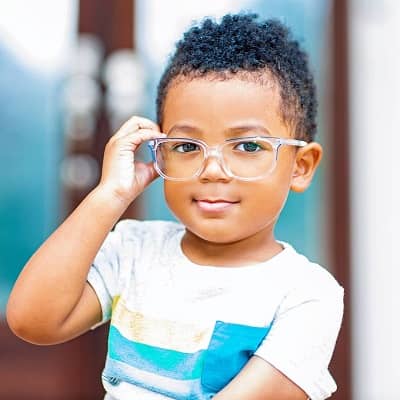 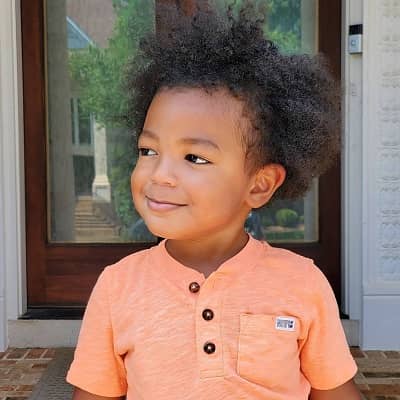 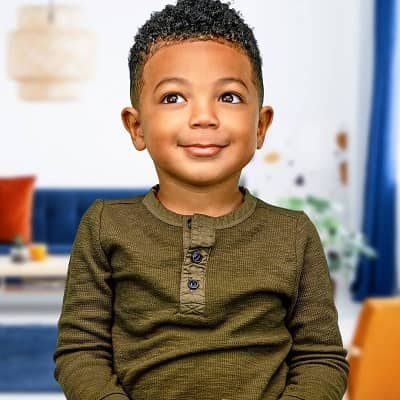 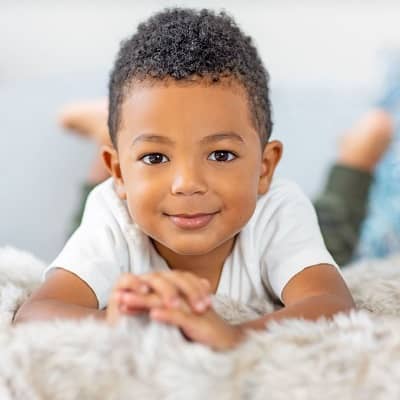 Jersey McClure was born on November 20, 2017, and he is currently 3 years old. His full name is Jersey Tayo McClure. Talking about his family, Jersey’s mother is Aminat “Ami” Dunni, and his father is Justin McClure. He also has two older sisters namely Ava and Alexis. They are popular as the McClure Twins.

His father Justin is actually the twin’s step-father who adopted them in the year 2016 following his marriage with their mother in 2015. Further, his father is a comedian and writer turned photographer whereas her mother is a social media sensation herself. Jersey graduated from Toddler room and he will be joining Pre-primary next year as per the Instagram post on 15 June 2020. 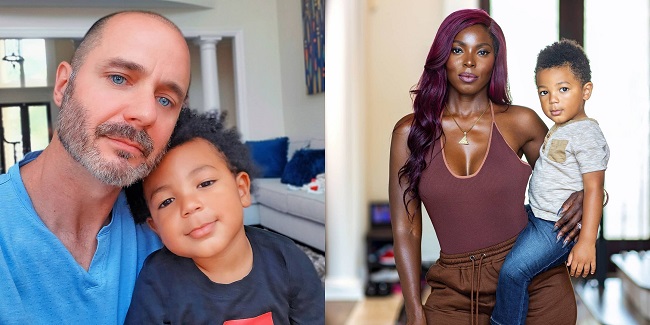 Caption: Jersey McClure posing for a photo with his parents. Source: Instagram

Professionally, Jersey McClure is a social media sensation. He skyrocketed to fame as the younger brother of the McClure Twins, Ava, and Alexis. He and his family star on their McClure Family YouTube channel.

Likewise, Jersey made his internet debut via his Instagram account in December 2017. His parents monitor his social media profile. Moreover, his debut photo was captioned “My first photo. I’m 2 weeks old.”

Furthermore, his Instagram username is @jerseytayomcclure. This account has more than 210,000 followers at present. Also, his sisters were interviewed by Robin Rene Roberts on Good Morning America.

Some popular videos with over 3 million views on the “McClure Family” Youtube channel are TWINS STYLE EACH OTHER’S HAIR (By Themselves)! with 6.3 million views, and WILL OUR KIDS GO WITH A STRANGER? SOCIAL EXPERIMENT with over 5.2 million views.

Moreover, Jersey also has his own Youtube channel. The popular videos with over 600k views each are titled How Can A 2-Year Old Be This Smart? with 696k views; We Left Him Alone And This Happened! with 744k views; I Miss My Dad with 788k views; Don’t Wash My Hair! with 953k views, and BIG BABY rides BIG roller coaster with 1.1 million views. 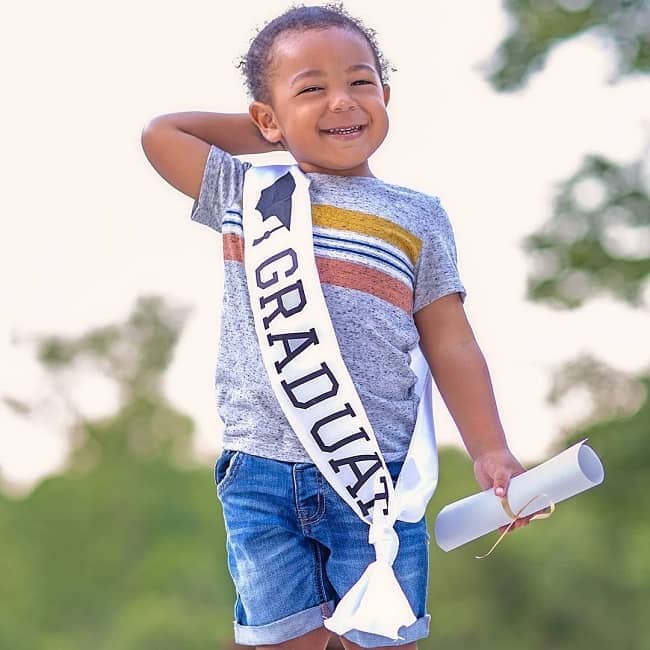 Caption: Jersey McClure posing for a photo after graduating from the Toddler Room. Source: Instagram

Talking about Jersey’s siblings’ professional life, his sisters are also Instagram stars. They are also popular on Youtube. Alexis and Ava star alongside each other in their parent-run accounts called “McClure Twins” on several social media platforms. Both McClure Twins and the other twins Tess & Sarah are popular on Instagram.

Likewise, McClure Twin’s debut Youtube video on the family channel is titled Dad tells twins to get a job uploaded back in January 2015. Further, their family channel is more vlog style, based on reality, and leans more to women’s audience with sprinkled life lessons and good parenting.

The McClure twins have also appeared on Good Morning America in 2016 where Robin Rene Roberts interviewed the young twins. Likewise, the twins are also a Forbes Top Kid Influencer in the year 2017. They were also named the youngest members on this list. They also received nominations for the Shorty Awards and became the finalist. They have also been featured on CBS.

Additionally, the twins walked in the Rookie USA fashion show during New York Fashion Week in the year 2017. Since then, the young twins have modeled for brands like Levi Strauss & Co., Converse (shoe company), Hurley International, Air Jordan, and Nike, Inc. among others. 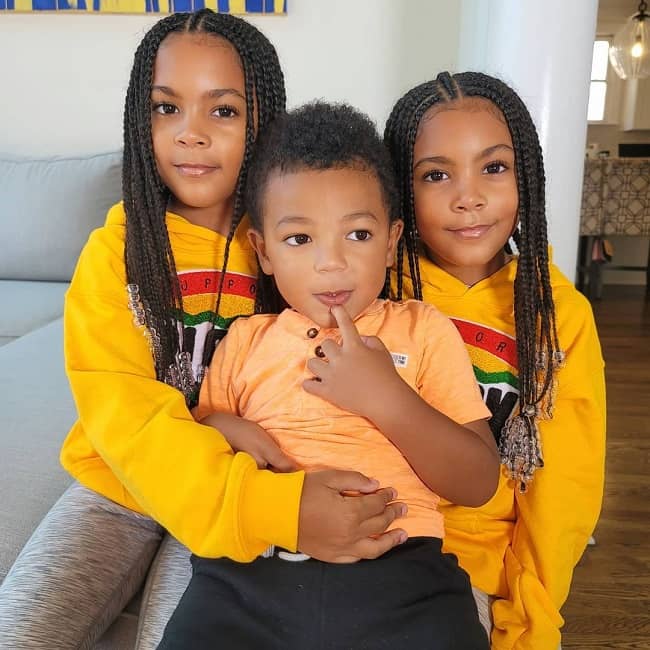 Caption: Jersey McClure posing for a photo with his twin sisters Alexis and Ava. Source: Instagram

At such a young age, Jersey McClure is obviously single. However, he is sure to attract many lovers in his future with his talents, charms, and humor. Talking about his parent’s relationship details, Ami and Justin McClure met each other in Washington Heights, New York City when a guy attempted to hit on her. Justin intervened by pretending to know Ami.

Later, Jersey’s parents tied the knot in July 2015 and Justin adopted the twins shortly thereafter in the year 2016. Prior to his mother’s marriage with Justin, she was already a mother of the twin girls Ava and Alexis. They were born on July 12, 2013, one minute apart.

Jersey McClure’s body measurement details are not available at the moment. The young star’s height, weight, dress size, shoe size, chest-waist-hip measures, etc are all unavailable right now. In a video titled Jersey’s Big Life Update!
uploaded on 3 October 2020, his parents have mentioned that he has always been 95% height/weight.

Nevertheless, as he is just a very young kid, Jersey’s body measurement stats shall keep changing for several more years to come. The young champ is still in the phase of development and growth and hence his data will keep changing for a long time to come. Likewise, Jersey has beautiful dark brown eyes and curly hair of the same color. 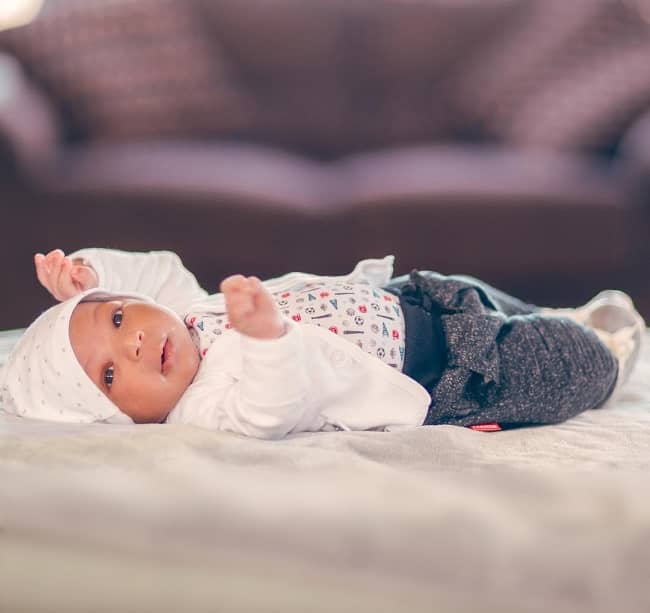 Talking about his social media presence, Jersey McClure has his personal accounts on Youtube and Instagram. Since he is such a young aged man, his parents handle his social media accounts till he is of appropriate age to do so himself without the need to monitor.

Likewise, Jersey goes by @jerseytayomcclure on Instagram. This account boasts 354 posts shares and more than 218k followers at the time of writing this biography. He also has a separate Youtube channel called “Playtime with Jersey”. This channel has over 189K subscribers and 21.8 million views since its creation on February 11, 2019. We can also contact him at [email protected] for more details.