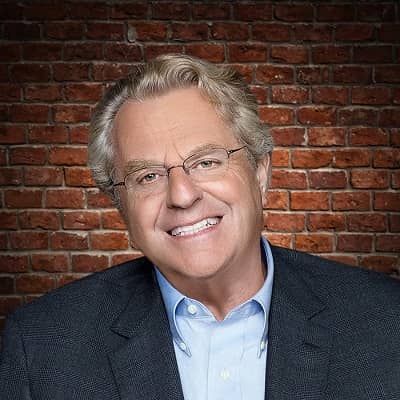 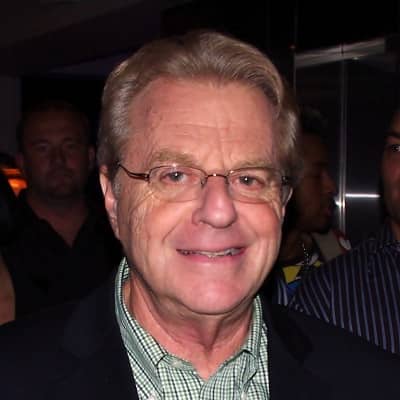 Jerry Springer is prominently known as a British-American television judge, comedian, broadcaster, journalist, and actor. Not only this, but Jerry Springer is also a producer and a former lawyer and politician by profession as well.  Also, he is famously known for this show named, The Jerry Springer Show. Let us know more about the multi-talented personality’s personal as well as professional life.

The birthname of Jerry is Herald Norman Springer. He was born on February 13, 1944. As of now, he is 77 years old. The famous personality, Jerry’s birthplace is in Highgate, London, England. And, he belongs to American and British nationality. Nevertheless, his ethnicity is not available. Based on his date of birth, his zodiac sign is Aquarius.

Moreover, he was born to Margot and Richard Springer. Margot is a bank clerk whereas Richard Springer is an owner of a shoe shop. As a sibling, he has one. And the name of his sibling is Evelyn Springer. When he was four years old, Springer emigrated with his parents to the United States in January 1949. They settled in the Kew Gardens neighborhood of Queens, New York City.

Talking about his educational background, he joined Forest Hills High School for his high school studies. In the year 1965, he received a B.A. degree from Tulane University by majoring in political science. Later on, he also earned a J.D. degree from Northwestern University in 1968.

After his graduation, Jerry worked on the presidential campaign of Robert F. Kennedy. Since the year 1970s, he embarked on his political career in Ohio. He served on Cincinnati’s city council. In the year 1977, he got elected mayor of the city, Cincinnati. Also, he made a failed bid for the Democratic nomination for governor of Ohio. Later on, he turned to television journalism. Though he started his career in journalism, he remained interested in politics. To run for the U.S. Senate, he considered a return to the political arena in 2004. 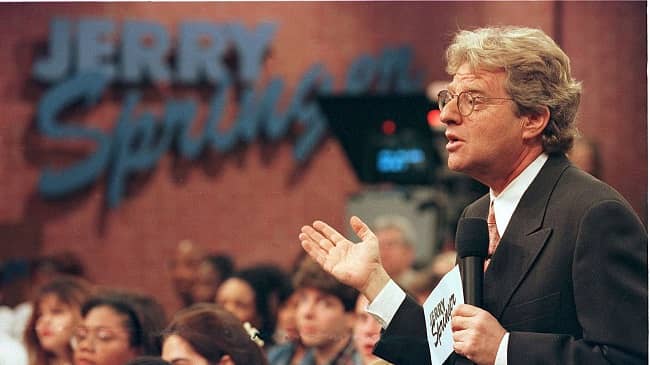 At the beginning of the 1980s, he started serving as a reporter at a local television station. Afterward, he became an anchor and also was the recipient of seven Emmy Awards for commentaries during his tenure. In the year 1991, he began involved in different talk shows. And his debut talk show was The Jerry Springer Show.

In the year 1988, he worked in the movie, Ringmaster. The movie was based on a Springer-Esque television show. Furthermore, his movies include Citizen Verdict (2003) and The Defencer (2004). Surprisingly he has already won 10 local Emmys for his work.

As a host, Jerry worked in shoes such as America’s Got Talent in 2007–08 and the 2008 Miss Universe Pageant. And, he gave his appearance as Billy Flynn in the London production of the musical Chicago in 2009. In the year 1998, his autobiography named, Ringmaster!  was published. It was written by Laura Morton.

As of the latest research of 2021, his estimated net worth is around $60 million. Likewise, he can earn more or less $8 million as his annual salary. His primary source of income is his profession as a talk show host, politician, and actor.

Due to the involvement in controversy, Jerry, unfortunately, has to resign from the council in 1974. However, he regained his seat at the next election.

Secondly, Jerry’s show, The Jerry Springer Show, was condemned by many political and community leaders as “trash TV”. Moreover, there were allegations that parts of the program were staged. Despite such controversies, the show could successfully prove popular with television viewers.

Talking about Jerry’s personal life, he was a happily married man previously. He had tied the knot to Micki Velton on June 16, 1973. The couple had dated for a quite long time before getting married. After a certain time of their marriage, the couple had their first child.

Likewise, the name of their first child is Katie Springer. Their baby girl was born in 1976. Sadly, Katie was born blind. The couple had stayed together for about two decades. However,  the marriage could not work out, and got divorced in 1994.  At present, his current relationship status is not known. Probably, he is single and not dating anyone presently.

The famous actor, Jerry stands 6 feet tall. On the other hand, his weight is approximately 79 kg.  He has blue-colored eyes. And, his hair is grey. However, his other exact body measurements such as his chest size, hip size, dress size, and shoe size are unavailable through any source of information. 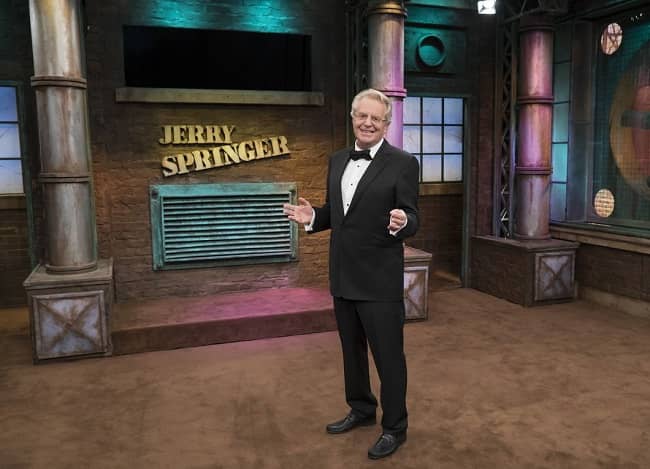