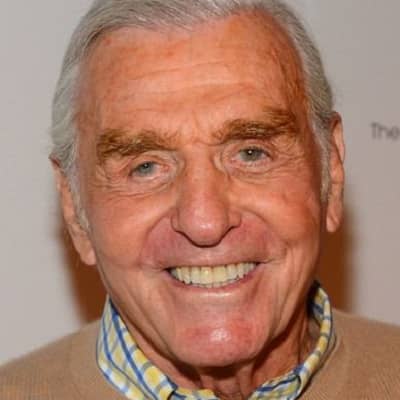 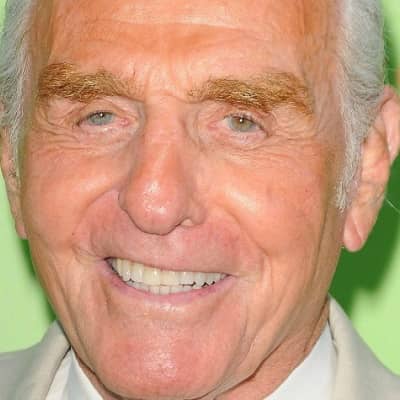 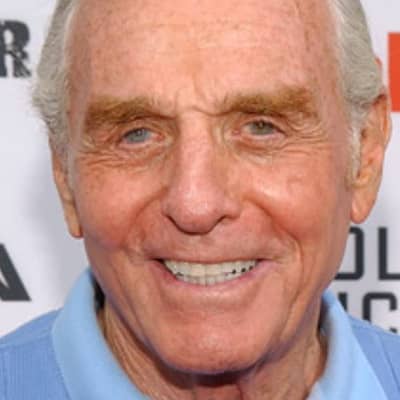 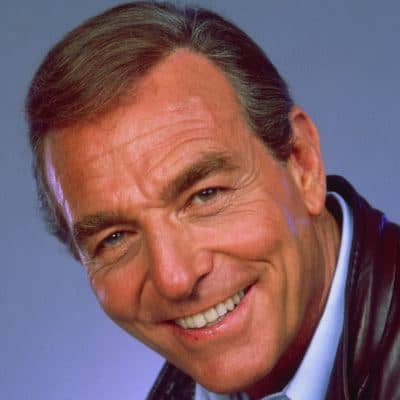 Jerry Douglas is a famous American TV and film actor. Jerry Douglas is popular for appearing in “The Young and the Restless”, “Mission: Impossible”, and “The Feather and Father Gang” among others.

Jerry Douglas was born on November 12, 1932, and he is currently 88 years old. His birth name is Gerald Rubenstein. Jerry hails from Chelsea, Massachusetts, United States, and his zodiac sign is Scorpio. Talking about his family, Jerry comes from a Jewish family. Jerry’s parents are immigrants from Eastern Europe.

Growing up in Chelsea, Jerry attended Brandeis University. He went there for a degree in economics. Later on, Jerry gave up his education after 8 months in law school in Boston. Subsequently, Jerry auditioned for acting roles. However, Jerry lacked training and this frustrated him. This resulted in Jerry moving to California. 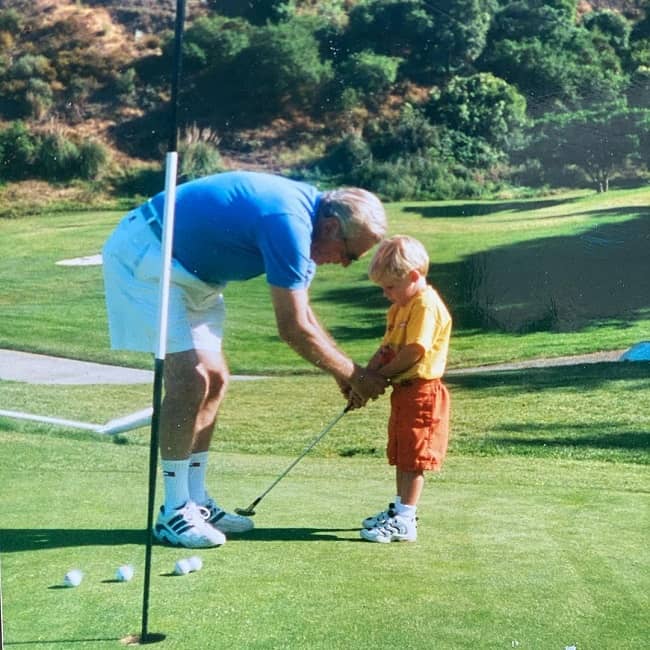 Caption: Jerry Douglas and his son Hunter in an old photograph. Source: Instagram

Professionally, Jerry Douglas is a TV and film actor. Jerry appeared in The Young and the Restless as the patriarch John Abbott from Genoa City. He was in this series for 25 years. Then in the year 2006, Jerry’s character was killed off. Despite this, Jerry made special appearances since then.

Moreover, Jerry settled in the San Fernando Valley. There, the actor sold insurance by the day. At night, the actor took acting classes. Despite his struggles, Jerry received encouragement after his appearance in the play John Brown’s Body.

Throughout his career, Jerry often portrayed the role of a villain in shows like Mission: Impossible and The Feather and Father Gang. After 25 years on The Young and The Restless, Jerry existed the show in March 2006. His character in his show was involved in the Tom Fisher murder case. The actor shared that the former head writer, Lynn Marie Latham, couldn’t understand why a man would run a cosmetics company and so ended his character in the show.

After recurring on this show for the next few months, Jerry was put back on contract with the show. It was in June of the same year. This contract was so that Jerry could play his now-deceased character’s ghost. However, the actor left the show for good on August 18, 2006.

Moreover, in March 2008, Jerry started to appear as Alistair Wallingford. Alistar is a new character. He is a drunken hack actor involved in a gaslighting plot. Previously, in 2007, Jerry released a CD titled The Best Is Yet to Come. It is a collection of jazz standards that have been performed around the United States and Canada. 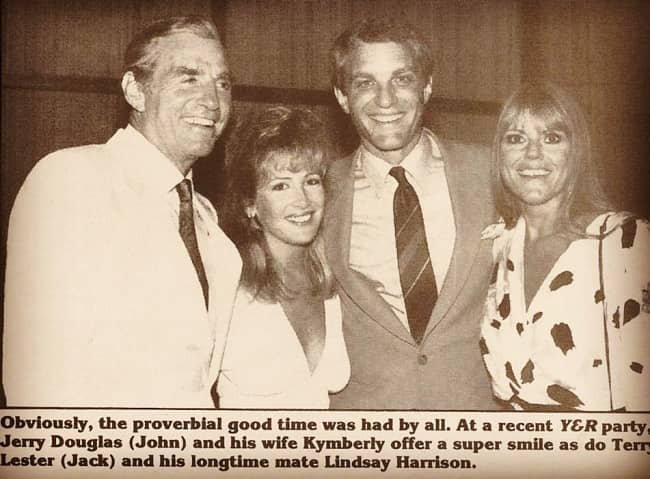 Caption: (L-R)Jerry Douglas and his wife posing for a photo with Terry Lester and Lindsay Harrison. Source: Instagram

After moving to California, Jerry Douglas met his 1st wife – Arlene Martel. They were married from 20 October 1962 to 1973. The couple had a young son by the name of Adam Palmer. They later welcomed two children namely Avra Douglas and Jod Douglas (AKA Jod Kaftan). However, at the time of Jerry’s career heights, Arlene decided to move herself and their two children to Carmel.

At present, Jerry’s wife is Kymberly Bankier. The two have been married since 6 April 1985. Jerry and Kym have a child named Hunter Douglas. Jerry and Kymberly met each other for the 1st time at a Muscular Dystrophy Association event. Furthermore, Kymberly is also an author, lifestyle & beauty expert, a cancer survivor, and a TV personality. 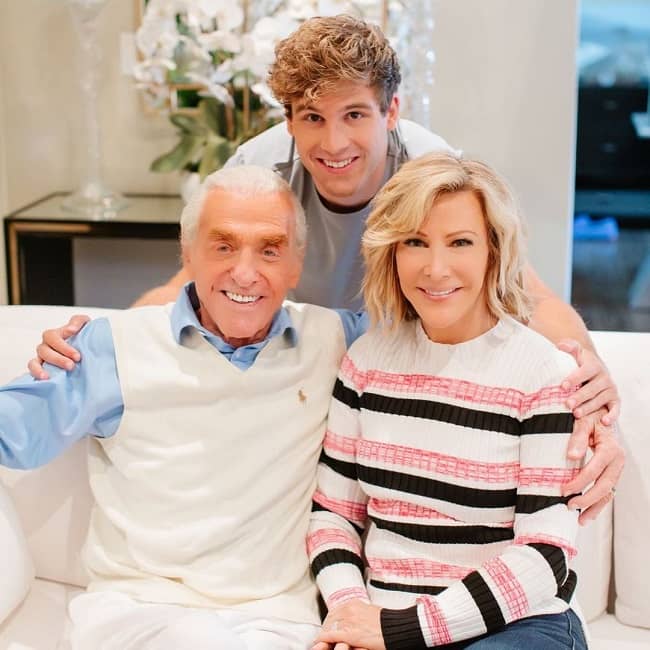 Caption: Jerry Douglas posing for a photo with his wife Kymberly and son Hunter. Source: Instagram

Jerry Douglas stands tall at an approximate height of 5 feet 11 inches or 1.8 meters. Other than this, Jerry’s other body measurement details like his weight, chest-waist-hip measures, biceps, dress size, shoe size, etc. Likewise, Jerry has blue eyes and blonde hair that has turned grey with aging.

However, the actor is not active on this account anymore since 2018. He is rather active on his other account @jerrydouglas46 that has over 1.1k followers. Jerry also appears in his wife’s Instagram posts on @kymdouglas. According to online resources, he has a net worth of around $5 million.