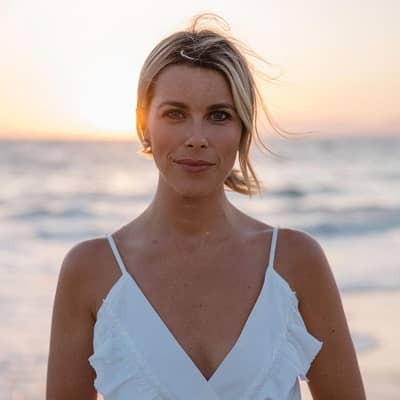 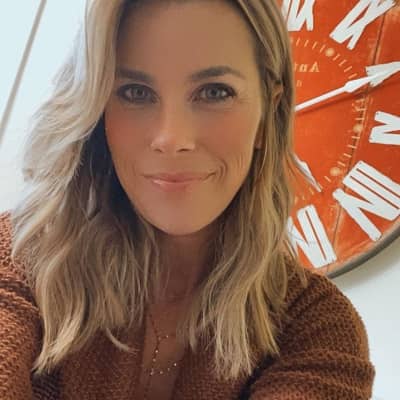 Jenny Taft whose full name is Jennifer Lind Taft was born on 5th September 1987 and is currently 33 years old. Being born in early September, her zodiac sign is Virgo.

Likewise, she was born in Edina, Minnesota, United States of America, and holds American citizenship.

Similarly, talking about her ethnicity and religion, she belongs to a Caucasian ethnic group and follows Christianity.

She is the daughter of John Taft and Mary Taft. Her father John is a hockey player and has also won NCAA titles as a member.

Similarly, her mother Mary is a speed skater. Likewise, she has one younger brother whose name is Charlie Taft. 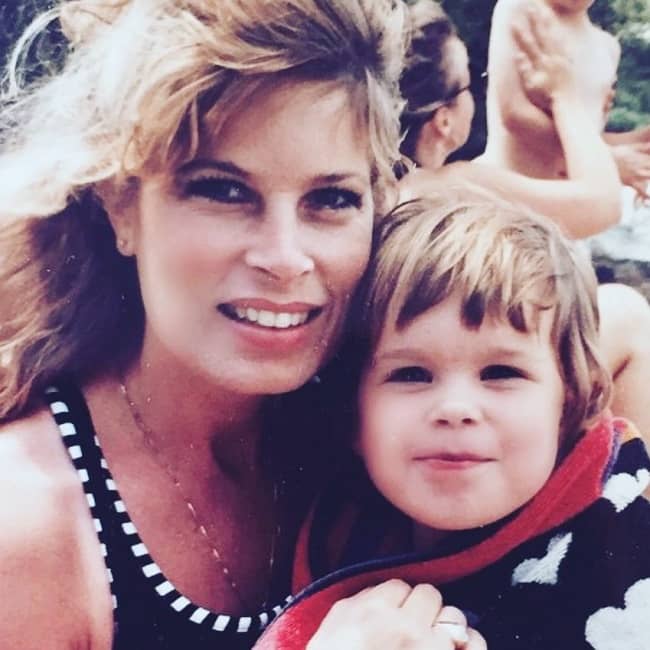 Caption: Childhood picture of Jenny with her mother. Source: Instagram

Ever since childhood, she has been active in sports and also used to participate in school sports. Moreover, she was the caption of her high school hockey team.

Furthermore, talking about her educational background, she went to Edina High School. Followed by this, in the year 2010, she graduated with a degree in Journalism from Boston University.

Regarding her relationship status, Jenny is straight and in a marital relationship. She is married to ice-hockey player Matt Gilroy.

They tied the knot on the year 2015 after dating for years. Similarly, his wedding was a private affair to which their close friends and family were invited.

Likewise, she has a tall and slender body type and her body measurement in vital stats is 35-27-35 inches.

Similarly, looking at her physical appearance, she has fair skin with long brown hair and with pair of beautiful blue eyes.

After completing her graduation, Jenny made her debut in journalism at Fox Sports in the year 2011. During the early period of her career, we can see her filling the role of ‘Fox Sports Girl’.

Likewise, she became ‘Fox Sports North sideline reporter for the Minnesota Lynx of the WNBA.

Similarly, during her time on the Fox channel, she was also a social media contributor for Minnesota’s Timberwolves, Twins, and Wild sports teams.

Additionally, she was also an in-stadium/arena host at Twins and Wild games. 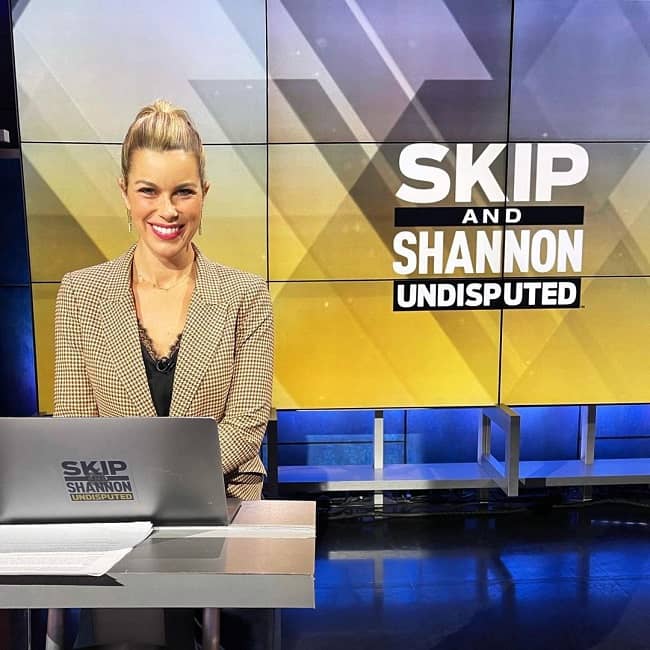 Caption: Jenny as a moderator on Skip and Shannon: Undisputed. Source: Instagram

Likewise, in August 2013, she made a promotion to join FS1’s news and highlights update team.

Similarly, she became the track reporter for the 2013 Supercross event where she did a debut assignment at FS1.

Followed by this, she became the reporter for the U.S. women’s national soccer team at the 2015 FIFA Women’s World Cup.

Likewise, she got her start in college football reporting in the year 2014 as part of FS1’s game coverage.

Similarly, in the year 2017, she became the lead college football sideline reporter along with play-by-play commentator GUS Johnson and analyst Joel Klatt.

Furthermore, in the year 2018, she became a fill-in host and moderator on various FS1 programs.

Moreover, despite taking a new position at FS1, she made continuation as college football sideline reporting duties for the 2018 season.

Likewise, in the year 2020, she became a sideline reporter for FOX Sports coverage of XFL games.

Talking about her net worth and earnings, Jenny is a television personality who is a reporter for FOX television. Likewise, her primary source of income is her career as a journalist.

Similarly, she has been making a decent amount of earnings and impressive fame from her career.

Likewise, her net worth is around $2 million. However, there is no information about her asset value available in the media.