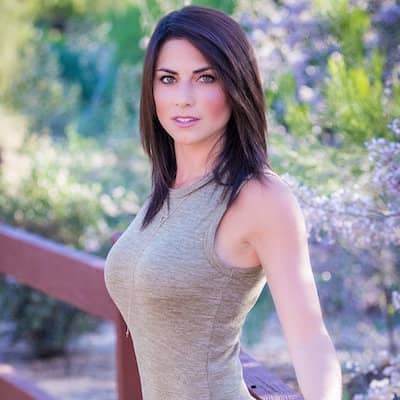 On July 26, 1986, Jennifer Sheryl Dell Middlebrooks aka Jenny Dell was born in Southbury, Connecticut, US. Likewise, she is 35 years old. She has citizenship in America and belongs to the Caucasian ethnicity. Moreover, she attended the University of Massachusetts Amherst. From the University, she gained a degree in Hospitality and Tourism Management. Besides, there are no details regarding her family background. 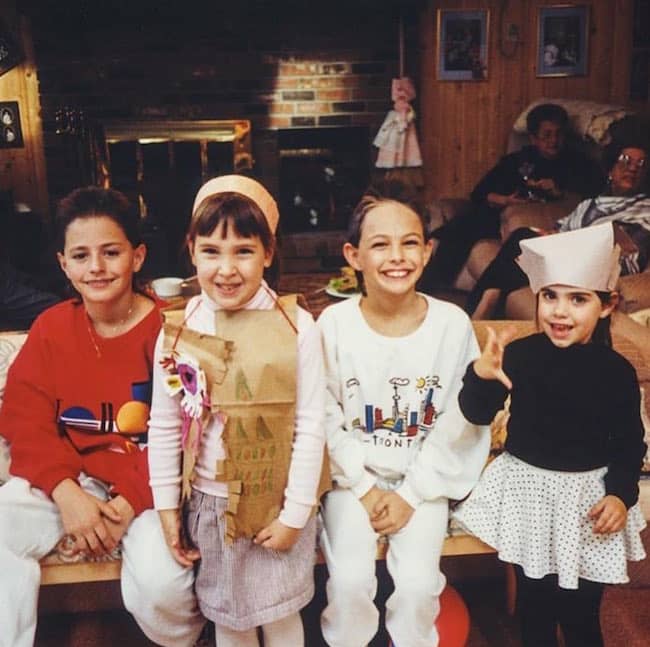 In the year 2014, Jenny Dell joined CBS Sports. As of now, she works as an NFL reporter for the station. Likewise, she joined working as a sideline reporter for College Football. Besides that, she also hosts Campus Eats on Big Ten Network. Point to be mentioned, she is also the co-founder of Simply Delicious, a food blog. From a very young age, she was passionate about cooking. At the age of 10, she took cooking classes at the Culinary Institute of Connecticut. Caption: Jenny Dell’s photo was captured during her shoot. Source(Instagram)

Throughout her career, she joined CBS Sports, and she worked in New England. She has served as a sports reporter for NESN Sports Network, while there. In addition, she covered the Boston Red Sox for the station. In Bristol, Connecticut, she started her broadcast journalism career. During the period, she served at ESPN Inc as an event production in the Features Unit. Meanwhile, she worked as an air talent for ESPN.com. For 4 years, she labored at ESPN Inc and two months from January 2008 to February 2012. Jenny Dell is also famous for being the wife of Will Middlebrooks.

On May 2, 2012, Will made his Major League Baseball (MLB) debut with the Boston Red Sox. Then, he played with them through 2014. Additionally, he also played in MLB for the San Diego Padres, Texas Ranger, and Milwaukee Brewers. In the 2007 MLB draft, he was picked in the 5th round draft pick out of Liberty-Eylau High School in Texarkana, Texas. Similarly, he was signed with the Red Sox for $925,000. Thus, he bypassed his commitment to Texas A&M University. The Red Sox converted him into a third baseman in the minor leagues, but he was originally a shortstop.

In the All-Star Futures Game, he got the opportunity to represent the United States. Later on, he emerged as the Red Sox’s starting third baseman in 2012. Likewise, the organization traded former All-Star Kevin Youkilis. In the 2013 and 2014 seasons, he struggled a lot. Later, the Red Sox traded him to the San Diego Padres before the 2015 season. Jenny Dell has been living a blissful life with her husband and children. As a sports reporter she has been earning a good sum, but her net worth is not revealed yet.

Jenny Dell is already married and has been living a blissful married life. In Feb 2016, she walked the aisle with Will Middlebrooks. Thus, his husband is a former baseball player. In 2012, the duo started dating each other and finally engaged in July 2014. In 2018, they welcomed their first child named Madison Dell Middlebrooks. Later, in December 2019, she gave birth to a daughter named Makenzie Grey. Caption: Jenny Dell with her husband and children Source(Instagram)

Jenny Dell is very pretty and good-looking. She is quite tall and stands 5 feet 3 inches and her body weight is 49 kg. Also, her overall body weight is 39-25-26 inches respectively. Whereas, Dell has light brown hair and eye color. She has an Instagram account named @jennydell_ with 59.2 k followers. And, in her verified Instagram account, she has 31k followers. Moreover, she has a Twitter account named JennyDell_. She joined her account in April 2009 and has 138k followers as of now.