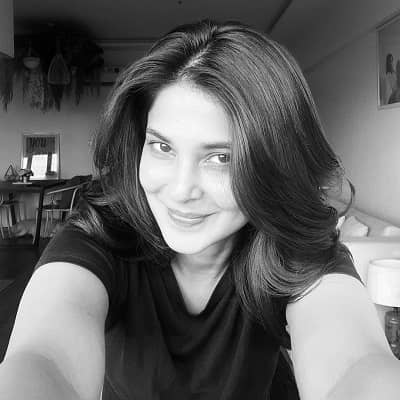 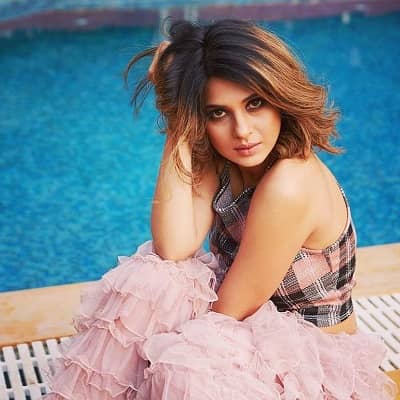 On May 30, 1985, Jennifer Winget was born in Goregaon, Mumbai, India, and is 35 years old. She was born to Maharashtrian father Hemant Winge. Likewise,  Punjabi mother Prabha Winget. Whereas, her father works in Reliance Industries as fills.  Additionally, she has an elder sibling named Moses Winget. 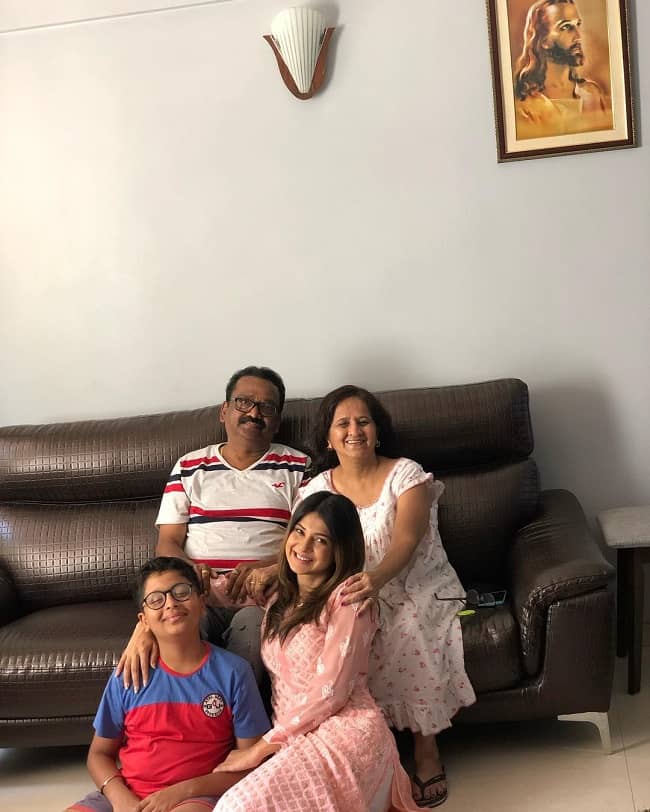 Caption: Jennifer Winget posing with her family for a photo. Source(Instagram)

Jennifer Winget was into an acting career from a young age. She started her career at the age of 10. She featured in the film Akele Hum Akele Tum. Jennifer was a child artist. Moreover, she also appeared in Raja ki Aayegi Baraat, Kuch Naa Kaho.

Jennifer Winget started her acting career as an actress by playing the role in Shaka Laka Boom Boom. She played the role of Piya in it. Moreover, she has appeared in the serials like KKusum, Kasautii Zindagii Kay, and many more. After then she started to get success in her career.

In 2009, she played the role of Dr. Riddhima Gupta. The serial was a medical romantic drama named Dill Mill Gayye. After the serial, she earned wide popularity. The serial as well as her character in it was loved by it. Still, the people are crazy about it. 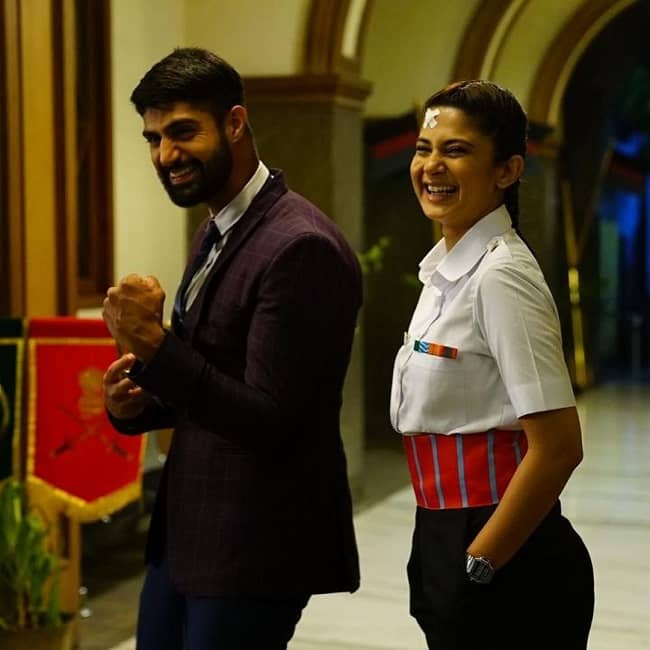 Caption: Jennifer Winget with her co-star in the set of CODEM. Source(Instagram)

Jennifer Winget banged the role of Kumud in Sanjay Leela Bhansali’s Saraswatichandra, in 2013. She has done her fabulous performance. Undoubtedly, Jennifer was liked by most people. She also got that Best Actress Critics Award. Likely, in 2018, she played the role of MayaMehrota in Beyhadh.

Moreover, Jennifer also featured in a romantic mystery drama Bepannaah as Zoya Siddiqui. Besides, acting she has also tried the luck in hosting. She has hosted reality shows like Dekh India Dekh, Laughter Ke Phatke, and many more.

In addition, Jennifer Winget has been a contestant in Comedy Circus 3 and Zor Ka Jhatka. Additionally, she has also been featured on the cover of TMM magazine.

Likely, Jennifer Winget has been nominated forwards. Like, Gold Award for Most Fit Actress, Best actress for Tv serials, and many more. She has also been awarded different awards. Her work has been appreciated through the awards. Undoubtedly, she has also been getting more love from the fans which is more precious than an award.

Jennifer Winget has been working since childhood. She has worked very hard to get to the peak of her life. She has work in many serials, reality shows. Jennifer Winget must have been earning a hefty amount of money. She charges 60,00 INR for each episode. Her estimated net worth is not revealed yet. Definitely, she just has been enjoying luxurious life with her family.

Jennifer Winget met Karan Singh Gover on the set of Kasautii Zindagii Kay. Then after they worked in a romantic medical series Dill Mill Gaya. Then they started to fall for each other. Moreover, they started dating each other. After few years of dating each other, they decided to marry. Finally, the duo got married on April 9, 2012. The couple was loved by people too. Unfortunately, in 2014, Jennifer Winget declared that they were separated.  Obviously, after the news, all the fans were very upset. After her divorce, she dated an actor name Sehban Azim.  However, she is single currently. 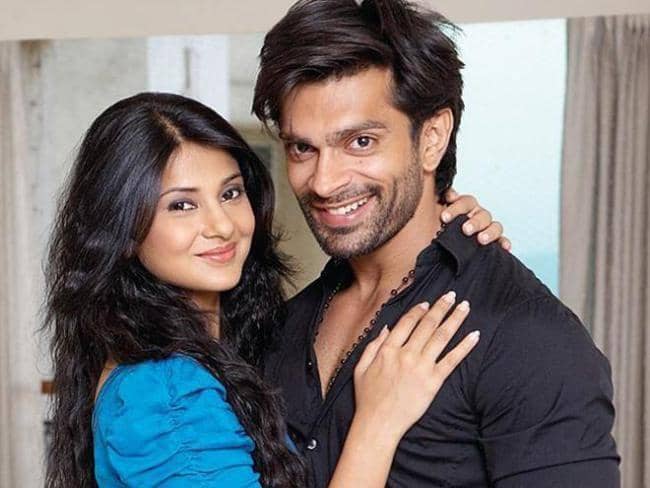 Jennifer Winget has been maintaining her professional life and private life perfectly. She has not been in any controversies yet. There are no rumors that have been spread about her too. Moreover, there are some negative comments on her photos. But, keeping that aside she has gained a lot of love from fans too.