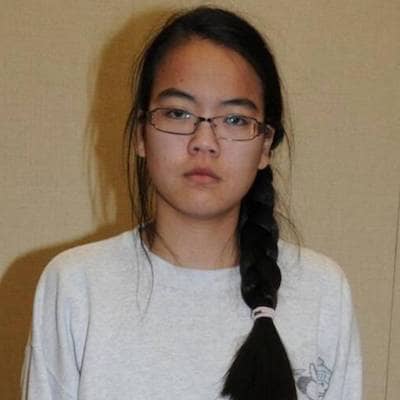 Jennifer Pan is a Vietnamese Canadian woman. Jennifer Pan was convicted of a 2010 kill-for-hire attack targeting both of her parents, murdering her mother, and injuring her father.

Jennifer Pan was born on June 17, 1986. Her age as of now is 36 years old and her sun sign is Gemini. She is from Markham, Ontario, Canada. Her mother Bich Ha Pan and her father Huei Hann Pan were immigrants from the Chinese diaspora in Vietnam to Canada.

Jennifer has a sibling Felix, born in the year 1989. This personality was made to take piano lessons at the age of 4, as well as figure skating classes where she trained most days during the week.

She had hopes of becoming an Olympic figure skating champion until she tore a ligament in her knee. This personality attended Mary Ward Catholic Secondary School where she played the flute in the school band. 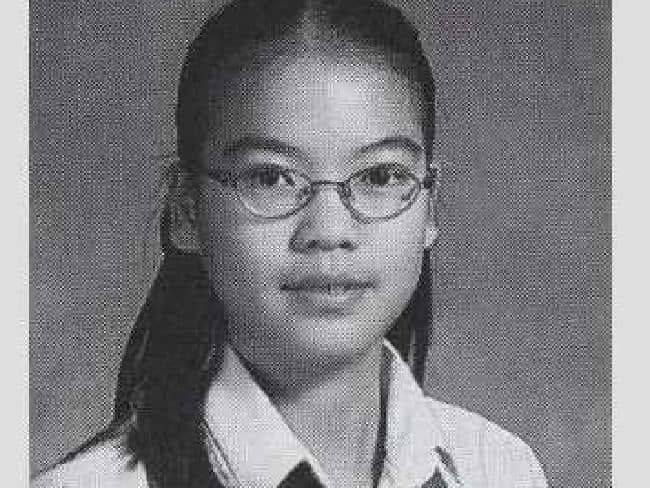 She was not permitted to attend any parties during the time her parents believed she was attending university. Despite her parents’ high expectations that she receives good grades in lower school, her grades throughout high school were somewhat average except for music. Jennifer forged report cards multiple times using false templates, deceiving her parents into thinking she earned straight As.

And, when she failed calculus class in grade 12, Ryerson University rescinded her early admission. As she could not bear to be perceived as a failure, she started to lie to those she knew, including her parents, and pretended she was attending university. But instead, she sat in cafés, taught as a piano instructor, and worked in a restaurant to earn money.

Moreover, in order to maintain the charade, she told her parents she had won scholarships. And, later falsely claiming that Jennifer had accepted an offer into the pharmacology program at the University of Toronto. Jennifer went to the extent of purchasing second-hand textbooks and watching videos related to pharmacology in order to create notebooks full of purported class notes that she could show her parents.

Also, she requested permission from her parents to stay near the campus with a friend throughout the week. Jennifer was actually staying with her boyfriend, Daniel Chi-Kwong Wong, whom she had met in high school. Wong was of mixed Chinese and Filipino ancestry and worked at a Boston Pizza restaurant. He was once a student at Mary Ward, transferred to Cardinal Carter Academy in North York, Toronto, due to low grades, and later studied at York University. Moreover, he was an active marijuana dealer.

While pretending to complete her degree at the University of Toronto, she told her parents that she had started working as a volunteer at The Hospital for Sick Children. Her parents soon became suspicious when they realized she did not have a hospital ID badge or uniform. And, on one occasion, her mother followed her daughter to “work” and quickly discovered her deception.

Livid, her father wanted to throw Jennifer out of the house, but she persuaded him to allow her to stay. And as she had not completed high school due to failing calculus, Jennifer eventually began working to finish high school completely. And, she was later encouraged by her parents to apply to university. Jennifer was, however, forbidden to contact Wong or to go anywhere except for her piano-teaching job.

Nevertheless, they spoke secretly during this period. By the time she was 24, her boyfriend had grown weary of trying to pursue a relationship with her, as Jennifer was so daunted and restricted by her parents that Jennifer lived at home and only met him in secret. He broke off his relationship with Jennifer and started to date another young woman. 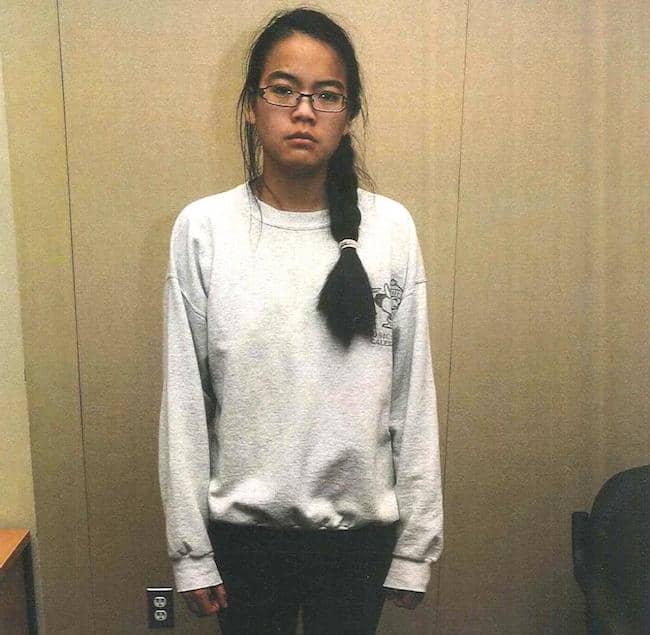 In spring 2010, she was in contact with Andrew Montemayor. Andrew, a high school friend who, she claims, had boasted in their high school years about robbing people at knifepoint, an assertion denied by Montemayor. Andrew introduced her to Ricardo Duncan, a “goth kid” whom Jennifer claims she gave $1,500 to kill her father in the parking lot at his workplace.

Ricardo alleged that she once gave him $200 for a night out, but that he returned it. And he rejected her when she asked him to kill her parents. She and Wong were back in contact at this time. As to the police, came up with a plan to hire a professional hitman for $10K to kill her parents, calculating that she would then inherit $500K.

The two planned to move in together. Moreover, Wong connected Jennifer with a man named Lenford Roy Crawford, whom he called Homeboy, and gave her a SIM card and an iPhone so that she could contact Crawford without using her usual cell phone. And, Crawford contacted another man, named Eric Shawn “Sniper” Carty, who in turn contacted David Mylvaganam.

Moreover, the Crown (prosecution) stated that Mylvaganam was one of the hitmen. Later, Carty was convicted for an unrelated 2009 murder. And, the murder took place at the Pan house in the Unionville neighborhood in Markham, Ontario. Further, on November 8, 2010, Jennifer unlocked the front door of the family home when she went to bed. And, then spoke by phone to Mylvaganam.

And, shortly after, Mylvaganam and two other people entered the home through the unlocked front door, all carrying guns. Moreover, in the court testimony, the Crown did not establish the identity of the other two hitmen; Wong and Crawford were at work.

Carty said that he was the driver for those who broke into the house. And that he selected them and was involved in plotting the attack. Carty did not state that he was one of the three or that he directly attacked others. And, the identity of the trigger person remains unknown.

Later, after demanding all the money in the house and ransacking the main bedroom, the three men took Jennifer’s parents to the basement where they shot them multiple times. Her mother was killed but her father survived his wounds. Moreover, the three men then took all the cash that was in the house including $2K from Jennifer, and left.

Jennifer claimed that they tied her up, but that she managed to free her hands and dial 9-1-1. Her father was treated at Markham Stouffville Hospital, before being moved to a trauma unit at Sunnybrook Hospital in Toronto, by aircraft. 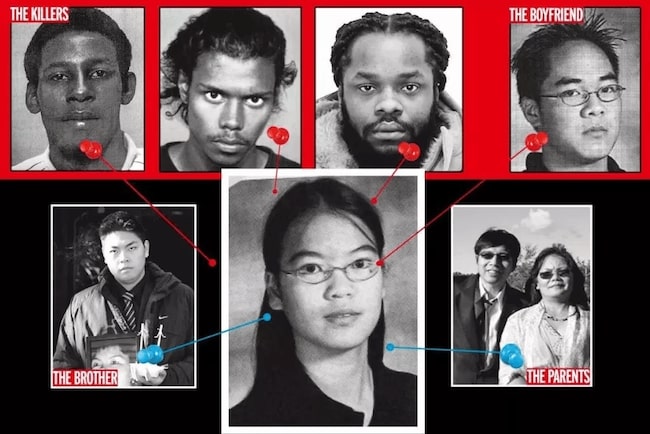 Caption: Jennifer Pan, her parents, her brother, her boyfriend, and the killer’s picture. Source: Facebook

Moreover, the evening after the murder, Jennifer underwent her first interview with the police. She was arrested on November 22, 2010, during her 3rd interview at the Markham police station (5 District) of York Regional Police. And, during that interview, Jennifer admitted that she had hired the killers. But, she claimed that she hired them to kill not her parents but herself.

Further, the interrogating police officer, William “Bill” Goetz, falsely told Jennifer that he had computer software that could analyze untruths in statements. And, also that there were satellites that used infrared technology to analyze movements in buildings. Goetz had used the Reid technique to obtain her confession.

Jennifer was sentenced to life with no chance of parole for 25 years for the murder of her mother, and the attempted murder of her father. Her father and brother requested a court order that banned her from ever contacting members of her surviving family again. Further, despite the objections of the defense lawyers, the judge filed the order. She is also banned from ever contacting Wong again.