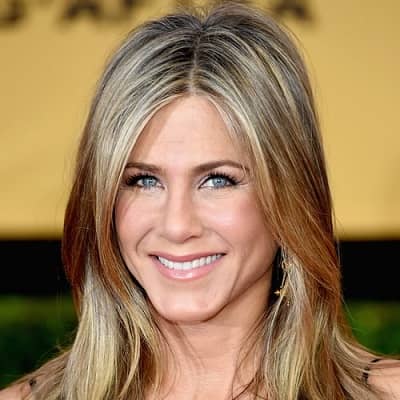 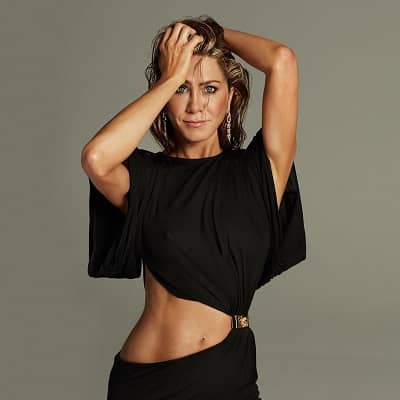 Jennifer Aniston is a famous American actress, film producer, businesswoman, and philanthropist. It was not until Jennifer Aniston got the role of Rachel Green in the popular television sitcom ‘Friends’ that she could make any mark. In addition, she appeared in many successful commercials and music videos.

The talented actress was born on February 11, 1969, in Sherman Oaks. Jennifer is an American citizen. Similarly, her age is 51 years and her sun sign is Aquarius. She was born as Jennifer Joanna Aniston to two well-known actors. Her father, John Aniston was famous for his roles as Victor Kiriakis on ‘Days of Our Lives’, a popular soap opera on NBC TV network. Her mother, Nancy Dow also made name for herself by her performances in a number of films and TV shows. However, she always found ways to bypass such strictures.

She spent the first part of her childhood in Eddystone, Pennsylvania, where the family shared a three-bedroom house with her grandmother. There she started her education in an elementary school. Later the family shifted to New York City. She was admitted to Waldorf School when she was six years old. Three years later her parents were separated. The divorce came through in 1980. She has a half brother named Alexander Aniston from her father’s second marriage. She first started acting at the age of eleven while she was studying at Waldorf School. Later, she enrolled at Fiorello H. LaGuardia High School of Music & Art and Performing Arts and graduated from there. 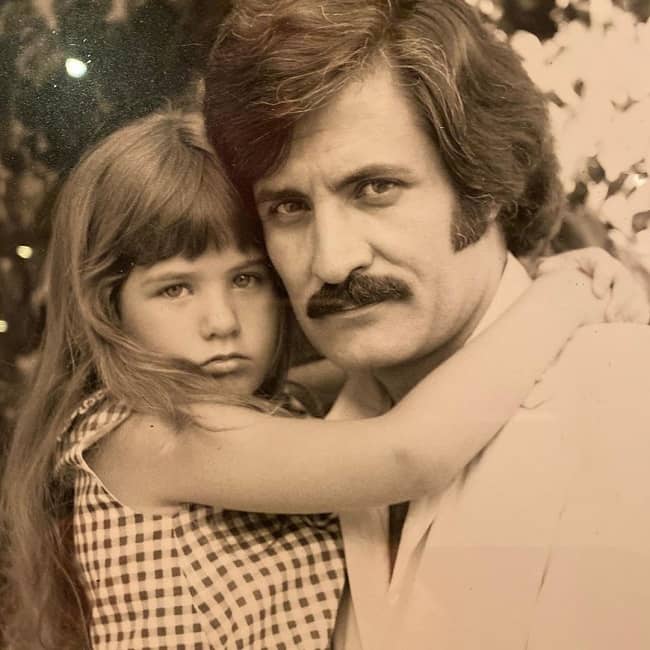 In 1988, Jennifer Aniston started her acting career by working in Off-Broadway shows like ‘For Dear Life’ and ‘Dancing on Checker’s Grave’. However, she could not make much money out of her acting career. Instead, to support herself, she had to take up different part-time jobs, such as that of a telemarketer, waitress, and bike messenger. In 1989, she appeared on ‘The Howard Stern Show’, the American radio show hosted by Howard Stern. She also worked as a spokesmodel for Nutrisystem, the company that deals in weight management. In the same year, she moved to Los Angeles, where her father used to stay. In 1990, she was present in her first television serial ‘Molloy’.

Next, she was in another short television serial ‘Ferris Buller’; it was first aired on August 23, 1990, on NBC; but could not last the season. Undeterred, she kept on acting in different television serials such as ‘The Edge’, ‘Muddling Through’; but none of them could last long. In fact, her casting in the ‘Muddling Through’ might have deprived her of being selected as the main cast in ‘Friends’. In 1993, she was present in her film debut in ‘Leprechaun’. It was a horror film that received mostly negative reviews. Although it later became a cult film, it could not do much to improve her standing. She played the part of Rachel Green.

In 1996, she returned to film with a role in ‘She’s The One’. There she played the role of Renee Fitzpatrick, the wife of the Wall Street stock investor Francis Fitzpatrick. The film received positive reviews and so did Aniston. In 1997, Aniston received the starring role in ‘The Picture Perfect’. It was a romantic comedy that also had many other well-known actors starring in important roles. In this film, she portrayed the role of Kate Mosely and received a warm review of her performance. She also received critical acclaim for her role in ‘Good Girl’.

In 2015, Aniston was present as a reluctant therapist in the screwball comedy ‘She’s Funny That Way’. Likewise, in 2016, she was in the romantic comedy ‘Mother’s Day’, opposite Julia Roberts and Kate Hudson. In the same year, she was also in the comedy ‘ Office Christmas Party’. In 2017, Aniston starred in the war drama ‘The Yellow Birds’. Similarly, in 2018, she made her Netflix debut with the musical comedy Dumplin’. In 2019, she will be alongside Reese Witherspoon in the Apple TV+ drama series ‘The Morning Show’. Then, in 2002, she also founded a film production company named Plan B Entertainment. It was a joint venture with Brad Pitt and Brad Grey. Later she withdrew from it to form Echo Films, another production company, with Kristin Hahn.

Besides, she is the co-owner of a haircare company, ‘Living Proof’. In 2014, she was in the black comedy crime film ‘ Life of Crime’ and in the drama film ‘Cake’. She is a well-known activist and a philanthropist. She has donated generously to different philanthropic organizations such as Doctors without Borders, AmeriCares, Feeding America, Clothes Off Our Back, EB Medical Research Foundation, OmniPeace, and Rape, Abuse & Incest National Network, Project A.L.S., Friends of Al Faro, etc. Aniston has also contributed appreciably for the cause of lesbians, gays, bisexuals, and transgender (LGBT) and has hosted shows like Stand Up For Cancer and It Can’t-Wait. 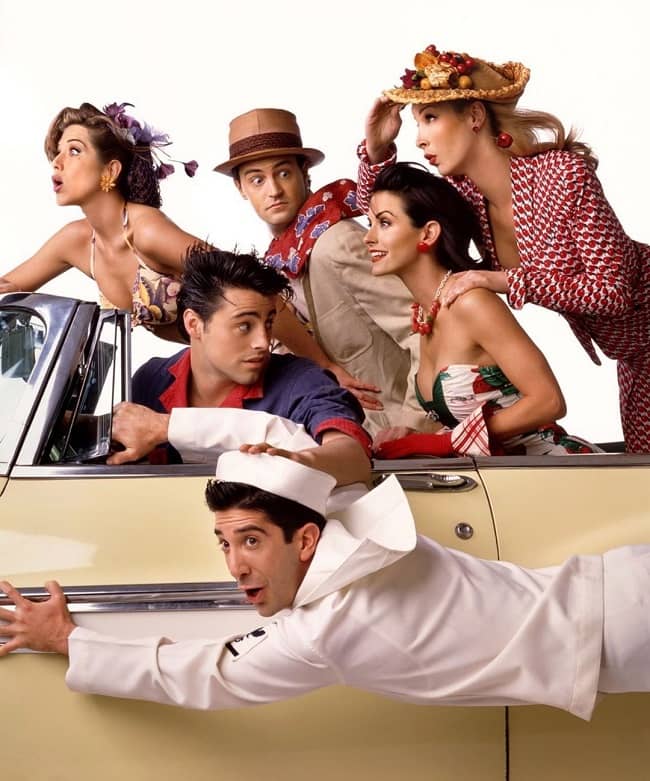 Jennifer Aniston received five Emmy nominations for her work in ’Friends’ and won in the Outstanding Lead Actress in a Comedy Series category. She was also nominated for two Golden Globe Awards for the same work and won the Golden Globe Award for Best Actress – Television Series Musical or Comedy in 2003. Then, in 2004, Aniston was named “The Most Beautiful Woman” by People magazine. In fact, she has been on such a list in many contemporary magazines. In 2007, Aniston won the Vanguard Award for her role in promoting equal rights for LGBT people. It is presented annually by Los Angeles GLAAD Media Awards to select members of the entertainment community.

Additionally, in 2011, Men’s Health magazine also voted her the “Sexiest Woman of All Time”. In 2012, Aniston received a star on the Hollywood Walk of Fame. Then, in 2015, Aniston was awarded the Best Actress Award for her role in ‘Cake’ by Capri Hollywood Film Festival. She also received a nomination for the same work in the same category for Broadcast Film Critics Association Awards but failed to win. In addition, she won several People’s Choice Awards and Teen Choice Awards for her role in different TV shows and films.

According to Forbes, in October 2007, Aniston was the top-selling celebrity face of the entertainment industry. The magazine estimated her net worth at $19.5 million in 2018, $200 million in 2017, and $110 million in 2007. Recently, Anston has a net worth of between $220-$300 million. The source of her income is from her profession as a successful actress. After her divorce from Brad Pitt, Aniston bought a $13.5 million home in Beverly Hills. After years of extensive renovations and remodeling, she sold the house in 2011 for $35 million. She also owns around $10 million worth of New York City property.

Jennifer Aniston married actor Brad Pitt on July 29, 2000, after two years of courtship. However, the marriage broke down within five years. The couple announced their separation on January 7, 2005, and finalized their divorce on October 2, 2005. They did not have any offspring. The divorce reunited her with her mother, with whom she was estranged because of certain remarks made by her in a television show. From May 2011, she began to see Justin Theroux. The couple became engaged on August 10, 2012, and married after three years on August 5, 2015. They separated at the end of 2017. 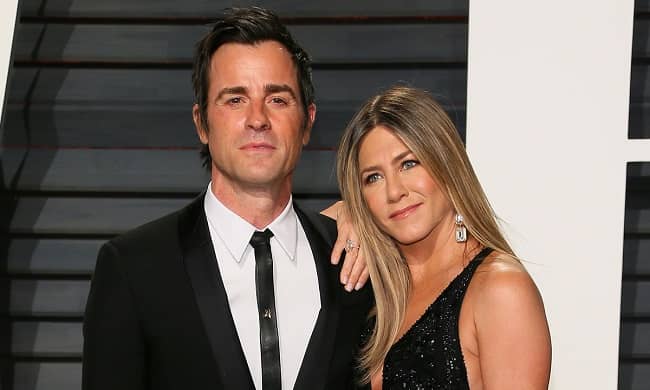 In her twenties, Jennifer was diagnosed with dyslexia. Until then, she was suffering from low self-esteem. The diagnosis helped her to understand her shortcoming. She soon overcame all her troubles. Additionally, she also admitted fearing water. Because of an accident in childhood, she cannot make herself go underwater. A scene that required her to get into a swimming pool had to be shot thirty times.

To keep fit, Jennifer Aniston practices yoga. From 2014 onwards, she has also started practicing transcendental meditation twice a day. Also, she stands 5 feet 5 inches tall and has a weight of 51 kg. Moreover, she has blue eyes, and blonde hair, although she had brown hair at first. The actress’s body measurement is 34-23-35 inches. Jen did not admit that even after increasing the size of a whole breast (from a B cup to a 34 C cup). She admits to having undergone a few rhinoplasties to fix her deviated septum and frequent laser treatments of the skin to help her regain her youthful radiance, otherwise, she has remained silent.