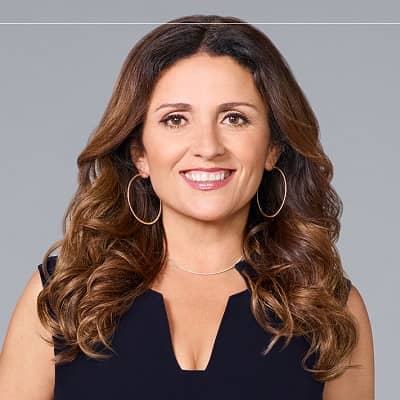 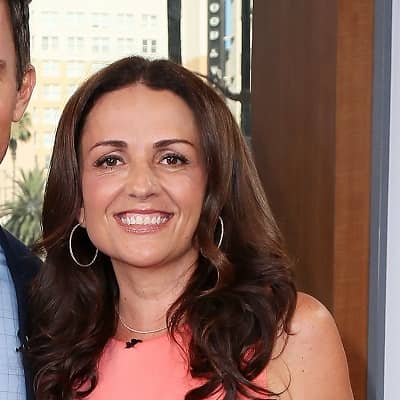 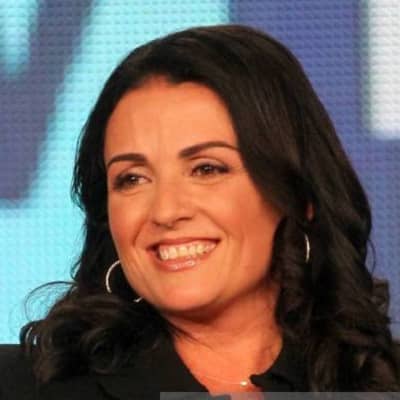 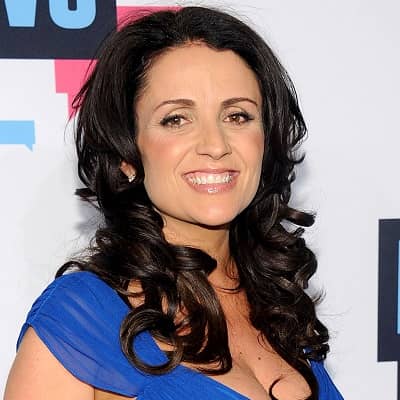 Jenni Pulos is a famous American actress, producer, rapper, fashion enthusiast, and author. Jenni Pulos is most recognized for her work as an Executive Assistant for Jeff Lewis in the shows Flipping Out and Interior Therapy with Jeff Lewis.

Jenni Pulos was born on January 3, 1973, and she is  48 years old today. Jenni hails from Portland, Oregon, and her zodiac sign is Capricorn. There is no information regarding Jenni’s parents, siblings, and other family details. Jenni also has yet to share insights into her educational journey. Talking about her family background, Jenni has an ethnicity of Greek-American. 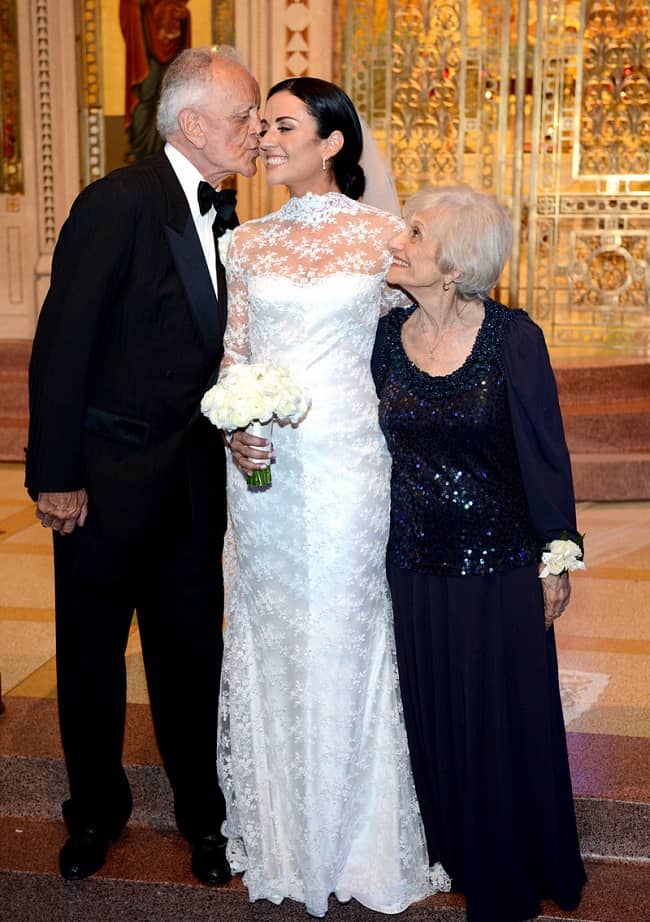 Caption: Jenni Pulos posing for a photo with her parents on her wedding day. Source: Bravo TV

Professionally, Jenni Pulos is a reality star and Emmy-nominated TV producer. Jenni is most recognized for appearing in Flipping Out, the Bravo home design series. For this series, Jenni has been working with Jeff Lewis. The two had been working together for many years even before the premiere of Flipping Out. Overall, Jenni worked with Jeff for more than 13 years. During this period, Jenni has worn many different hats.

For the aforementioned series and its subsequent spinoff, Interior Therapy with Jeff Lewis, Jenni worked as an Executive Assistant to Jeff Lewis. Moreover, Jenni is also an actress, comedian, and rapper. As an Apollo-winning rapper, Jenni has released the children’s album Old School Kids Beats. 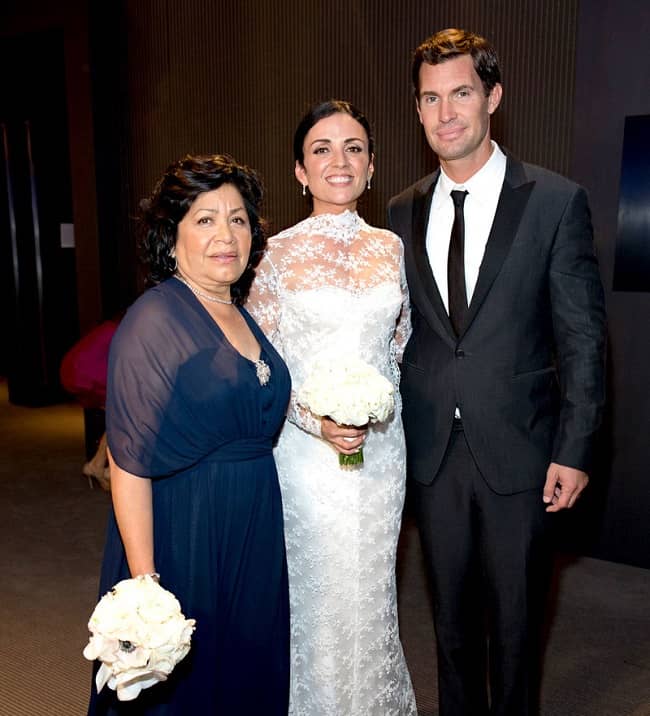 She released the album in April 2013 in partnership with Toys ‘R Us. Moreover, Jenni co-wrote and performed the theme song for Watch What Happens: Live with Andy Cohen. It is one of Bravo’s wildly successful series of 2009.

Additionally, Jenni is also a writer who published her book Grin and Bear It: How to Be Happy No Matter What Reality Throws Your Way. It is a charming memoir-advice novel released in March 2014. Furthermore, as a TV personality, Jenni has made guest appearances multiple times on The Wendy Williams Show.

Besides being a writer and rapper, Jenni is also developing other scripted and reality shows in which she works as a writer, actor, as well as a producer. Jenni is also working on her 2nd children’s album. At present, she is not signed as a brand ambassador for any brands or products. Nevertheless, she will surely involve in the endorsement of major brands in the coming future. 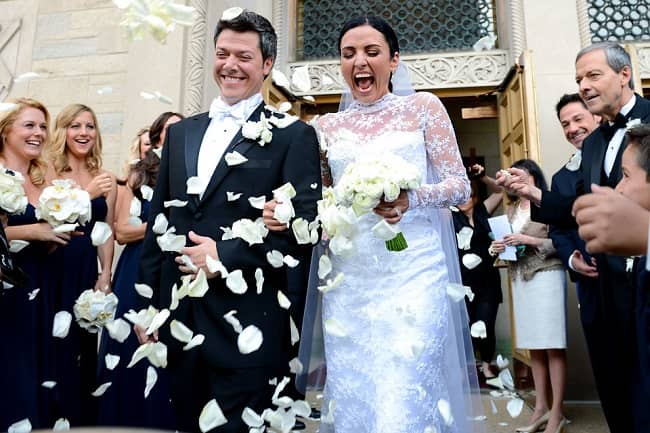 Moving on, Jenni Pulos has a net worth estimation of approximately $2.5 million US dollars.

Jenni Pulos is a happily married woman. Her husband’s name is Dr. Jonathan Nassos. The lovers had their wedding ceremony on Memorial Day Weekend 2012 in Chicago. The couple then welcomed their first child in June 2013. It was their daughter namely Alianna Marika. Her journey to welcome Alianna was filmed and broadcast to millions of people. Later on, her daughter’s birth episode was nominated for a Primetime Emmy in the year 2014.

Jenni and Jonathan split their time between NYC and LA. The family resides with their other furry children: Lulu, Janet, and Kiko the blue beta fish. Furthermore, in June 2017, Jenni and Jonathan welcomed their 2nd daughter namely Georgia Grace.

Before her marriage to Dr. Jonathan, Jenni was married to actor and writer Chris Elwood. However, Chris and Jenni went their separate ways in the year 2008. At present, Chris shares one child with his wife Rachel Silver who he married on 13 May 2011. 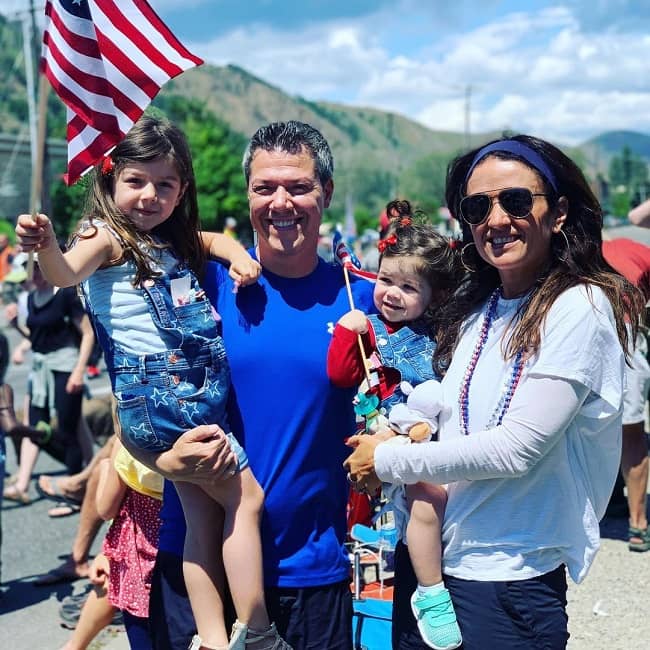 Caption: Jenni Pulos posing for a photo with her family. Source: Instagram

Jenni Pulos stands tall at an approximate height of 1.65 meters or 5 feet 4 inches and her weight is around 70 kgs. Likewise, Jenni has a chest-waist-hip body measurement of 34-29-37 inches respectively. Further, Jenni has brown eyes and hair of the same color too.