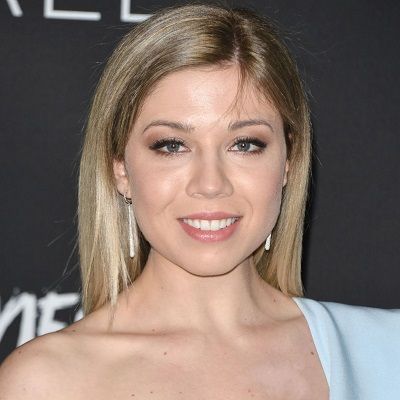 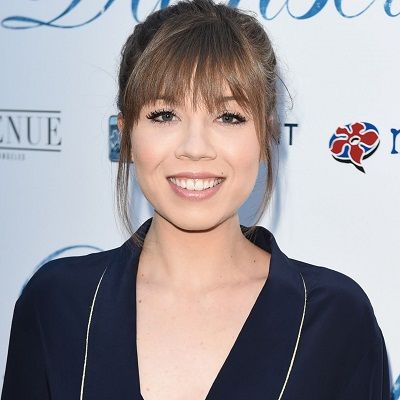 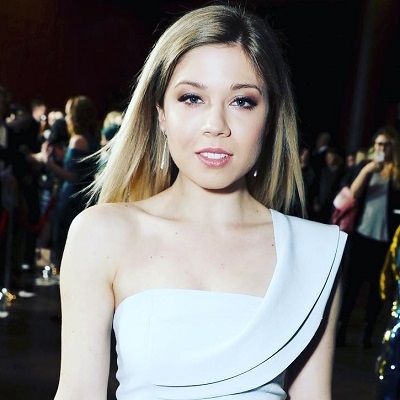 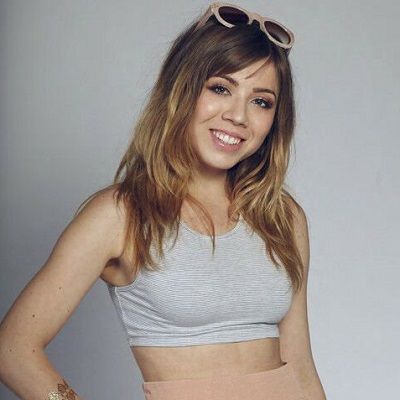 Jennette McCurdy was born on June 26th, 1992. Her full name is Jennette Michelle Faye McCurdy and is currently, 30 years old. She was born in Long Beach, California, and grew up in nearby Garden Grove.

Her father’s name is Mark McCurdy.

Her mother, Debra, battled recurrences of breast cancer, which first occurred in March 1996, and was thought cured after a bone marrow transplant, chemotherapy, breast surgery, and radiation sessions [June 2011], but she died on Sept. 20, 2013.

Moreover, she has three dogs namely, Snoopy, Chewie, and Musashi. Similarly, she also has two turtles named Tootsen and Zeus. She loves to read and write poetry and screenplays.

She loves to figure skate in her spare time and has been in a few figure skating competitions. Moreover, She is a StarPower Ambassador for the Starlight Children’s Foundation. 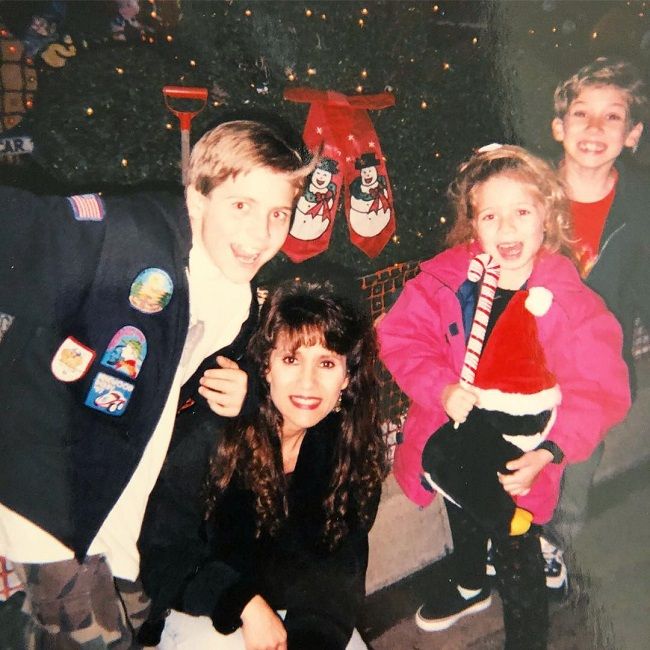 Moreover, She has earned ‘Young Artist Awards’ nominations for various categories for TV serials such as ‘Strong Medicine’ in 2004. Moreover, she has also earned for ‘The Last Day of Summer’ in 2008 and ‘iCarly’ in 2009.

Jennette also won a nomination for the ‘Teen Choice Awards in 2009 for ‘iCarly’ including many more nominations from 2010 to 2014.

She is quite popular on social media sites. Jennette is famous for her ‘@jennettemccurdy’ Instagram account with more than 7.5 million followers. Her official Facebook page has earned over 15.3 million followers.

Jennette got her start in child acting, which by her late teen years had brought her success. Therefore, she went on to star in the Netflix series Between and had a short-lived country music career with Capitol Records Nashville.

Moreover, McCurdy felt ashamed of 90% of her resume and ultimately unfulfilled.

That’s why she turned to alcohol. However, since that didn’t work, she quit acting. She then pursued writing/directing in 2017. She has written/directed a pilot and four short films.

Therefore, The Hollywood Reporter, Short of the Week, Florida Film Festival, Salute Your Shorts, and many more platforms have featured her work.

She has written articles for the Huffington Post and the Wall Street Journal. Further, her favorite themes to explore are family dysfunction, childhood, and disillusionment.

She directed several short films and several film festivals have recognized her work including the Oscar-qualifying Florida Film Festival.

She was inspired to choose an acting career when she saw Harrison Ford acting in the TV serial ‘Star Wars. She began acting in 2000 when she was only eight years old and played the role of Cassidy Gilford in Episode 6.1 of the TV serial ‘Mad TV’.

In 2003, she got an opportunity to act opposite Harrison Ford himself in ‘Hollywood Homicide’. And also acted as Amanda Simmons in the film ‘Taylor Simmons’ in the same year.

From then on she went from strength to strength and by 2016, she had acted in twelve films and more than forty TV serials.

She is best known for her roles on Nickelodeon as Sam Puckett on ‘iCarly’ and ‘Sam & Cat’, the spin-off of iCarly and Victorious.

She has also appeared in several other television series, including True Jackson VP, Zoey 101, Malcolm In The Middle, Will & Grace, Strong Medicine, Law & Order: Special Victims Unit, The Inside, and Judging Amy.

It was released in honor of McCurdy’s recently deceased friend Cody Waters, who died at the age of 9 from brain cancer. 20% of the proceeds were donated to the Cody Waters Foundation.

Therefore, the song clips were released for fans to vote for which one they believed should be McCurdy’s first single.

The album was released on iTunes on June 1. 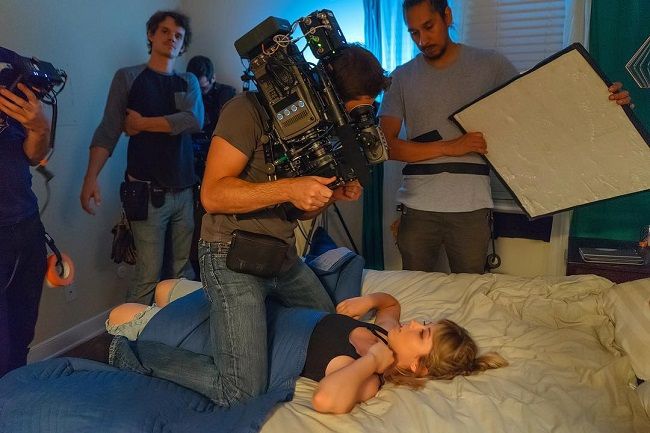 Caption: Jennette McCurdy trying to get that one perfect shot! Source: Instagram

Jennette has avoided involving in too many scandals. It is during the years she has been performing in the entertainment industry and on social media.

The only time she created a huge controversy was when she failed to turn up at ‘Nickelodeon’s Kid’s Choice Awards function despite being invited.

It became all the more complicated when she raised the issue of Nickelodeon favoring her co-star Ariana Grande more than her. The fallout of this controversy was that Nickelodeon stopped broadcasting the serial ‘Sam & Cat’ after only one season to avoid any more trouble.

In the end, it was proven that the rumor of the rift between her and Ariana was a figment of imagination only. And nothing else as both were still good friends.

McCurdy revealed her battle with anorexia on March 8, 2019. Her eating disorder began at just 11 years old and was unintentionally encouraged by her mother, who also struggled with her eating disorder growing up.

Ultimately, her battle reached a new low, and she saw herself ‘having five, six, or seven purging sessions a day.’

It wasn’t until one Thanksgiving that her sister-in-law intervened, once she walked in on one of her purge sessions. She would eventually see a therapist named Laura, who would accompany her to events to help her avoid trigger sessions.

At age 23, she received help from an eating disorder specialist named Hank.

Jennette dated American actor, Paul Butcher. They first met at school in 2005. And they started dating in June 2005 until March 2006. Similarly, from September 2010 to September 2011, she dated Max Ehrich.

It started when Andre tweeted her revealing that he has a big crush on her. But, they didn’t work as a couple for long and separated in September 2013.

As per some online sites, the main reason behind their split was bad kissing technique of Andre, as revealed by her. However, as of now, she is single and is living happily. 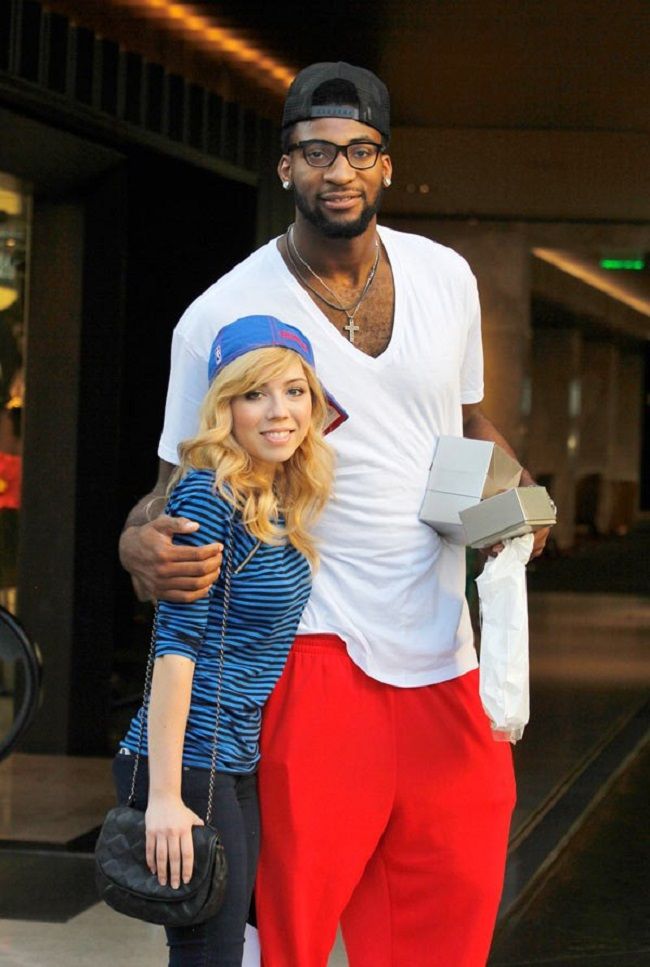 Jennette stands at a height of 5 feet 2 inches tall and weighs around 51 kg. She has wavy blonde hair and a pair of blue eyes. Her chest-waist-hip measurements are 35-26-35 inches respectively.

She is an American film and television actress and country pop singer-songwriter. She has a net worth of $5 million. Therefore, she has earned her net worth from several films, and television roles.