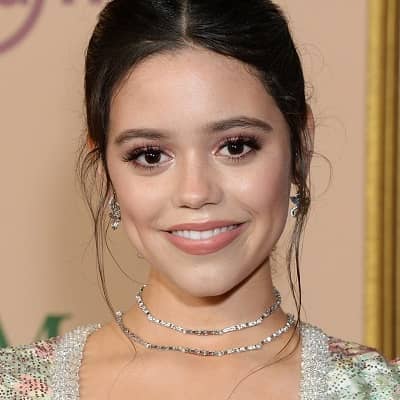 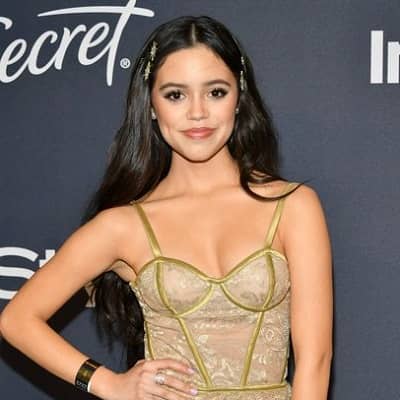 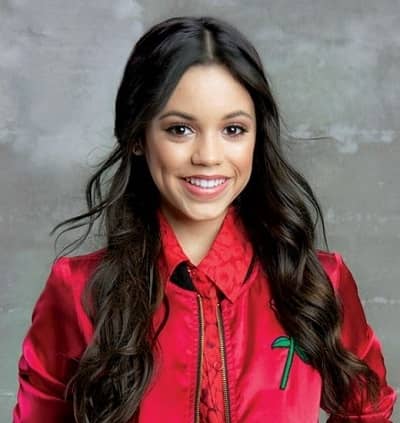 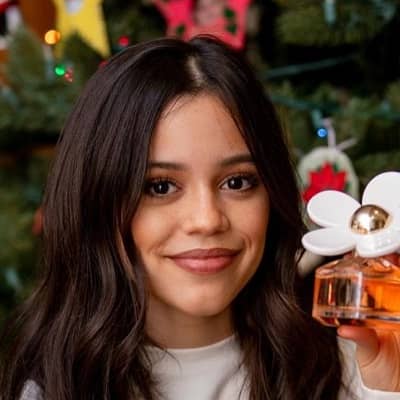 Jenna Ortega is a young and prominent American actress. Jenna Ortega has been active in the entertainment industry since 2012 and has appeared in several blockbuster films as well as TV series.

Jenna Ortega was born on September 27, 2002, and she is currently 18 years old. Jenna hails from Coachella Valley, California, U.S., and her zodiac sign is Libra. Her full name is Jenna Marie Ortega. Talking about her family, Jenna is the 4th of six children.

Therefore, she has five siblings namely Mia, Aliyah, Mariah, Isaac, and Markus. Jenna also has a pet dog named Anna. Similarly, Jenna’s father is of Mexican-American descent whereas Jenna’s mother is of Mexican-Puerto Rican ancestry and her name is Natalie Ortega.

Regarding her educational journey, Jenna graduated high school as a part of the class of 2020. The young lady was able to maintain her 4.0 GPA while balancing her career at such a young age. 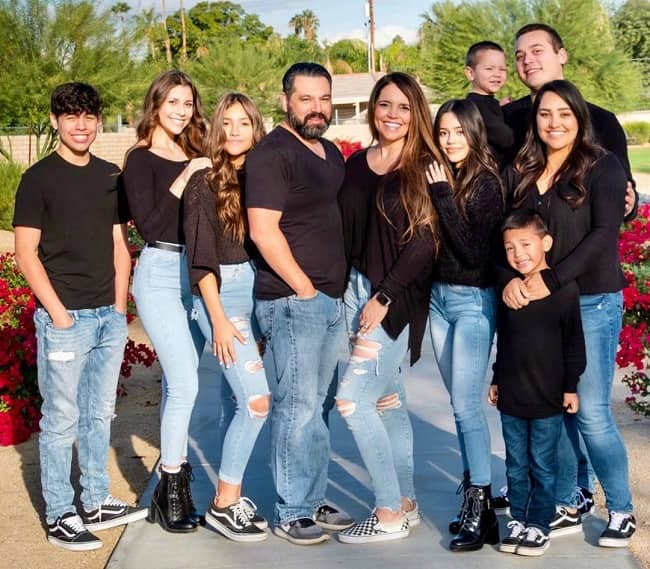 Caption: Jenna Ortega posing for a photo with her parents, siblings, and nephews. Source: Instagram

Professionally, Jenna Ortega is a popular young actress who gained prominence after appearing in Insidious: Chapter 2 and The Little Rascals Save the Day in 2013 and 2014 respectively. Following these, Jenna appeared as Young Jane on Jane the Virgin from 2014 to 2019. Jenna has also authored a book called It’s All Love.

Her book is about Jenna’s own original quotes and affirmations, intimate and personal stories about growing up Latina in Hollywood; working through depression; falling in and out of love; losing close family members, and more.

The young actress had her breakthrough role as Harley Diaz on Stuck in the Middle from 2016 to 2018. For this role, Jenna bagged the Imagen Award for Best Young Actor on Television in the year 2018. Likewise, Jenna lent her voice for the character Princess Isabel in the animated series Elena of Avalor from 2016 to 2020.

Following this, Jenna made her transition to mainstream film and TV. She starred as Ellie Alves on You from 2018 to 2020. The young actress also played the role of Dawn in Saving Flora; Phoebe in The Babysitter: Killer Queen; and Katie in Yes Day. Additionally, the young actress also received praise for portraying the character Vada in The Fallout. At present, Jenna shares her voice for the character Brooklyn on Jurassic World Camp Cretaceous. 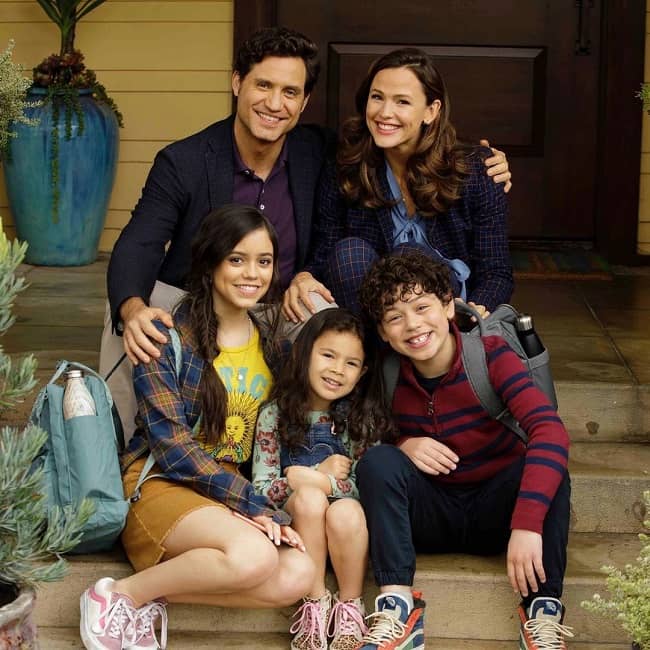 Besides acting, Jenna is also recognized for her philanthropic activities and public image. PopSugar listed Jenna in their “20 Under 20” list in the year 2020. The young actress is also famous for her fashion sense. People also praise Jenna for the actress’s activism towards discrimination and LGBT rights.

Fairly recently in August 2020, actress Jenna was cast in an undisclosed role. It was for an upcoming slasher film Scream. This film is set to release on January 14, 2022. Filming for this project took place in Wilmington, North Carolina. It was from September to November 2020. The other actors in this project are Neve Campbell, Courteney Cox, and David Arquette.

Likewise, Jenna is also set to star in the upcoming horror film X. Then in May 2021, Jenna was cast as the lead character, Wednesday Addams, on Wednesday. It is a supernatural series by Tim Burton.

Prior to all this, Jenna appeared in Jane the Virgin and also worked in Rake. Additionally, Jenna was a cast in the comedy series Richie Rich. Then in the year 2016, the young actress started portraying the role of Harley Diaz in Stuck in the Middle. 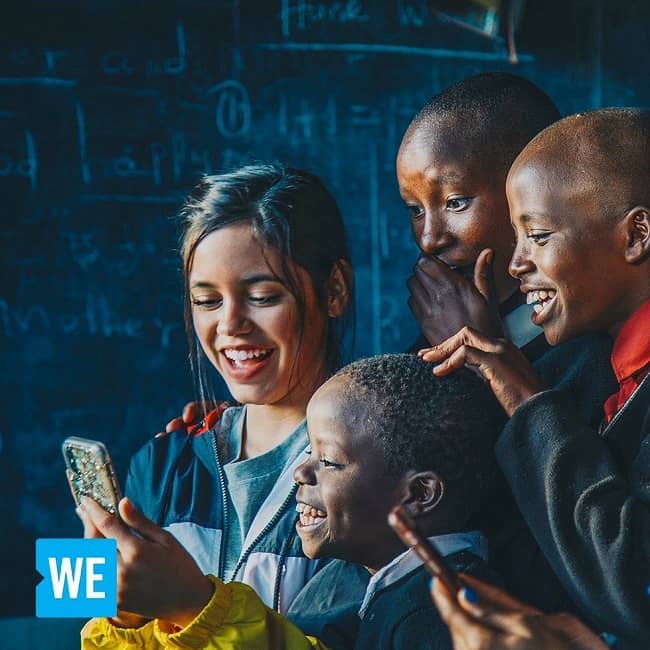 Caption: Jenna Ortega captured while interacting with girls during her visit to Kenya as a part of WE movement. Source: Instagram

There is no information regarding Jenna Ortega’s relationship status and love affairs. The young actress has not shared any social media posts that might indicate her relationships and affairs. Moreover, as a young and philanthropic actress, Jenna might be more focused on strengthening her career rather than involving in affairs, controversies, and scandals.

Jenna Ortega stands tall at an approximate height of 5 feet 1 inch or 1.55 meter and her weight is around 46 kgs or 101 lbs. Likewise, the young actress has a chest-waist-hip measurement of 42-32-38 inches respectively. Moreover, Jenna has dark brown hair and eyes of the same color.

Talking about her social media presence, Jenna Ortega joined Twitter in July 2013 and so far has over 132.8K followers on her @jennaortega account. Likewise, the young actress is available on Instagram under the username @jennaortega. So far, this account boasts over 6.3 million followers as of June 2021. Moving on, Jenna has a net worth estimation of approximately $3 million US dollars.