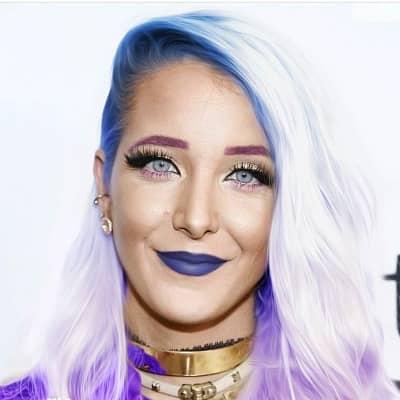 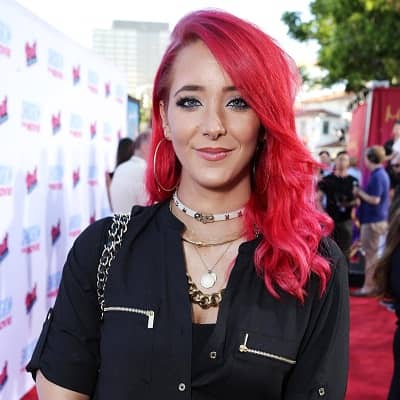 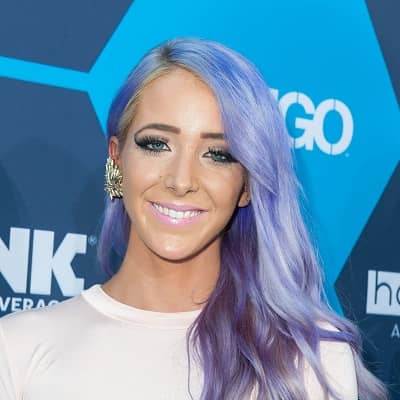 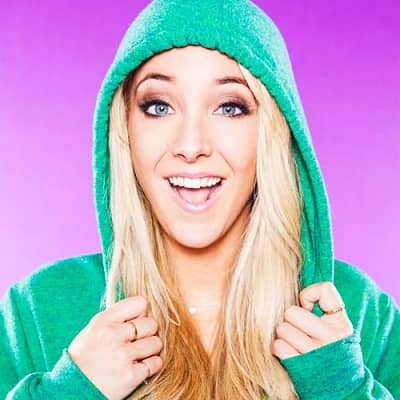 Jenna Marbles is an American vlogger, comedian, and actress. Jenna Marbles is primarily a YouTube sensation who announced her indefinite hiatus from the video-sharing platform in June 2020.

Jenna Marbles was born on September 15, 1986, and her current age is 34 years. She hails from Rochester, New York, U.S., and currently lives in Santa Monica, California. Likewise, her full name is Jenna Nicole Mourey.

Talking about her educational journey, Jenna graduated from Brighton High School in 2004. Later, Jenna moved to Boston, where she earned a Bachelor of Science in psychology at Suffolk University and a Master of Education in sport psychology and counseling at Boston University. She has also spent time writing for Barstool Sports.

Talking about her family, Jenna’s father is a chemist who holds several patents. Likewise, she also has one older brother, and her mother’s name is Deborah Mourey. Deborah often helps her out with business-related issues.

Then in the year 2015, Jenna became a vegan. Furthermore, she also has four pet dogs. They are Mr. Marbles, a Chihuahua; two Italian Greyhounds, Kermit and Peach; and a rescue greyhound named Bunny. 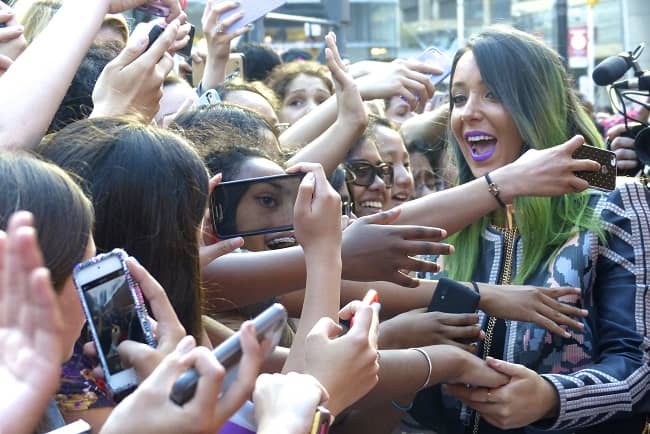 Caption: Jenna Marbles interacting with her fans in an event. Source: Faze Magazine

Professionally, Jenna Marbles is a vlogger, comedian, and actress. She is primarily a YouTube sensation who became a star for videos like How to Trick People Into Thinking You’re Good Looking which received 5.3 million views the week it was uploaded.

She also earned more than 20 million subscribers to her channel before announcing that she would be quitting YouTube in June 2020. Jenna is also the 86th most subscribed channel on YouTube and the 8th most-popular channel operated by a woman. She is also the first social media star to have a wax figure displayed at Madame Tussauds Museum in New York City.

Furthermore, Jenna also created a line of dog toys and was in an episode of Epic Rap Battles of History. Her videos were viewed more than 3.5 billion times collectively. Likewise, Shane Dawson appeared on her channel in videos like Speech Jammer Challenge With Shane Dawson among others. 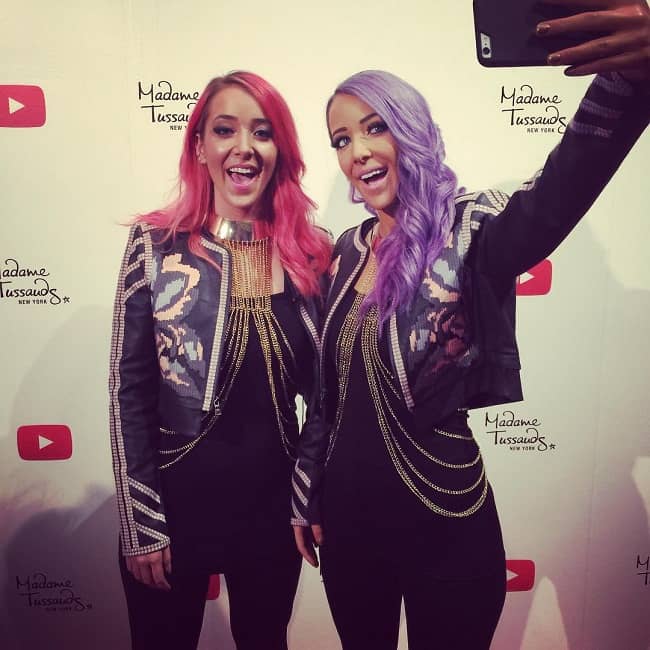 Caption: Jenna Marbles posing for a photo with the Madame Tussauds’ wax figure of herself. Source: Instagram

In the summer of 2010, Jenna Marbles was sharing a three-bedroom apartment in Cambridge, Massachusetts. She paid $800 rent by working various jobs, including bartending, working at a tanning salon, blogging, and go-go dancing at nightclubs among many others. That year, she started her career with Barstool Sports, where she wrote for their female-oriented site StoolLaLa. However, she left the publication in 2011.

Barstool Sports was also where Jenna honed her skills in the arts of comedy, blogging, and video-making. After making humorous videos for a few years, she got a YouTube channel of her own and uploaded the video How To Trick People Into Thinking You’re Good-Looking in 2010. This particular video received over 5.3 million times in its first week.

Further, Jenna used to upload a new video to her YouTube channel every Wednesday or Thursday. Likewise, The New York Times and ABC News featured her video titled How To Avoid Talking To People You Don’t Want To Talk To in August 2011. In the video, Jenna said:

“I’m sick and tired of guys thinking that just because I showed up at a club or a dance or a bar, that I want to have their genitalia touching my backside.”

The pseudonym “Jenna Marbles” comes from her mother’s complaint that “Mourey”, their legal surname, pulled up only Jenna’s videos on Google. Her mother was unemployed when Jenna’s first video went viral and was concerned that the content might put off potential employers. The name “Marbles” comes from her dog “Mr. Marbles”. 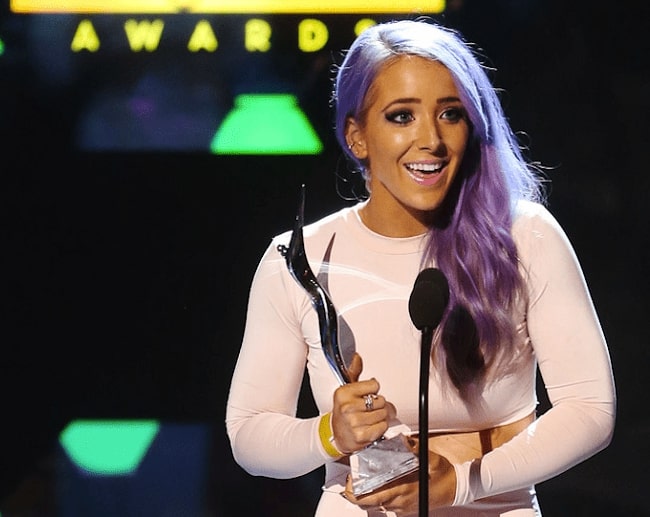 Jenna has also appeared as Eve in Epic Rap Battles of History, season 2 episode 13, “Adam vs. Eve”. She then went on to play a banana in The Annoying Orange episode “Fake n’ Bacon”. Jenna then played Miley Cyrus in a “Wrecking Ball” inspired segment of YouTube Rewind 2013. Likewise, on January 30, 2014, she appeared in season four of Ridiculousness. Jenna Marbles then appeared as herself in Smosh: The Movie.

And in the year 2015, she unveiled a wax figure of herself at Madame Tussauds New York. She was the first-ever YouTube star to be immortalized there, where hers is the first selfie-taking wax figure.

Jenna Marbles also produced a weekly podcast with her boyfriend Julien Solomita called “The Jenna Julien Podcast”. They formerly named it “The Jenna and Julien Podcast”. Topics for this podcast include stories of growing up, conspiracy theories, and YouTubers. They also sometimes feature friends, family members, and other YouTubers as guests. However, they halted the podcast in August of 2020 shortly after Marbles announced her hiatus. Her boyfriend Solomita then filmed solo podcasts in the interim prior to the end of the podcast.

Jenna Marbles released a brand of dog toys called “Kermie Worm & Mr. Marbles”. The toys’ appearances are based upon her dogs. She also created items with some of her most memorable quotes printed on them, including What are this? and Team legs!”. Jenna also hosts a weekly pop countdown on SiriusXM Hits 1, “YouTube 15”. Then in 2016, she became an executive producer for Maximum Ride, a film based on James Patterson’s series of novels of the same name. 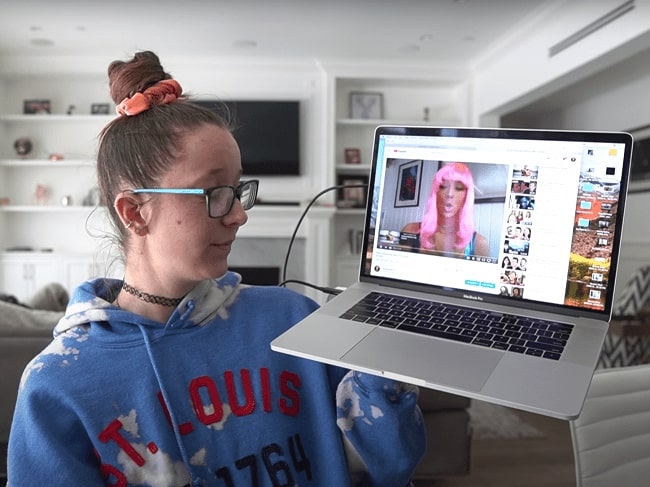 Caption: Jenna Marbles in the video where she announced her indefinite hiatus from Youtube. Source: The Independent

On June 25, 2020, Jenna uploaded a YouTube video where she apologized for past offensive comments and blackface. In this video, Jenna also announced her indefinite hiatus from her YouTube channel. Then on June 26, 2020, her boyfriend Julien Solomita confirmed via Twitter that he would be taking a break from his own channel too. He also mentioned that the couple’s joint podcast and Twitch streams would be put on indefinite hiatus as well.

Jenna Marbles is currently in a romantic relationship with YouTube creator Julien Solomita. The lovers have been together since 2013. Prior to her relationship with Julien, Jenna was romantically involved with Max Weiz. They were together for a long time but parted ways in 2012. 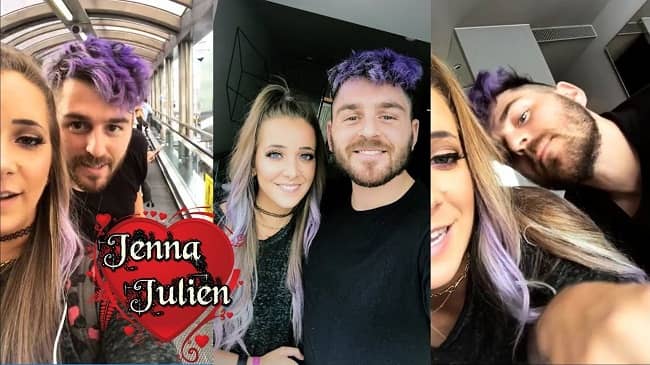 Caption: Jenna Marbles posing for a photo with her lover Julien. Source: Youtube

Jenna Marbles stands tall at a height of approximately 1.66 meters or 5 feet 5 inches. Likewise, her chest-waist-hip measures are 36-23.5-34 inches respectively. Other than this, there is no information regarding her weight, dress size, shoe size, etc. Further, Jenna has beautiful blue eyes and naturally brown hair.

Talking about her social media presence, Jenna Marbles joined Twitter in August 2009 and so far has over 5.2 million followers on her @Jenna_Marbles account. Likewise, she goes by @jennamarbles on Instagram. This handle boasts 1,077 posts shares and over 6 million followers at the time of writing this biography.